Currently, a period of the redistribution of active lava flows seems to be taking place around the volcano, with the flows affecting La Laguna appearing to have almost stopped and receiving a smaller contribution of lava than previous days. As such, the area affected by lava flows has only increased by 3.4 hectares relative to the previous days, with 849 hectares now estimated to be covered. However, the progress of this flow is still being heavily monitored, especially its potential path in relation to if it would pass to the north or the south of La Laguna Mountain. Multiple small partial collapses in the main lava emission vent (which has formed a conelet of welded pyroclasts on the main cone) are thought to be the reason for this redistribution, as well as the development of lava tubes. In the afternoon, a new lava flow to the south of the main cone upstream of Corazoncillo was observed, although its progress is slow, in part because it entrains a lot of the ash and pyroclasts deposited in this area as it moves, which increases its viscosity.

Earthquake activity remained increased, with events recorded both at intermediate (10-15 km) and deep (20-40 km) depths. 111 events were recorded, peaking at 4.9 mbLg. SO2 emissions dropped markedly to 3,200 tons per day, although this is an underestimate, and the ash and gas plume reached 3000 m.  The tremor remains high, with pulses of intensification. Deformation remains stable at stations closest to the eruption, although a slight regional deflation is still recorded further from the eruption. Regarding air quality, the alert threshold (500 μg/m3) with respect to SO2 was exceeded in Los Llanos in the morning, and El Paso, Puntagorda and Tazacorte also briefly exceeded the alert threshold during the day, with poor air quality remaining until around 4pm local time, after which SO2 concentrations lowered. PM10 concentrations remained low in the majority of the stations with the removal of the Saharan air mass, except Los Llanos, which recorded high levels around midday local time.

An image of the eruption and lava delta on the 23rd, taken from a boat. Image credit: INVOLCAN 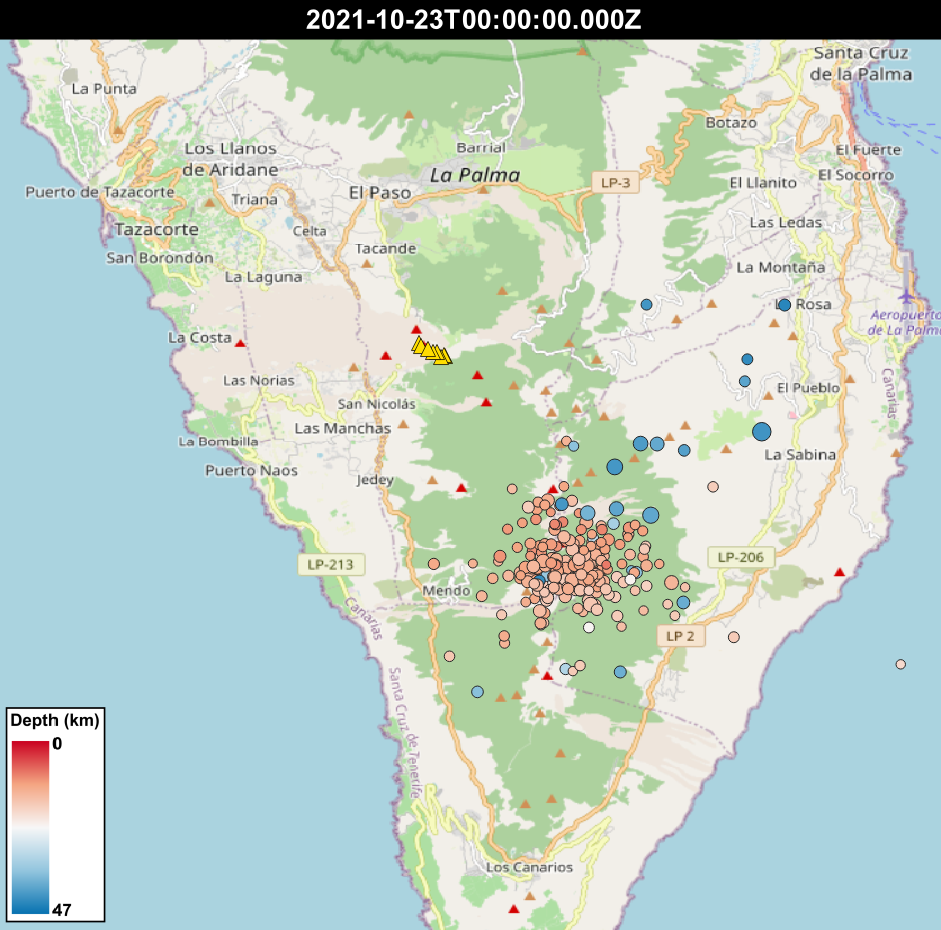 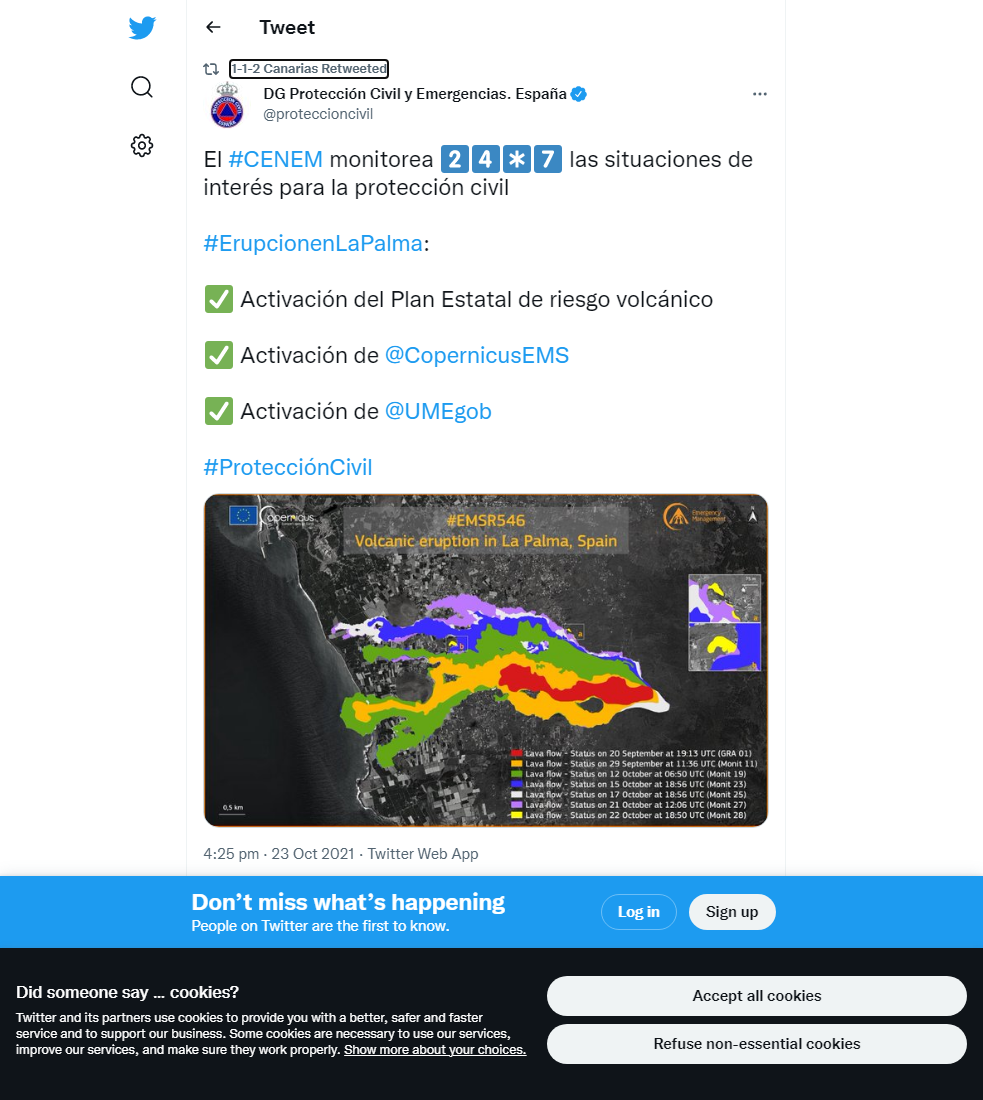 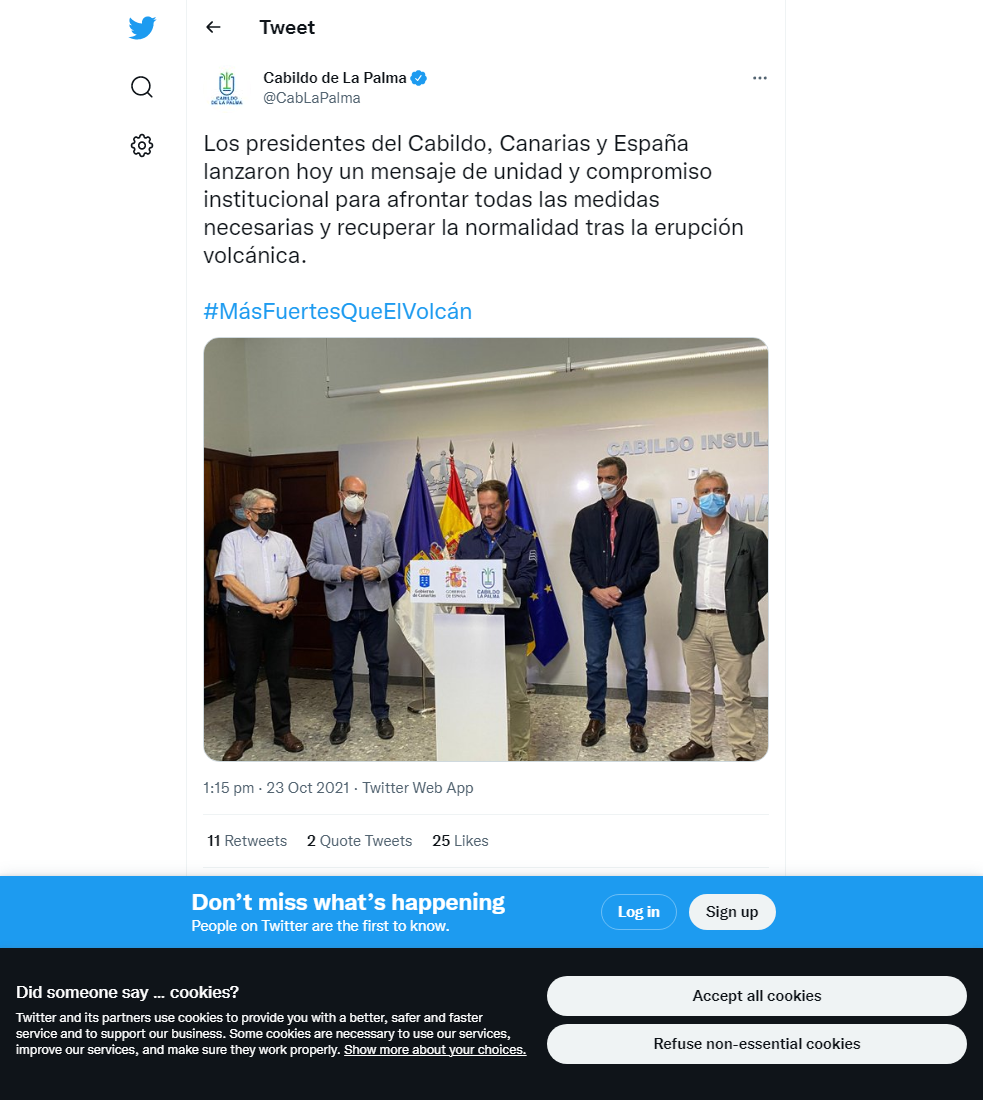 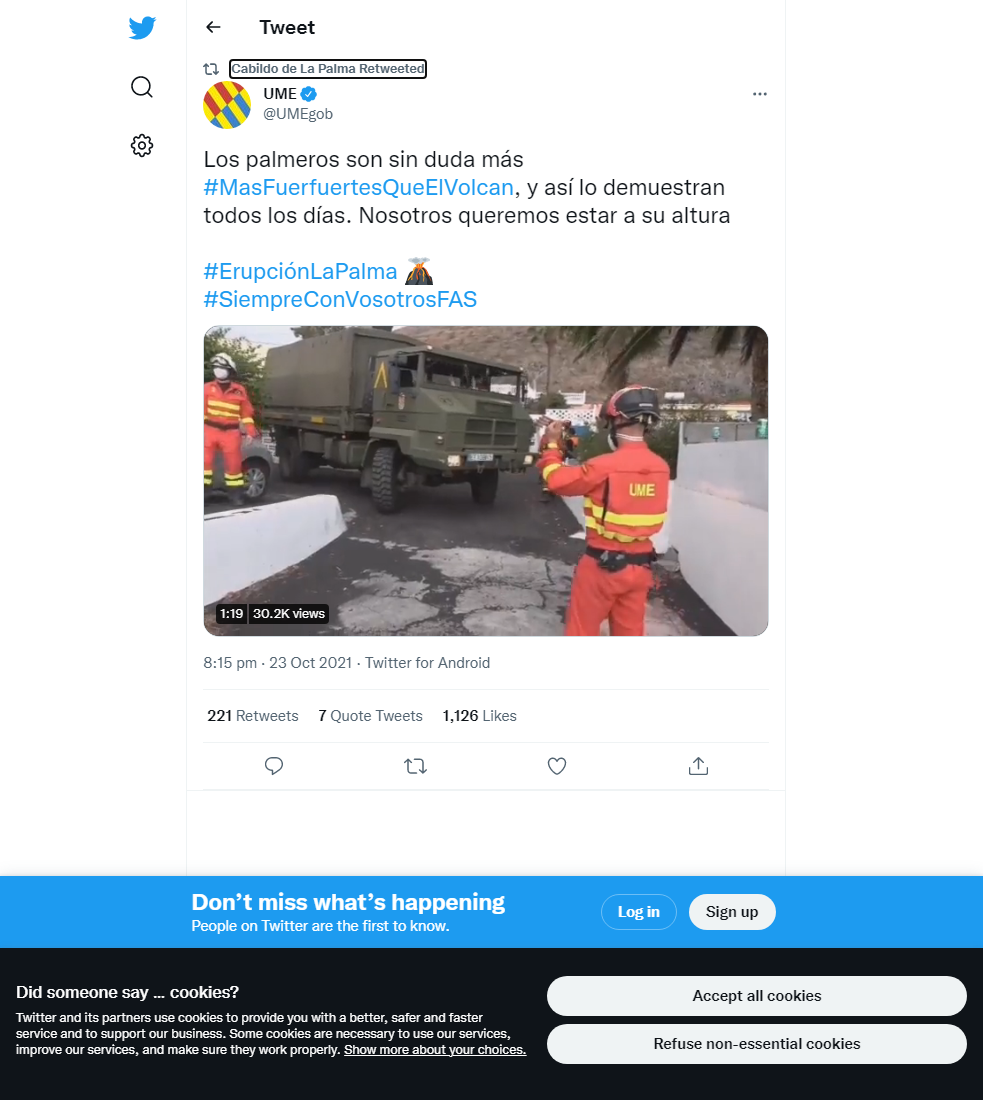 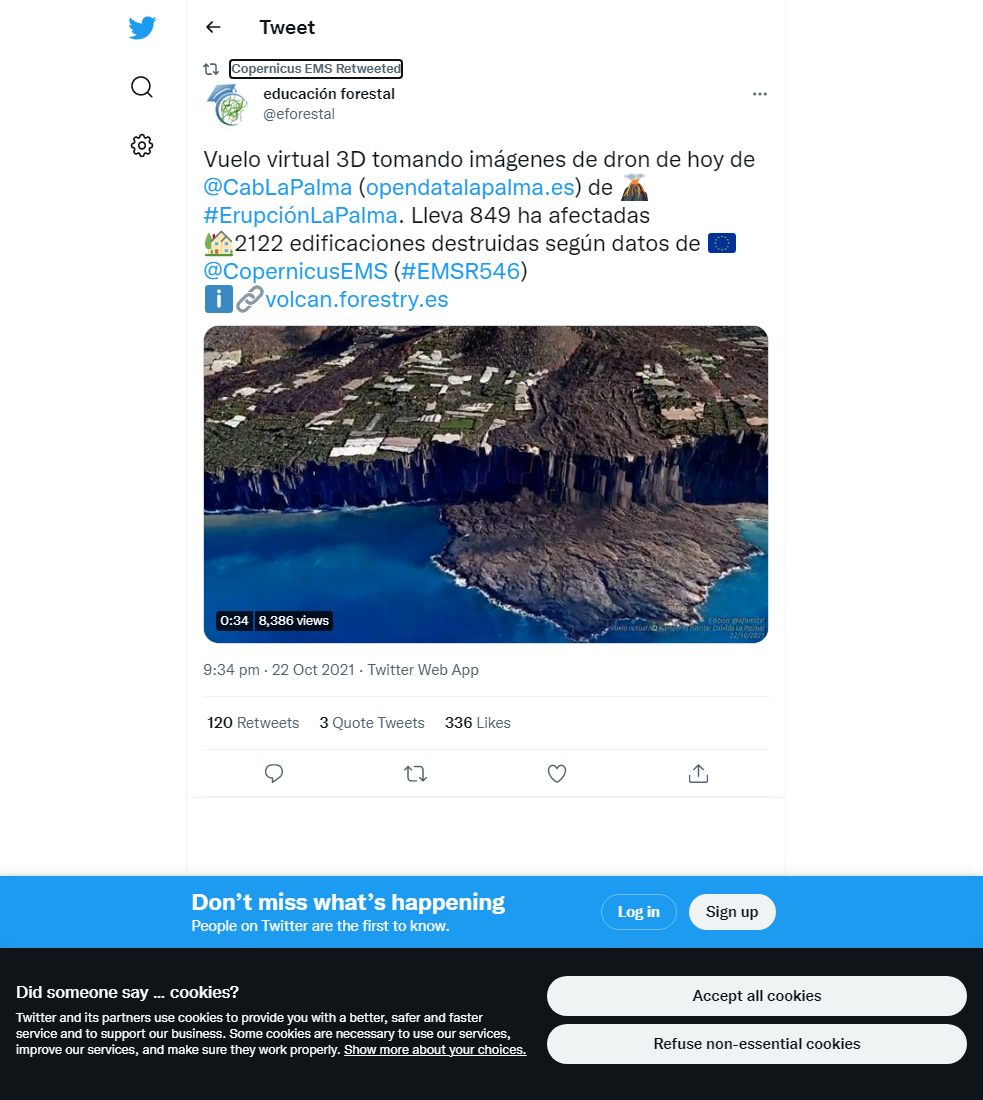 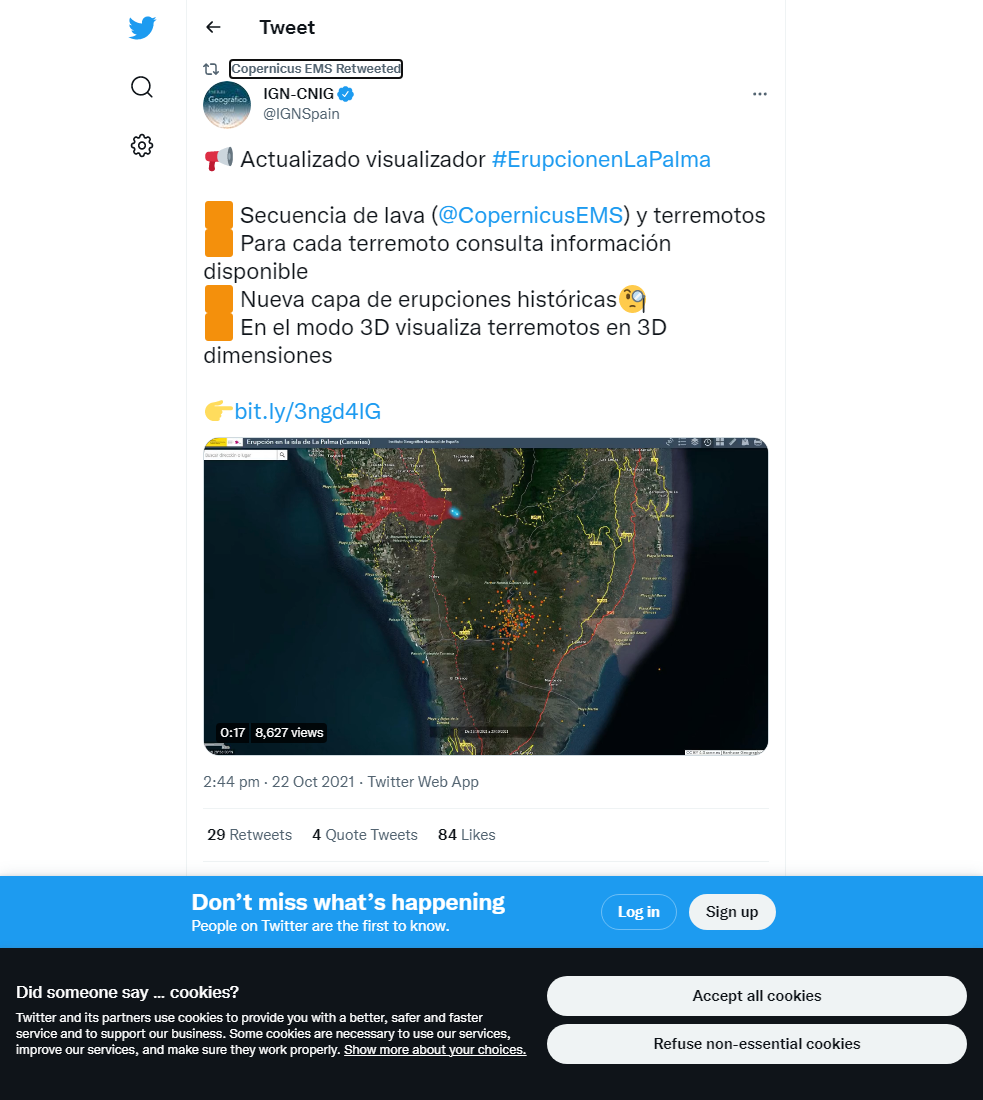 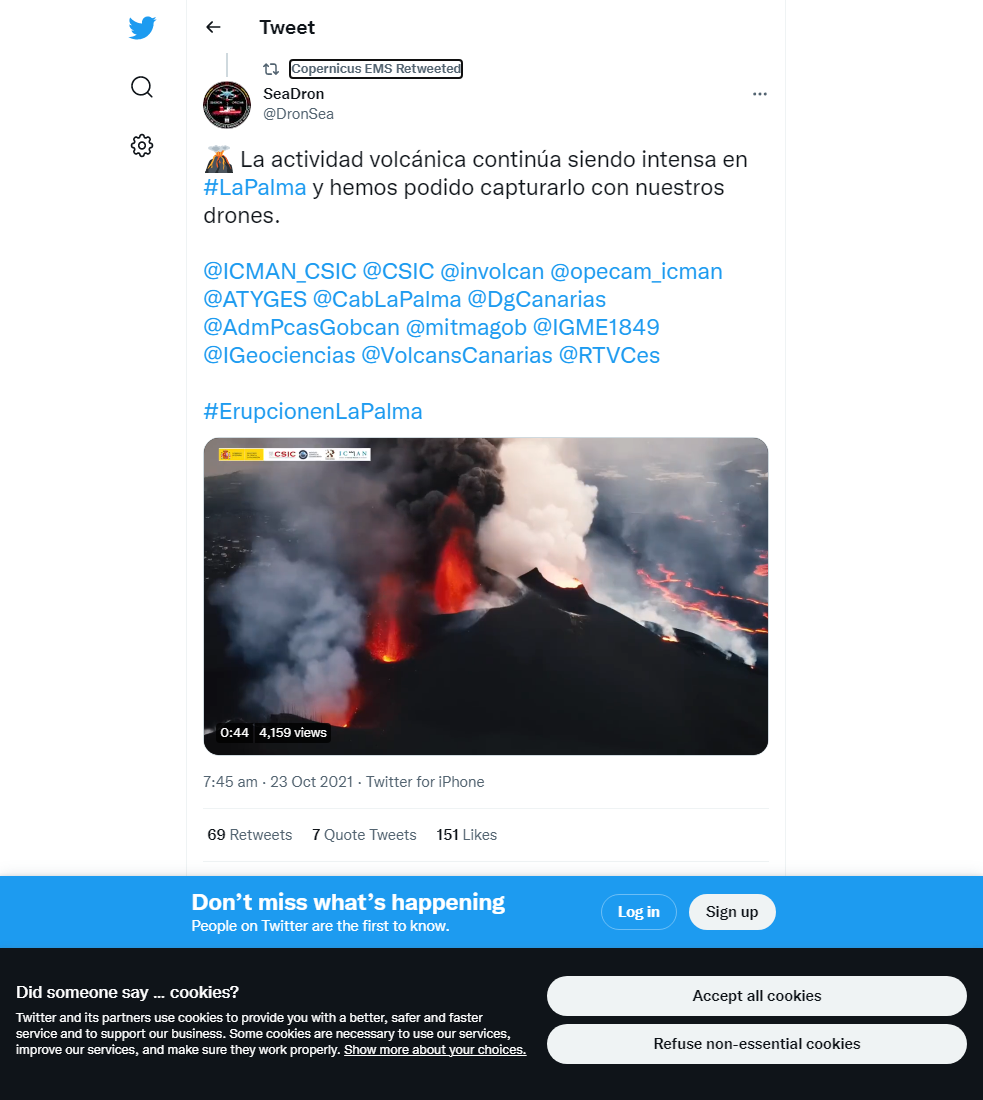 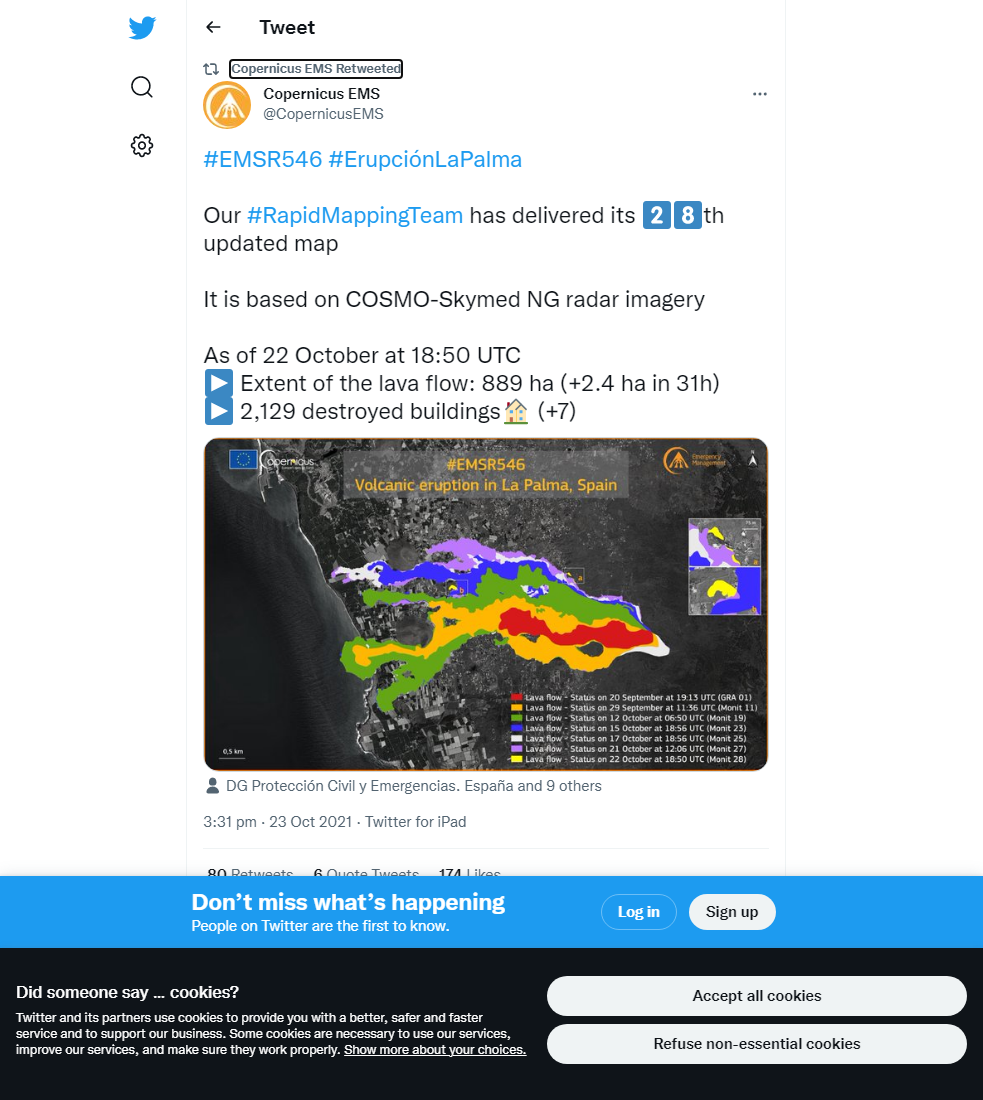 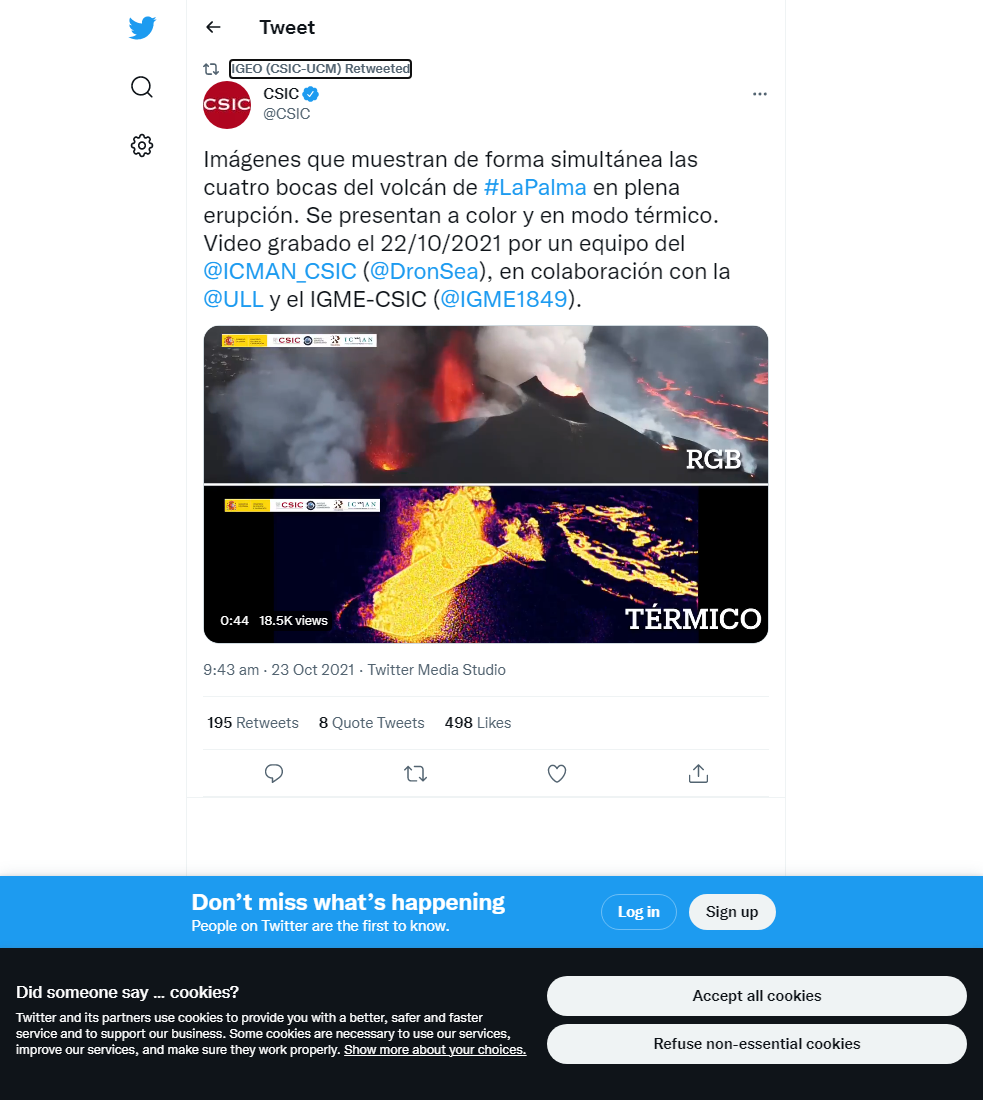 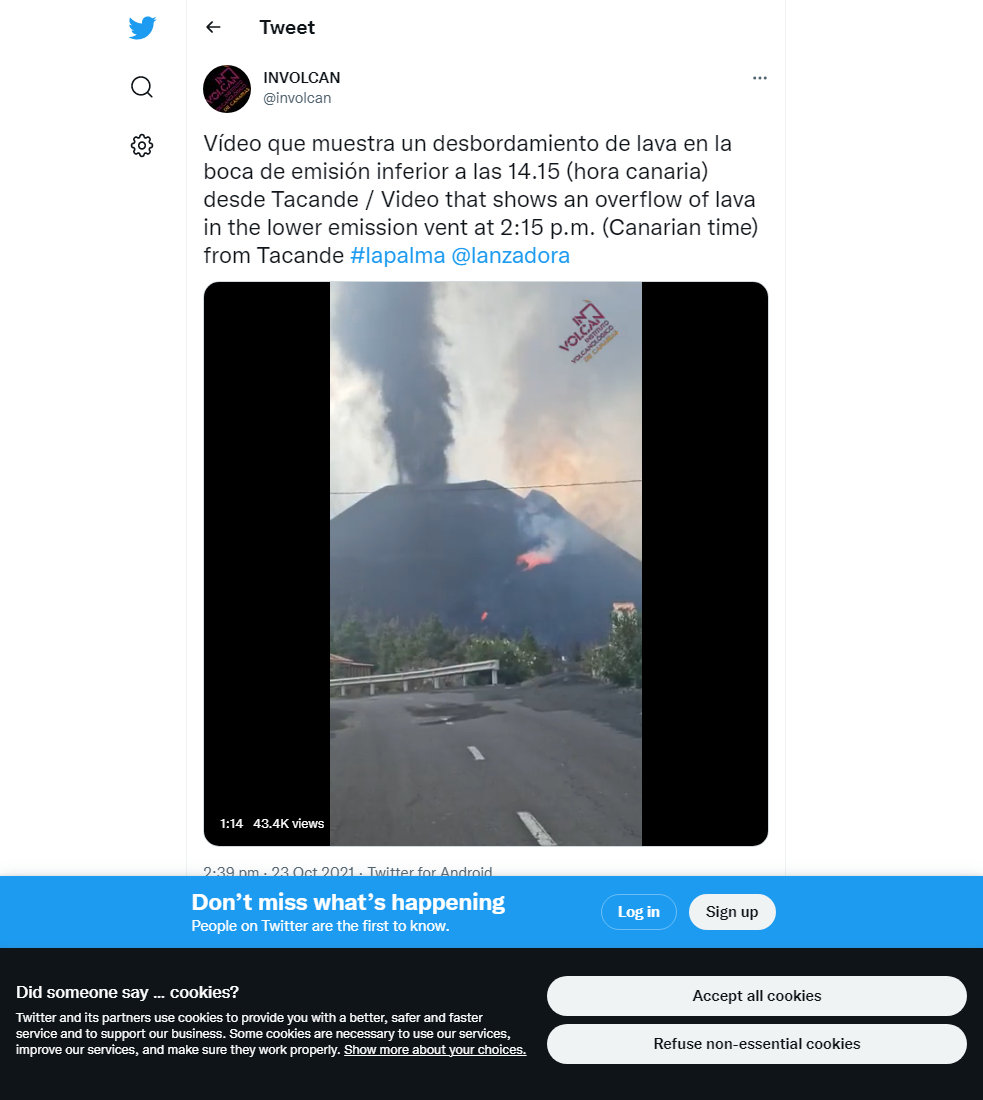