11 Dec La Palma eruption update 11th december 2021: The active lava flows are travelling over previous flows in the centre and south of the flow field

The surface activity and emission of lava remains concentrated around the effusive vents to the west of the main cone, which emits lava flows that continue to travel over previous flows, in the central and southern areas of the lava flow field. Generally, activity in the main cone has been limited to weak strombolian activity, degassing and ash emission from the southeast vent, although there are still periods of more intense ash emission and strombolian activity. PEVOLCA has been keen to stress that although the emission of lava is reduced relatively to previous days and weeks, the danger from volcanic gases is just as persistent as ever.

Seismicity remains low, with only 21 events being recorded yesterday, peaking at M2.9, being recorded largely at intermediate depths (<20 km). This trend is also mirrored in the tremor, which remains as low as yesterday, albeit with more variability. Deformation too remains similar throughout the network, with no observable trends close to the eruptive centre, and stability in more distal stations.

Today, access to the exclusion zone is allowed from both the north and south, although only from the sea in the south. SO2 levels away from the exclusion zone yesterday briefly reached very unfavourable levels in Tazacorte, although they only reached regular levels in Los Llanos de Aridane and Puntagorda, and levels in all other stations remained good. PM10 concentrations have increased slightly relative to yesterday, and this trend is expected to continue over the next couple of days, as Saharan dust is in the forecast. Yesterday, all stations remained at reasonably good levels, except Las Balsas and La Grama which were at regular levels. 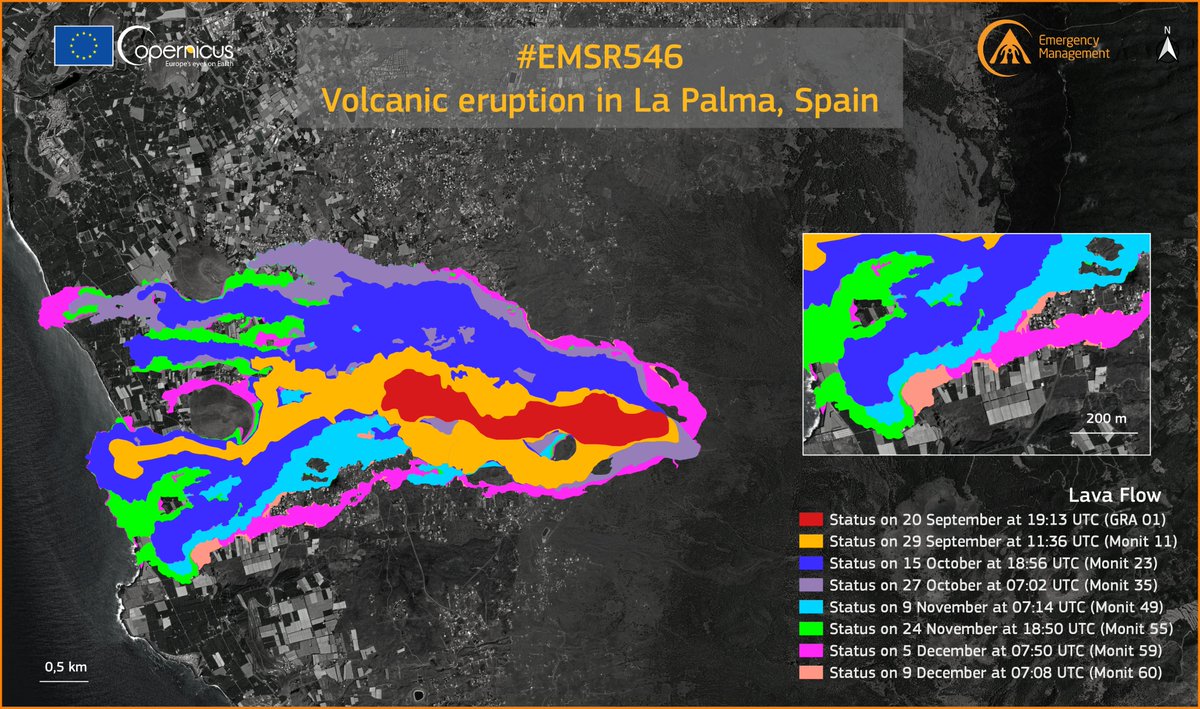 The latest map of the lava flow extents from the 9th December, showing the minimal new ground affected by the lava flows in the last few days. Image credit: Copernicus EMS 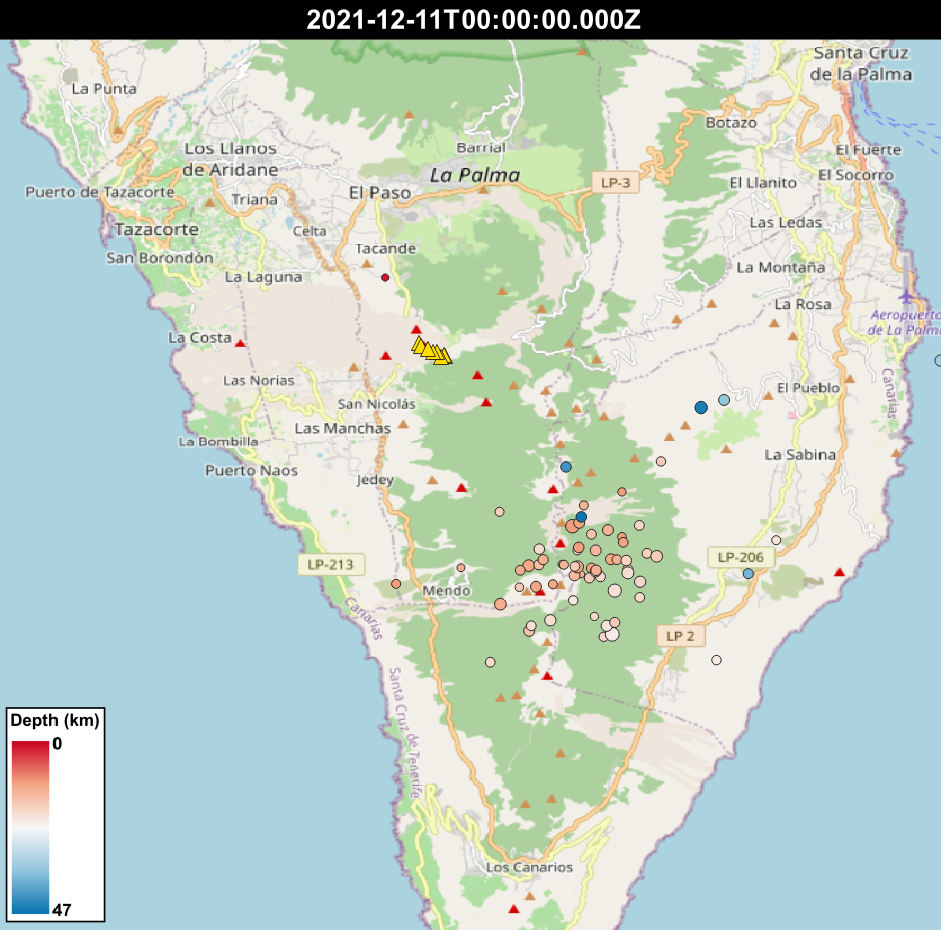 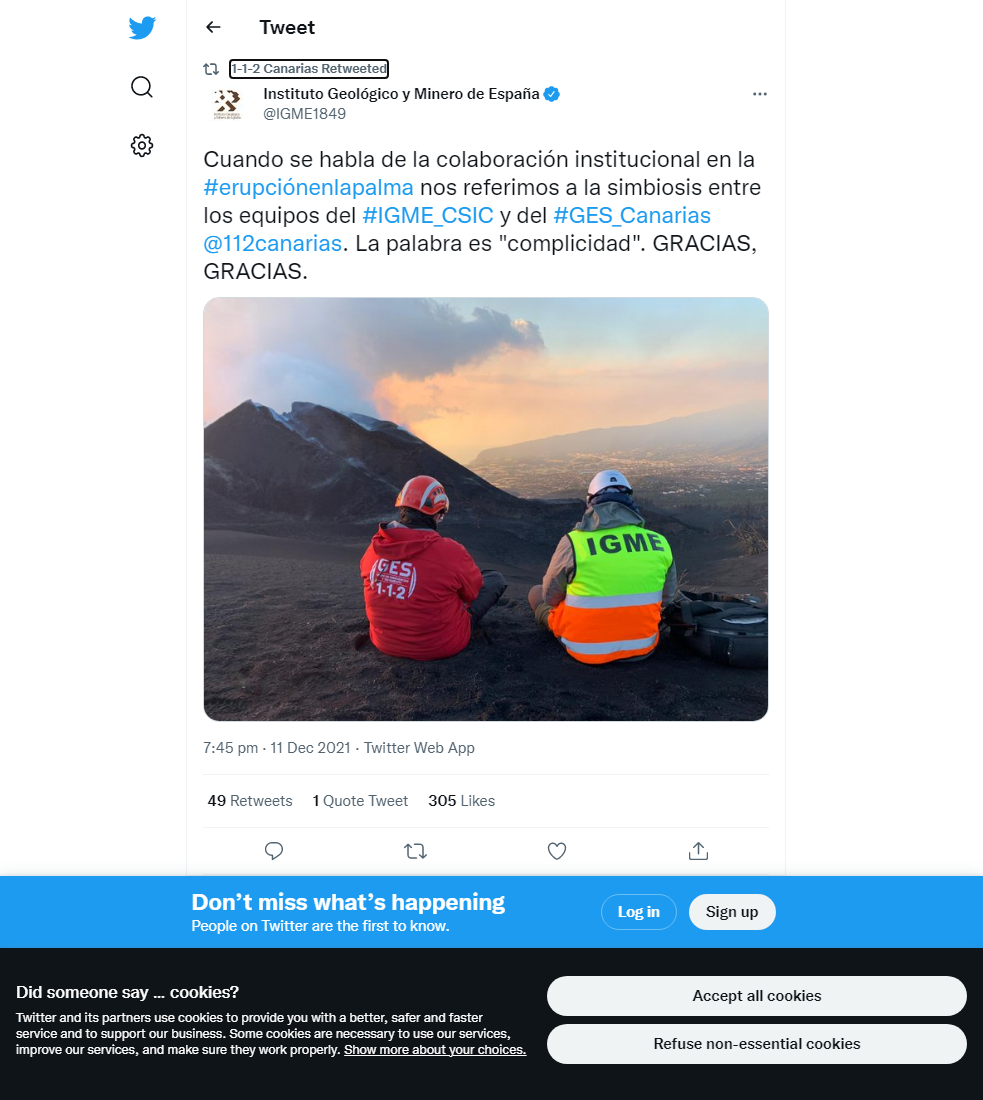 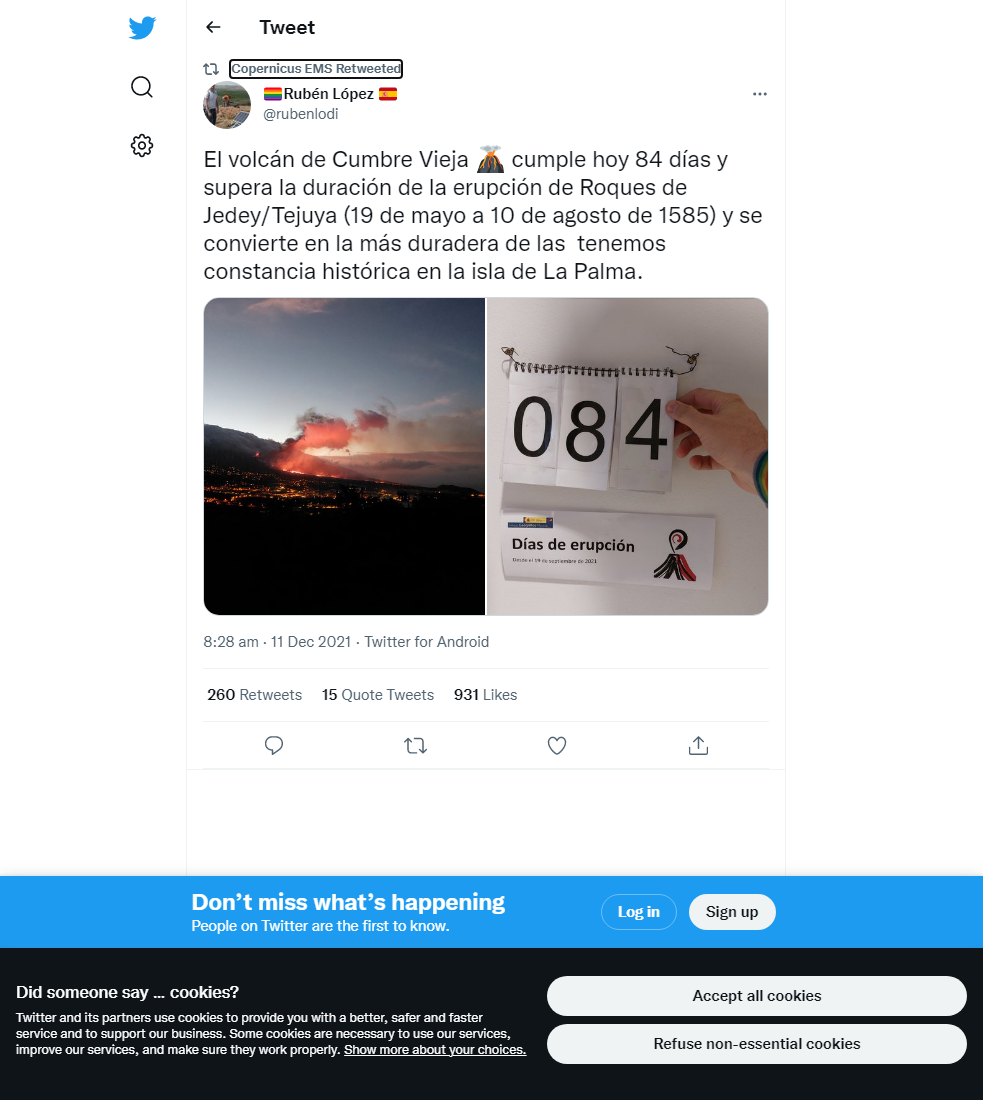 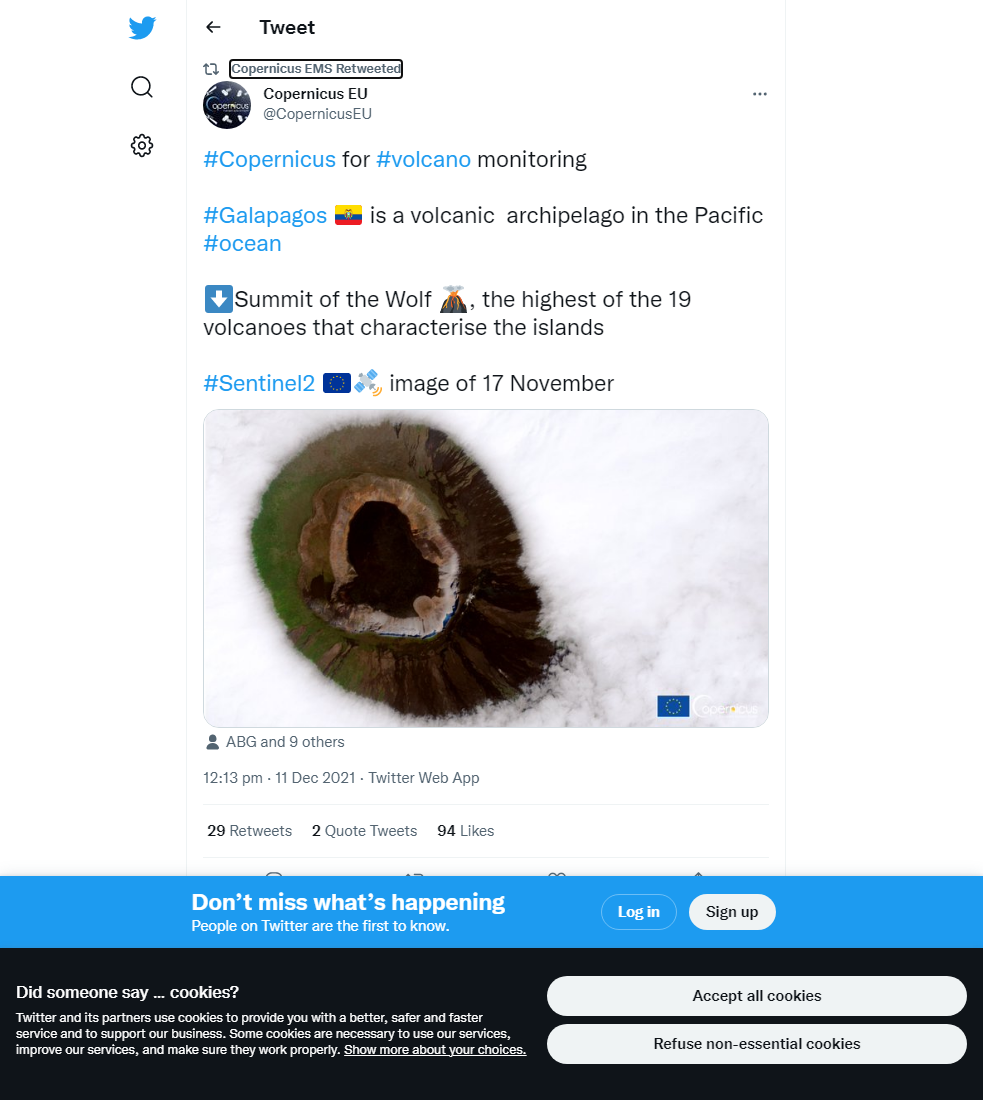 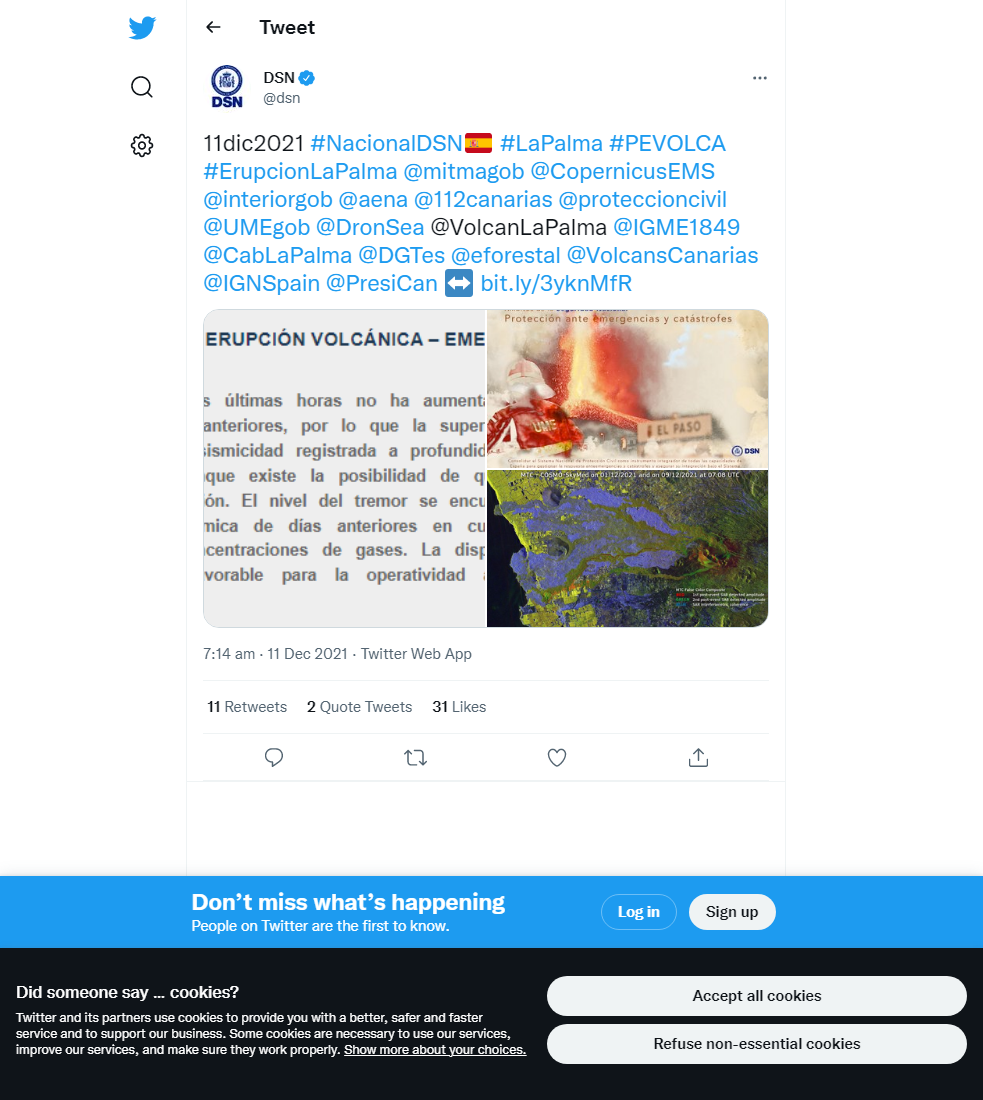 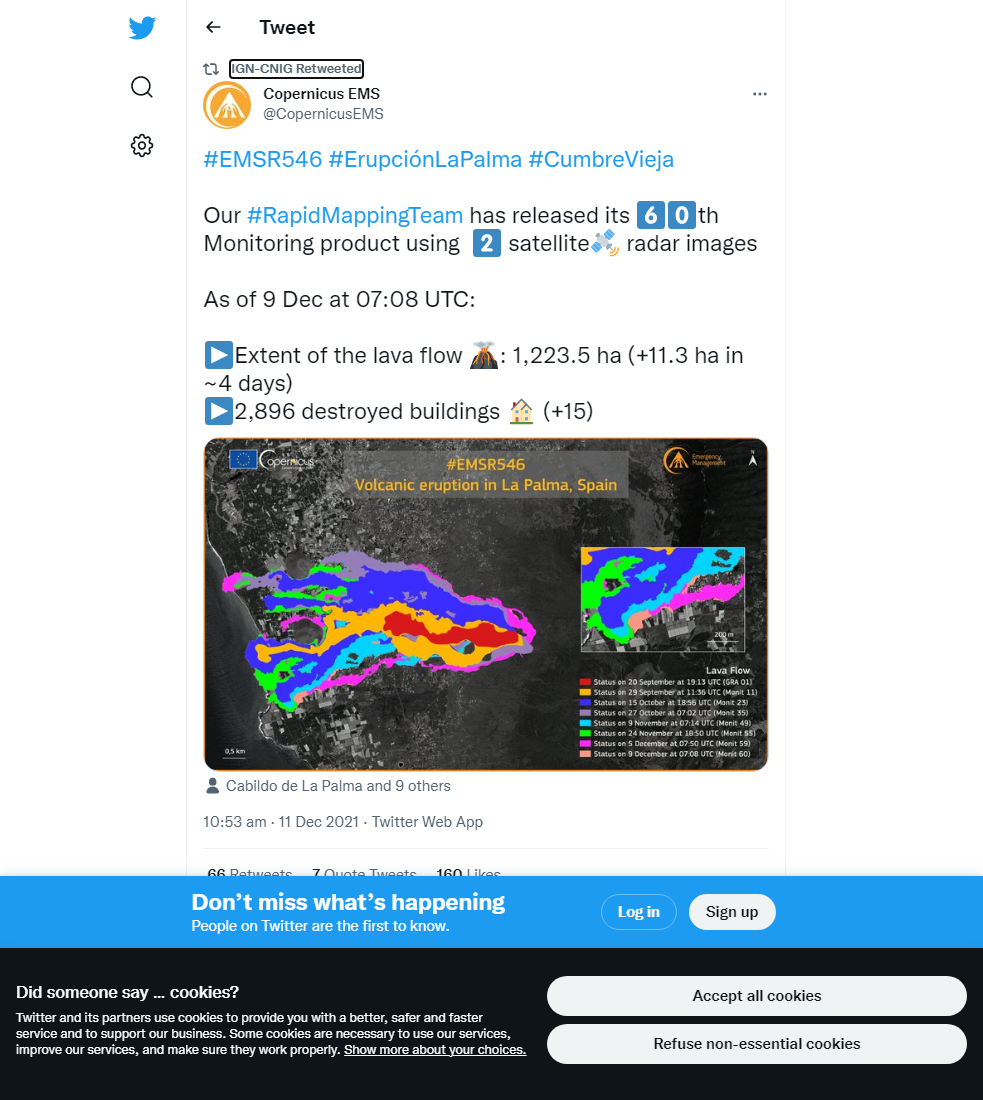 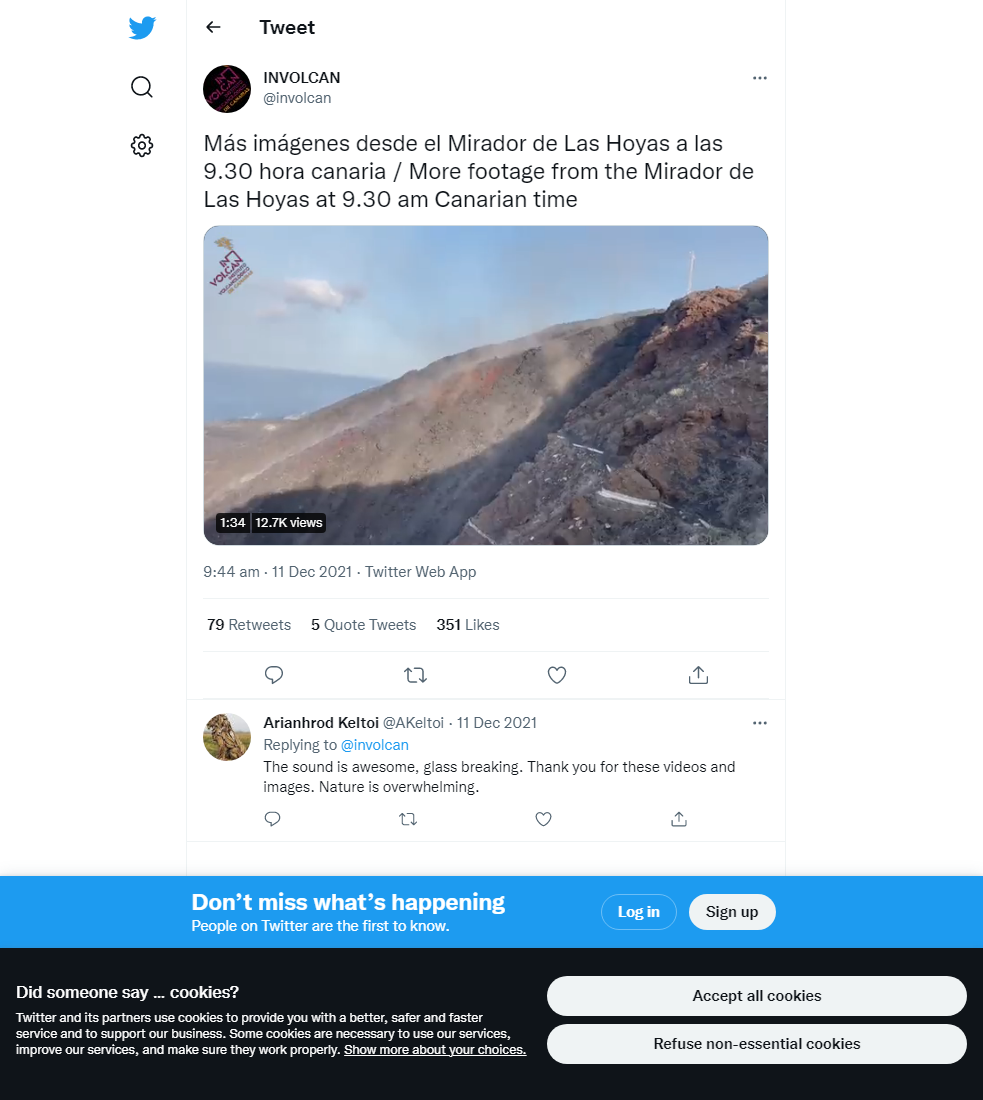 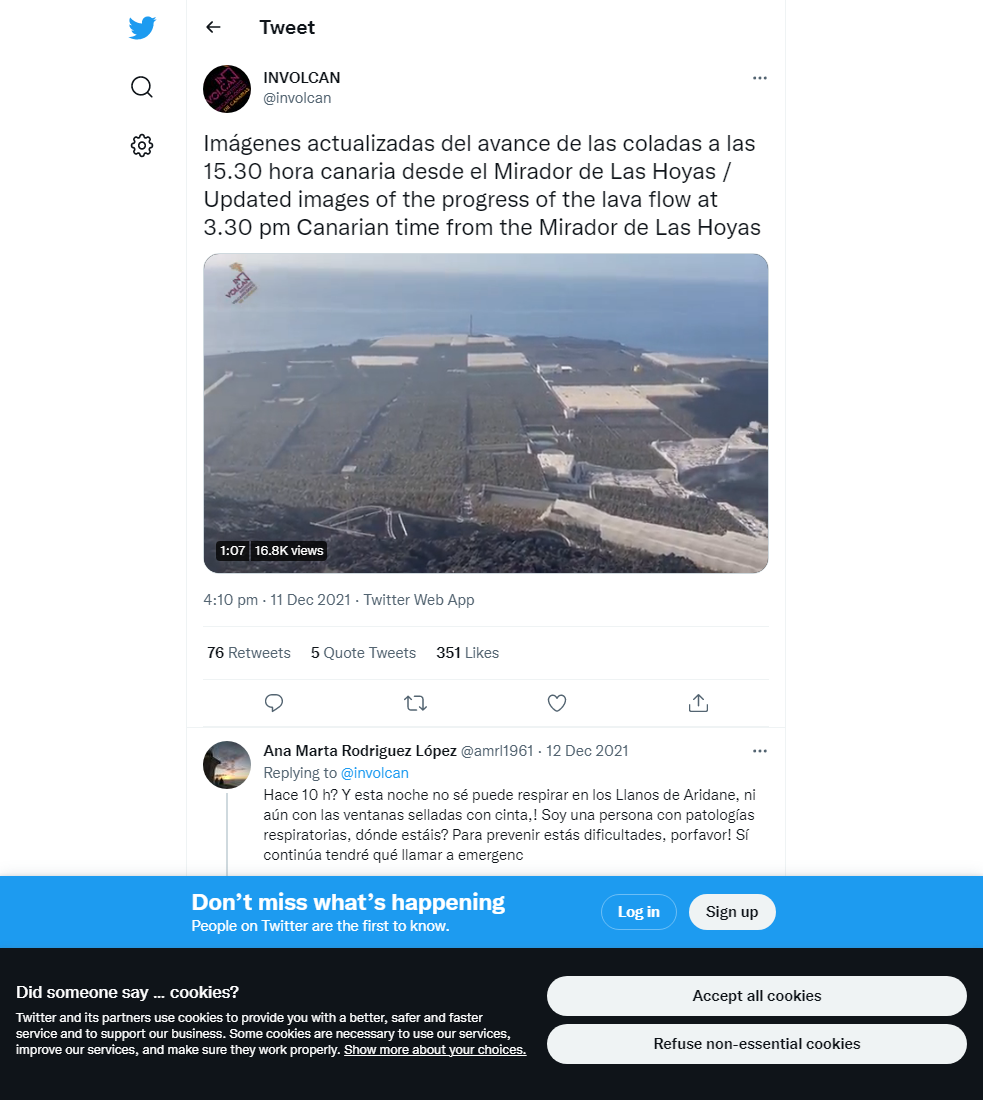 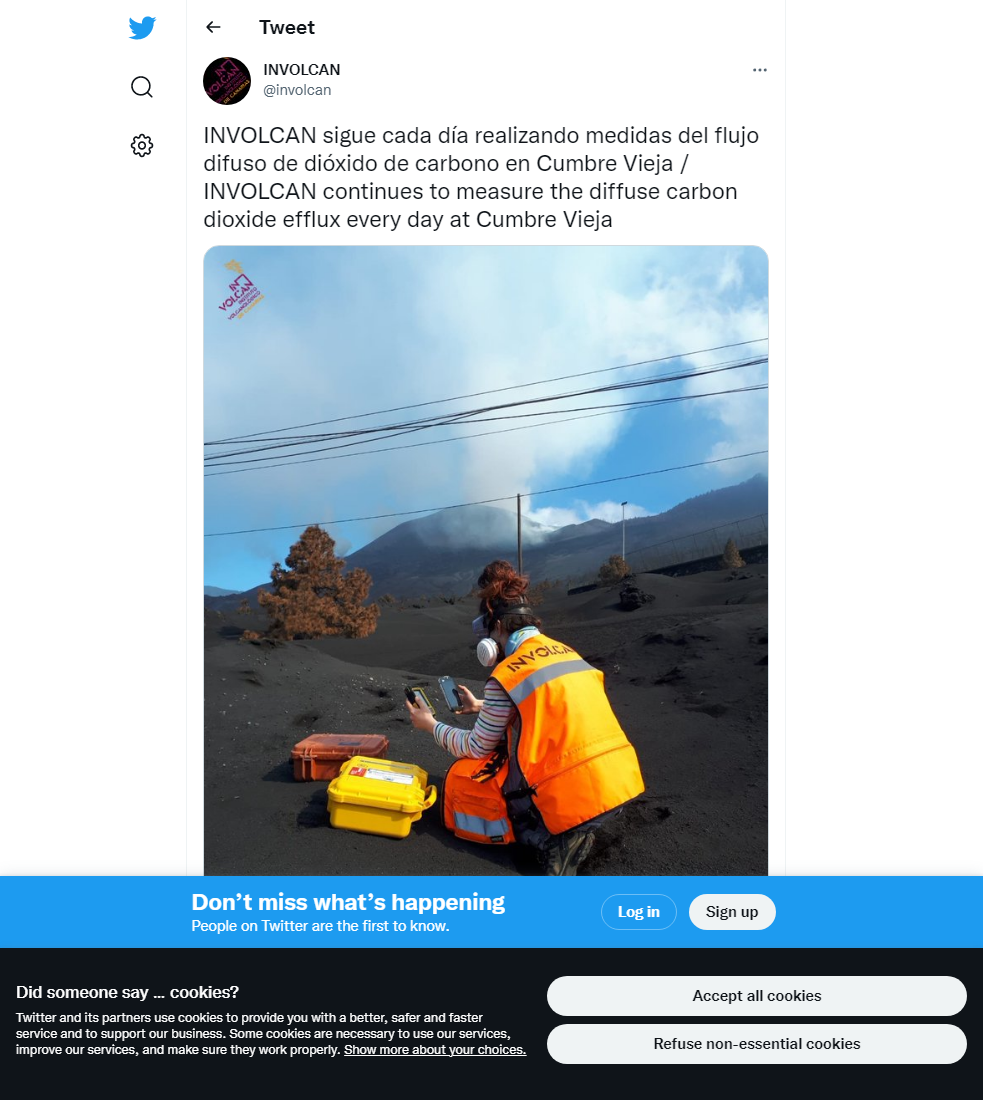 Found a broken web link? We have archived all of our news articles on the WayBack Machine. You can view the pages by 1. pasting the broken link into WayBack Machine and clicking ‘Browse History’ 2. clicking on the latest capture date and then 3. clicking ‘view capture’. Please let us know of any broken web links by contacting us at enquiries@geotenerife.com