From midday yesterday, a strong intensification in the seismic tremor occurred, and this was seen on the surface as an intensification of activity. Strong explosive strombolian activity with ash emission and lava fountaining from multiple vents in the main cone was seen throughout the day, and although the intensification decreased later into the evening, the activity remained above what has been seen in the past week or so. Tremor values have been extremely variable, and remained at elevated levels throughout the night. However, aside from a slight widening of the front of flow 9, the lava flows continue to follow the same paths from the last few days over previous flows.

Today, access to the exclusion zone from any entrances is not allowed, due to high levels of gases, in part due to a temperature inversion this morning. A confinement has been ordered this morning for residents in El Paso, Los Llanos de Aridane, and Tazacorte due to extremely unfavourable SO2 concentrations. SO2 concentrations in the remaining stations however remained reasonably good or better yesterday. A warning in the La Bombilla area specifically, although useful for other areas too, has been issued by PEVOLCA over high CO2 concentrations emerging from the soil, which can become dangerous in poorly ventilated areas or areas within a metre of the ground. This has been prompted by the observation of dead birds in the La Bombilla area, attributed to high CO2 concentrations. PM10 concentrations decreased yesterday due to the arrival of Saharan dust, and reached regular levels in Las Balsas and La Grama, and reasonably good in the rest of the stations.

Seismicity remains low, with only 22 events being recorded yesterday, peaking at M3.2, being recorded largely at intermediate depths (<20 km). This trend is also mirrored in the tremor, which remains as low as yesterday, albeit with more variability. Deformation too remains similar throughout the network, with no observable trends close to the eruptive centre, and stability in more distal stations.

A video of the eruption taken from El Paso on the 12th showing a period of intense ash emission. Video credit: INVOLCAN 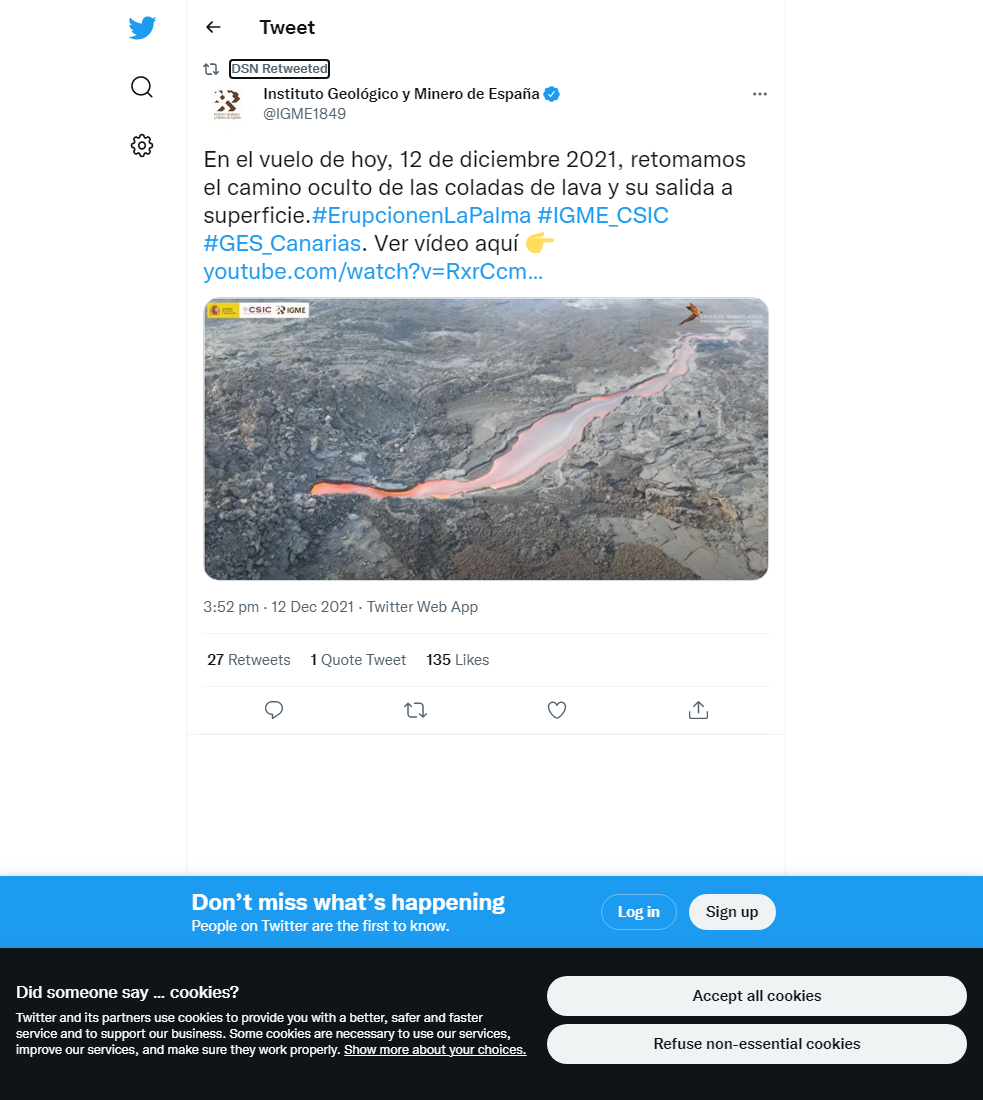 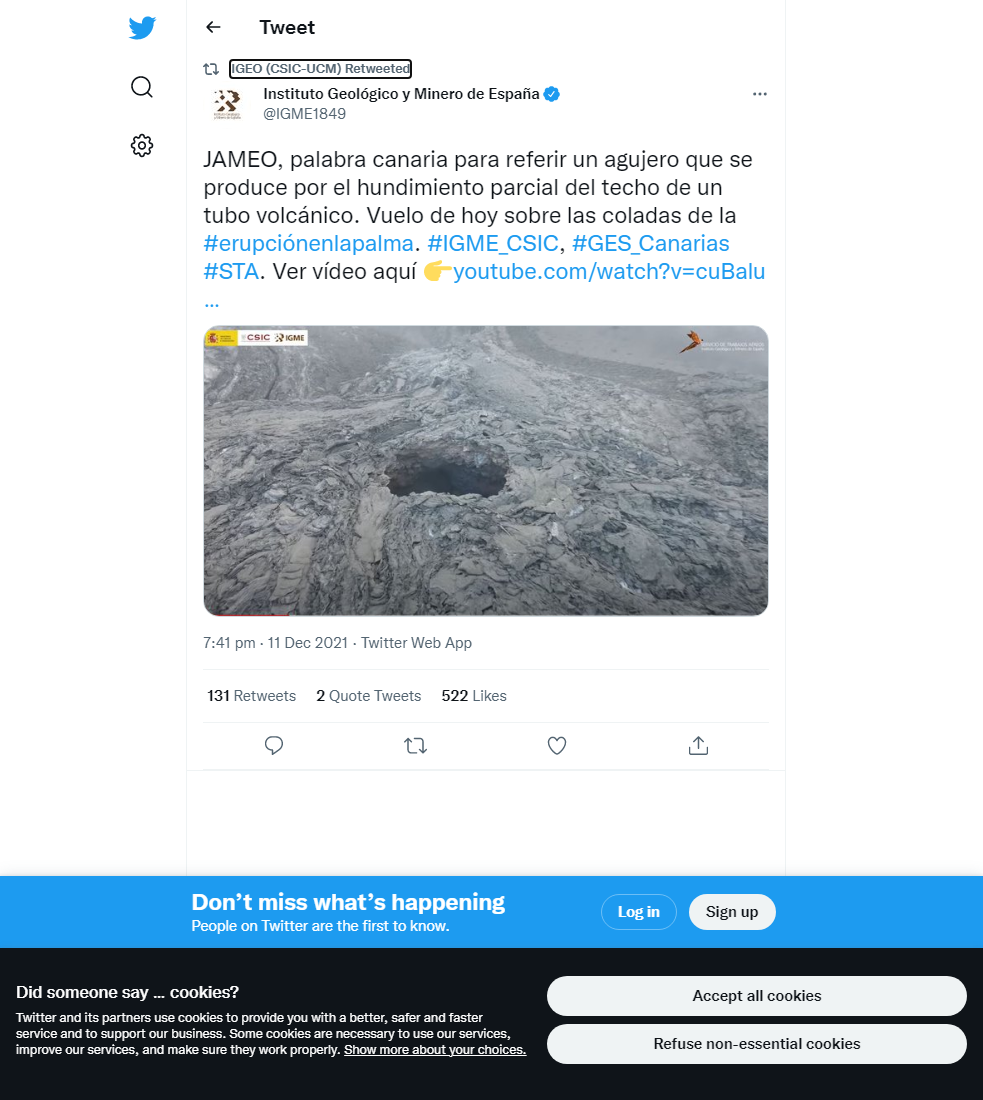 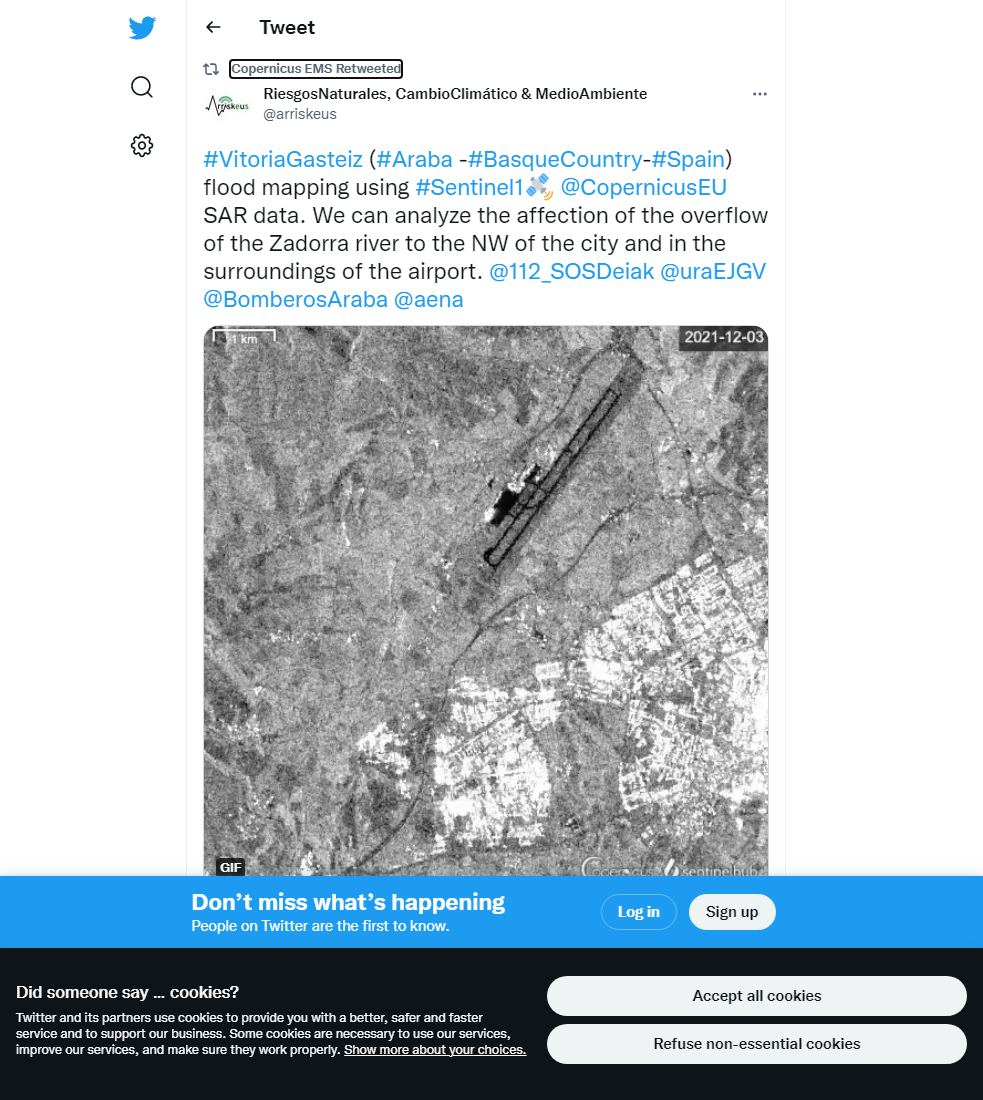 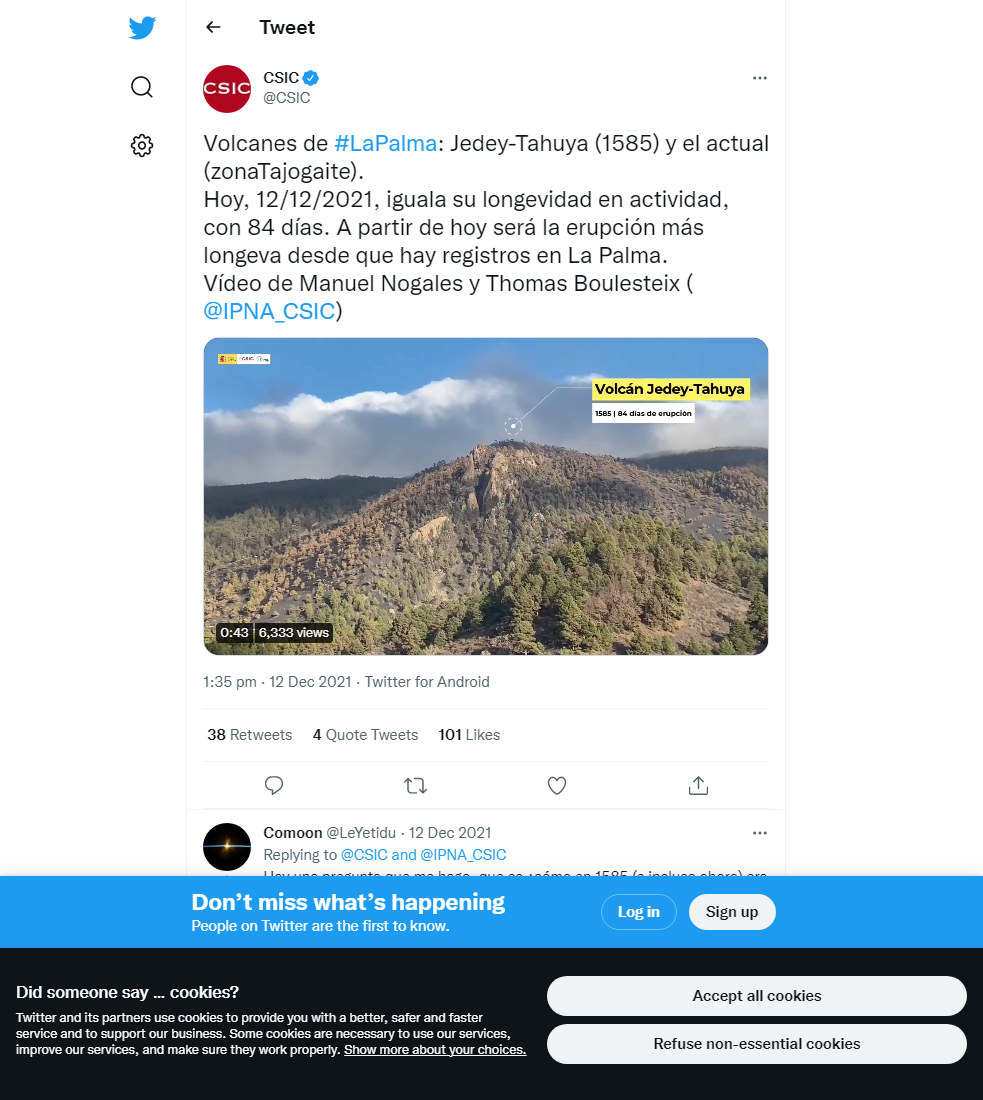 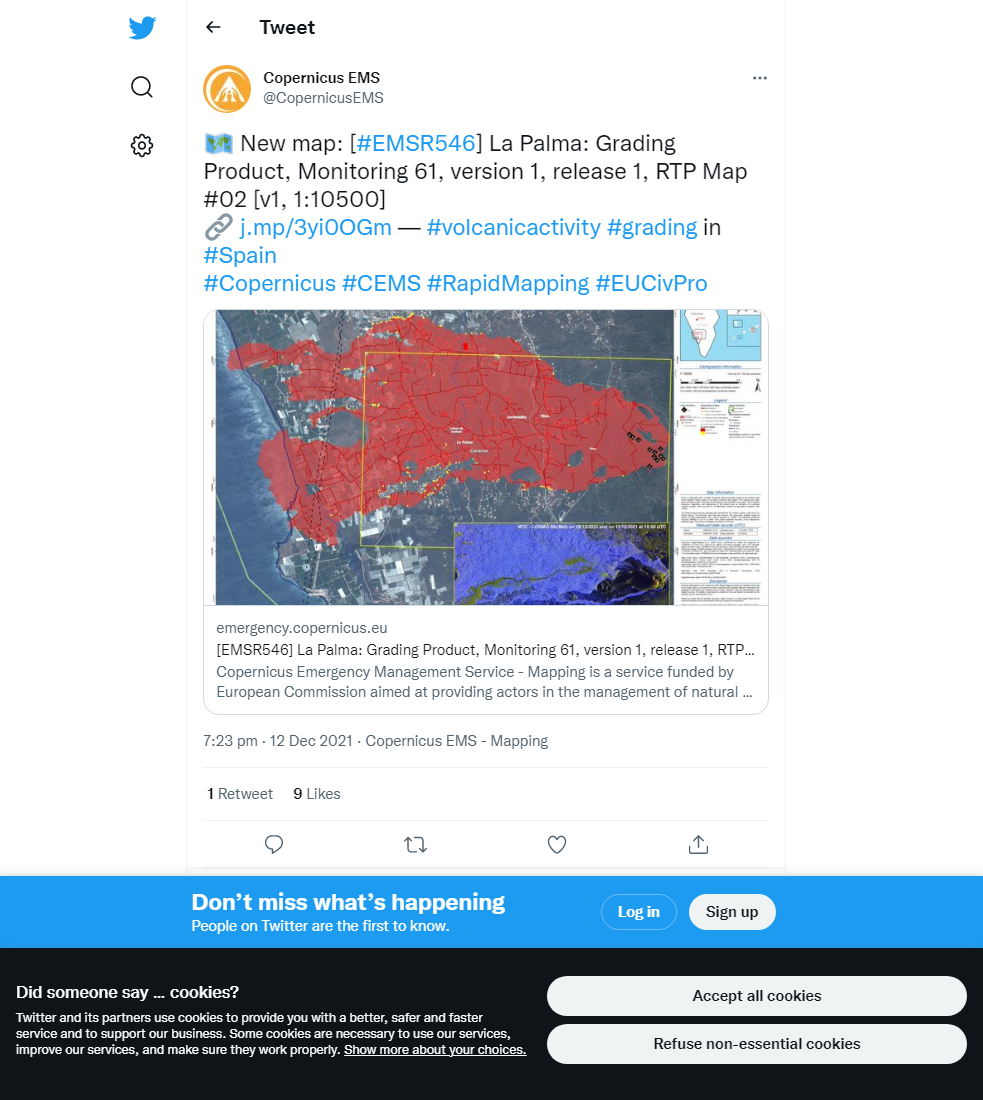 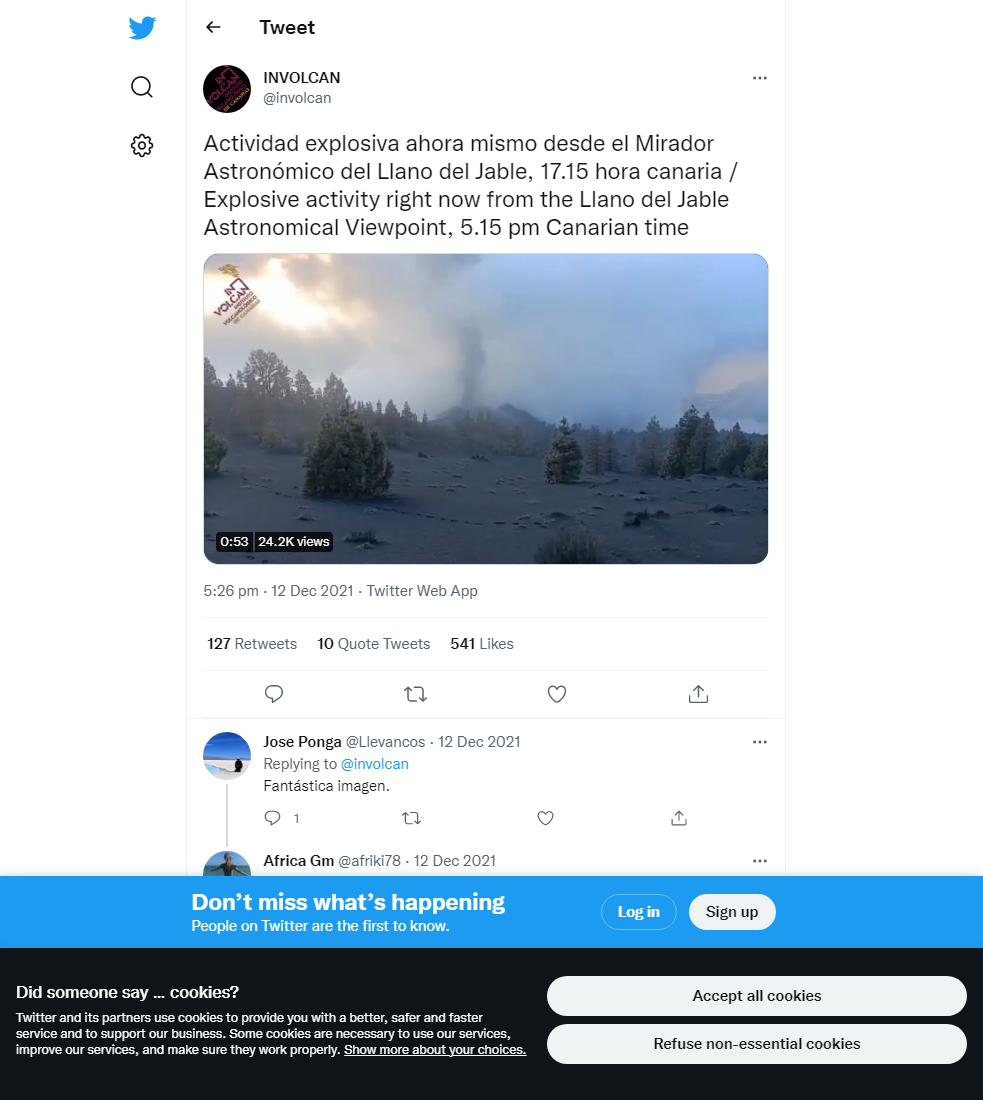 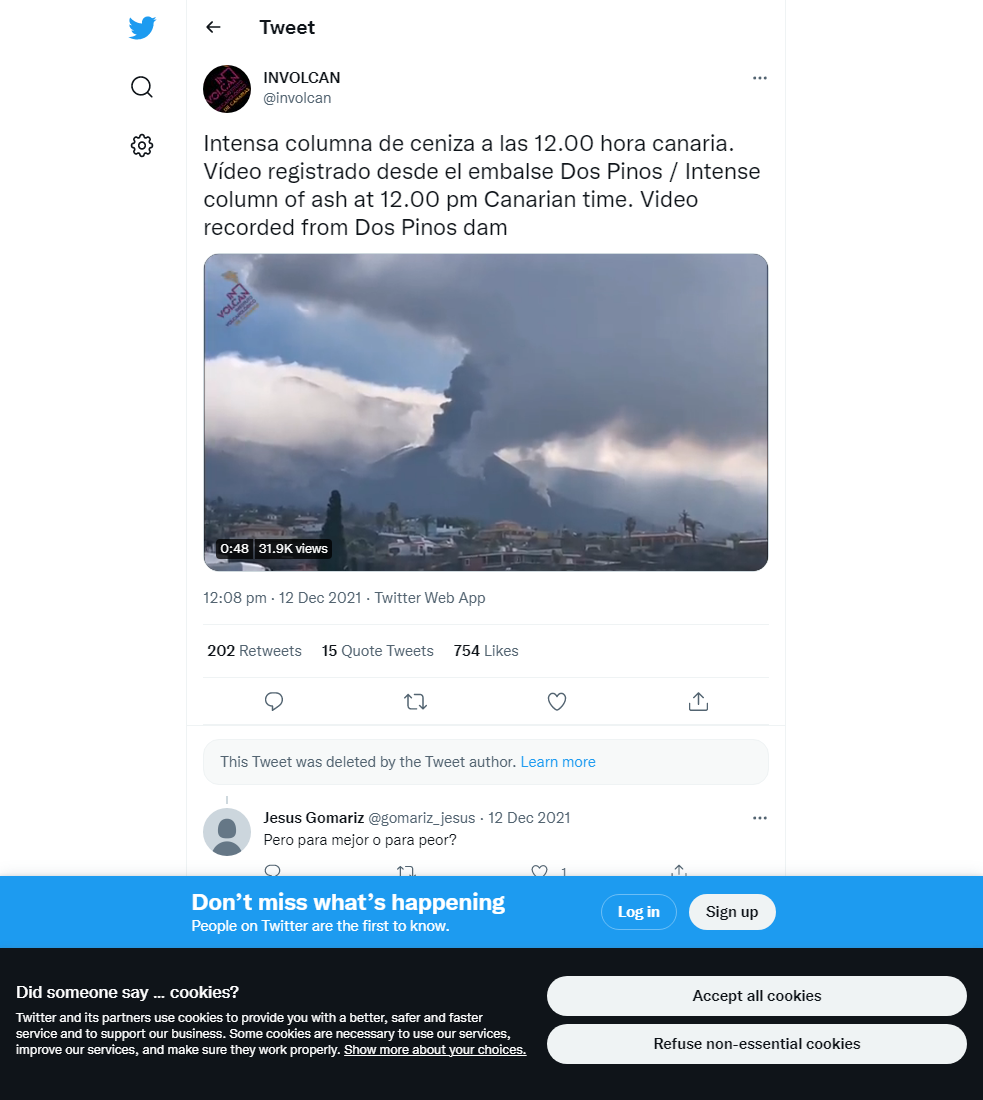 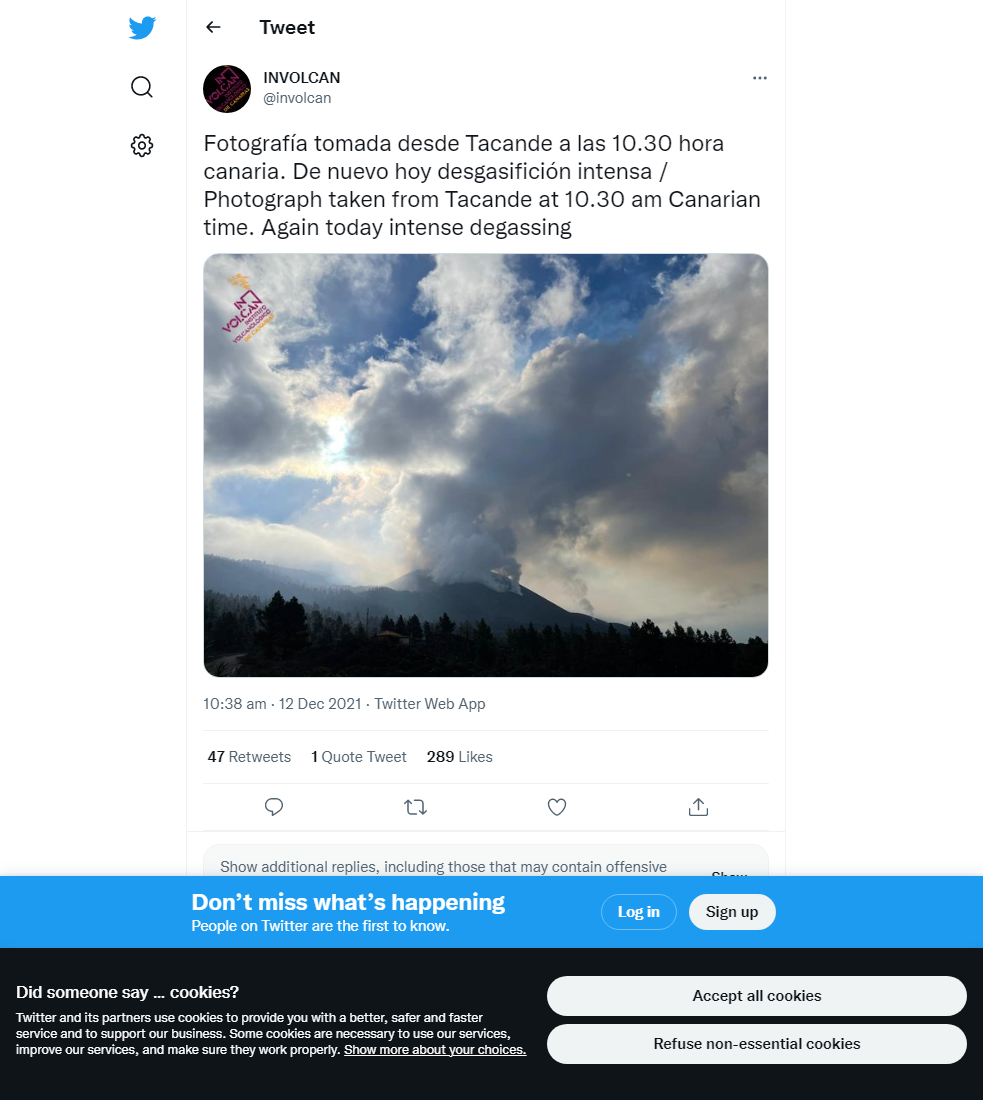