The eruption enters its 82nd day, still showing mixed strombolian activity and ash emission from several vents in the centre and southeast of the main cone. There also remains active effusive vents located to the west of the main cone emitting fluid lava flows. The only current active lava flows are those feeding flow 9, which represents the southern end of the lava delta and the flow occupying the lava delta (fajana) from the 1949 eruption. The lava flow to the south that was affecting new ground however appears to have become inactive. The cracks seen in the secondary cone have been confirmed to have produced small landslides modifying the morphology of the cones, although this has not affected broader edifice stability.

Seismicity remains low, with only 20 events being recorded yesterday, peaking at M3.0, being recorded largely at intermediate depths (<20 km). This trend is also mirrored in the tremor, which remains low with little variability, as in previous days. Deformation too remains similar throughout the network, with no observable trends close to the eruptive centre, and stability in more distal stations.

The SO2 emissions from the plume remains categorised as high although showing a decreasing trend. Today, access to the evacuated zone is only allowed from the north entrance, due to high gas levels to the south. Further away, SO2 concentrations are better than two days ago although increased yesterday, being regular in Puntagorda, Los Llanos de Aridane and Tazacorte, and good everywhere else. PM10 levels have decreased over the last couple of days, and were good in all stations yesterday except for Los Llanos de Aridane, which maintained reasonably good levels. 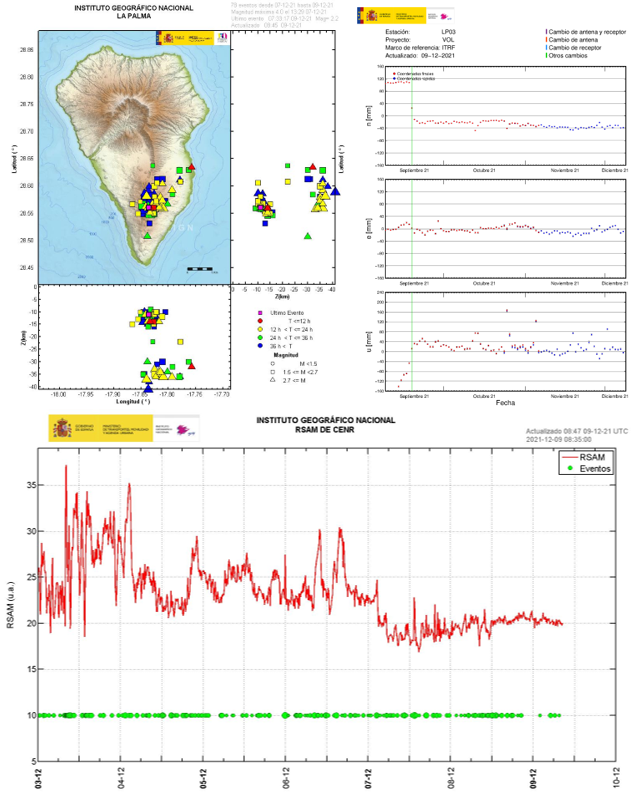 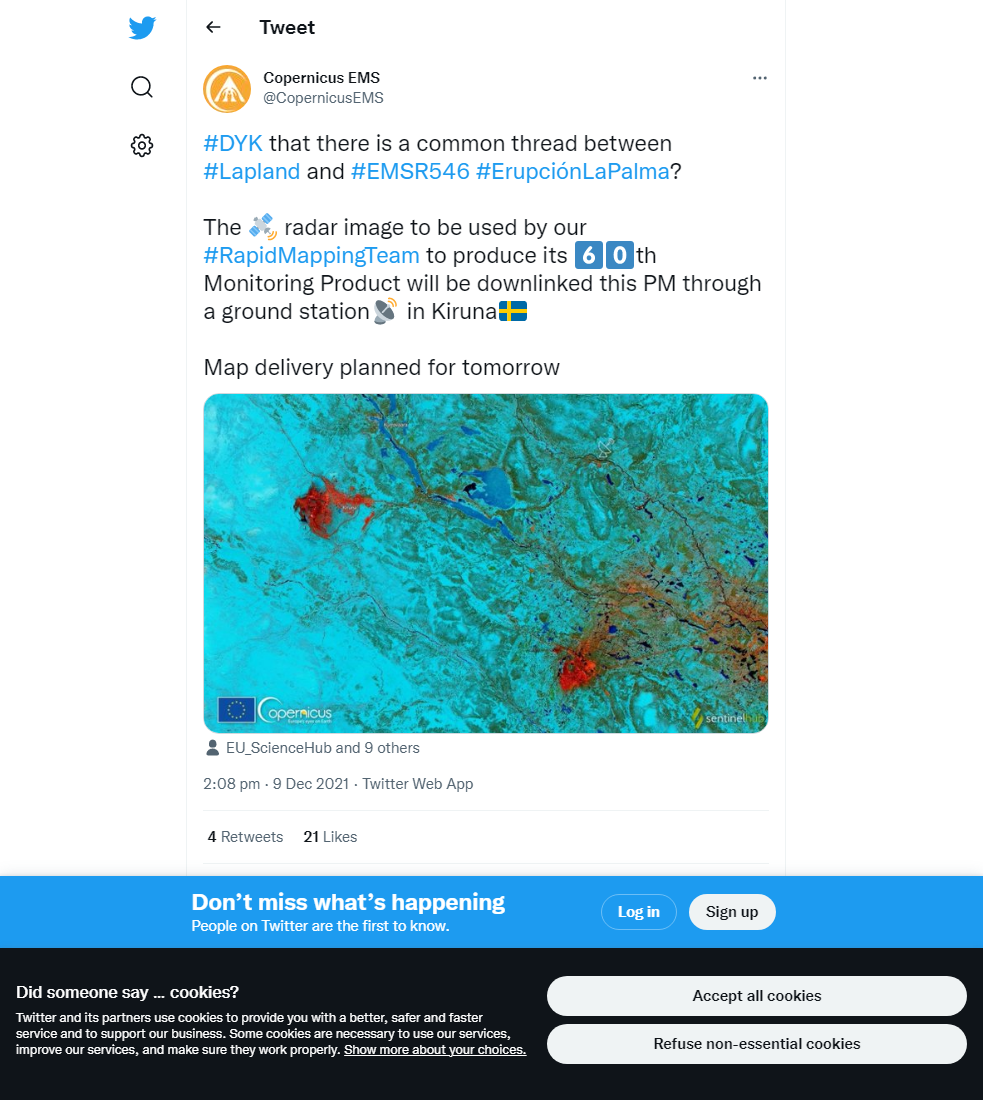 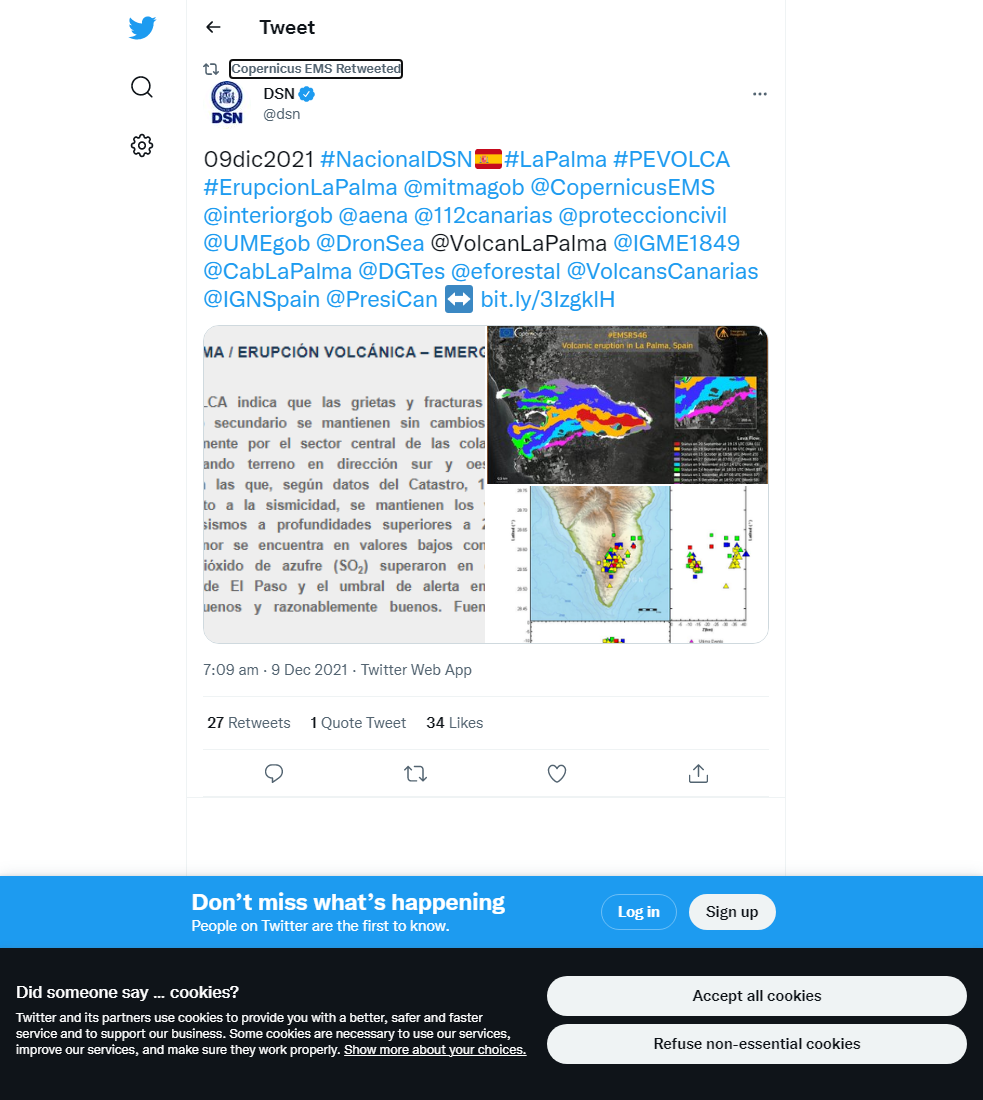 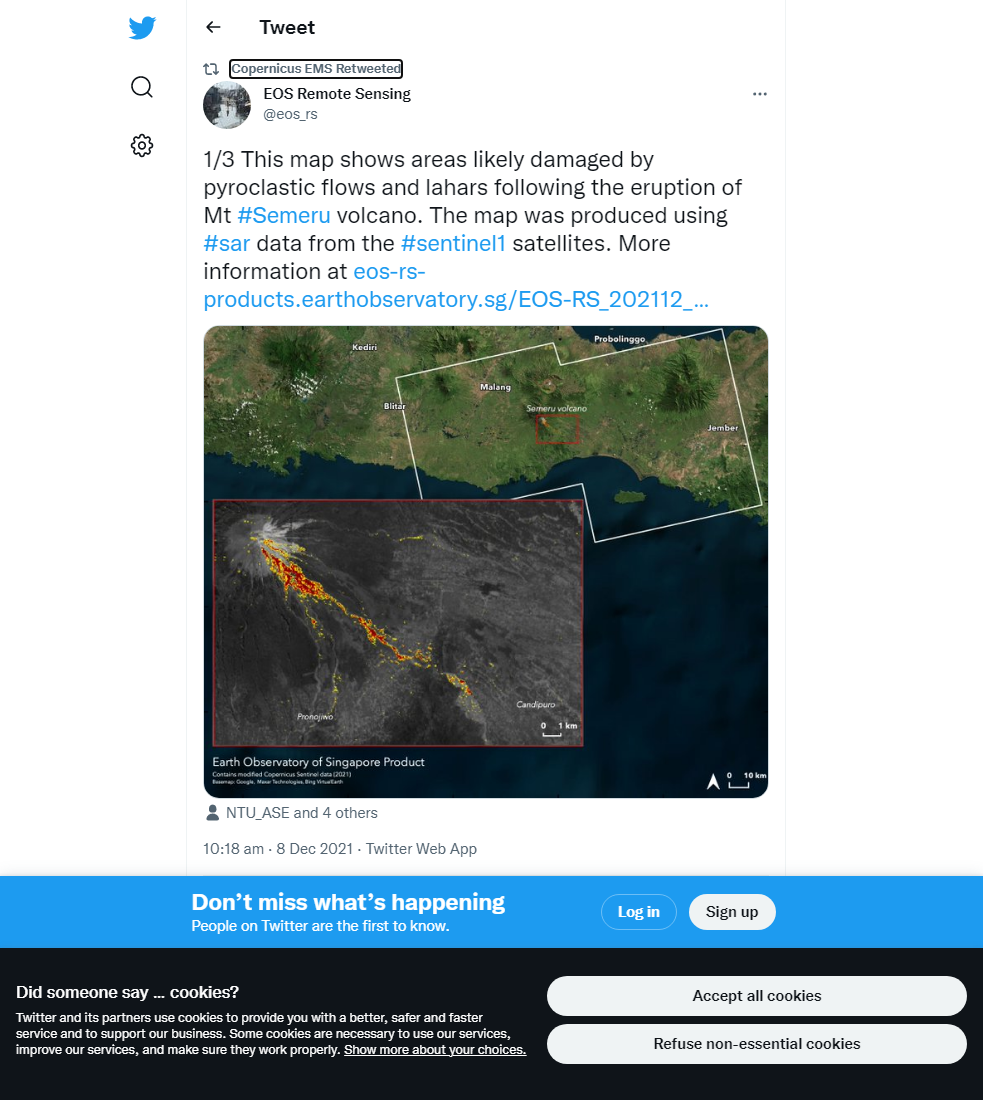 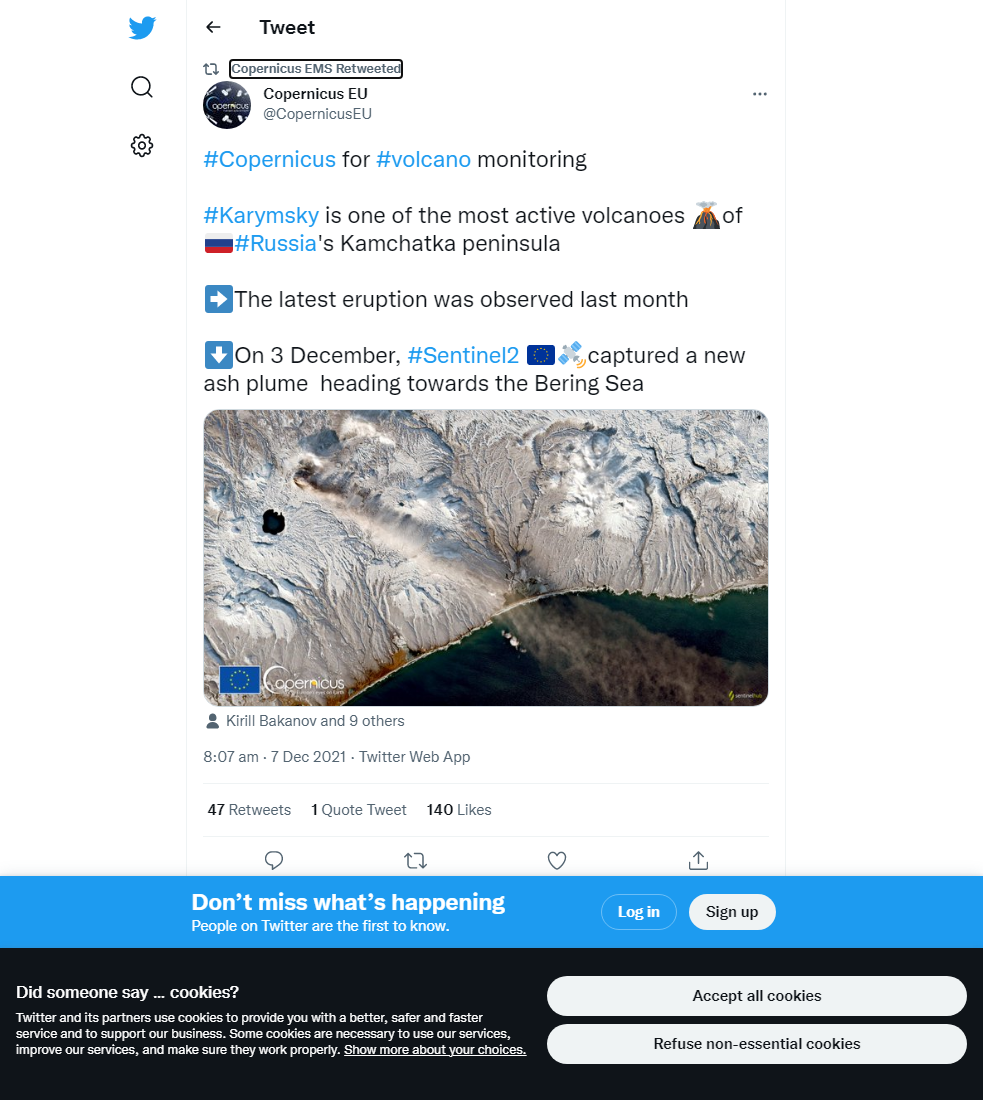 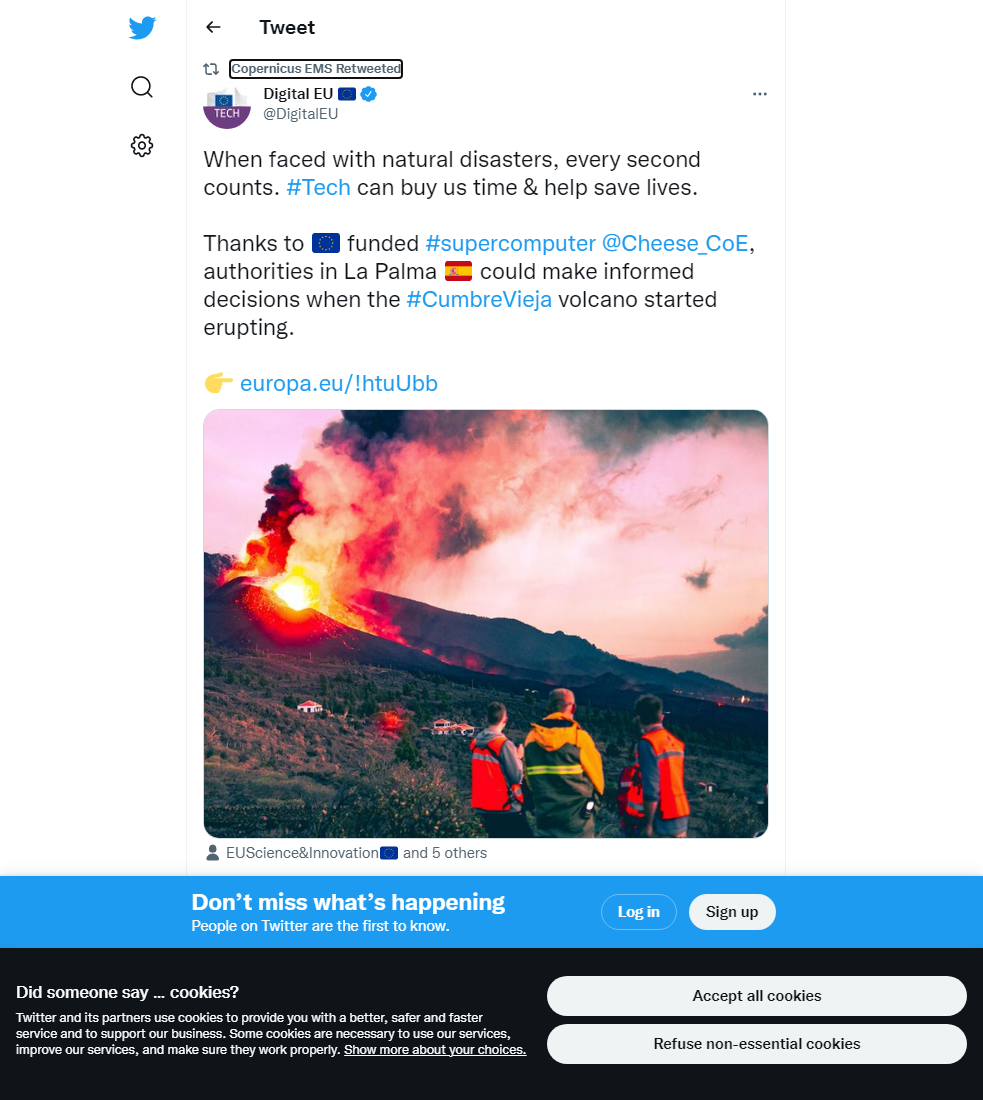 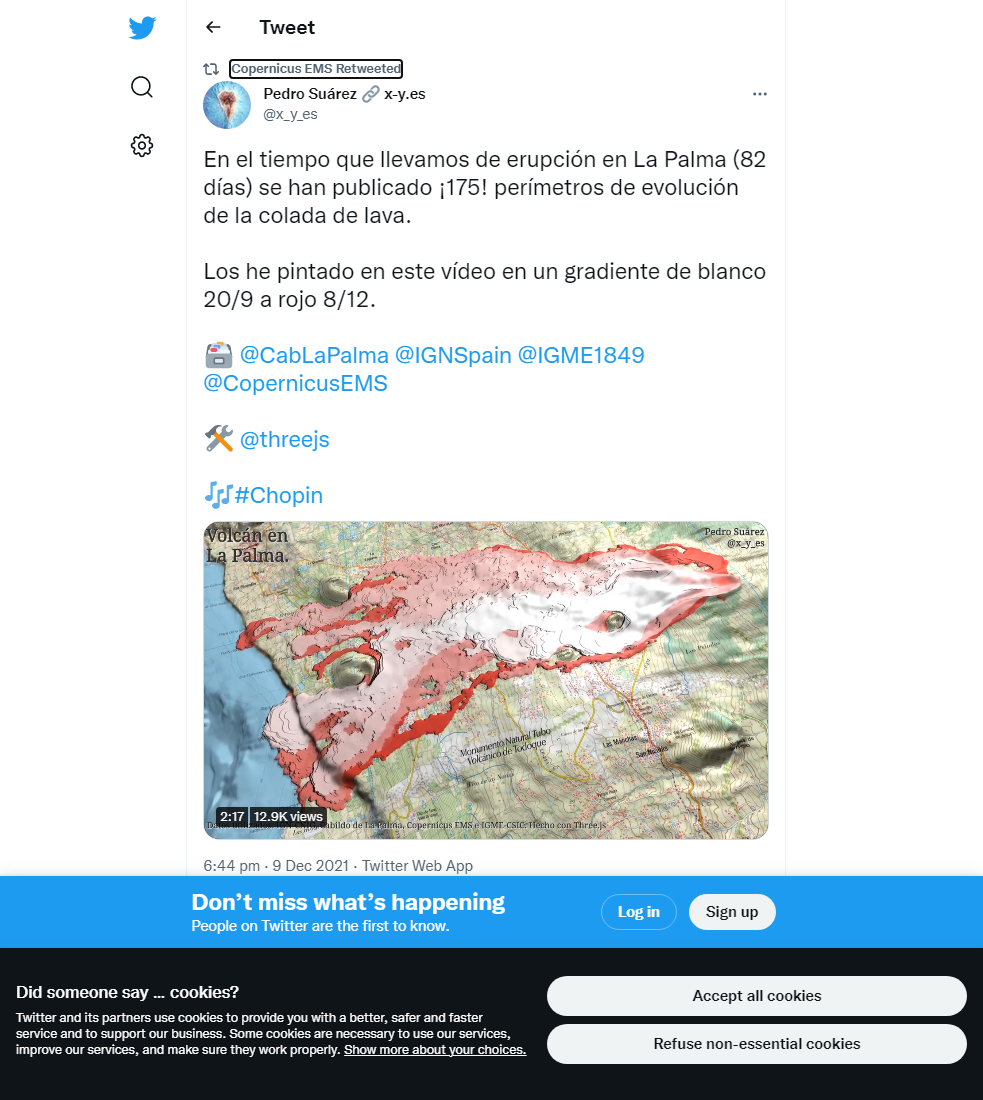 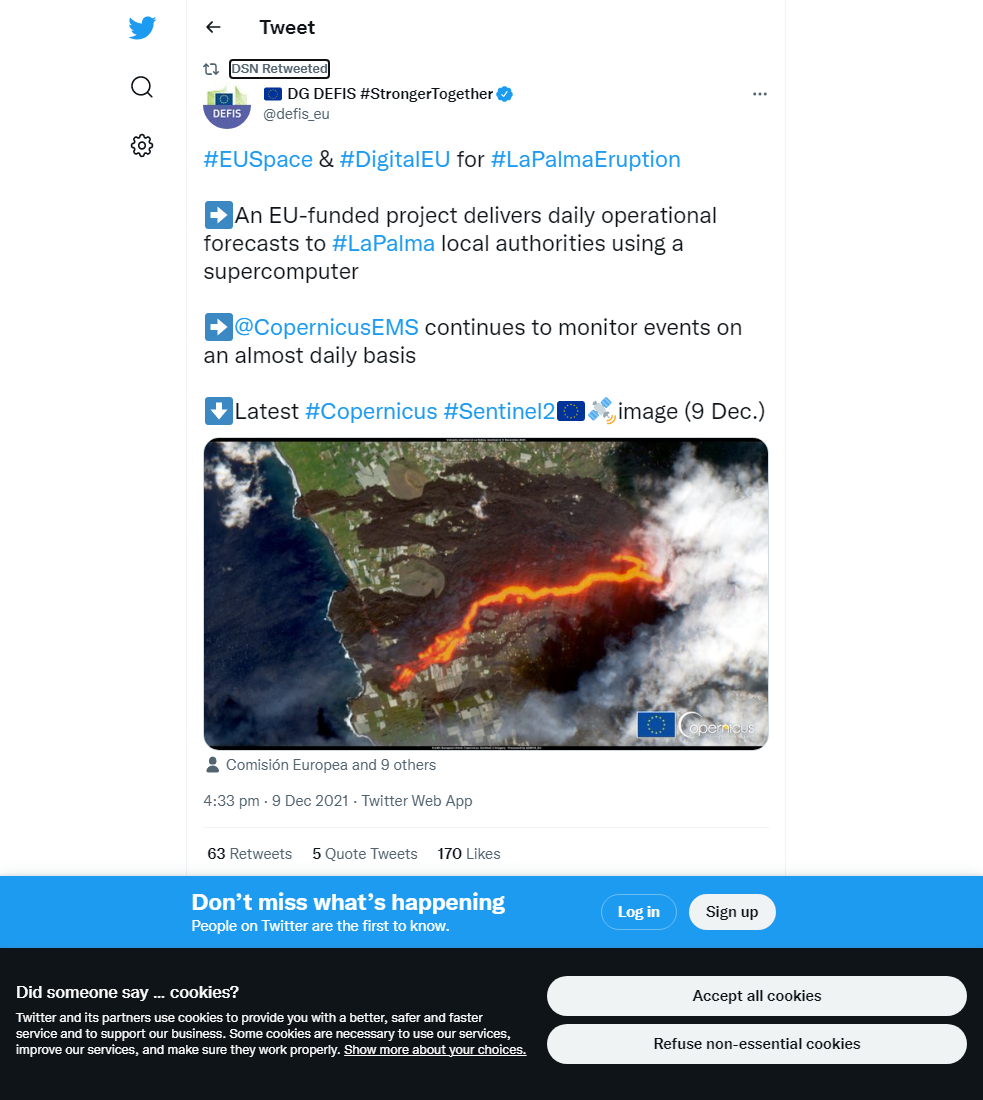 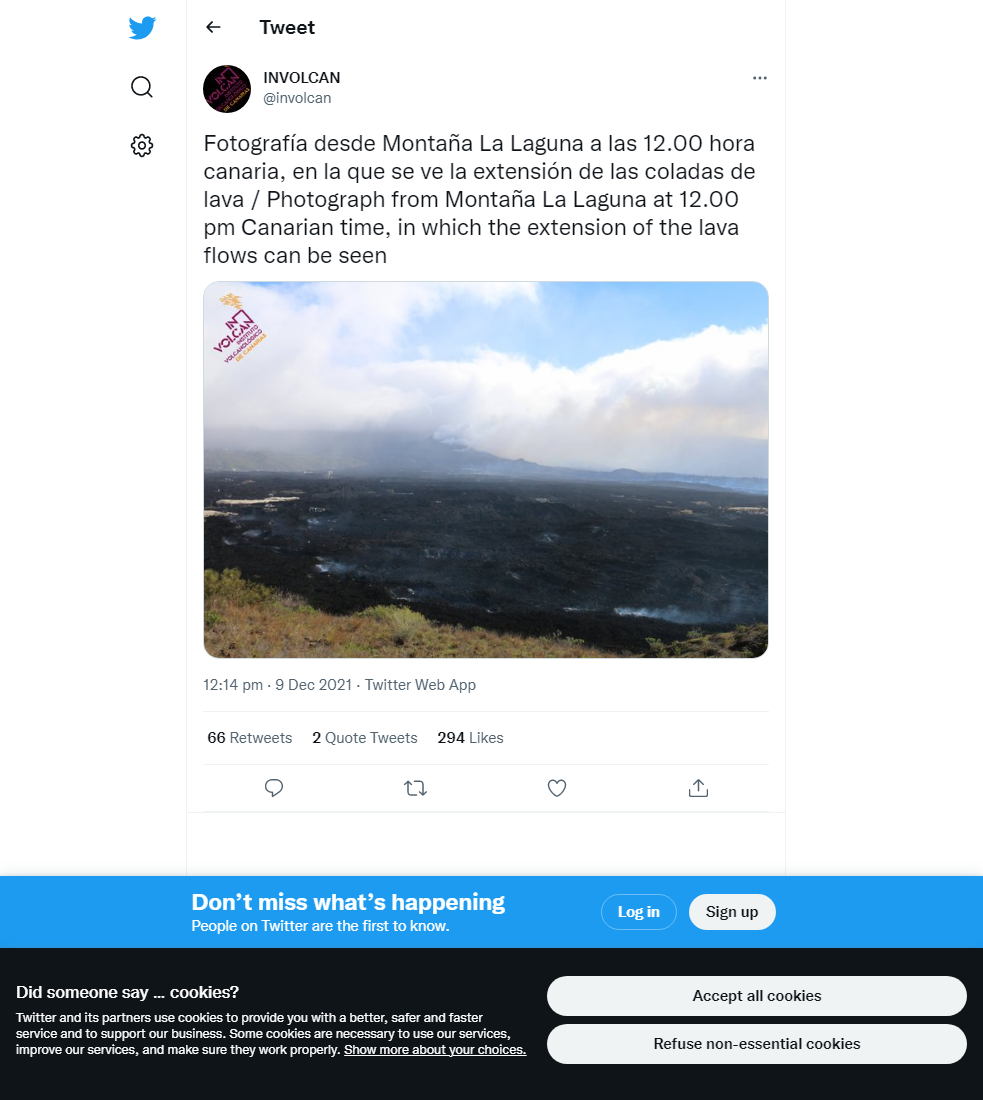 La Palma eruption update 8th december 2021: Some of the evacuated people have been permitted to return