The two active lava flows to the north of the flow field continue to be heavily monitored as they both continue to advance. The further south of the two, which travels to the south of La Laguna Mountain, is only 80 m from the coast, although it moves forwards only incrementally. The furthest north flow has begun to affect the urban centre of La Laguna, including the petrol station at La Laguna crossing, causing a large fire. Due to the possible future path of this flow, preventative evacuations were ordered in the afternoon for people in Las Martelas, Marina Alta, Marina Baja, Condesa and Cuesta Zapata, totally around 150 people bringing the total number of evacuees to 6,600, not including 400 evicted tourists that were transferred to Tenerife at the start of the eruption. This flow is currently being fed by a relatively large flux of lava, and the new Strombolian vent that opened on the afternoon of the 19th October remains active. Elsewhere, findings of underwater studies have been published today, and include that up to 11 ha of underwater ravines have been filled by the lava flows, and a decrease in fluorescence (a proxy for certain marine organisms) of 48% in the first 150 m depth of the water column has been seen.

SO2 concentrations were low across the entire island, except for the Puntagorda station, where the daily threshold (125 μg/m3). PM10 concentrations continued to lower due to the weakening of the Saharan air mass, however there were peaks at the Los Llanos and El Pilar stations (Santa Cruz de La Palma) exceeding the daily threshold (50 μg/m3), linked to the resuspension of ash due to high winds. Earthquake activity was slightly increased relative to previous days and contained both intermediate (10-15 km) and deep (>20 km) earthquakes. 102 events were recorded, peaking at 3.6 mbLg. Deformation remains stable at stations closest to the eruption, although a slight regional deflation is still recorded further from the eruption. The ash and gas plume reached 3,500 m, and the SO2 emissions from the volcano were within ranges seen in previous days, at 2,710 tons per day, although this is an underestimate. 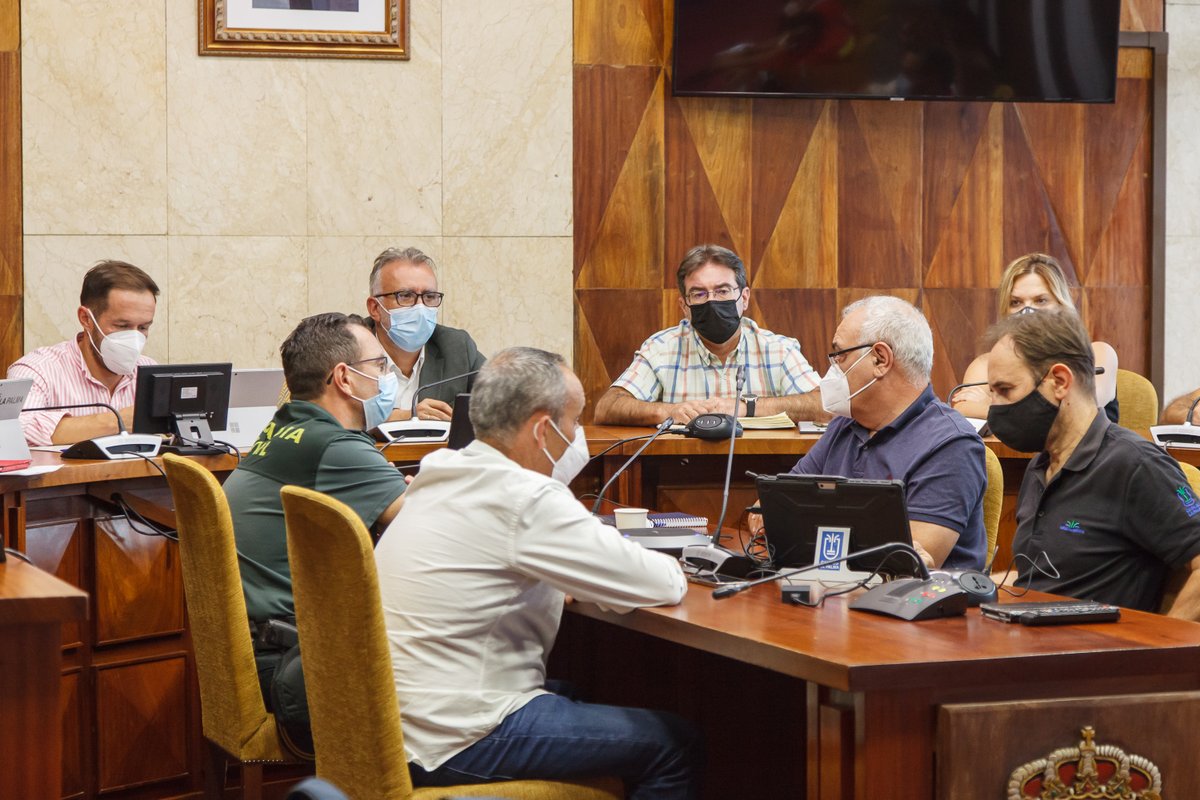 A press image from the daily PEVOLCA meeting, where the latest developments in the eruption are discussed. Image credit: 112 Canarias 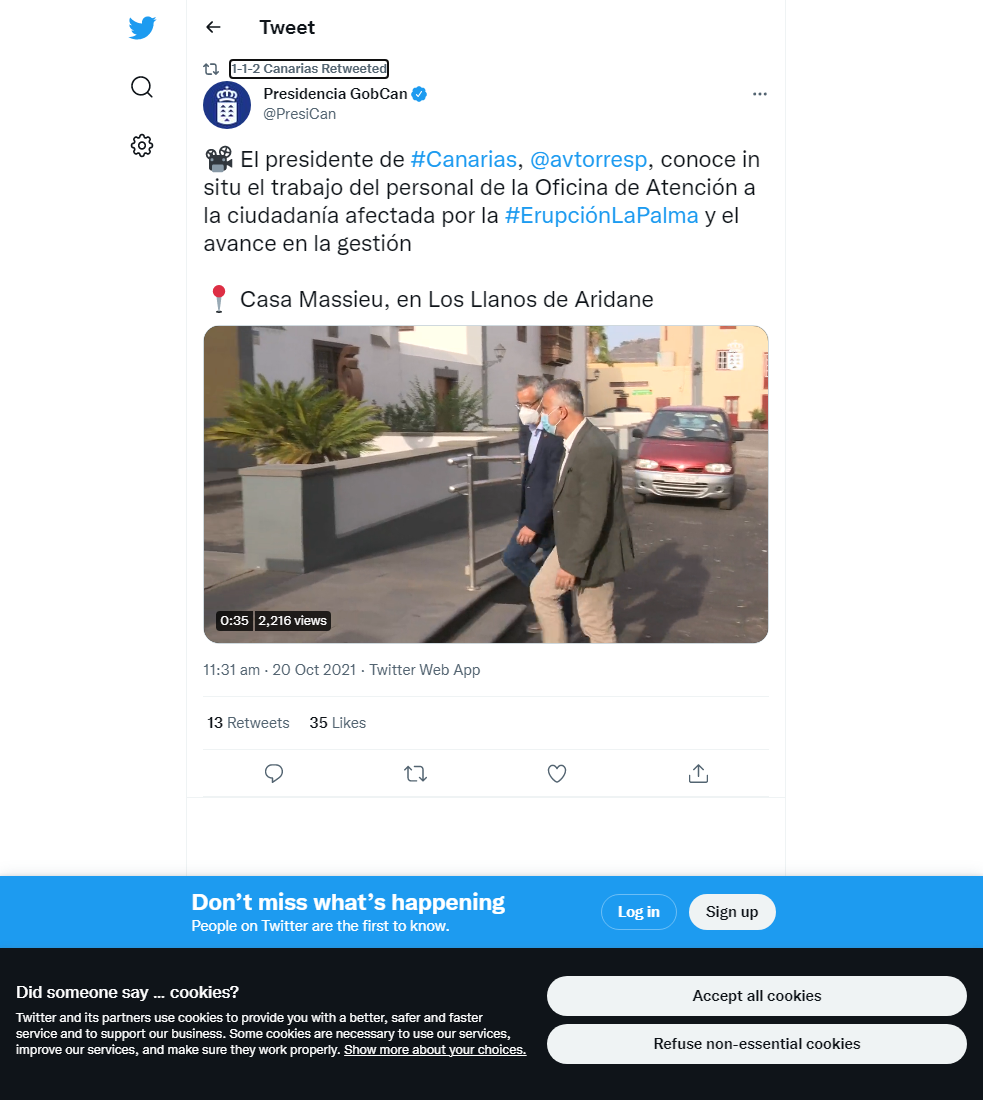 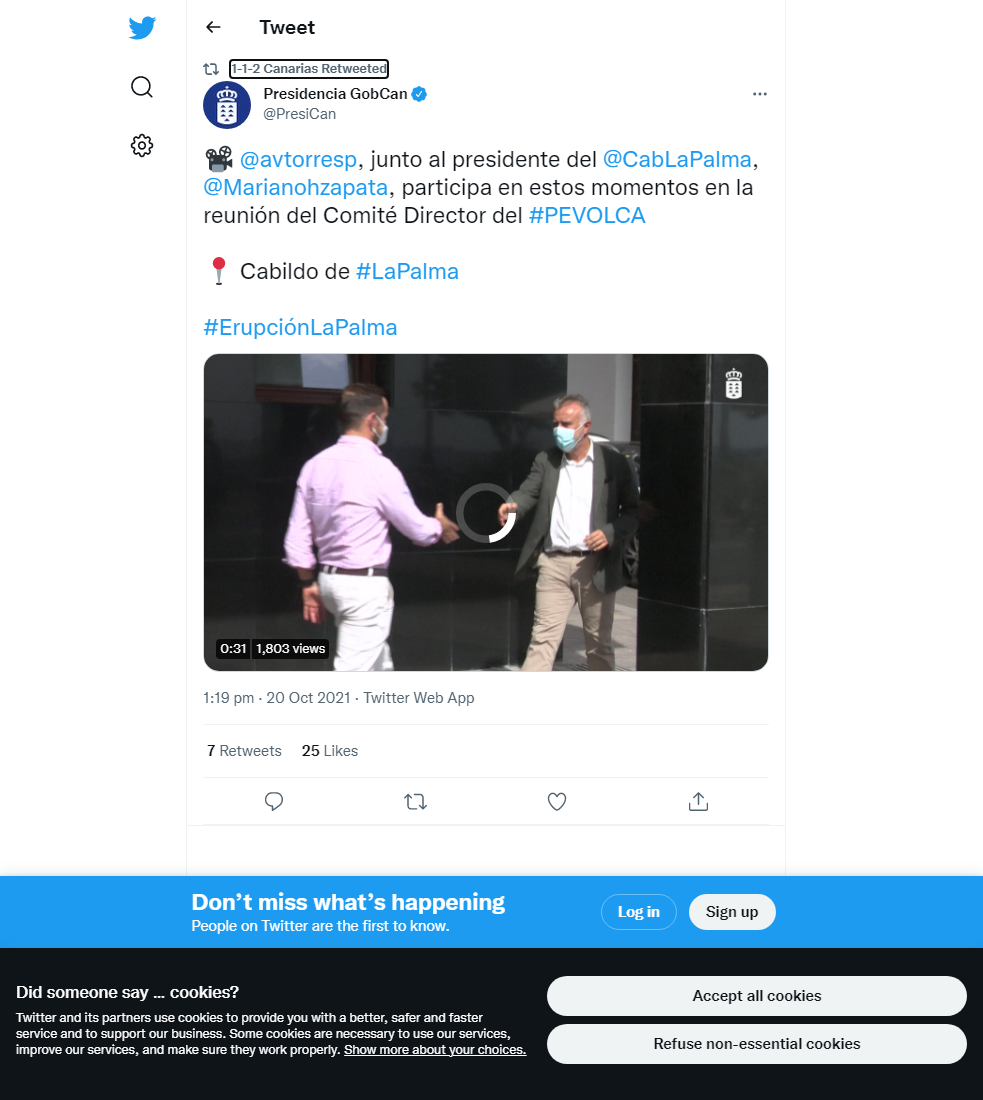 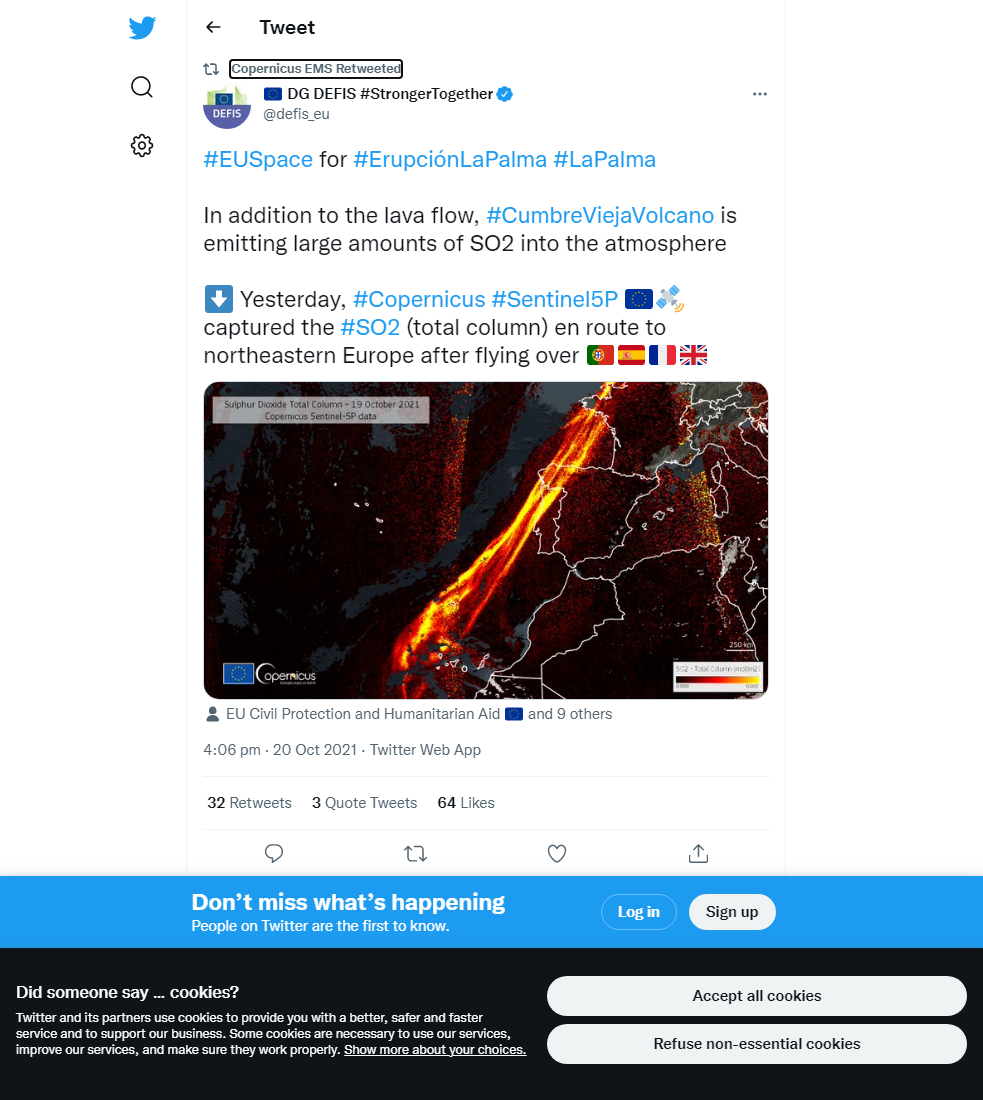 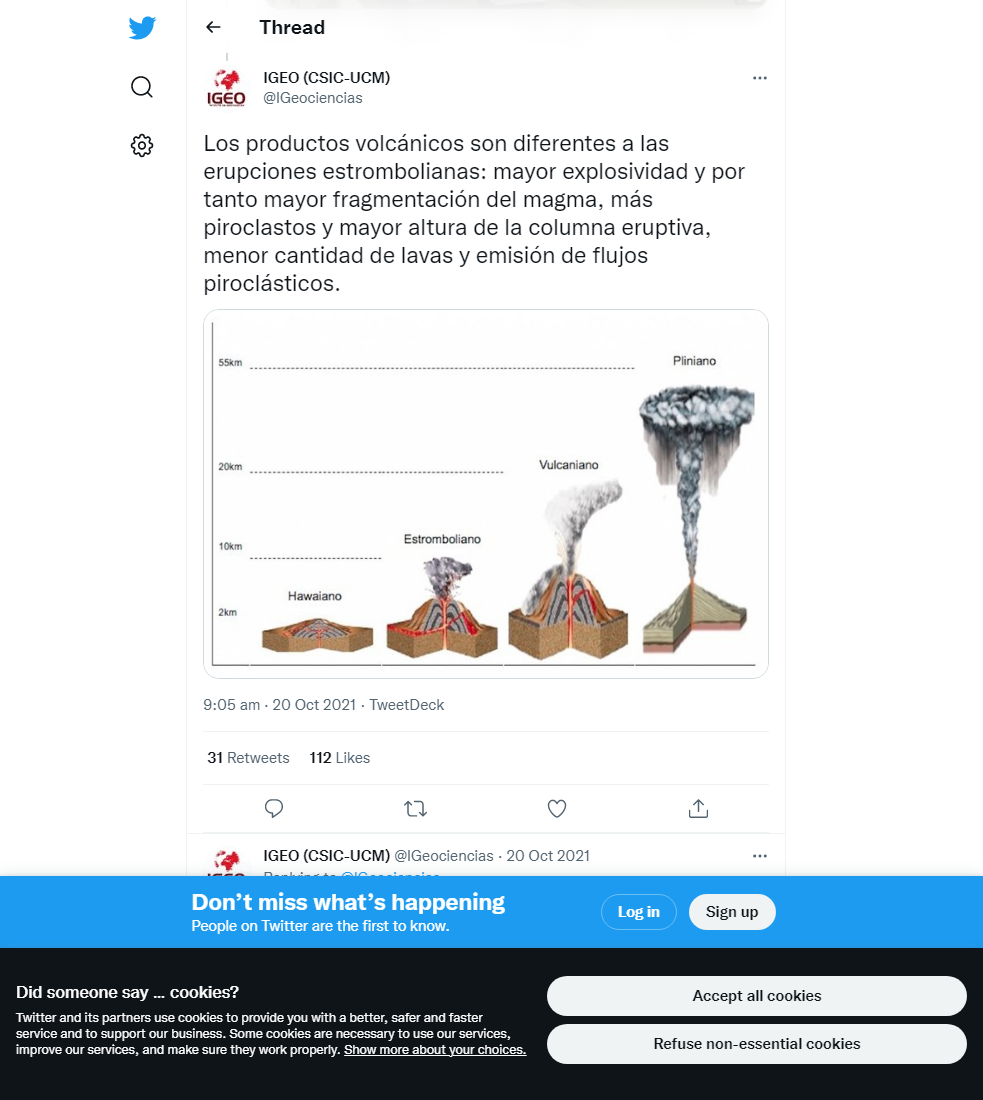 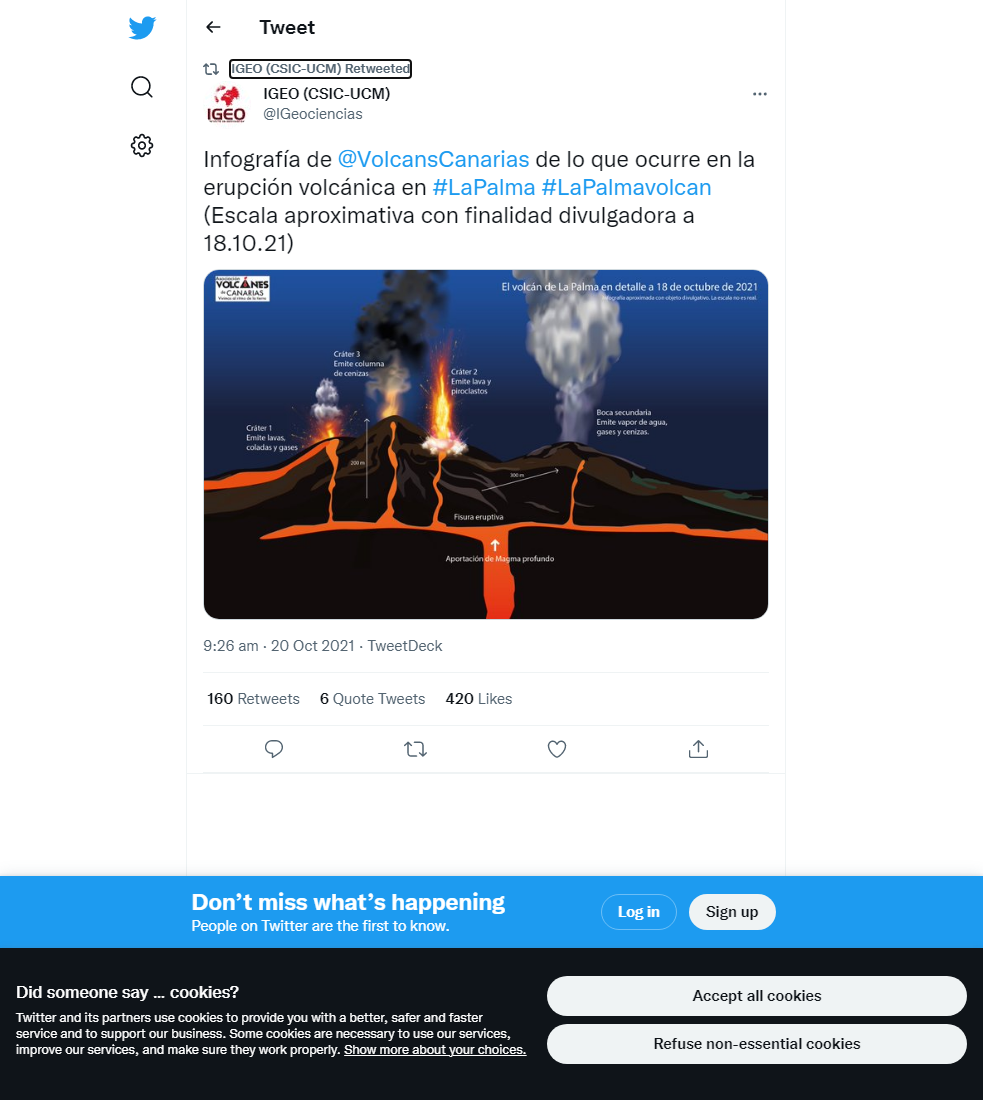 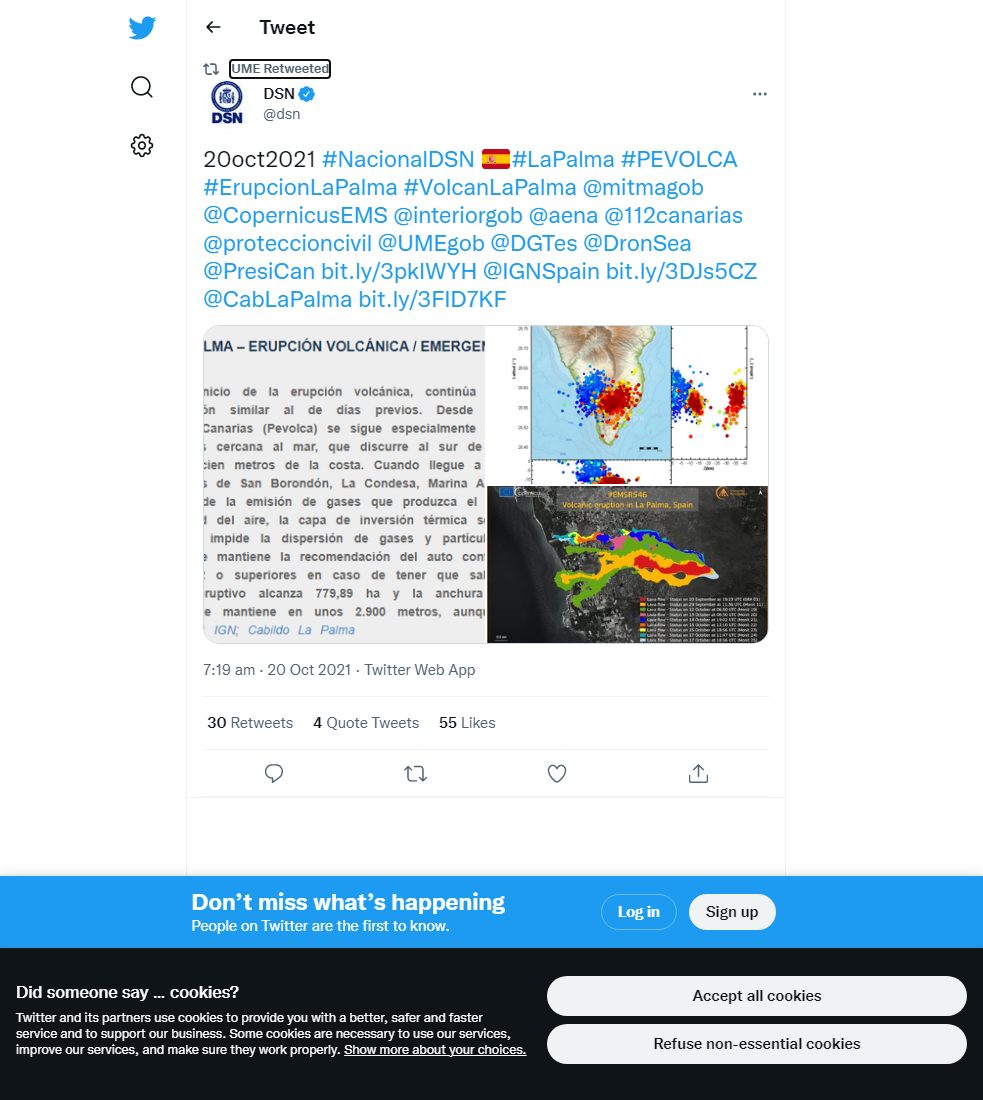 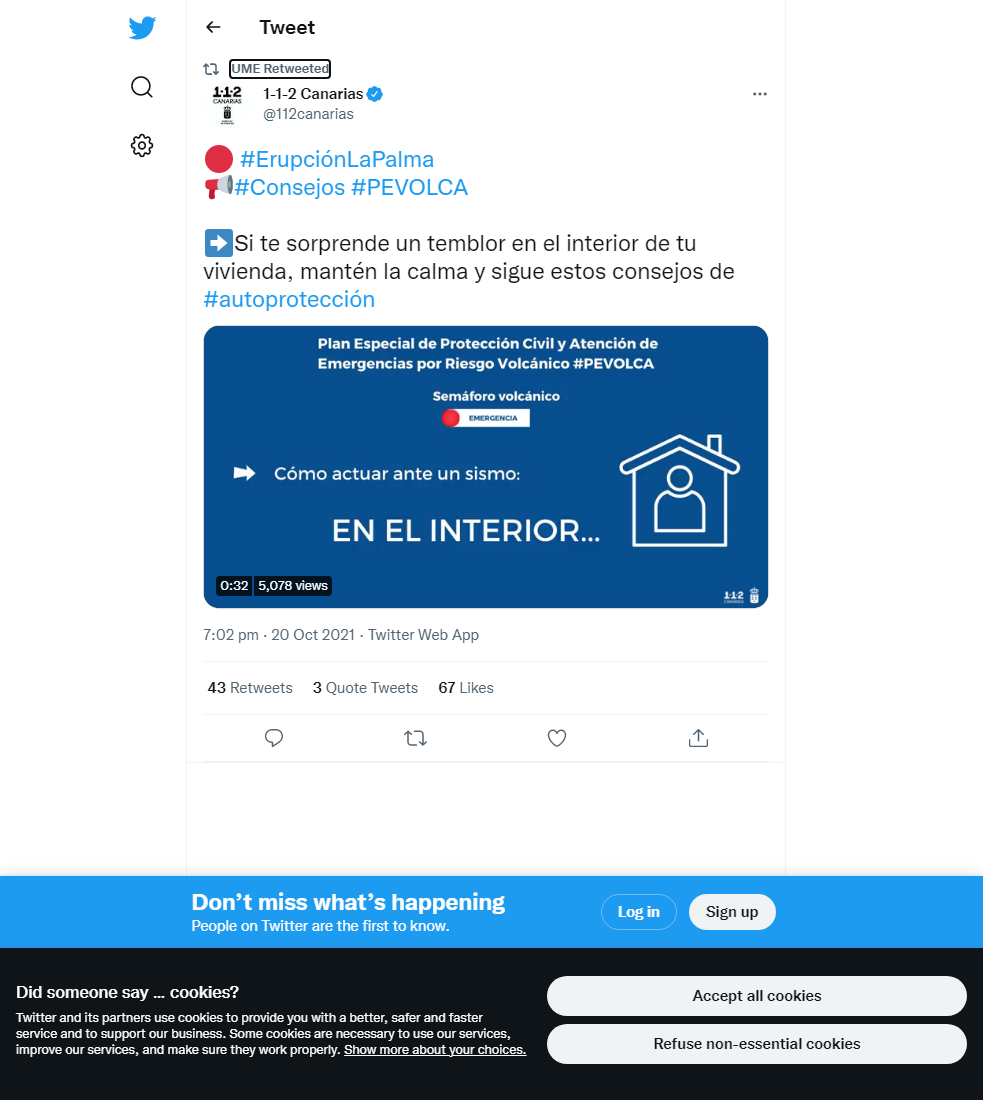