The self-protection recommendation announced yesterday for the population of El Paso, in the face of continuing unfavourable air quality with respect to PM10 concentrations, has been maintained. Residents should stay indoors as much as possible, particularly between 2pm-9pm local time, and wear an FFP2 mask if they must go outside. The active lava flows continue to advance slowly; the flow south of La Laguna Mountain is around 100 m from the coast, moving at 3-5 m per hour, and the northernmost flow is currently heading for the centre of La Laguna, although its path is less certain. Between the main cone and the ash vent that opened on the 16th October, a new vent opened in the afternoon, initially showing phreatomagmatic activity before transitioning into Stromolian activity. More findings from the chemical analysis of the lava have been published, showing the evolution from more differentiated to more primitive magma occurred contemporaneously with the hiatus of surface activity on the 27th September.

SO2 concentrations remained generally lower, although higher values were recorded throughout the day in the Puntagorda, San Antonio (Breña Baja), and La Grama stations. During the night of the 19th, prolonged intense SO2 concentrations, reaching but not exceeding the alert threshold (500 μg/m3) were measured in Puntagorda. PM10 concentrations were generally lower due to the weakening of the Saharan air mass, however there were peaks at the Los Llanos and El Pilar stations (Santa Cruz de La Palma) at 10:00am local time of >450 μg/m3, contributing to the exceedance of the daily threshold (50 μg/m3) in Los Llanos, El Pilar and La Grama stations. Earthquake activity remained similar to previous days and contained both intermediate (10-15 km) and deep (>20 km) earthquakes. 70 events were recorded, peaking at 4.7 mbLg. Deformation remains stable at stations closest to the eruption, although a slight regional deflation is recorded further from the eruption. The ash and gas plume reached 5000 m, and the SO2 emissions from the volcano were within ranges seen in previous days, at 7,513 tons per day, although this is an underestimate. 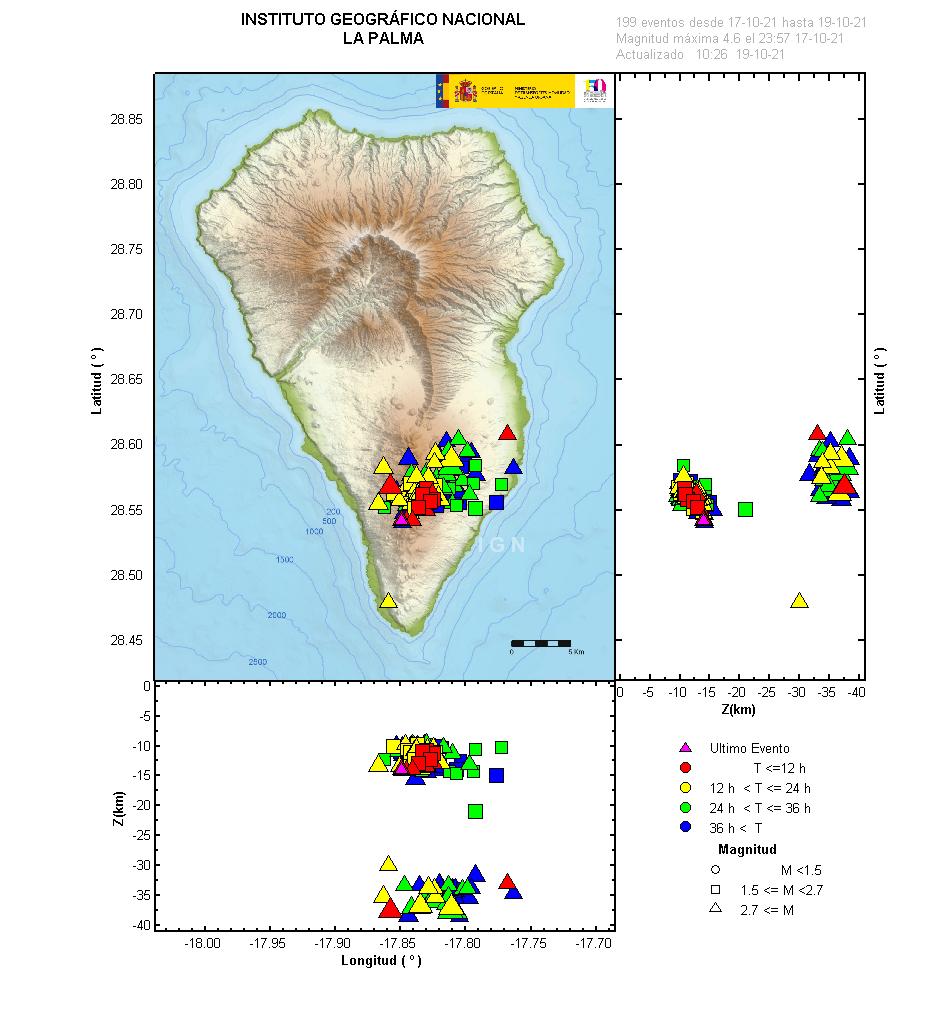 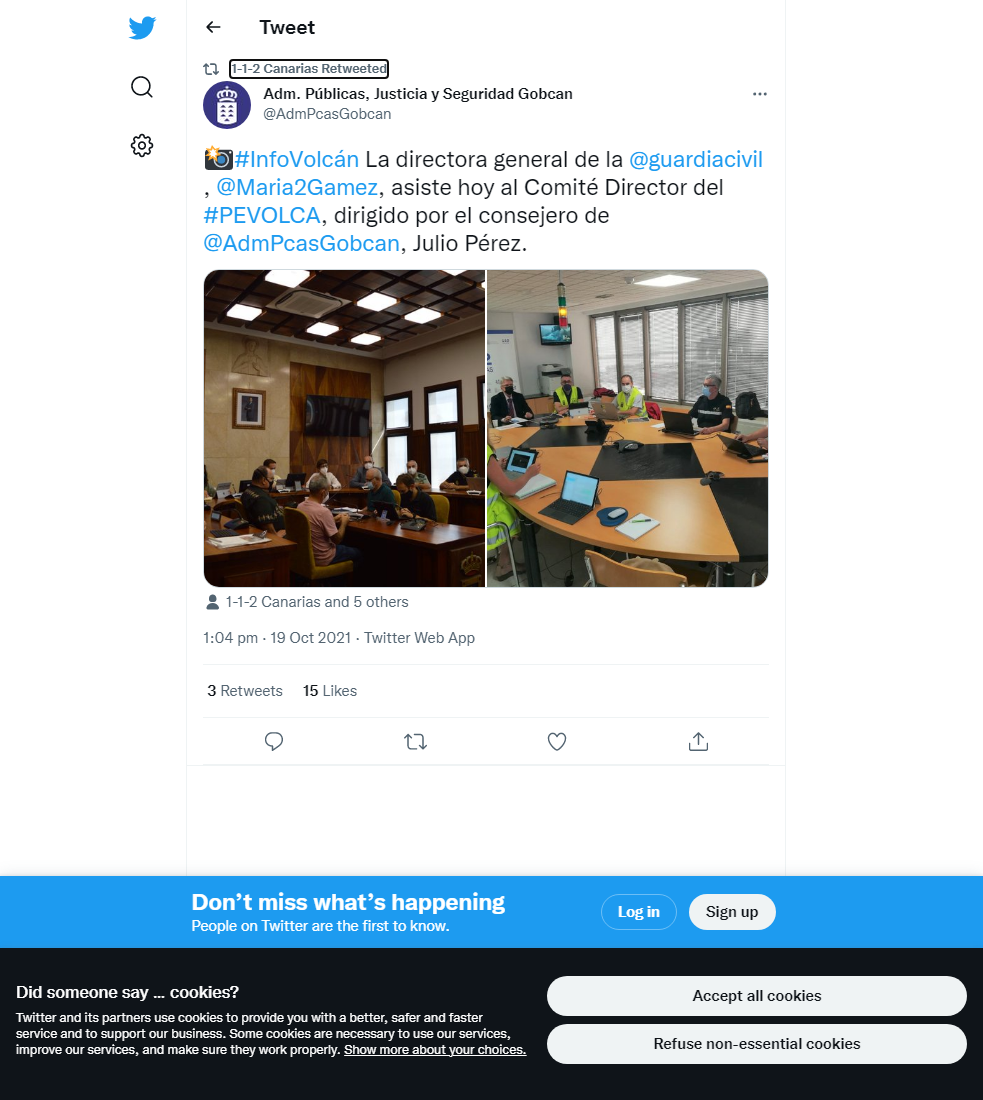 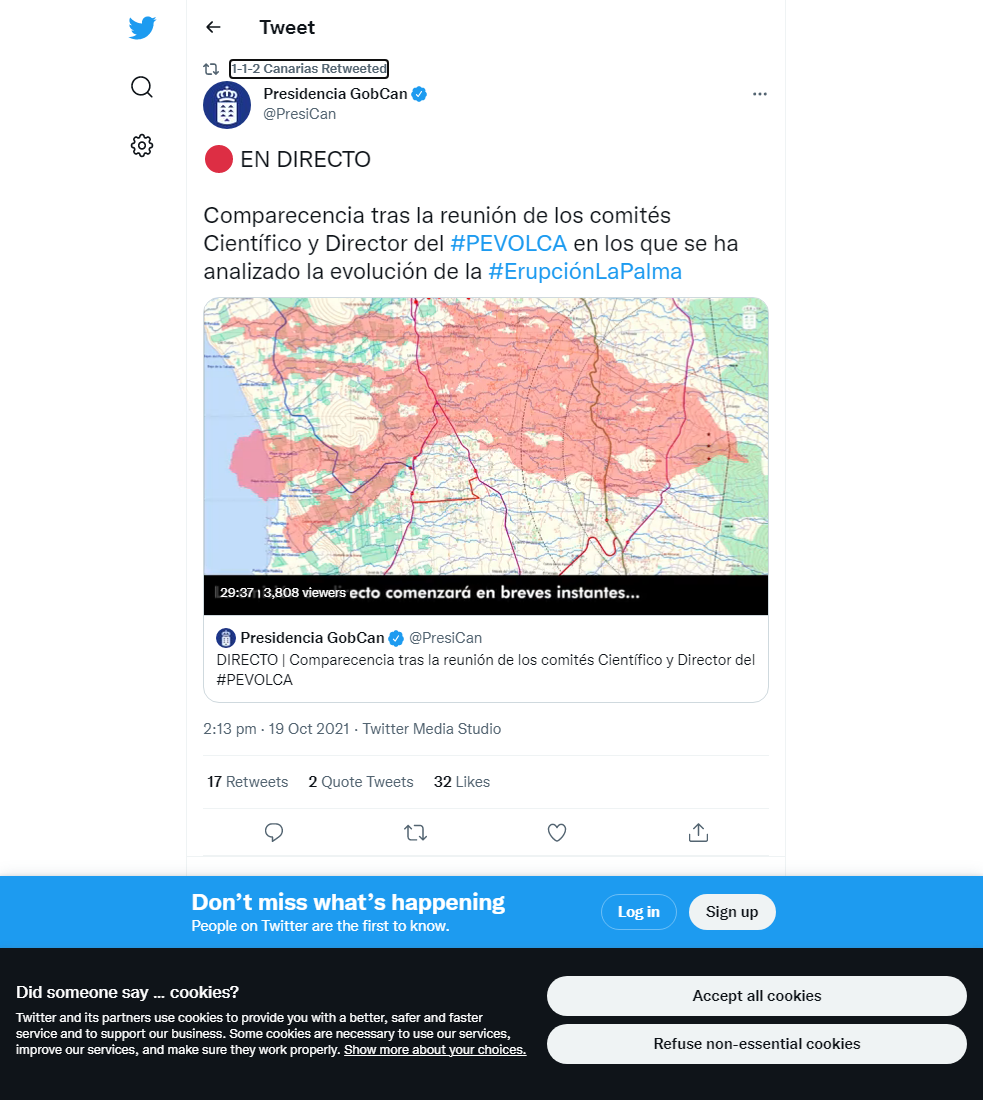 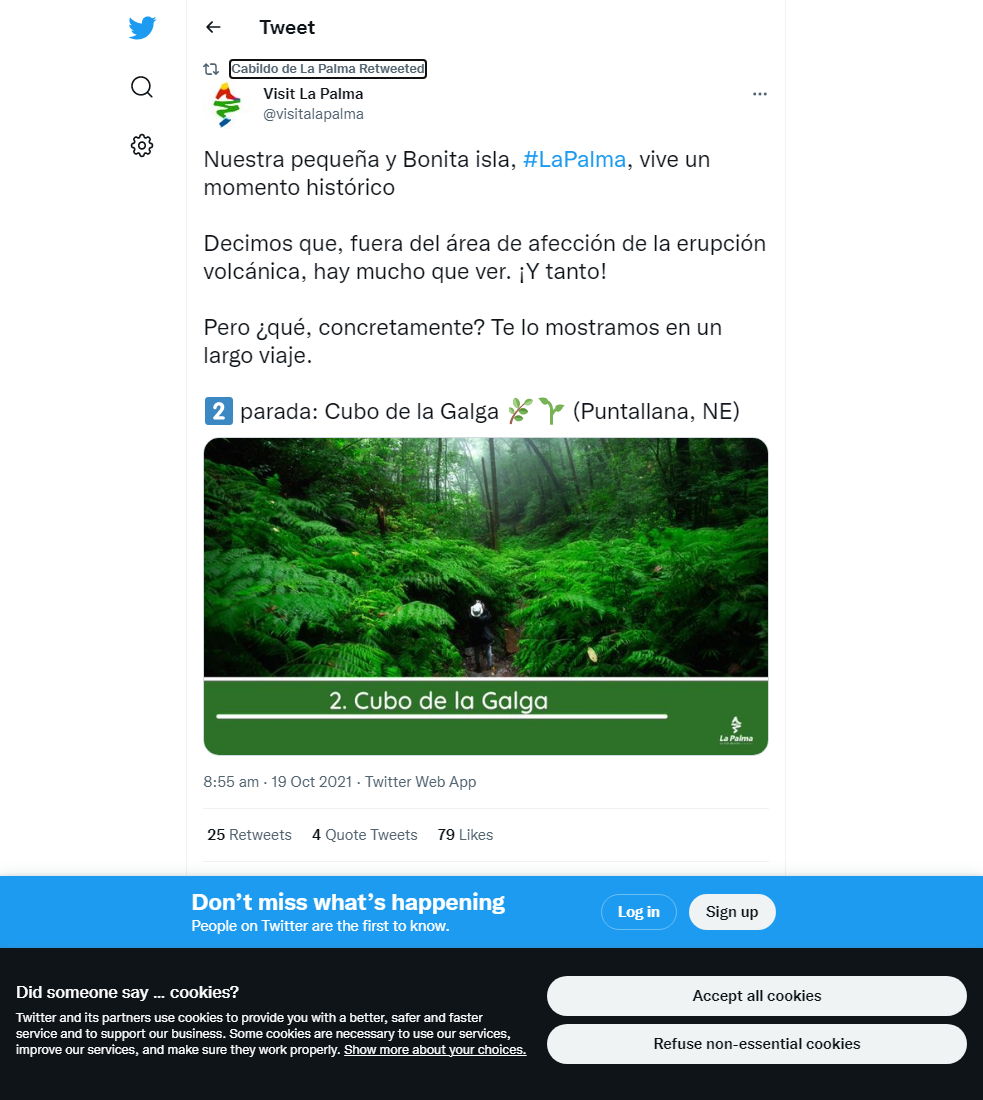 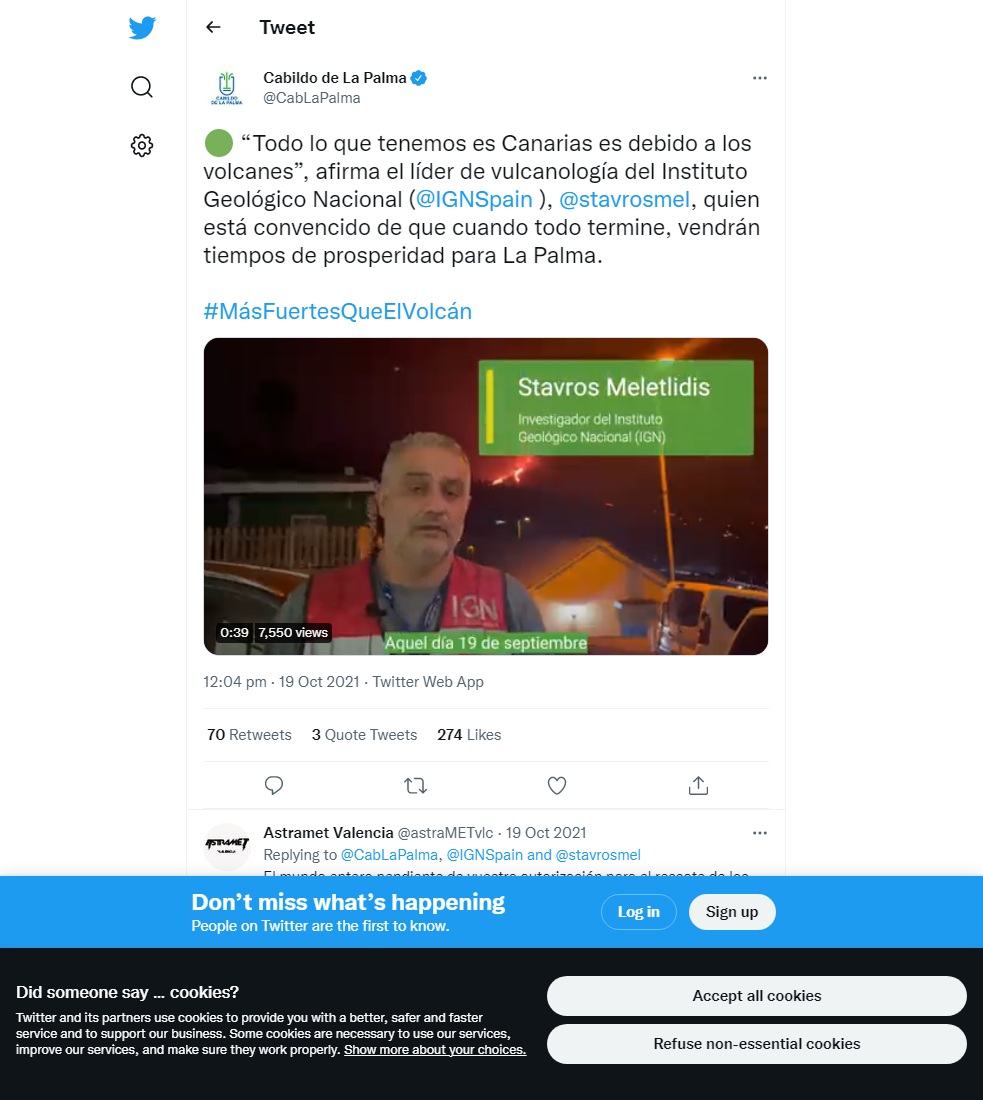 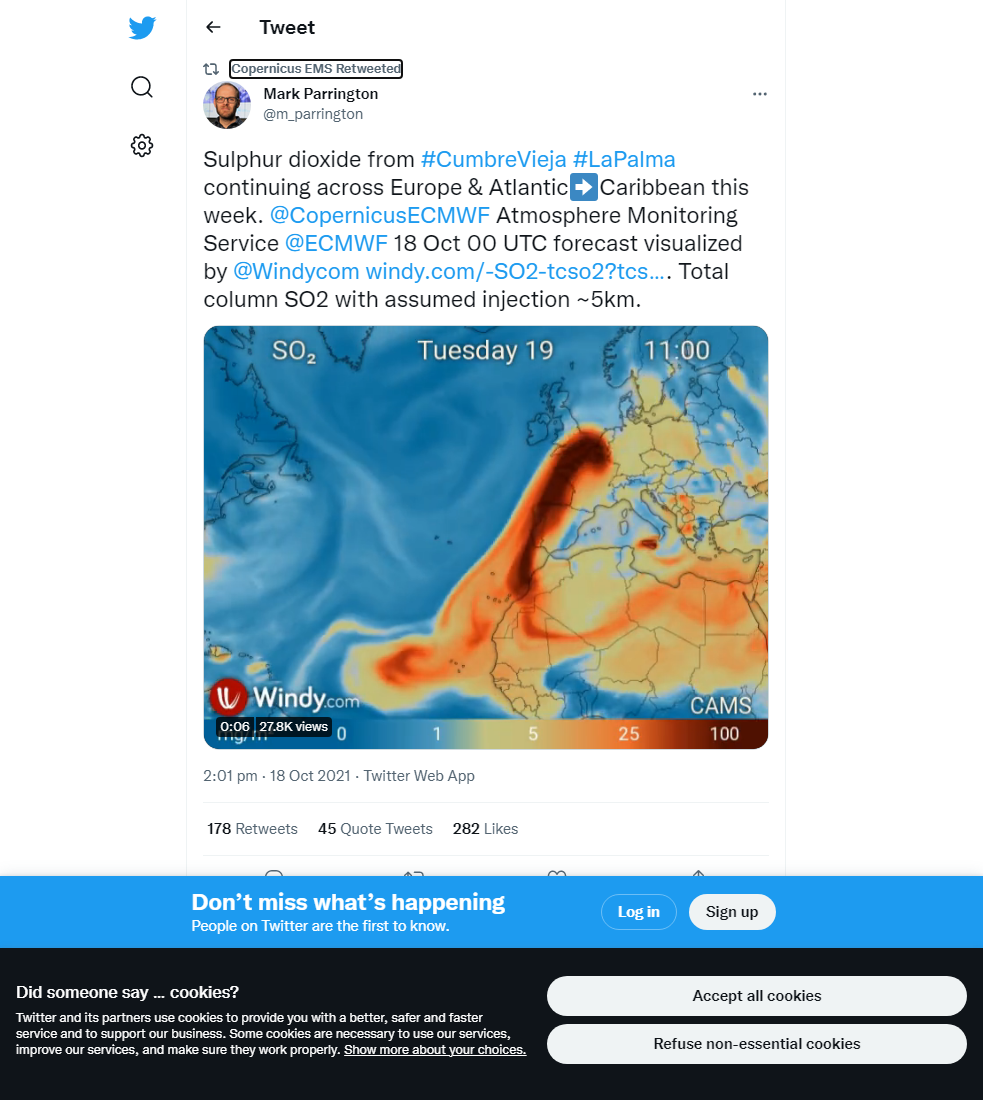 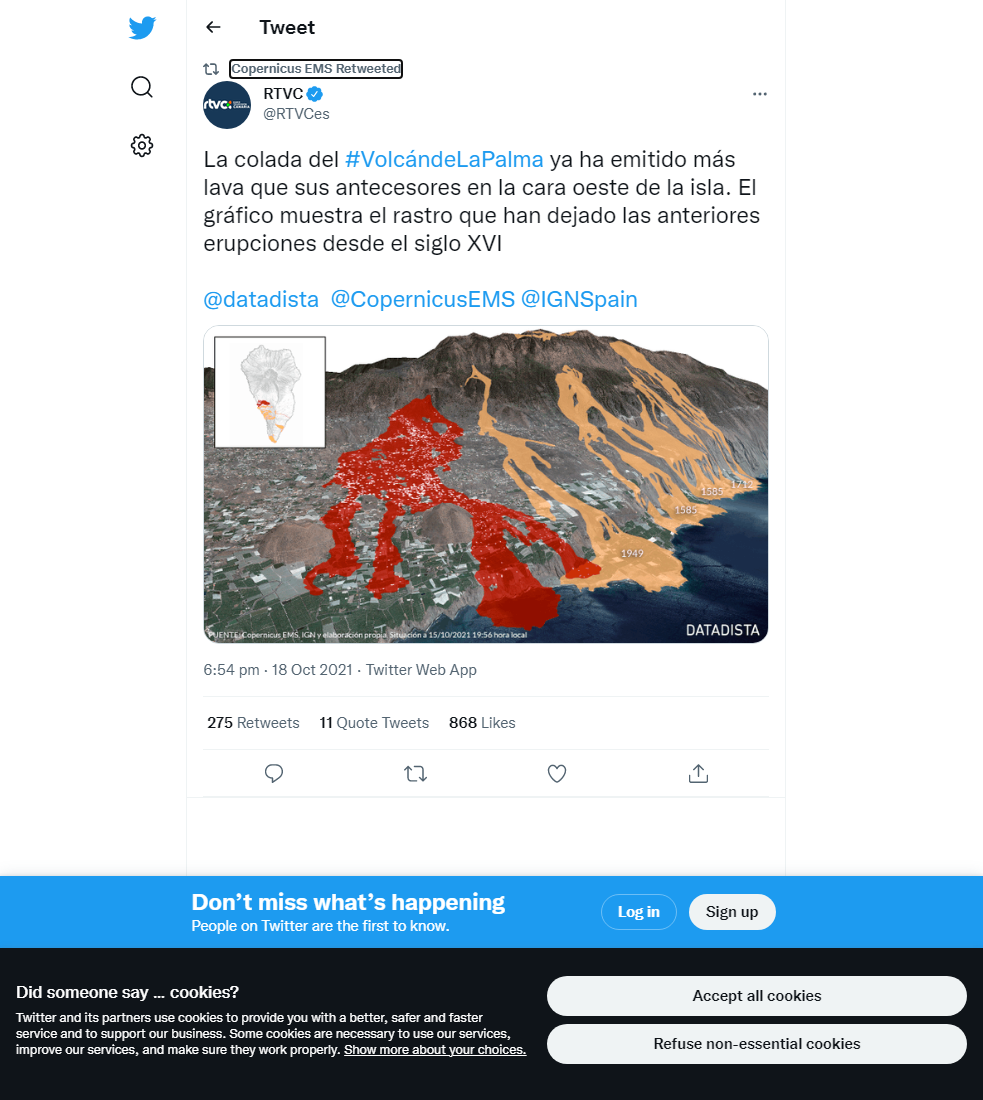 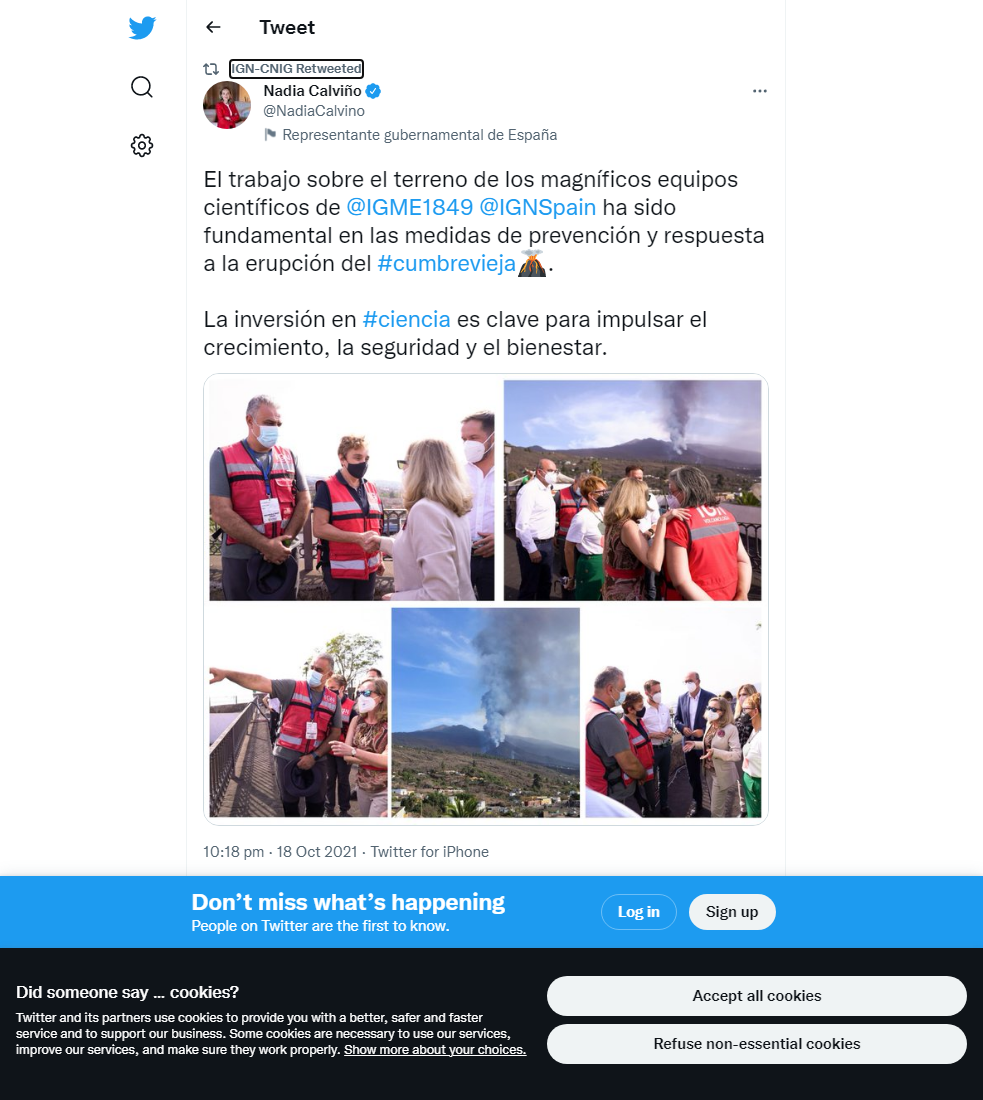 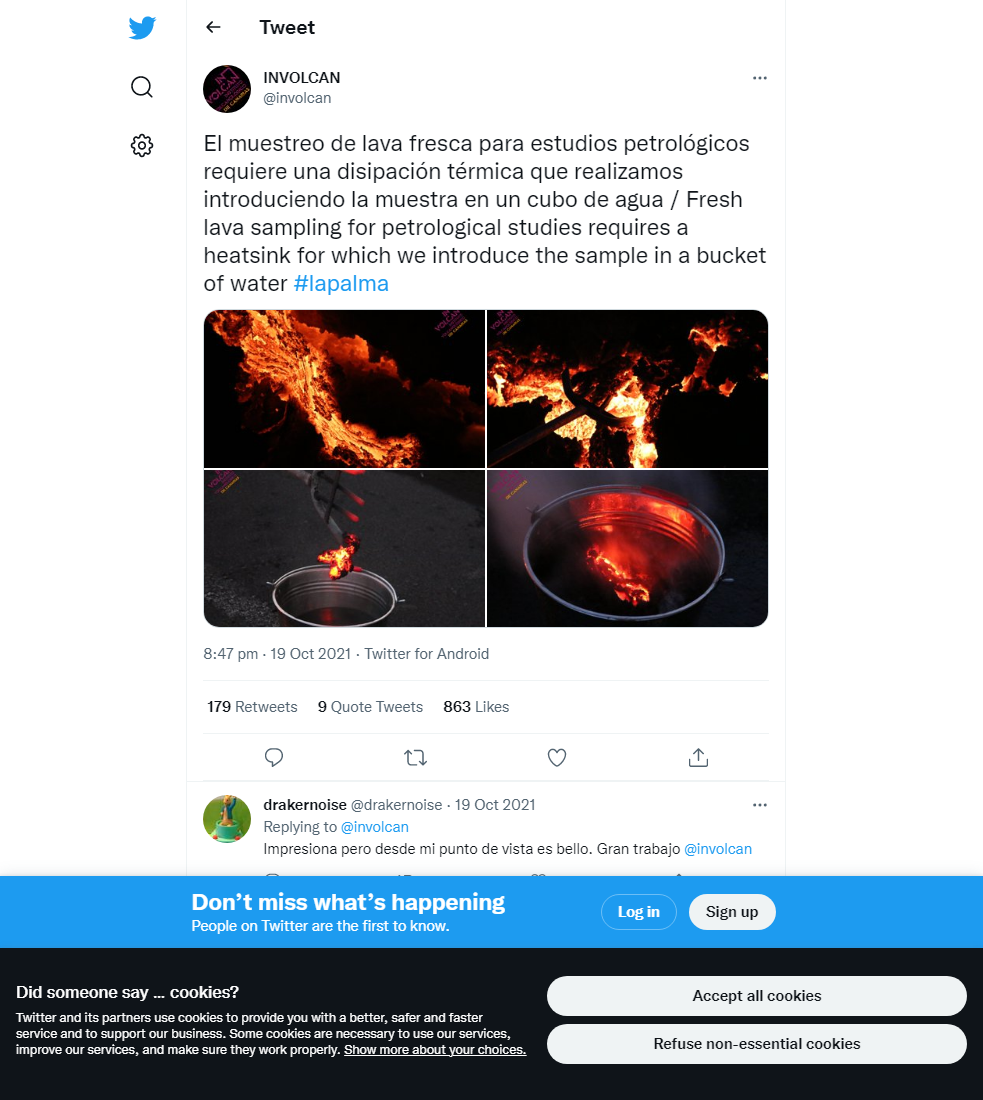