Eruptive activity continues to be concentrated around the vent on the NE flank of the main cone that has formed a secondary cone of pyroclasts, with some intermittent ash and fumarolic activity from the main cone. The active lava flows now travel only over previous flows, through the centre of the flow field towards the northern lava delta at flow 7, and also along flow 8 along the northern margin of the lava flow field towards La Laguna. According to the latest stats from the Cadastre, 1,562 buildings have been destroyed, including 1,250 residential buildings and 163 for agricultural use. Seismicity decreased markedly compared to the last two days, especially in relation to intermediate depth (10-15 km) earthquakes. 98 events were recorded, with almost all of the events being at intermediate depths, with only a handful of deep (30-45 km depth) events. The day’s largest earthquake which was a mbLg 4.2 event at 11 km depth.

Volcanic tremor has remained at an average level although shows sudden changes in level, whilst deformation now remains stable close to the volcano but shows a very slight regional deflation signal at the more distal stations. SO2 emissions were again measured in the ‘high’ range (1,000-29,999 tons per day), and the ash and gas plume height was 1,900m. As a general trend however, satellite measurements imply current SO2 emissions are lower than the start of the eruption. Regarding air quality SO2 concentrations increased in the afternoon reaching regular to unfavourable levels in Tazacorte and Los Llanos respectively, with the latter exceeding the hourly limit threshold (350 μg/m3) at 6 pm local time. Elsewhere in the network, SO2 levels remained between good and reasonably good. PM10 concentrations remained at good or reasonably good in all stations except for Los Llanos, which suffered a brief peak of 418 μg/m3 at 2 pm local time, causing it to exceed the daily limit value (50 μg/m3). 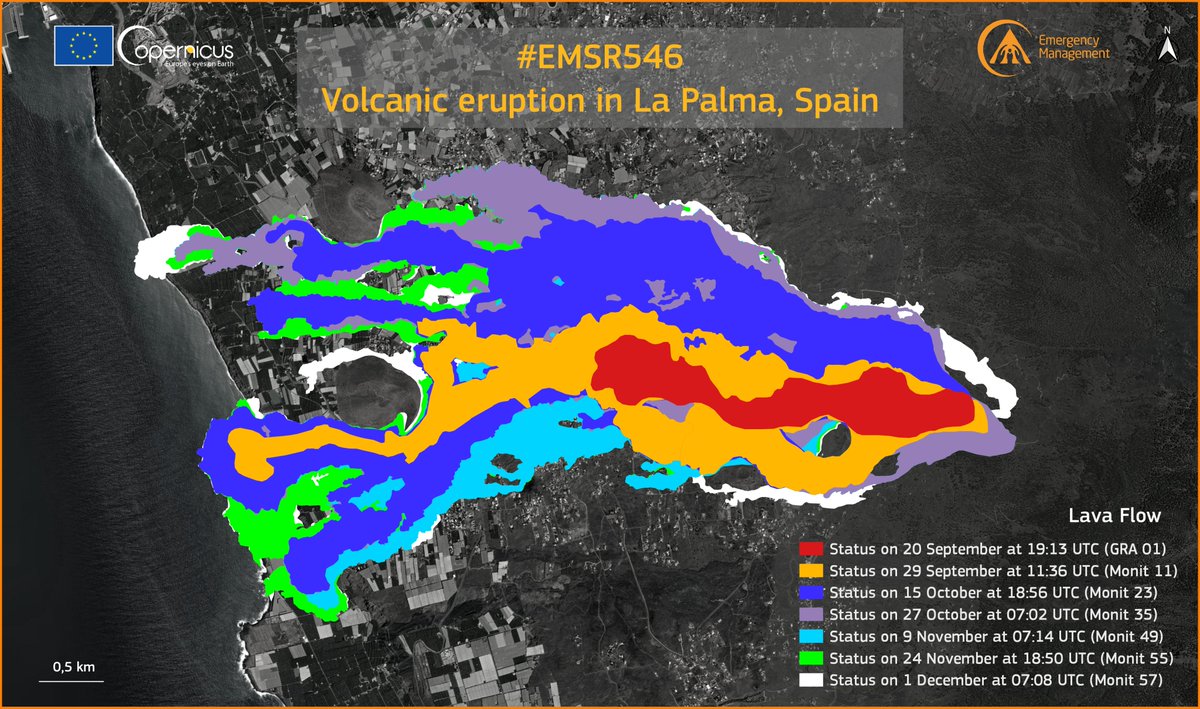 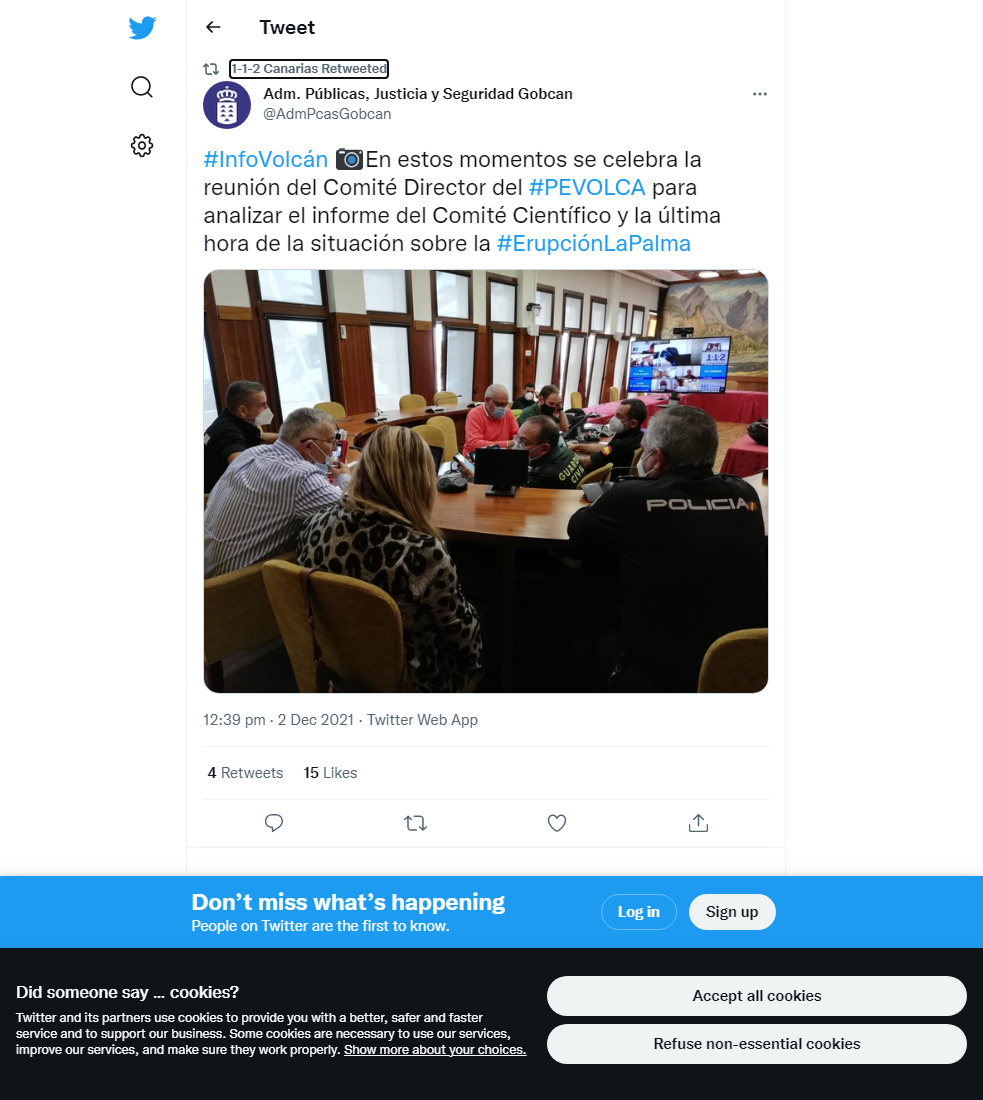 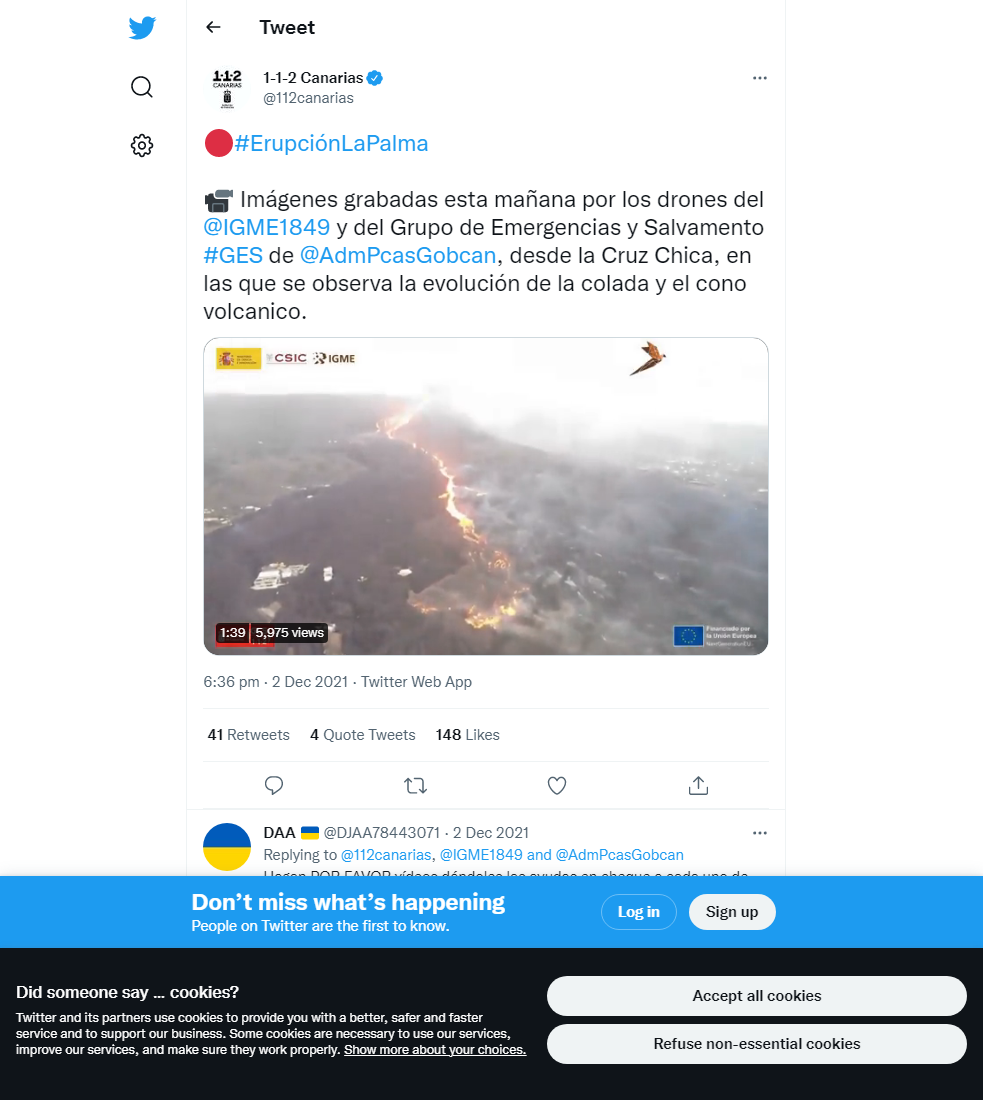 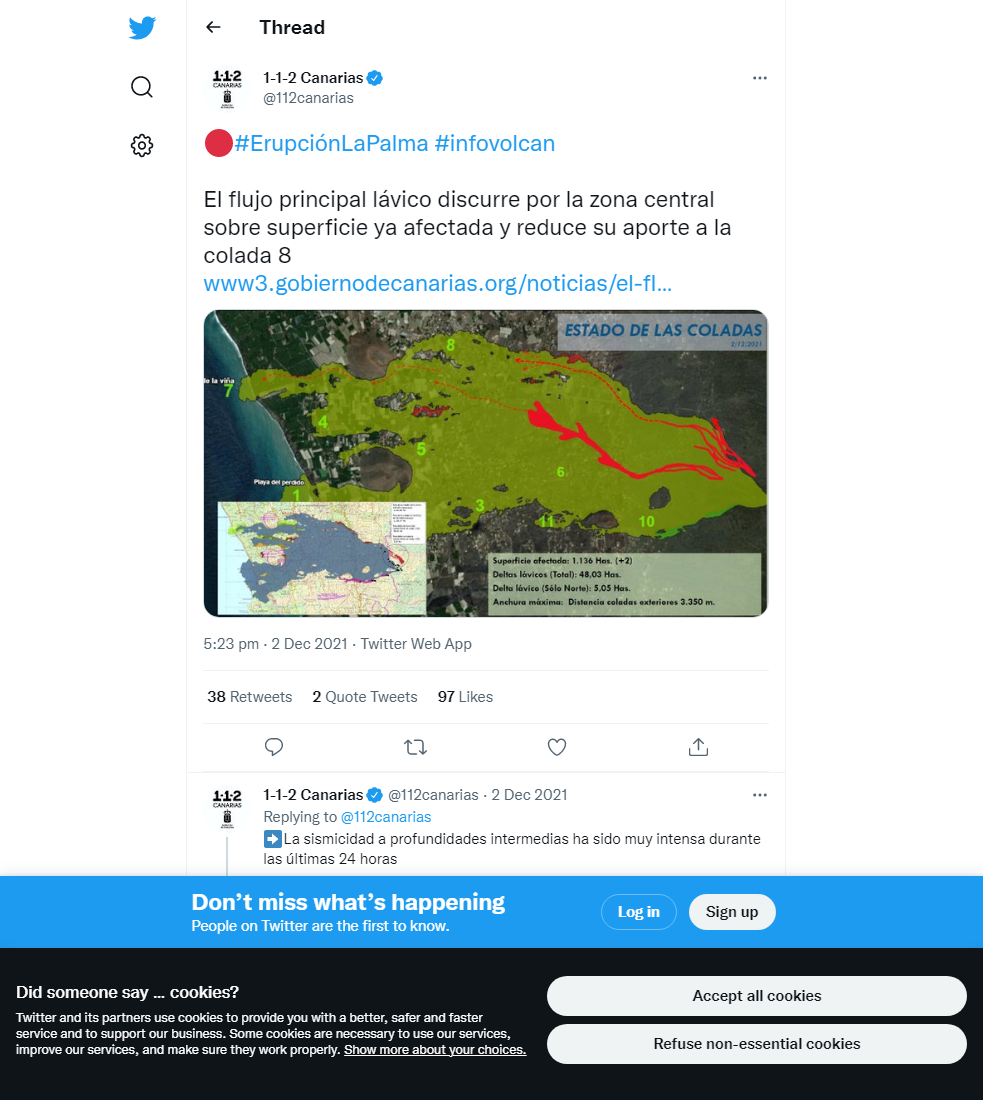 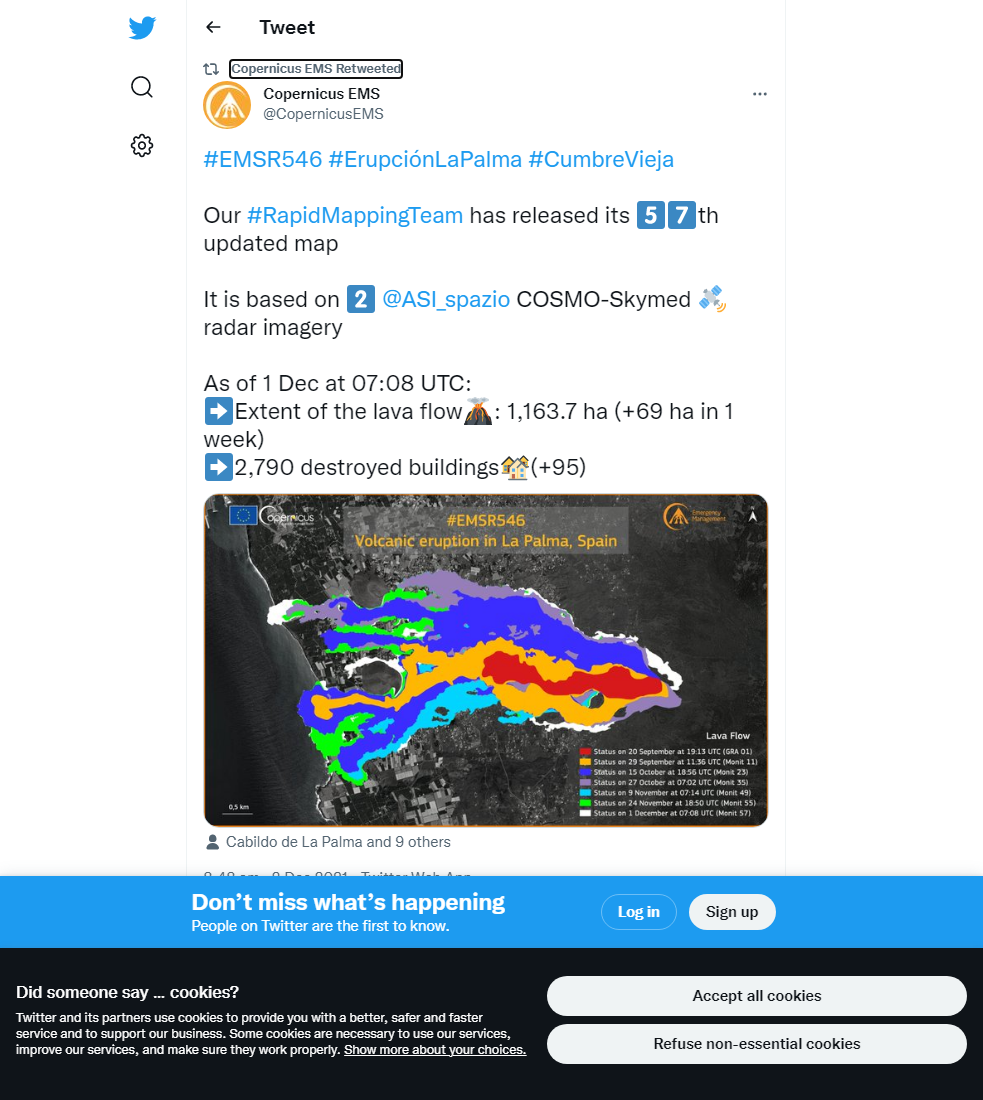 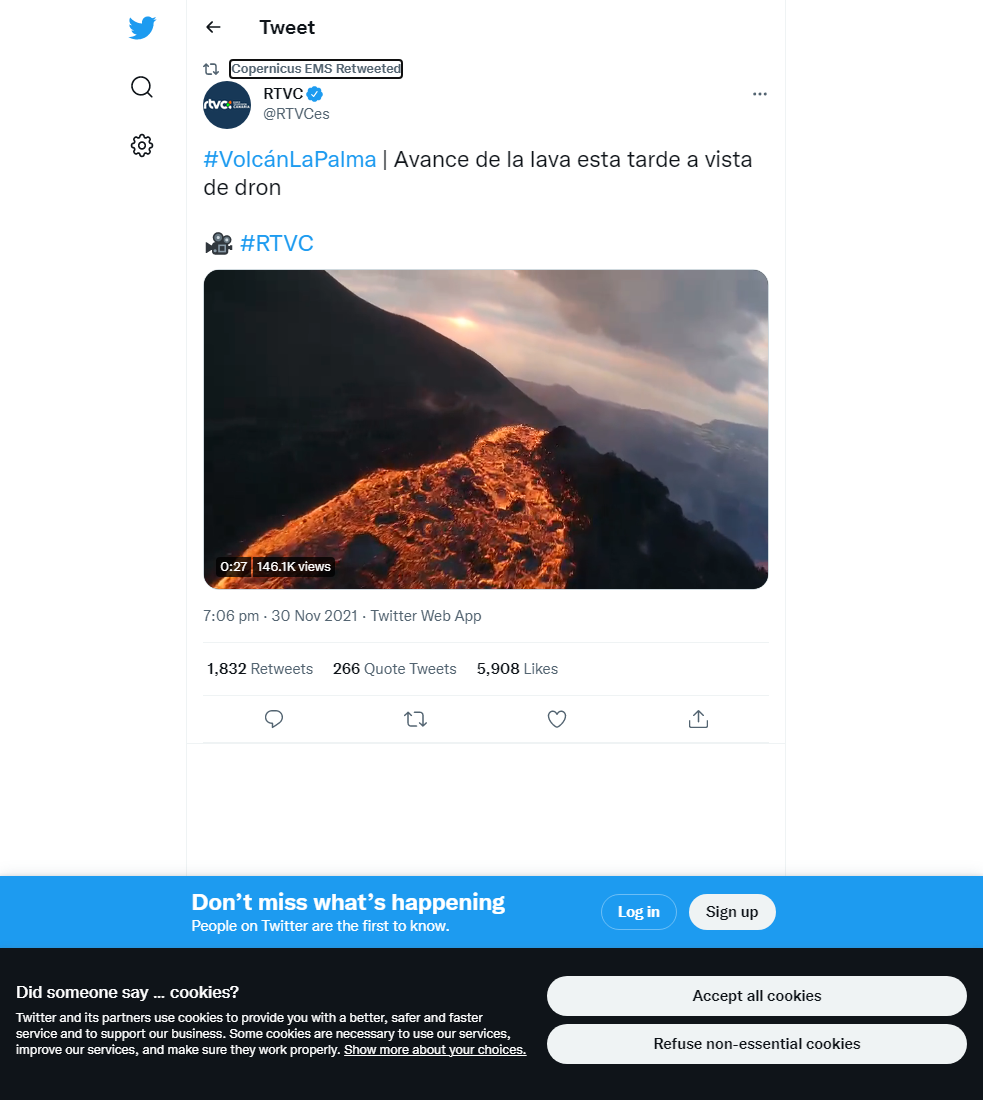 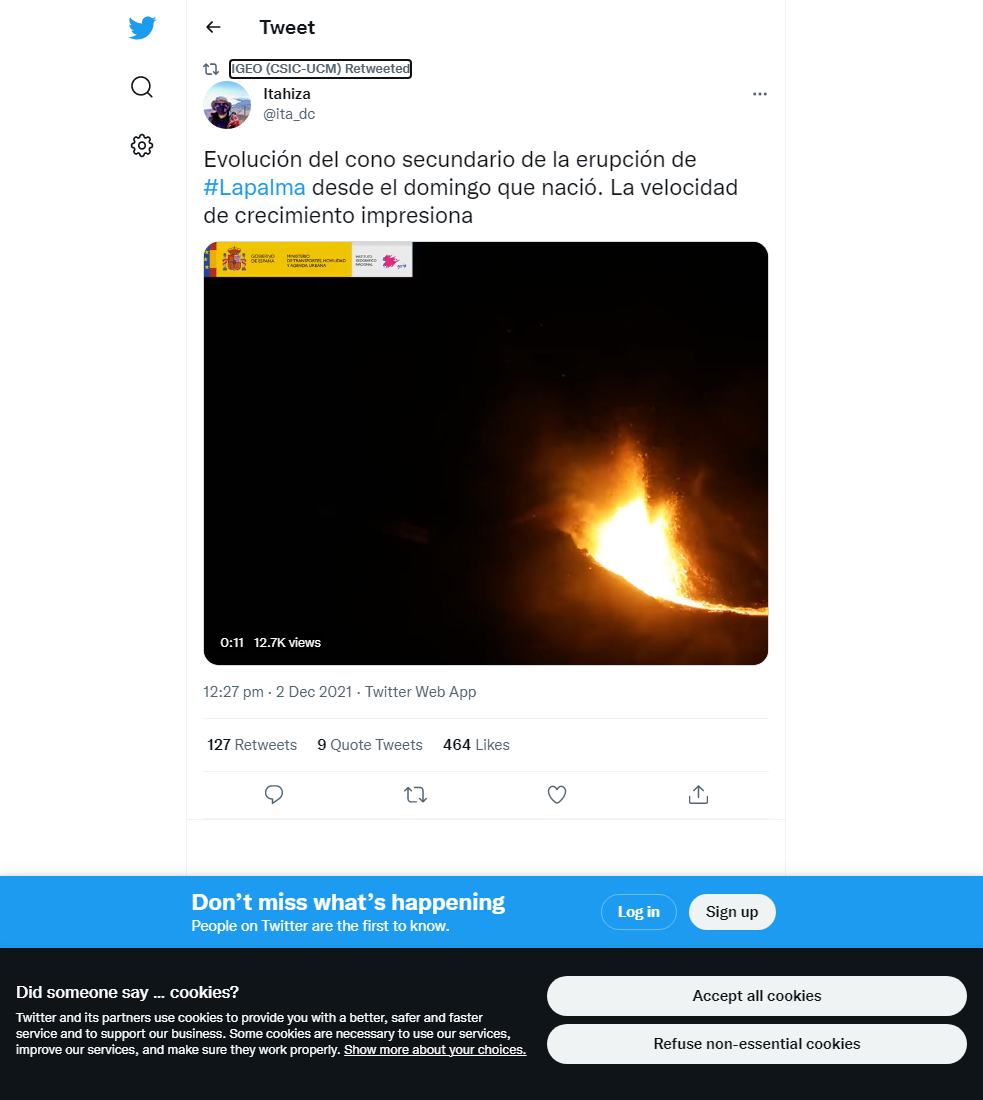 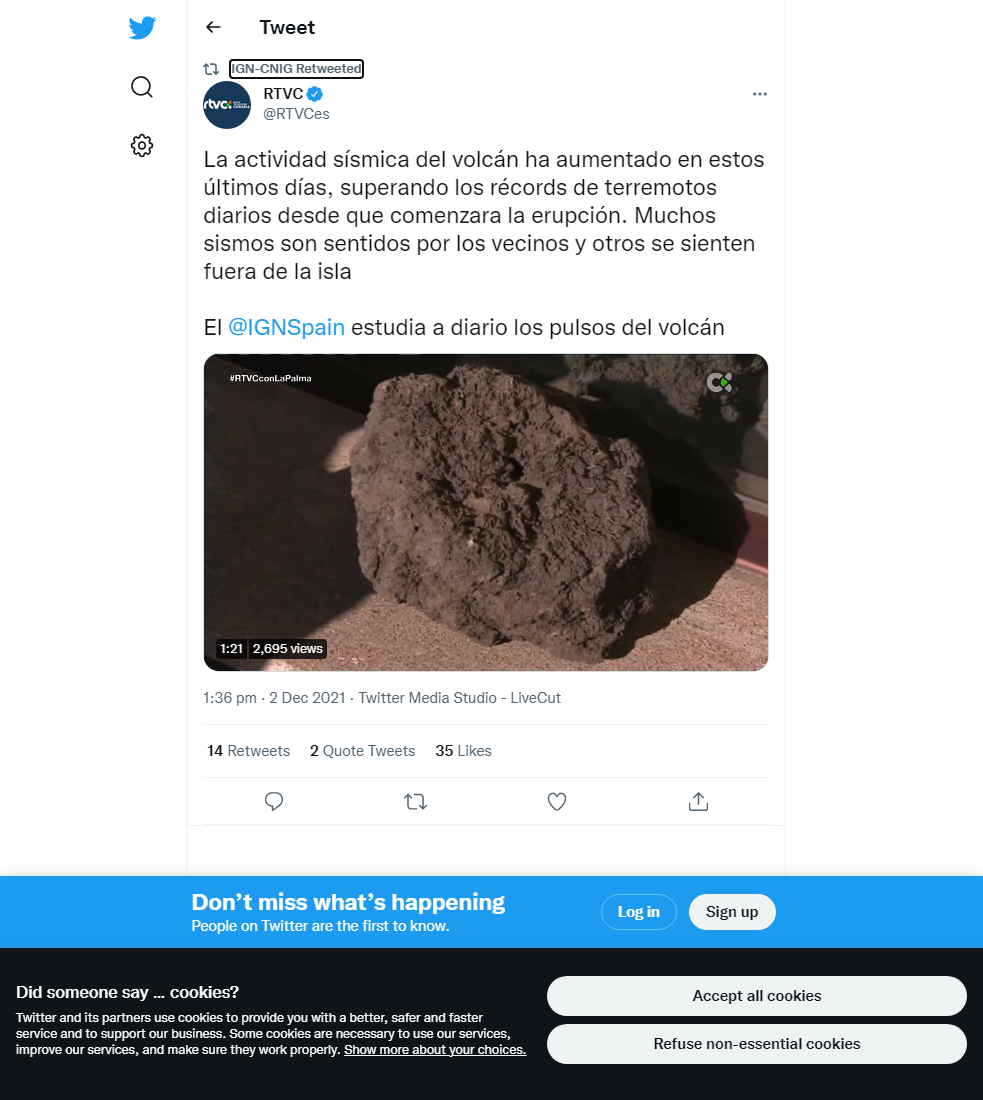 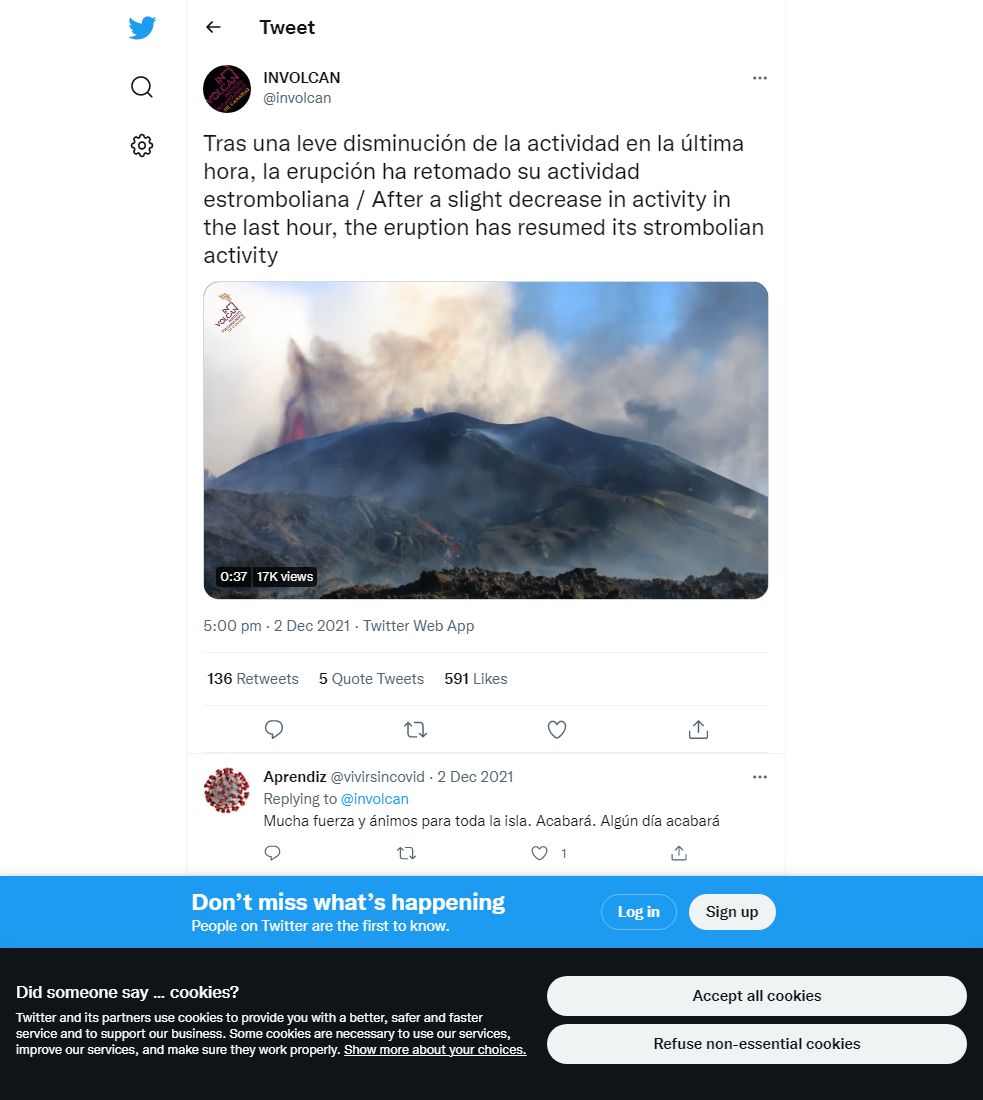 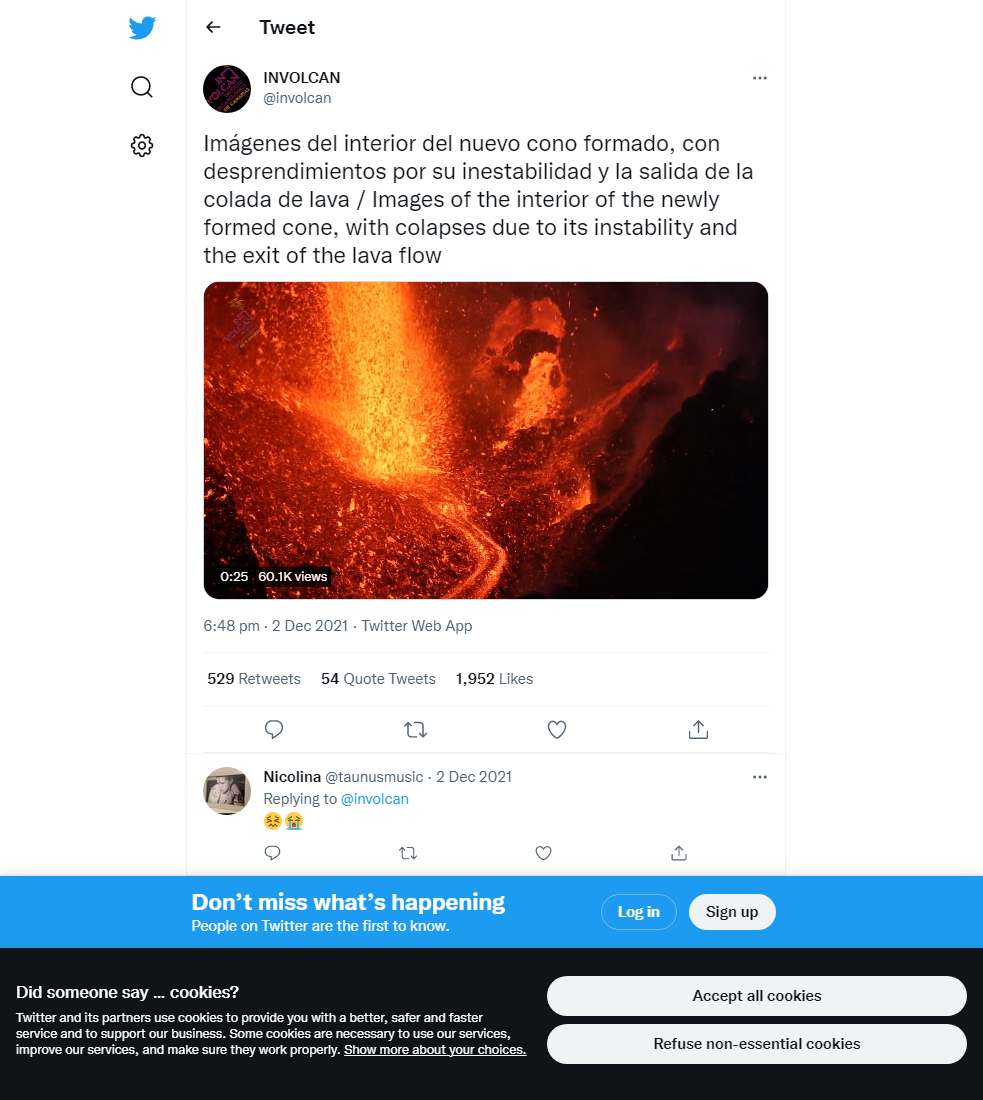 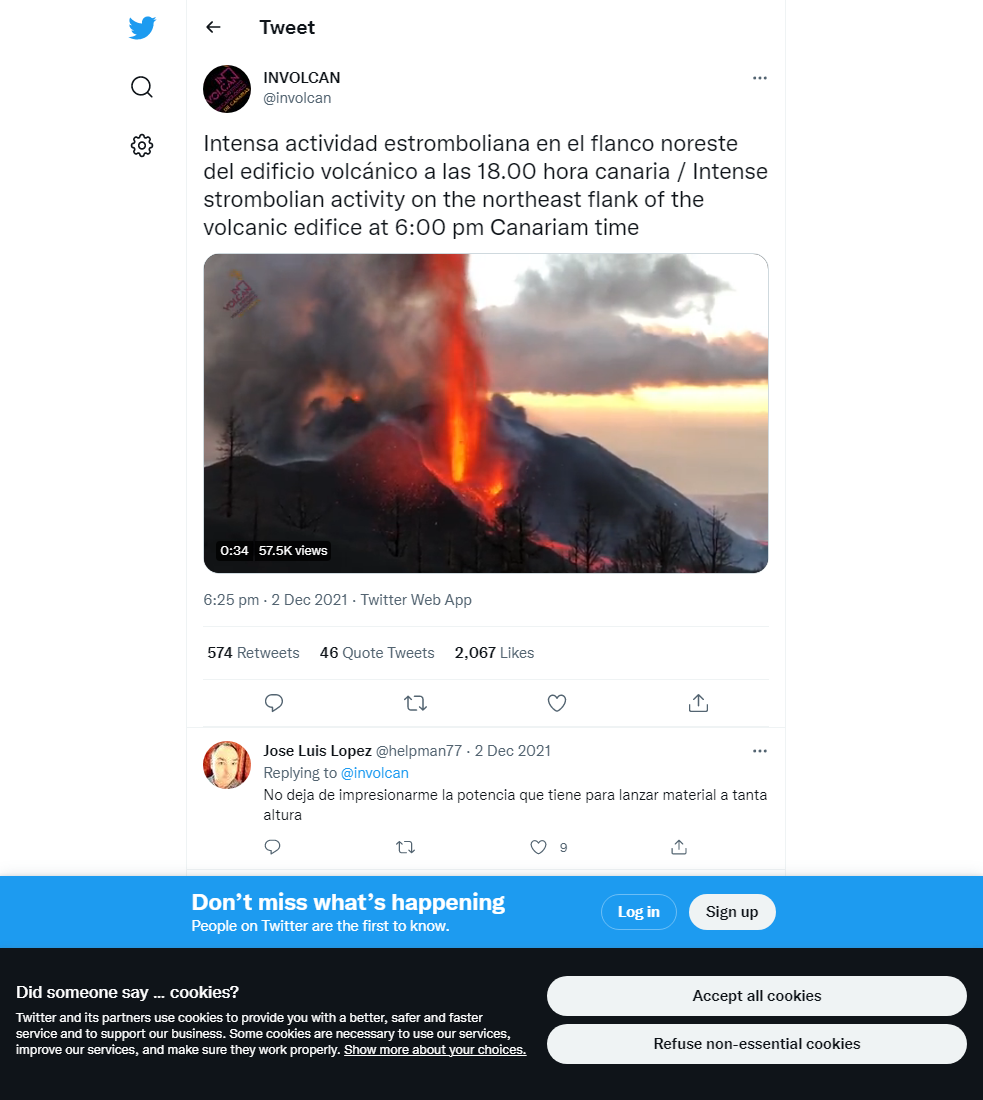