Eruptive activity from the vents in the main cone has continued to be sporadic, with the majority of the eruptive activity being concentrated in strombolian activity in the secondary cone on the NE flank of the main cone, which produces lava flows and pyroclasts. The northernmost flow, now called flow 12, continues to be fed by this cone and has a second branch travelling on top of flow 8 which is about 800 m from La Laguna. The latest data indicate 1,134 hectares have been affected by the lava flows, and the flow field reaches a maximum width of 3,350 m. Damage estimates from Copernicus estimate 2,860 buildings have been affected by the lava flows, whilst the land registry only estimates 1,548 buildings destroyed. Seismicity was once again very high. 336 events were recorded, with most being intermediate (10-15 km depth) events although some deep (30-45 km depth) events were recorded. The day’s largest earthquake which was a mbLg 4.0 event at 11 km depth.

Volcanic tremor has increased to an average level although shows sudden changes in level, whilst deformation now remains stable across the whole network except for some possible deformation signals at the station nearest the volcano, but these also show signs of meteorological origin. SO2 emissions were again measured at a ‘high’ level (1,000-29,999 tons per day), and the ash and gas plume heights were 3,500 m and 5,200 m respectively. As a general trend however, satellite measurements imply current SO2 emissions are lower than the start of the eruption. Air quality with respect to SO2 was improved and was at good levels across all stations on the island, and likewise PM10 concentrations were at good or reasonably good levels at all stations throughout the day. 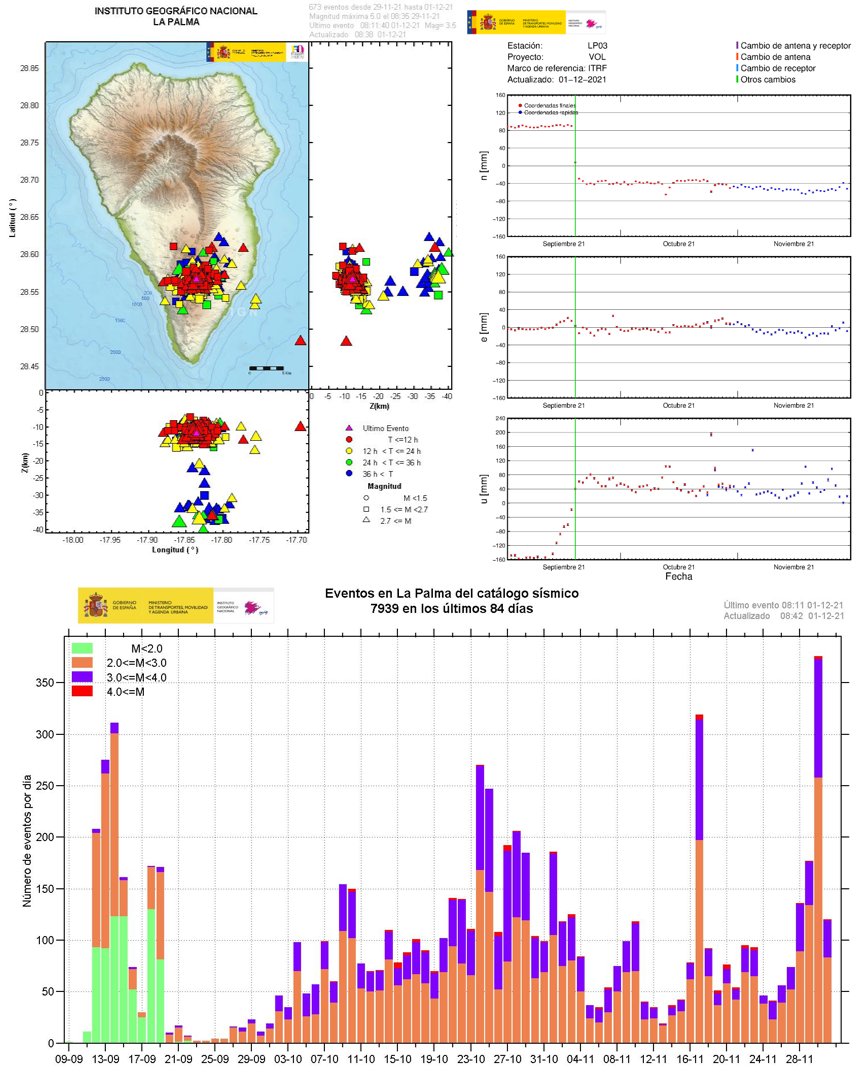 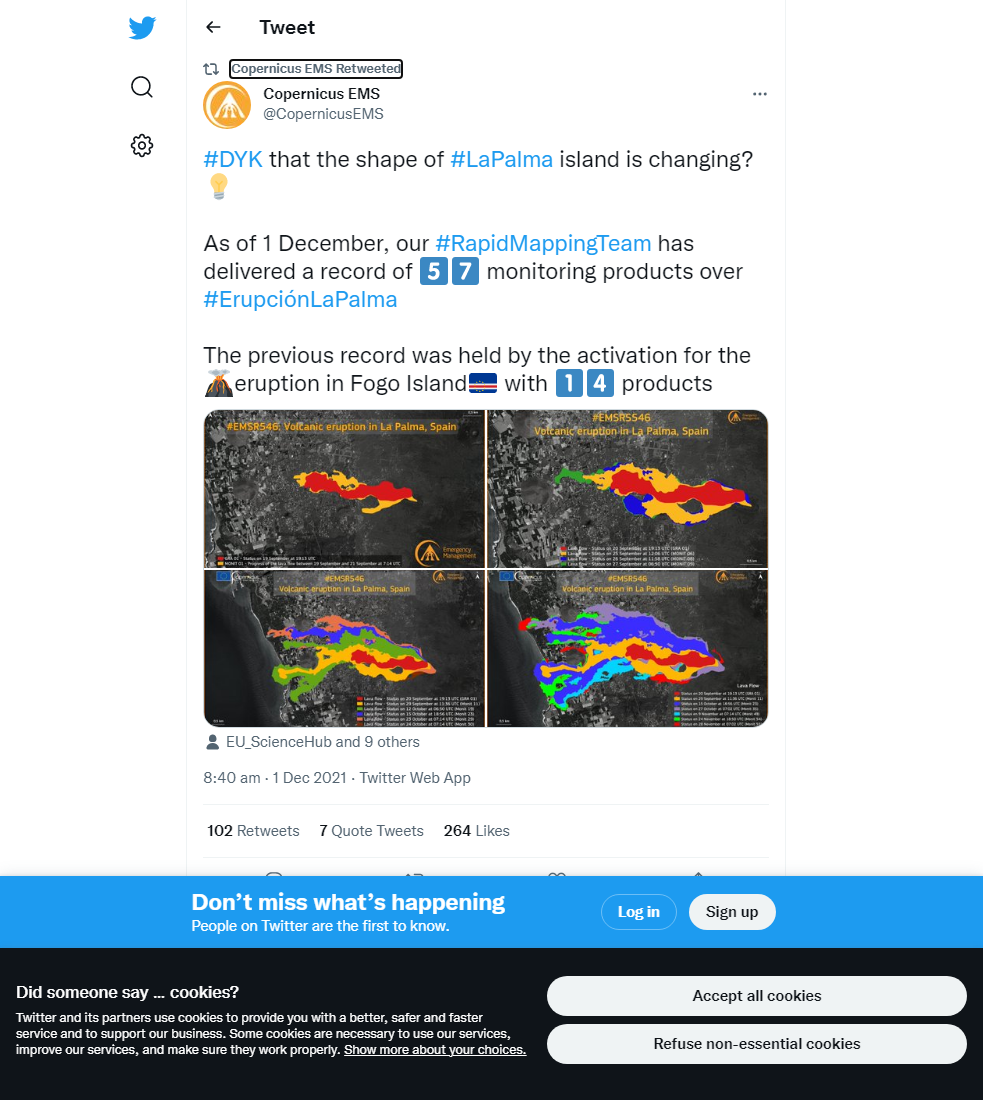 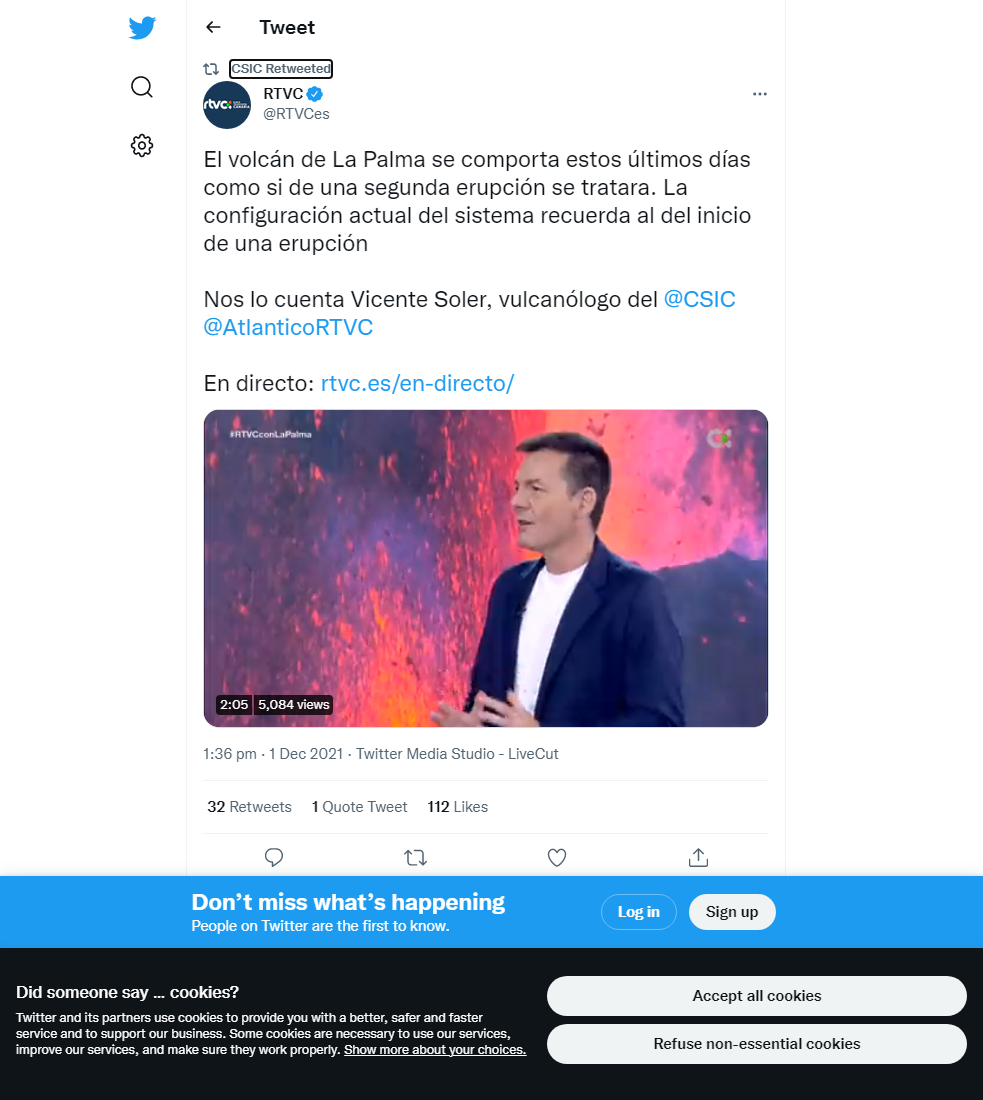 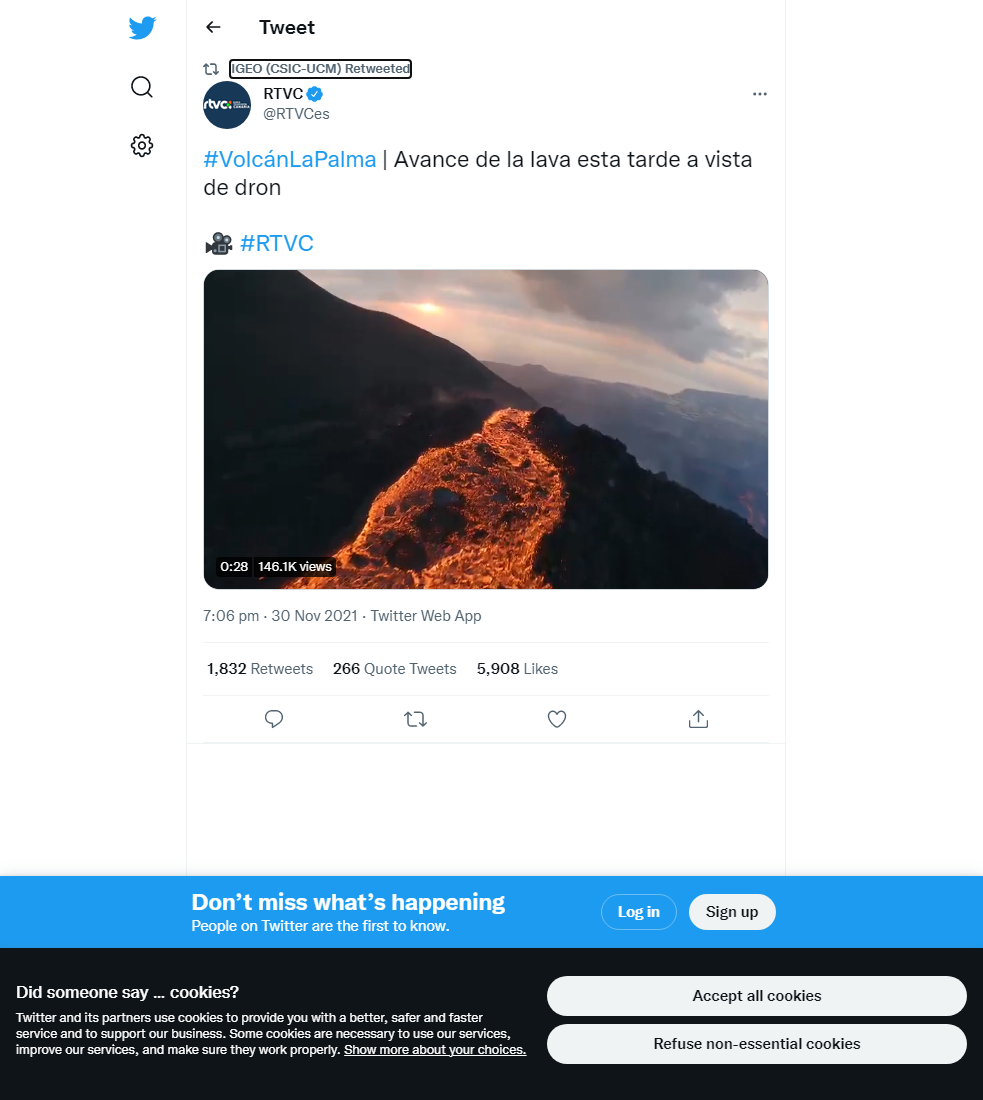 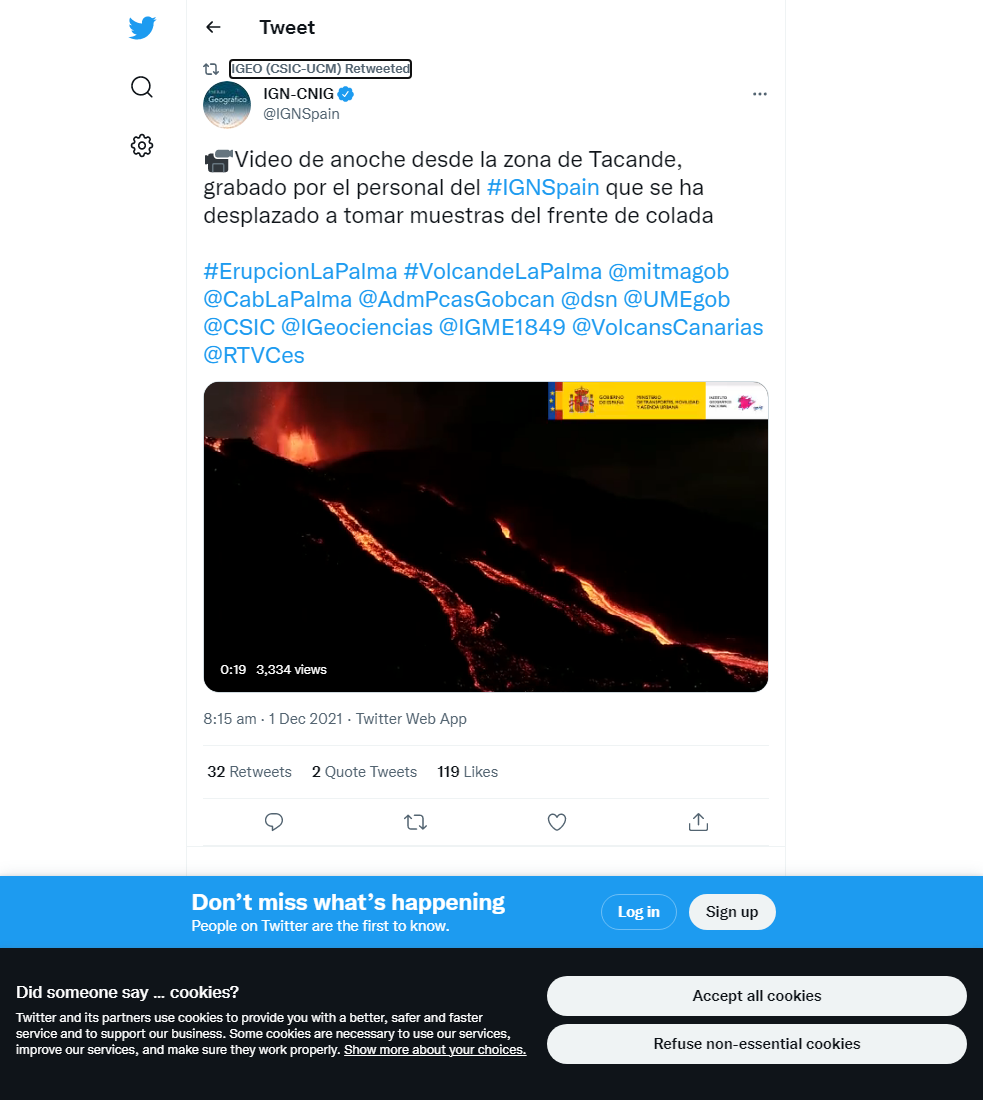 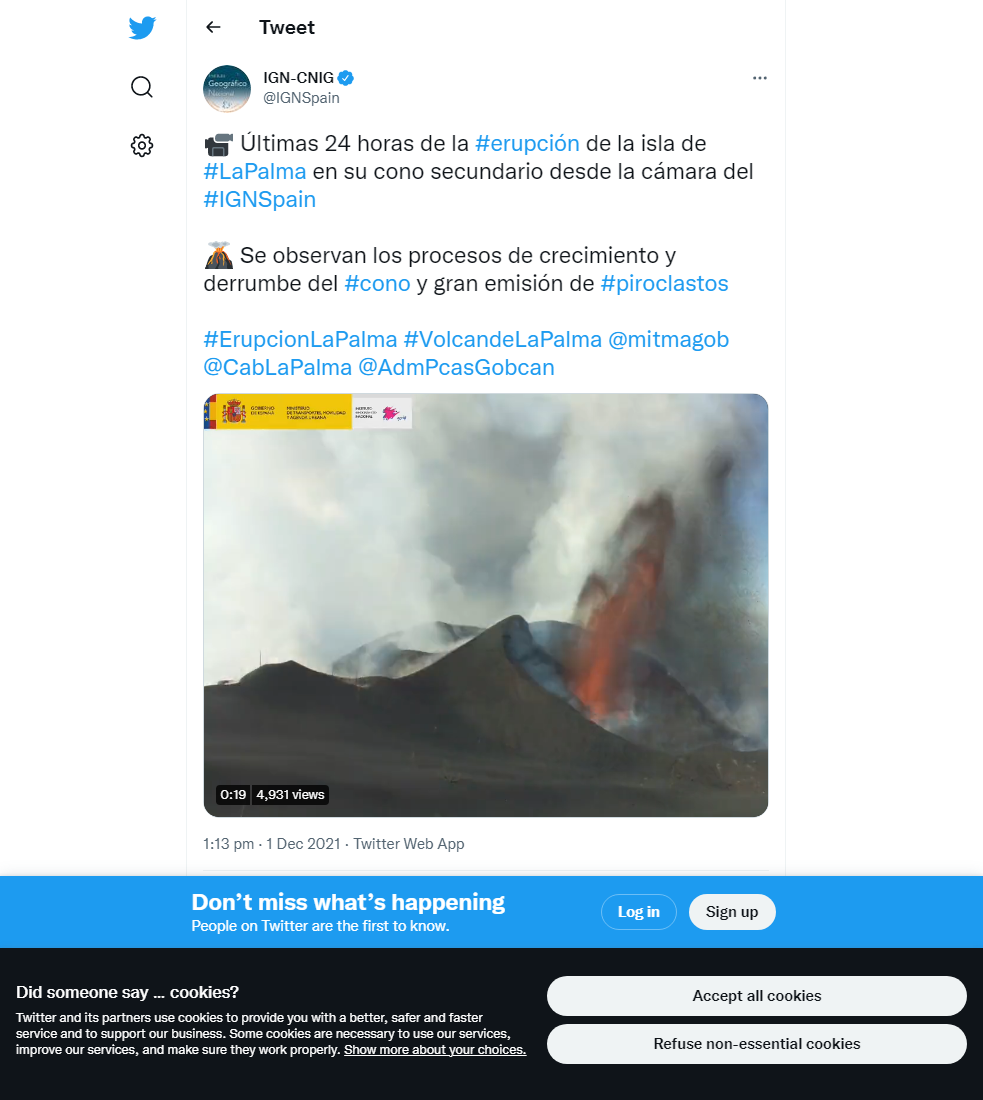 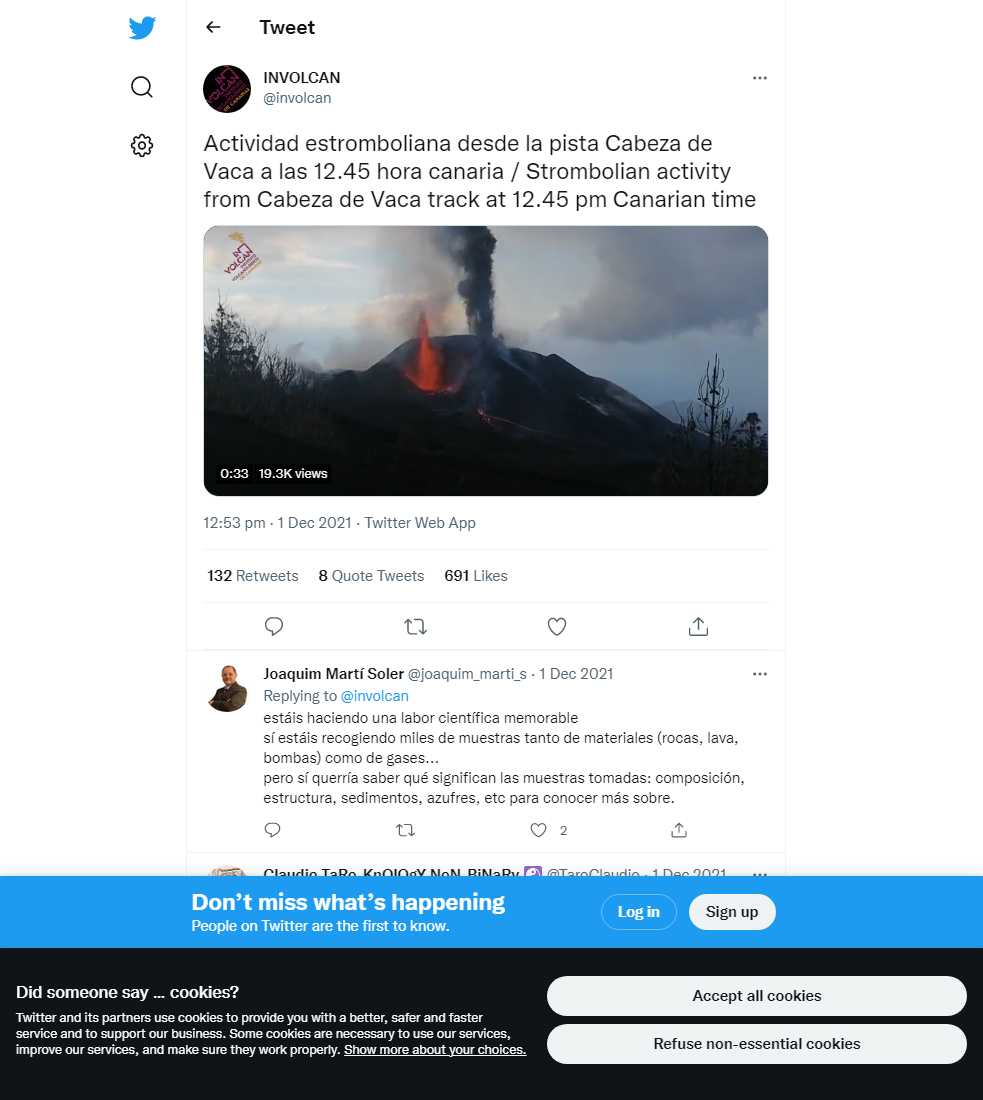 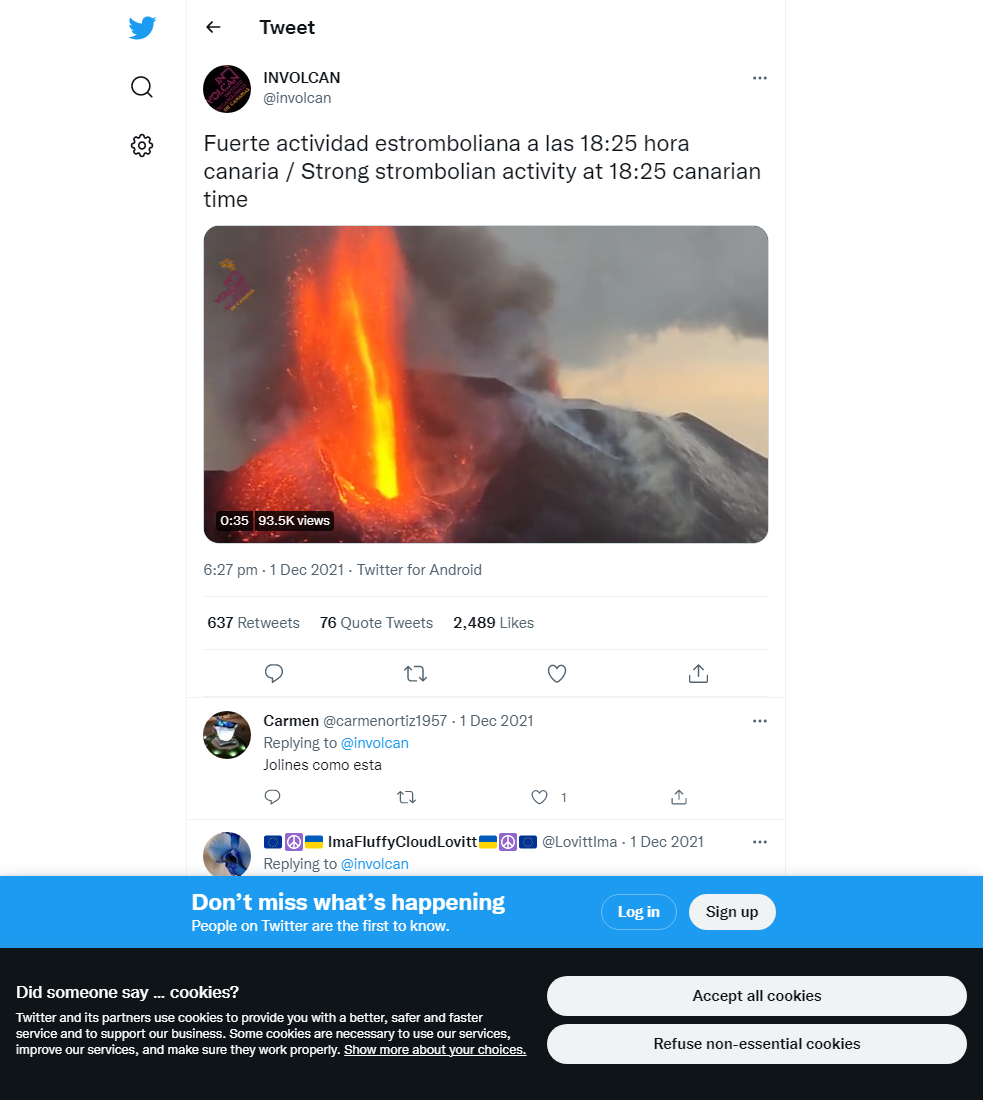 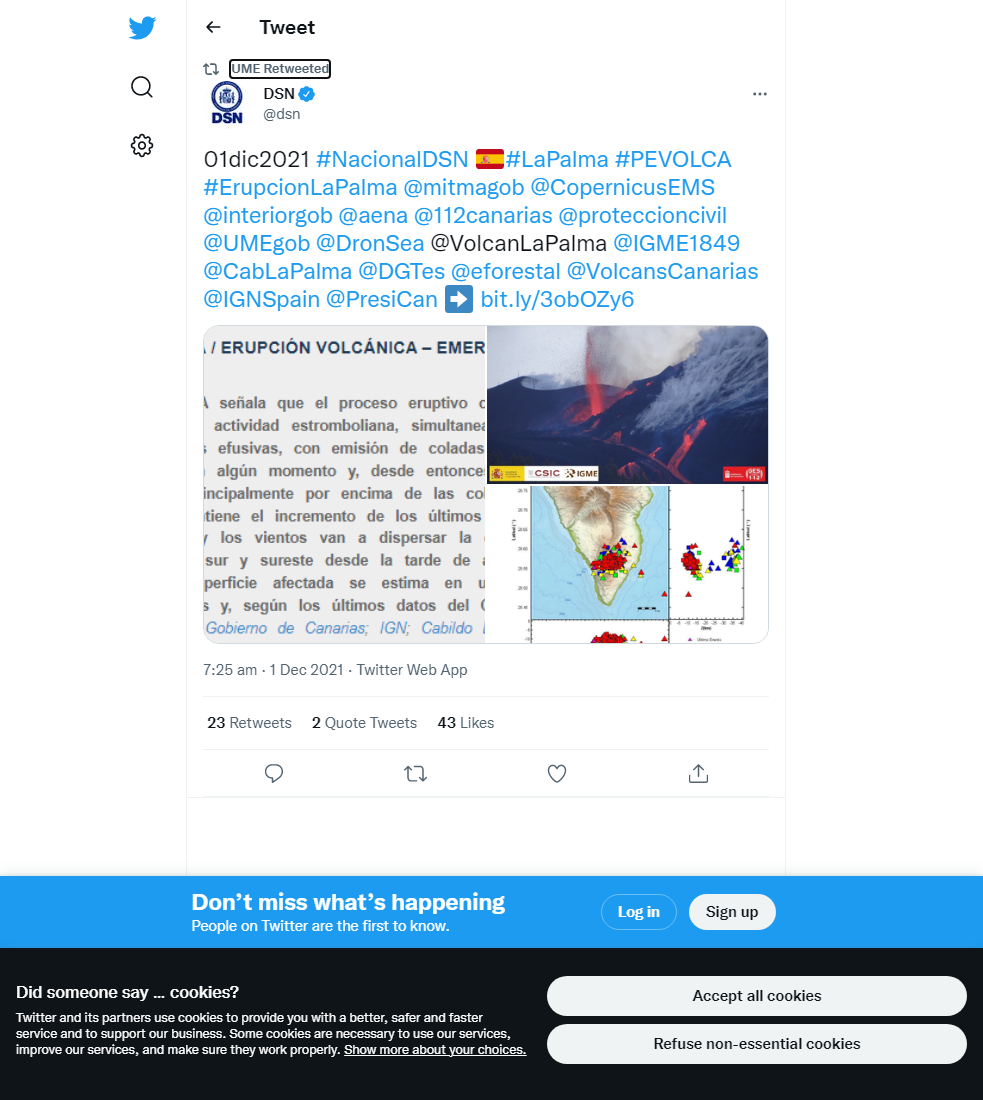