Throughout the day, the surface activity of the volcano was variable, with the northeast vent that was been the most active over the last week stopping, and the foci of the eruption switching to vents on the southeast flank of the main cone, which showed intermittent strombolian activity. This switch led to the reactivation of the lava flows to the south of Cogote Mountain, which occupy new land to the south of the flow field, although they were viscous and moved slowly. However, in the early evening, it was reported that new emission centres aligned east-west appeared lower down the southern flow west of the Las Manchas cemetery. These are emitting very fluid lava, speeding up the advance of the new lava flow and affecting further land.

Only 41 earthquakes were recorded yesterday by IGN, showing a continuing decrease in the seismic activity, with most again being concentrated at shallow-intermediate depths (10-15 km). In terms of deformation, the inflation episode reported at the LP03 station near Jedey has partially reversed, and the rest of the network continues to show stability with a very gradual deflation trend seen at some of the more proximal stations to the eruption. The emission of SO2 continues to be high from the volcano however, which indicates the presence of magma to feed the eruption, although the SO2 concentrations in nearby towns remained at reasonably good to good at all stations apart from Los Llanos de Aridane, Tazacorte and Puntagorda where the levels were regular. It has been made clear by PEVOLCA that any forecasts of the end of eruption cannot be made until we see sustained low SO2 emissions from the volcano, regardless of the level of surface activity, seismicity and deformation.

PM10 concentrations were increased across the island, especially in the east, due in part to winds bringing a haze of Saharan dust to the island. However, they remained reasonably good at all stations aside from La Grama (Breña Alta), where they reached unfavourable levels, prompting advice to stay inside if at all possible and wear FFP2 masks when outside. 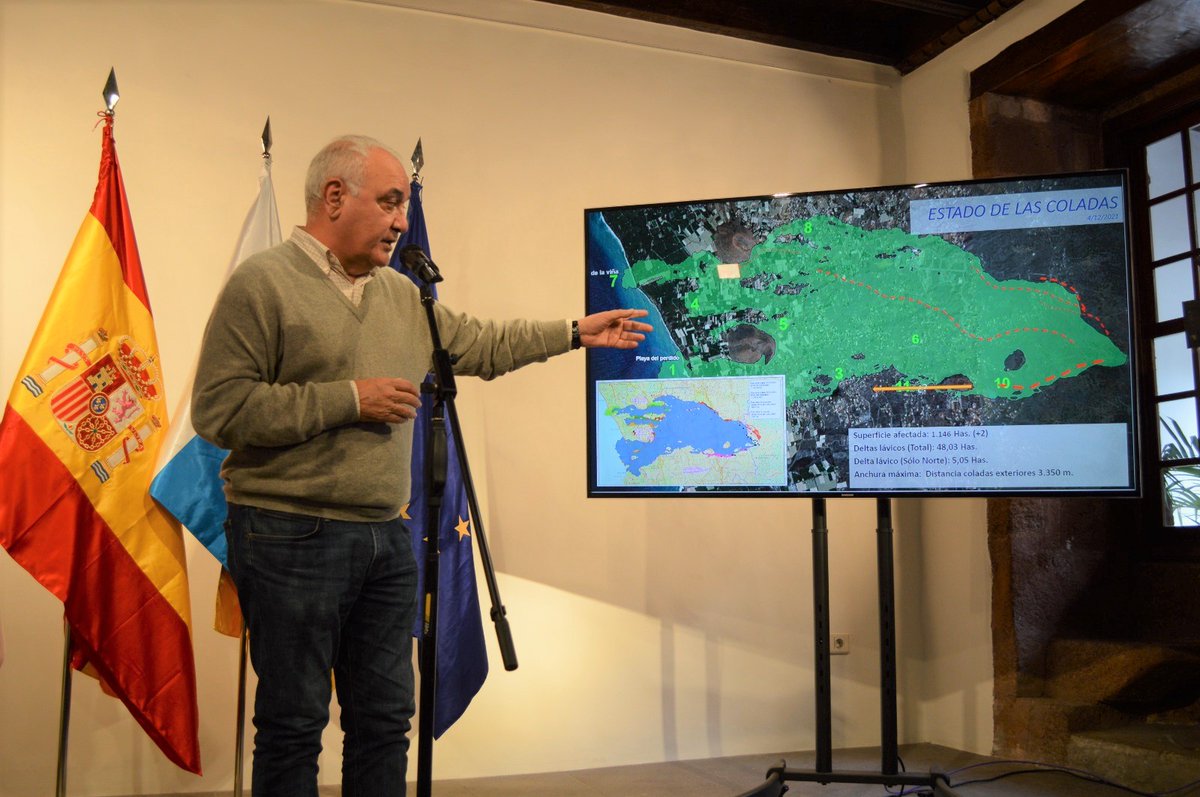 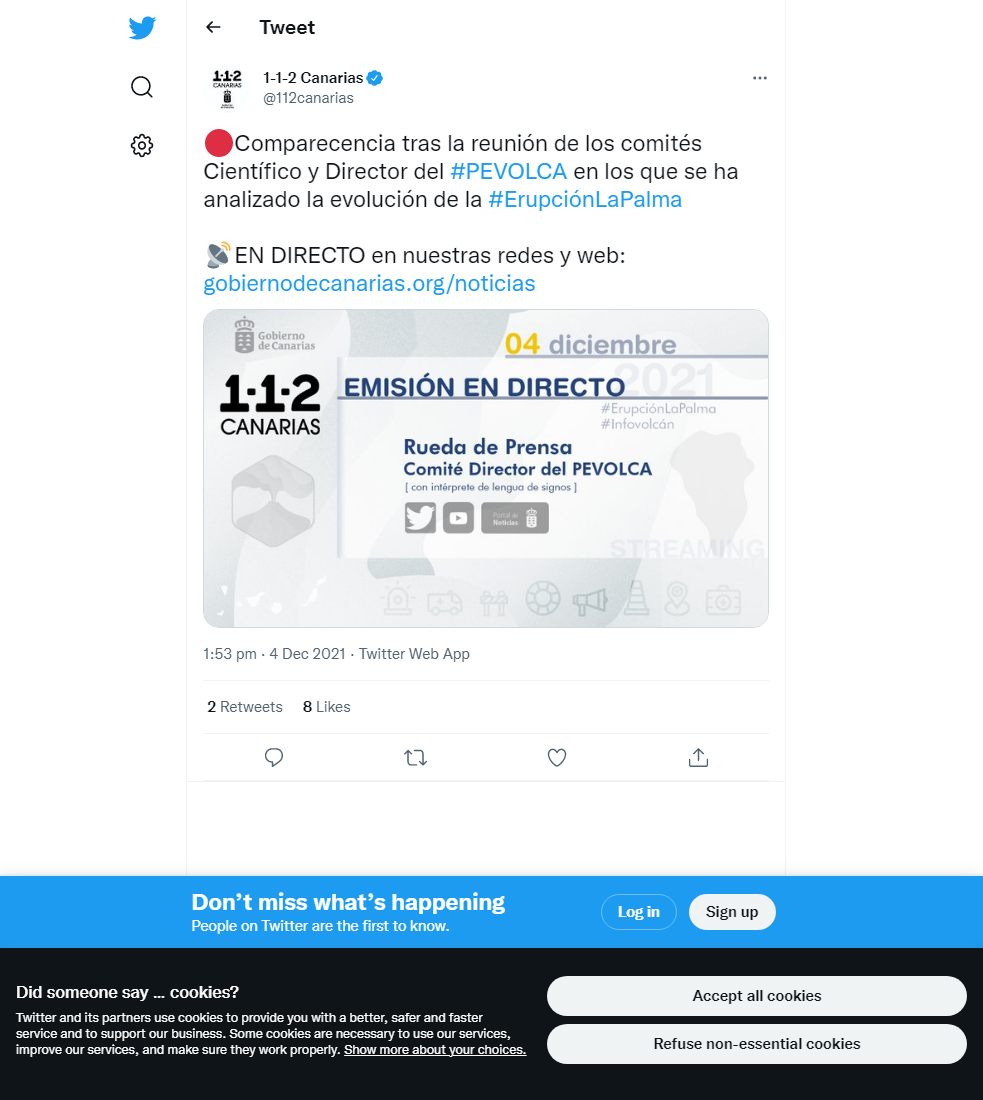 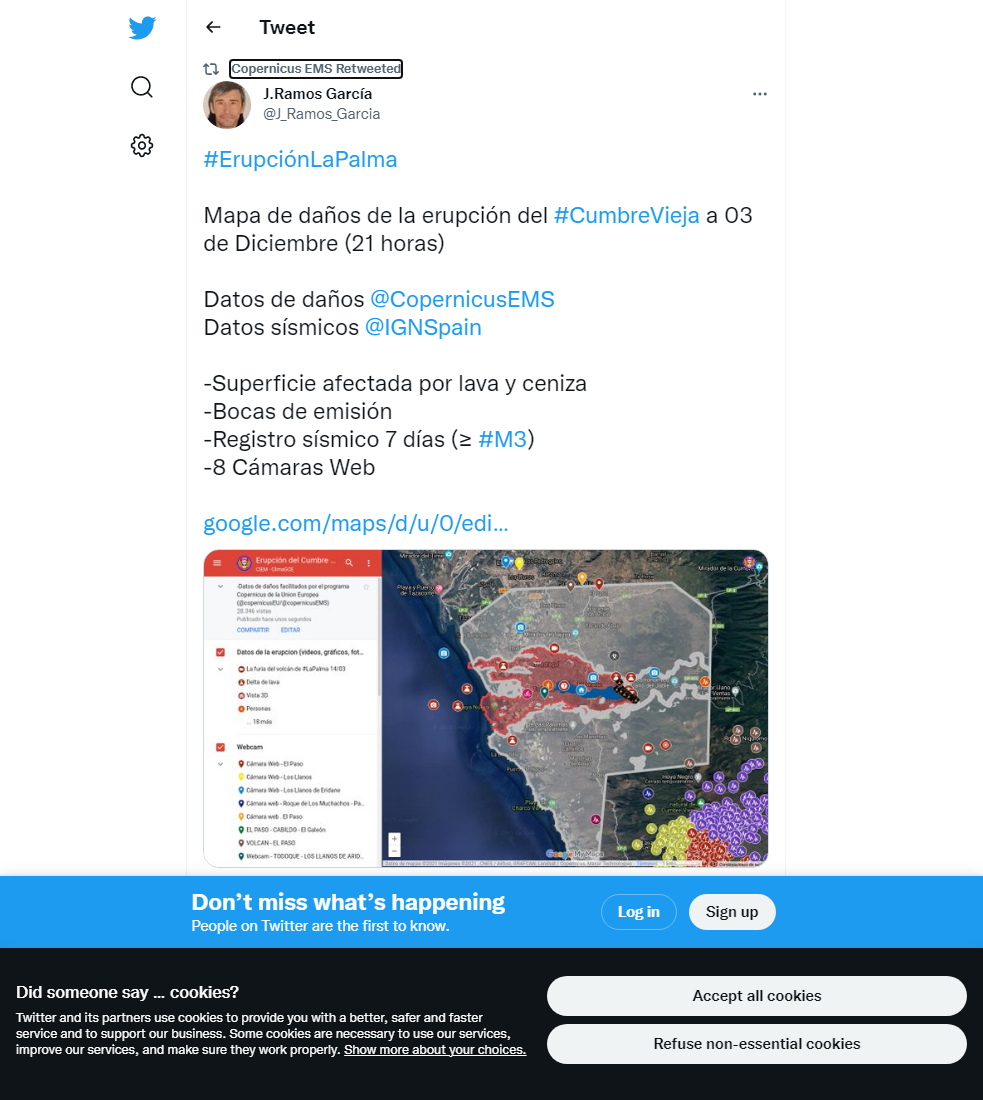 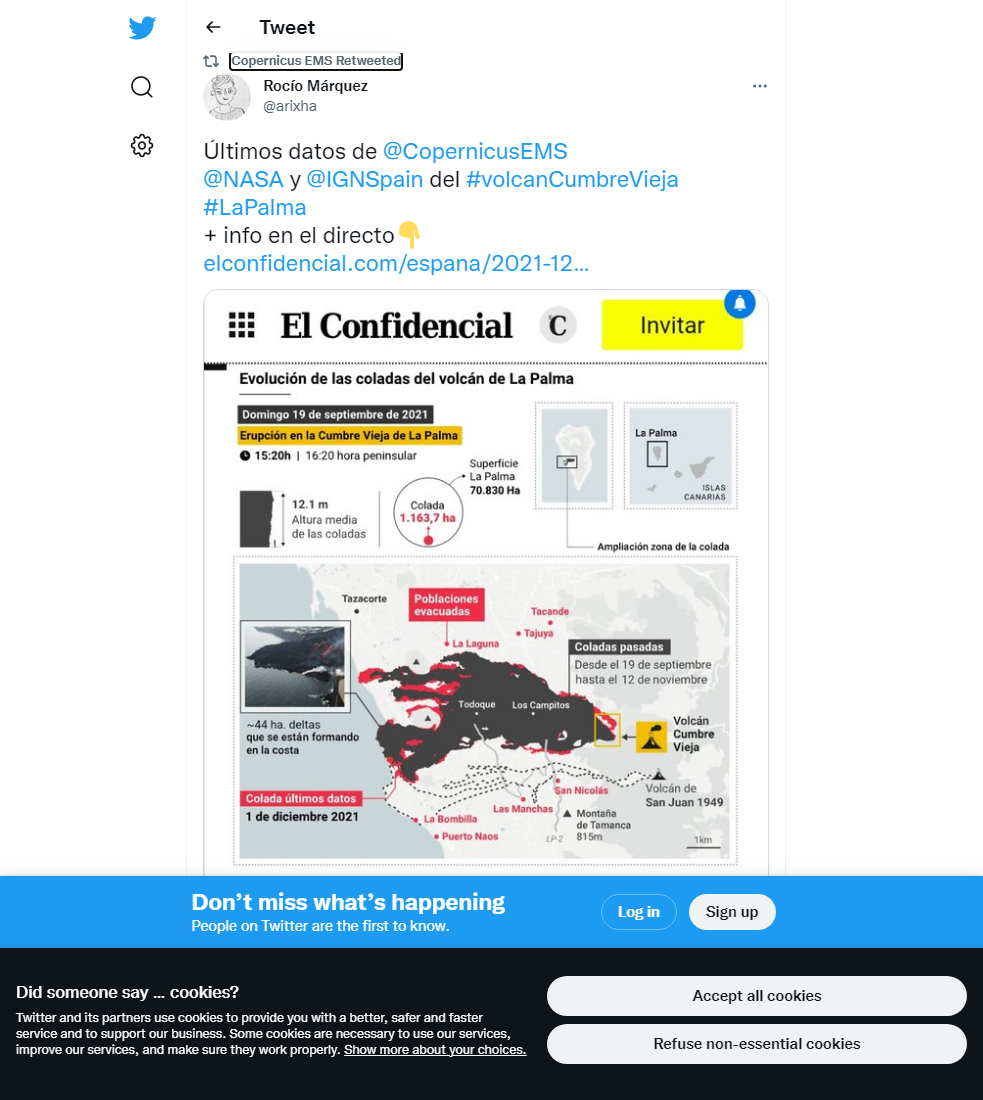 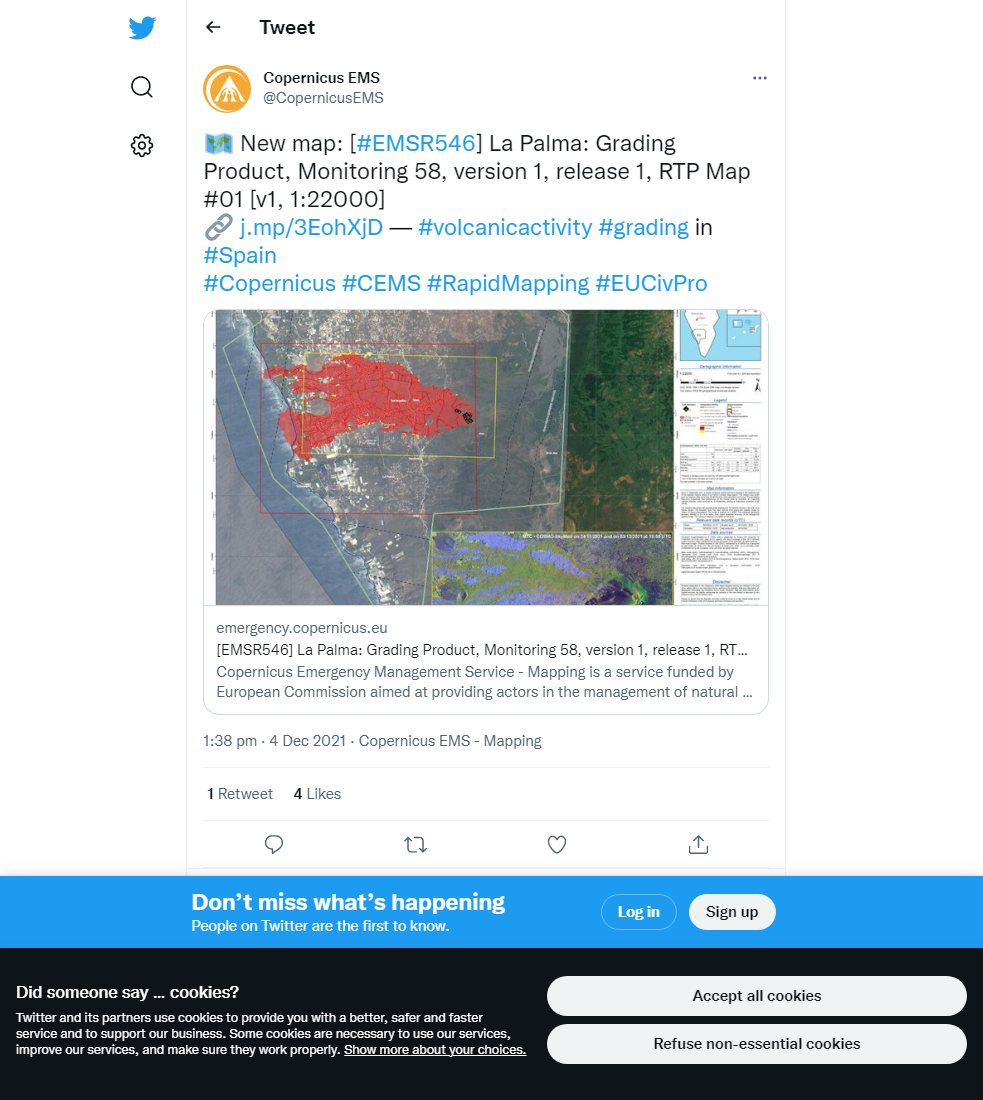 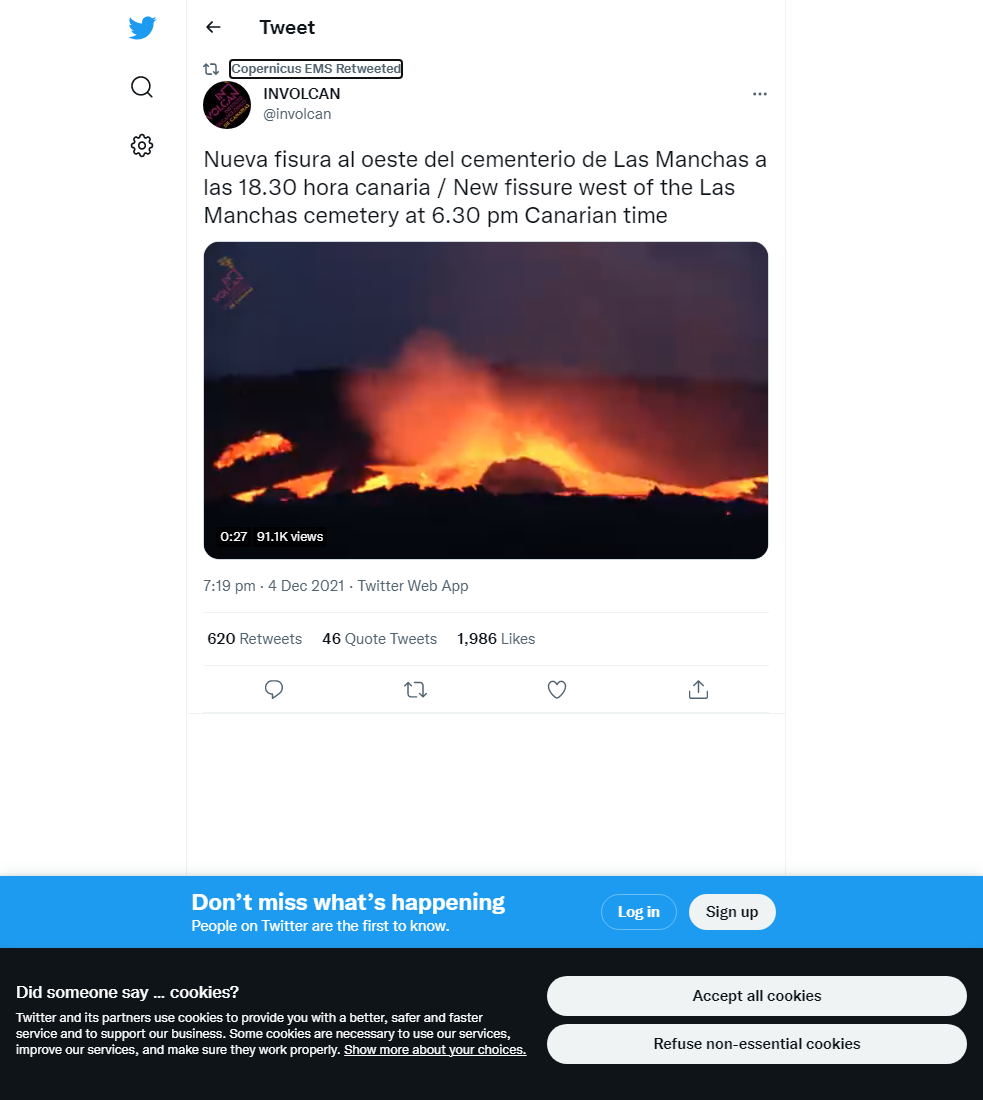 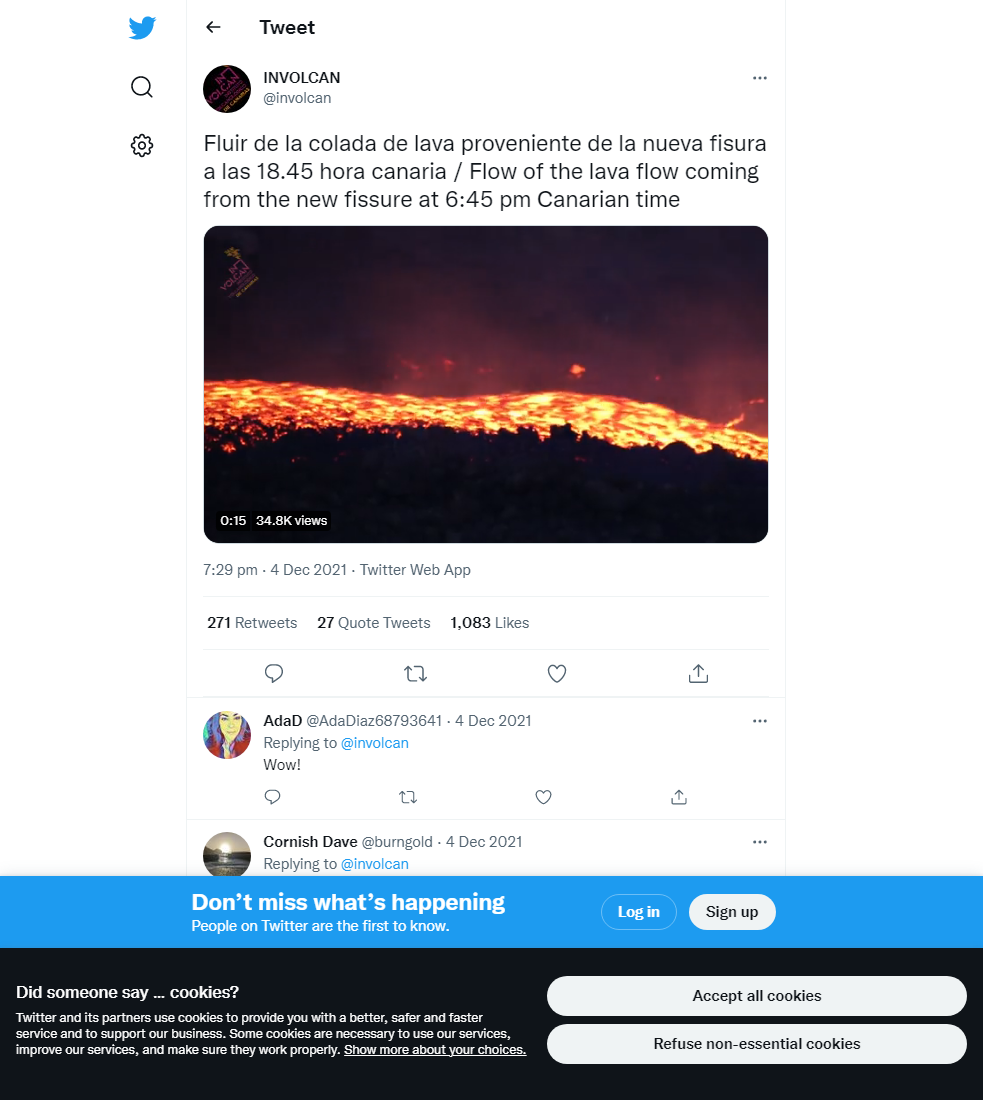 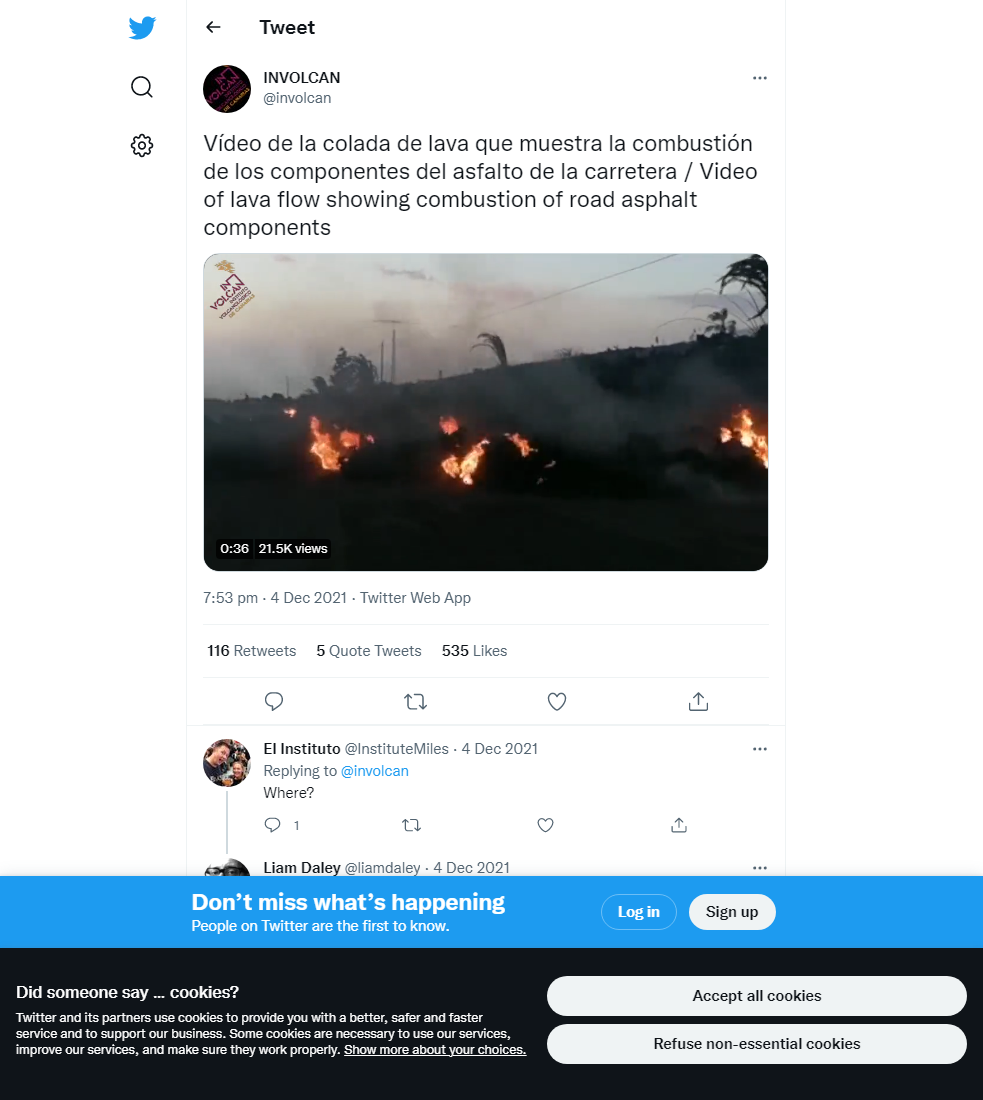 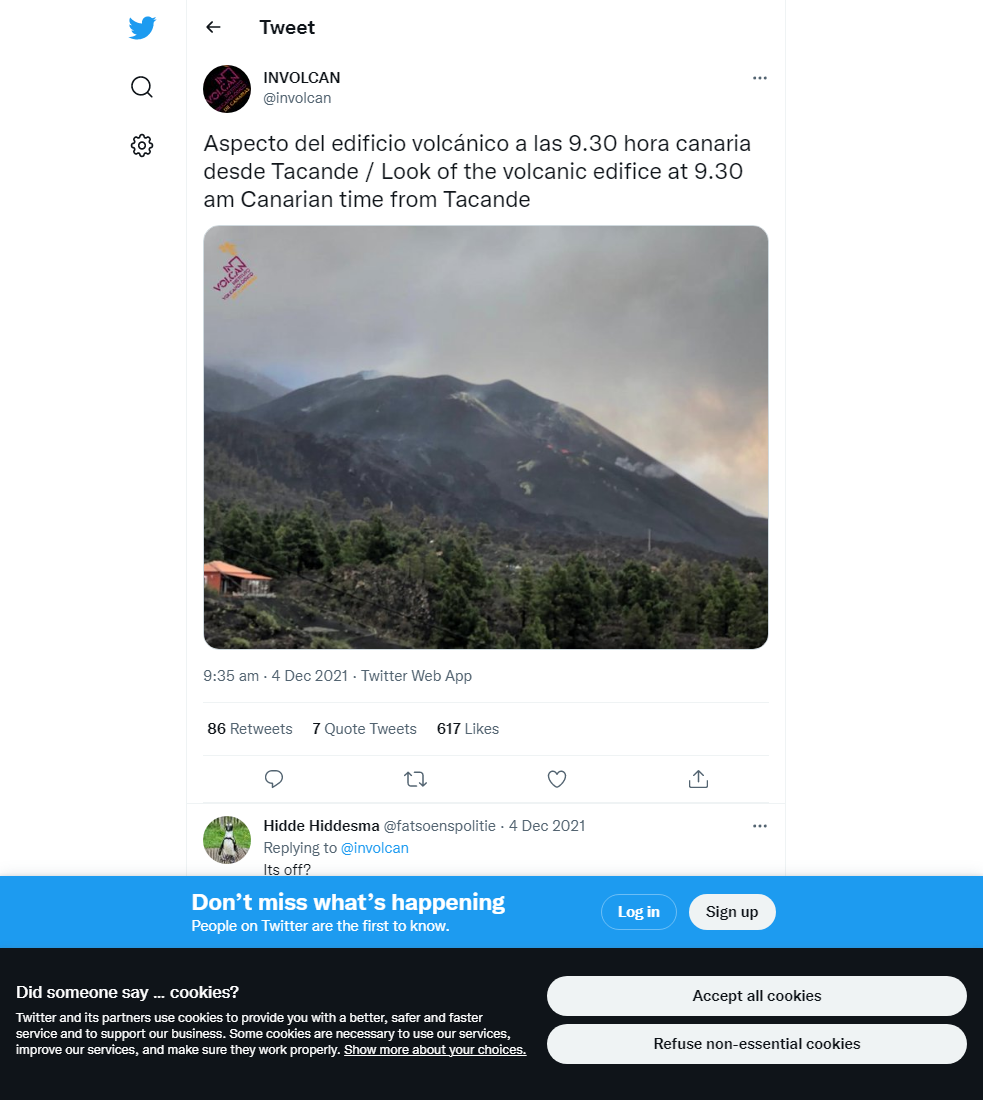