The eruption continues with strombolian activity with variable amounts of gas and ash emission from the main cone, as well as an effusive focus to the west of the main cone that opened up on the 4th of December. The flows from this region have now reached the sea, adding material to the southern lava delta. Elsewhere, lava flow activity continues to the concentrated mainly in lava tubes in the centre of the flow, feeding flow 4. A new Copernicus EMS map, showing lava flow progress until 5th December 07:50 UTC calculates 1,212 ha and 2,881 buildings affected by the flows.

Over the last 24 hours, large cracks were identified in the main cone, close to the now inactive northeast vent. However, according to PEVOLCA these do not seem to compromise the stability of the main cone. Seismicity remained low yesterday, with 36 earthquakes predominantly at <20 km depth, peaking at M3.5. Seismic tremor stayed at low-medium levels, although showed slightly more variability than the past couple of days. Deformation shows no trends in the stations near the eruption and stability elsewhere, except the LP04 station where a deflation signal has been seen.

Air quality throughout the island has improved today, allowing for the first time in a few days for irrigators to access the evacuated zone from both the north and south. SO2 concentrations have been at good and reasonably good at all stations except Tazacorte, Los Llanos de Aridane and Puntagorda, that remained mostly at regular levels. SO2 emissions measured in the volcanic plume however remain ‘high’, although continue a long-term decreasing trend. With the diffusion of the Saharan dust haze of the last two days, PM10 concentrations also decreased, with levels being reasonably good or regular in all stations except La Grama, where concentrations remained unfavourable. 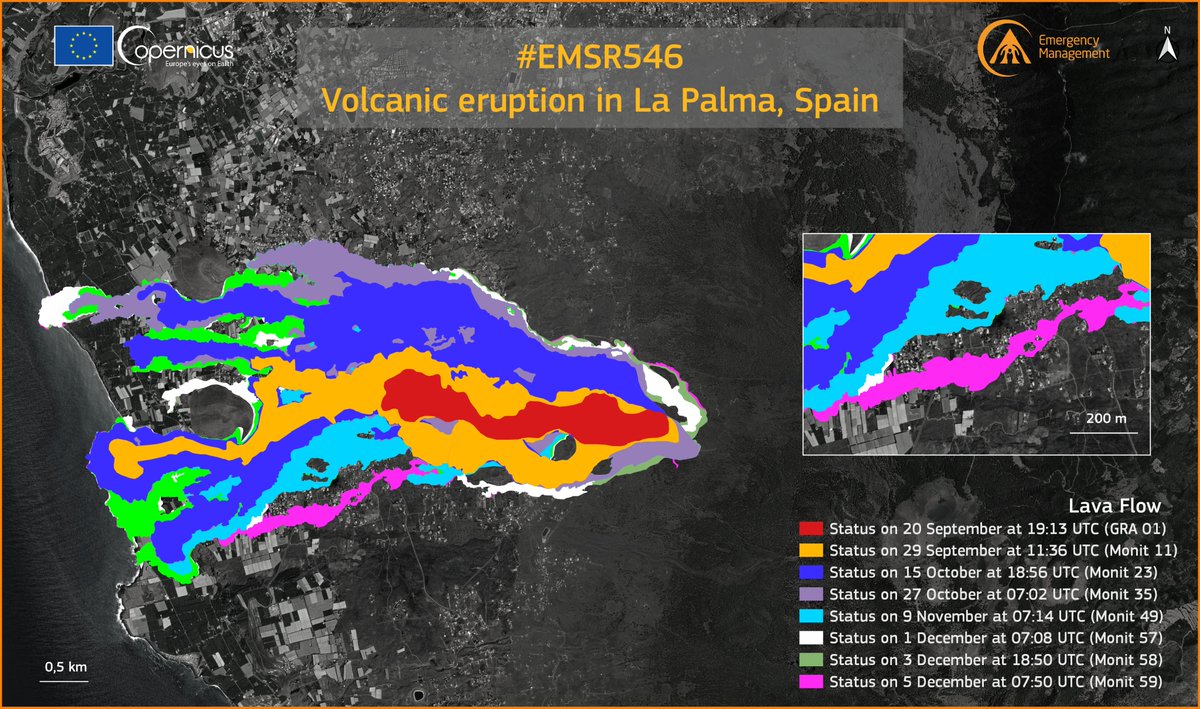 The latest map of the lava flow extents from the 5th December, showing the progress of the new lava flow to the south generated by the new vents that opened on the 4th to the west of the main cone. This flow has today reached the sea. Image credit: Copernicus EMS 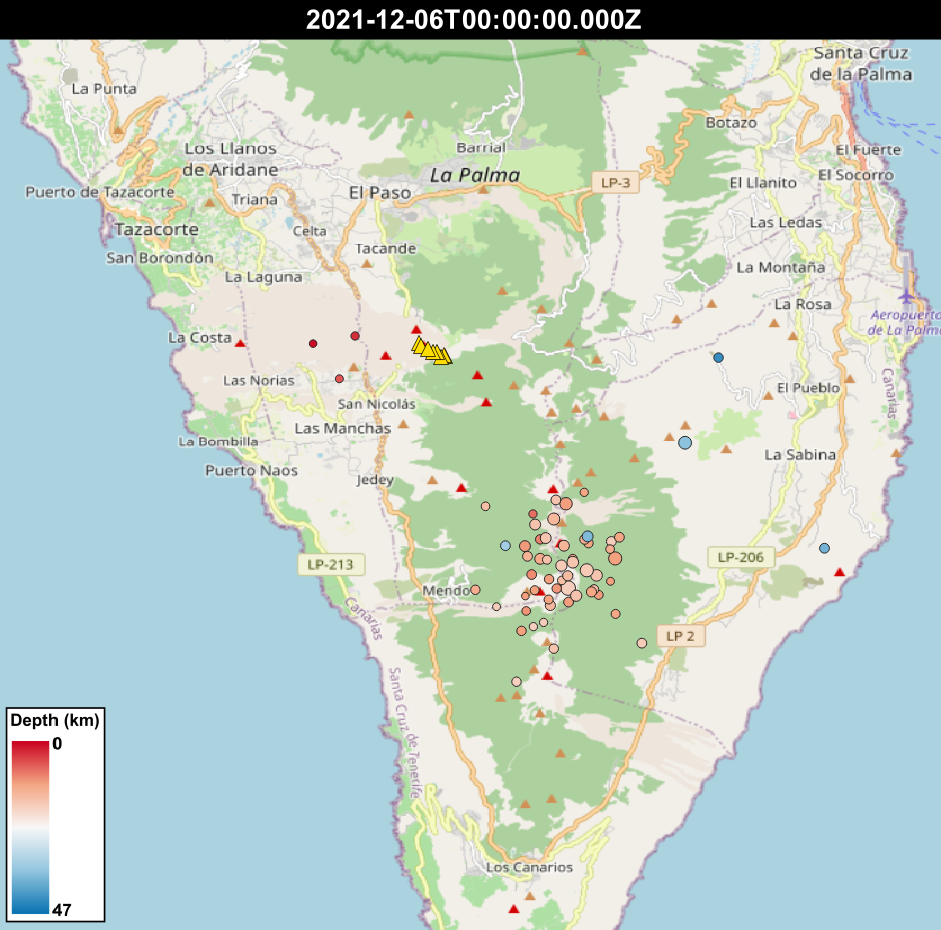 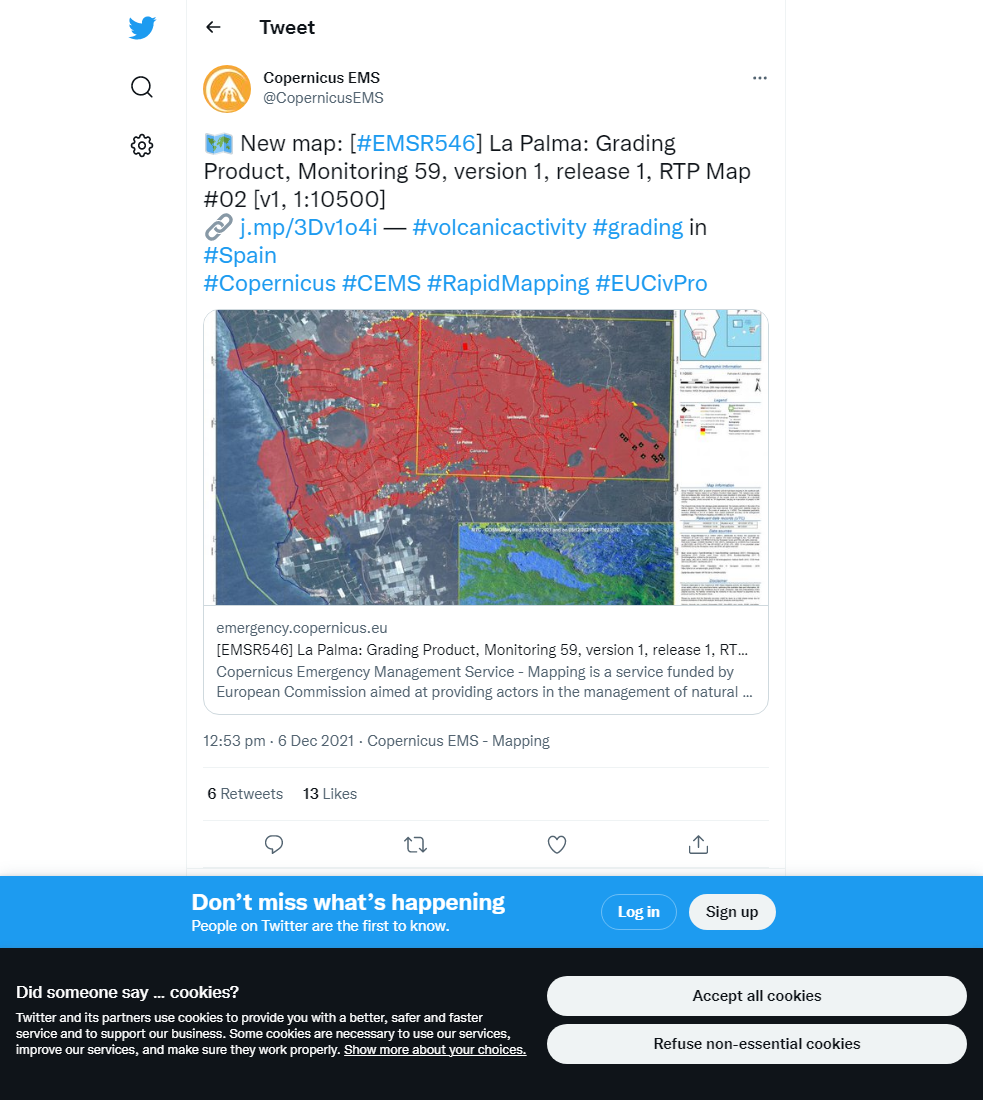 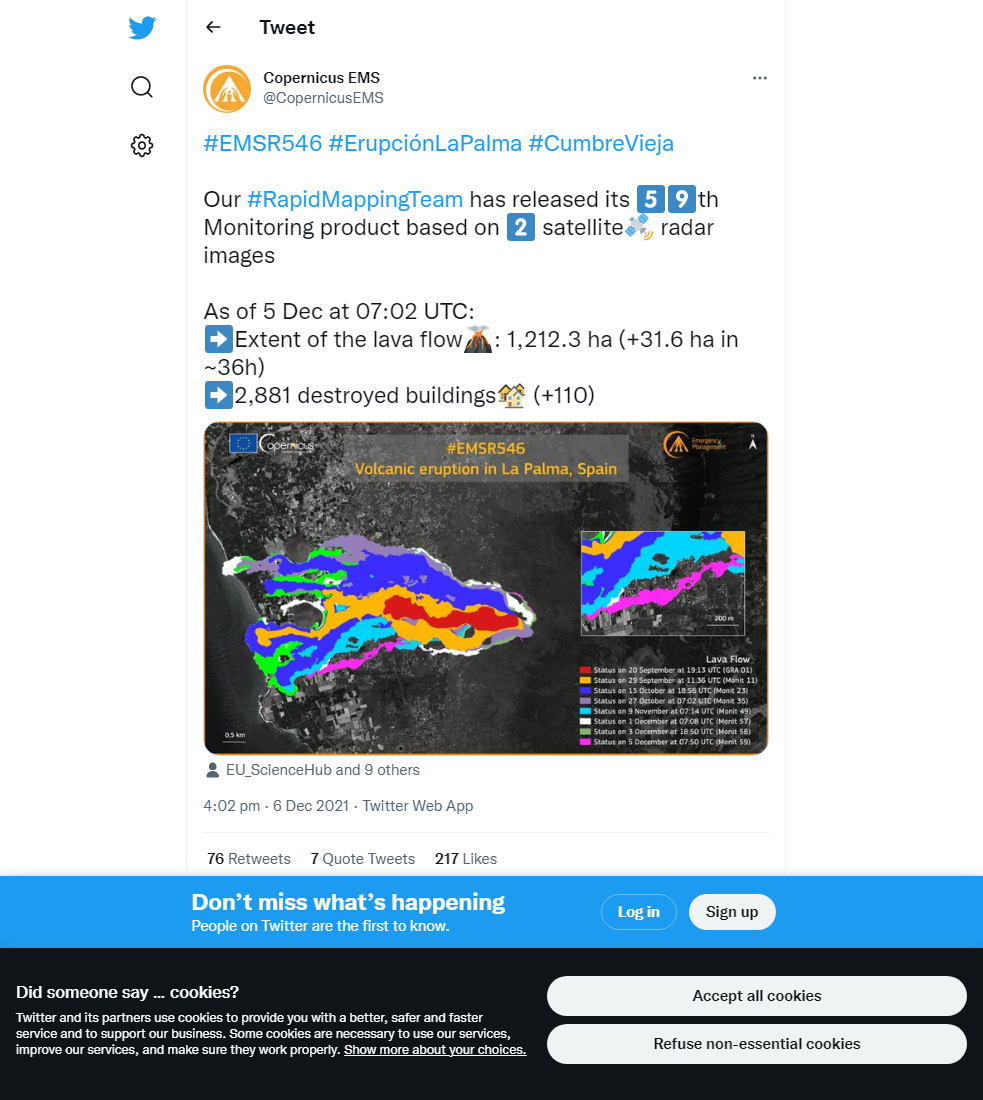 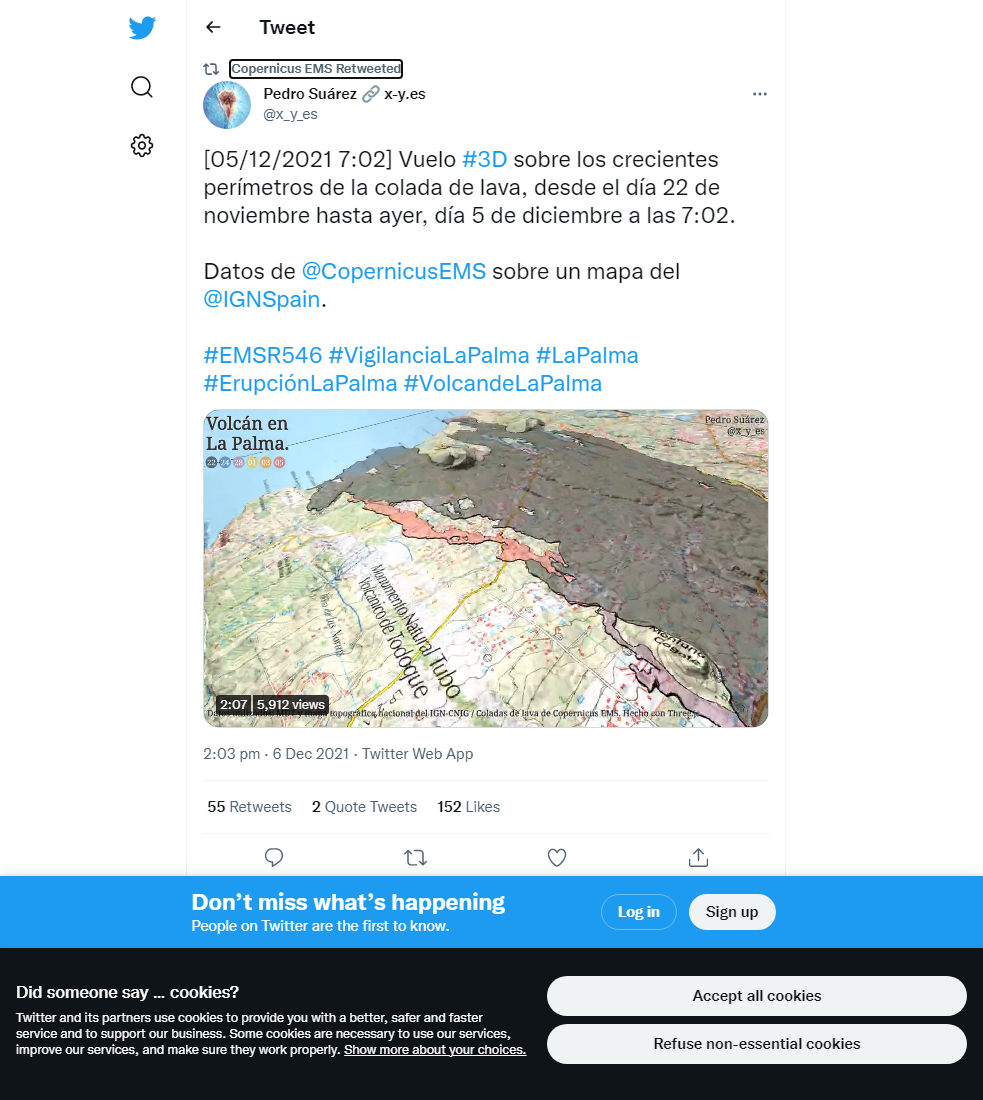 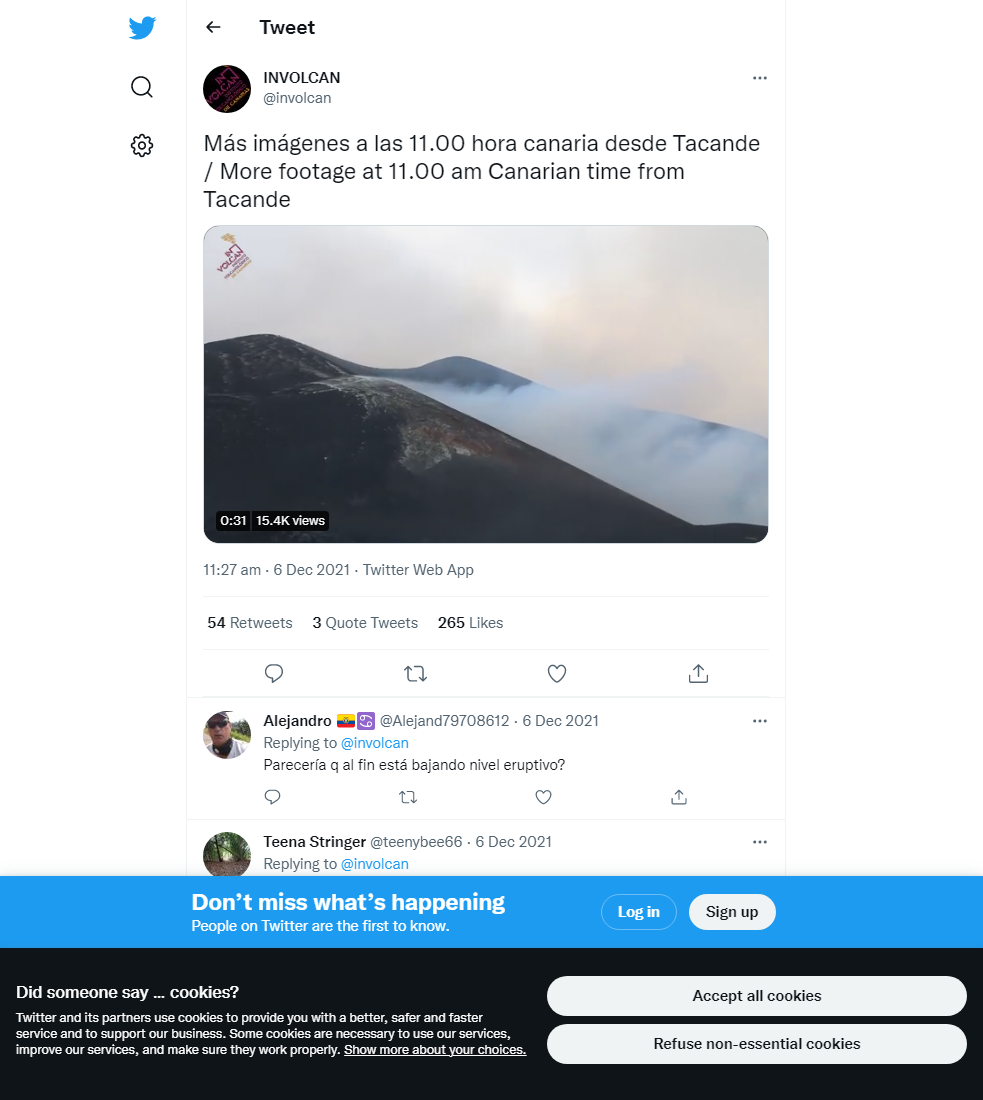 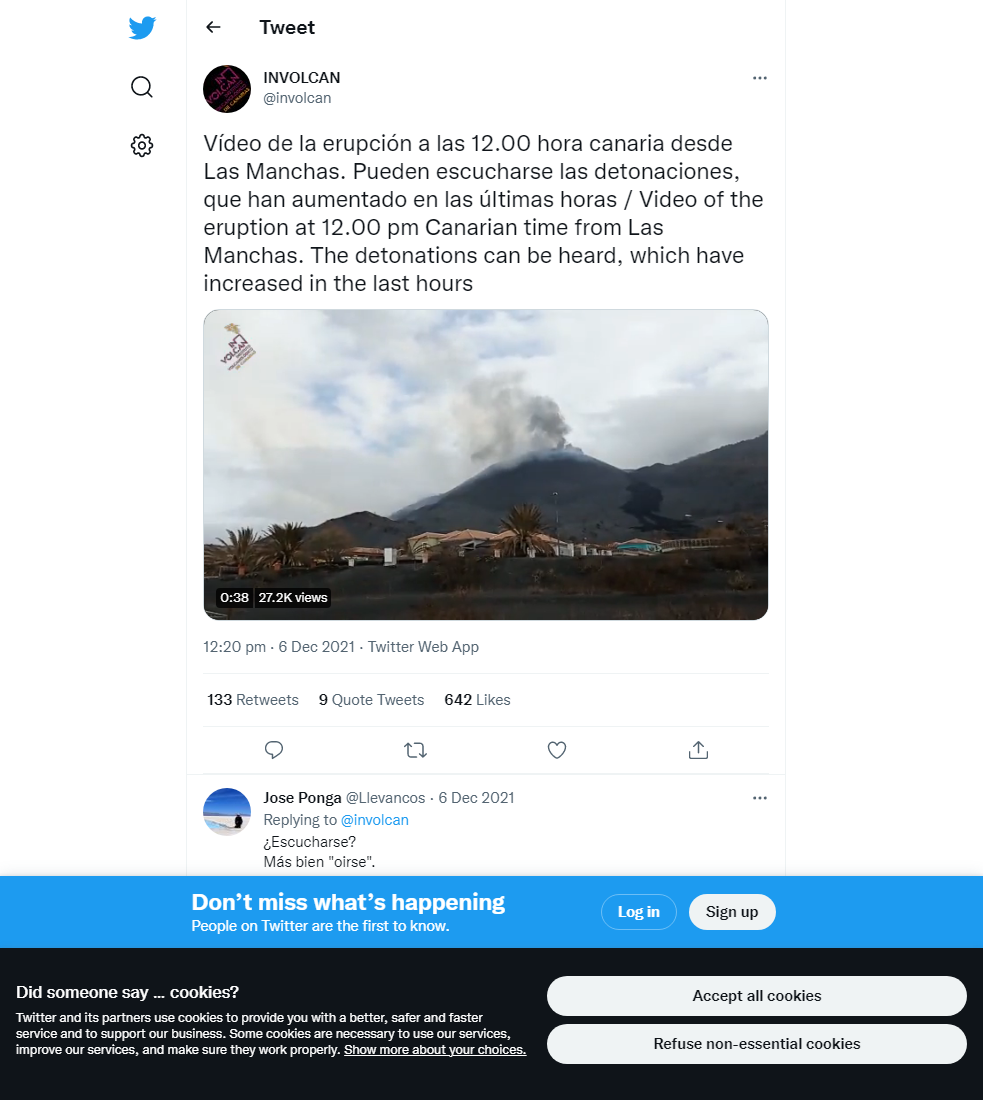 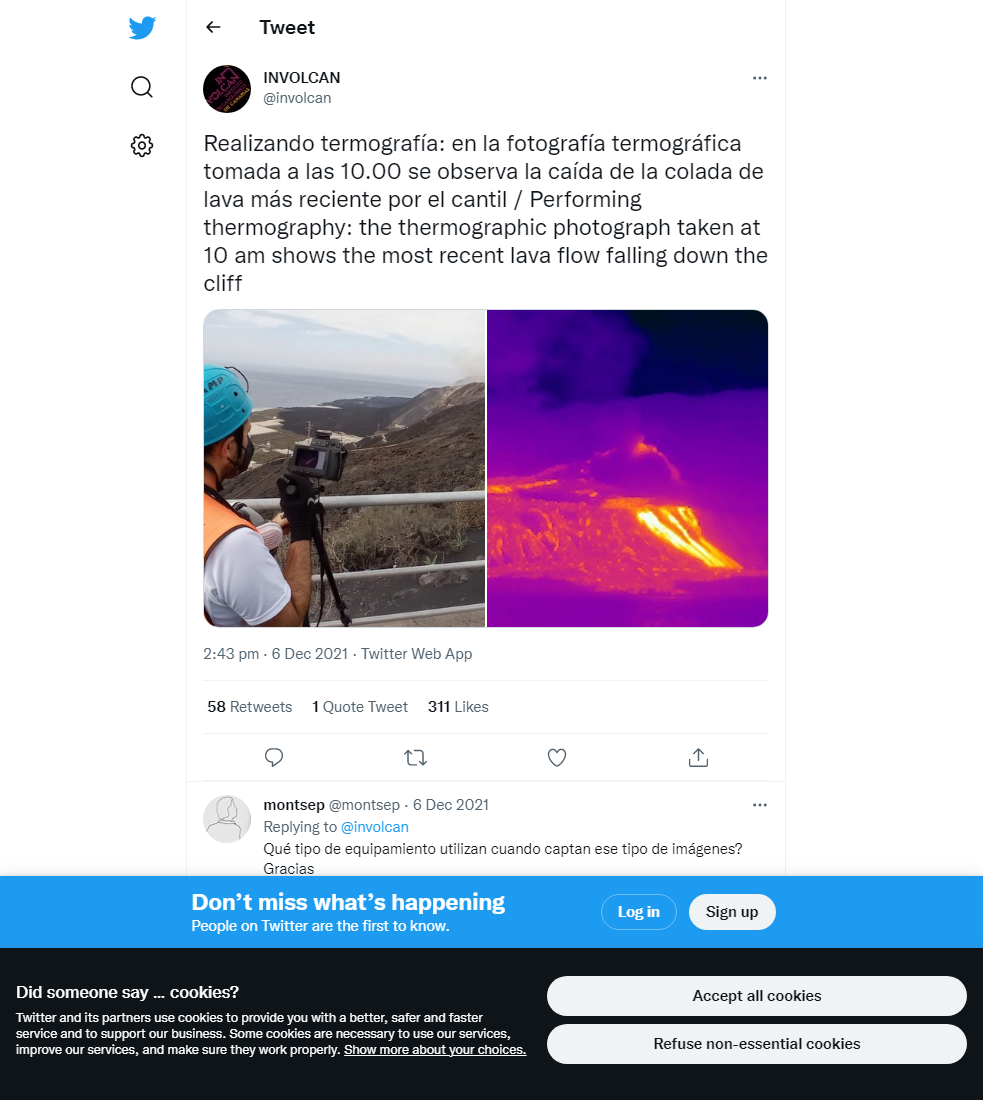 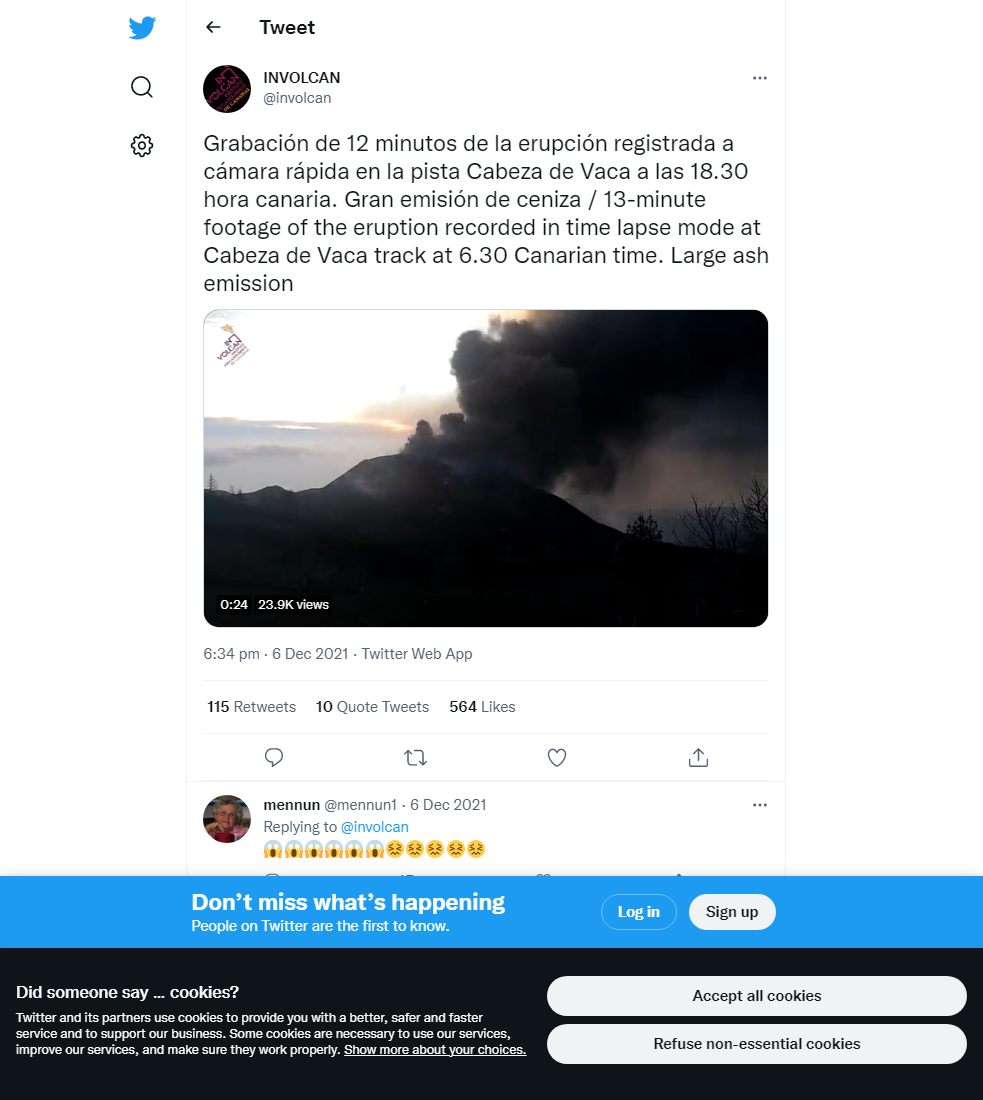 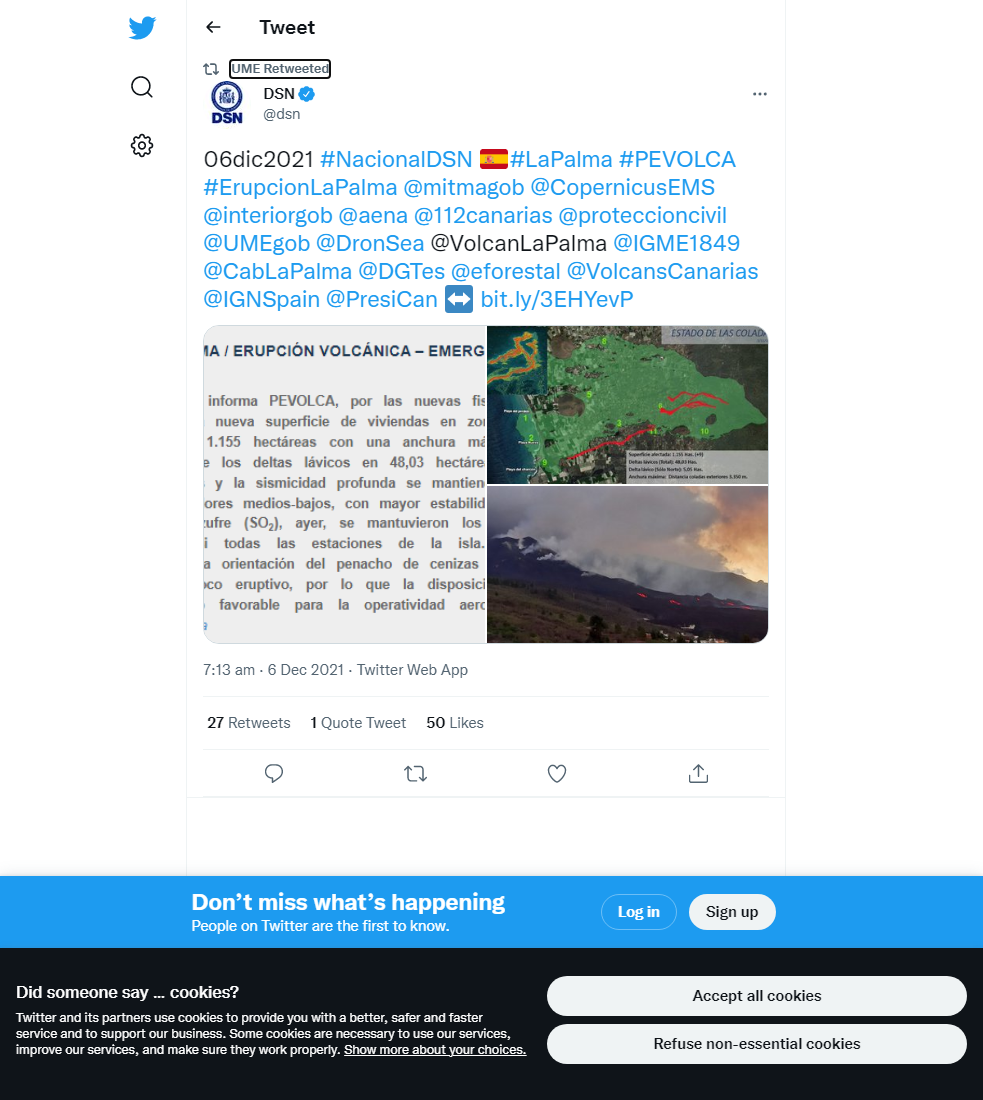 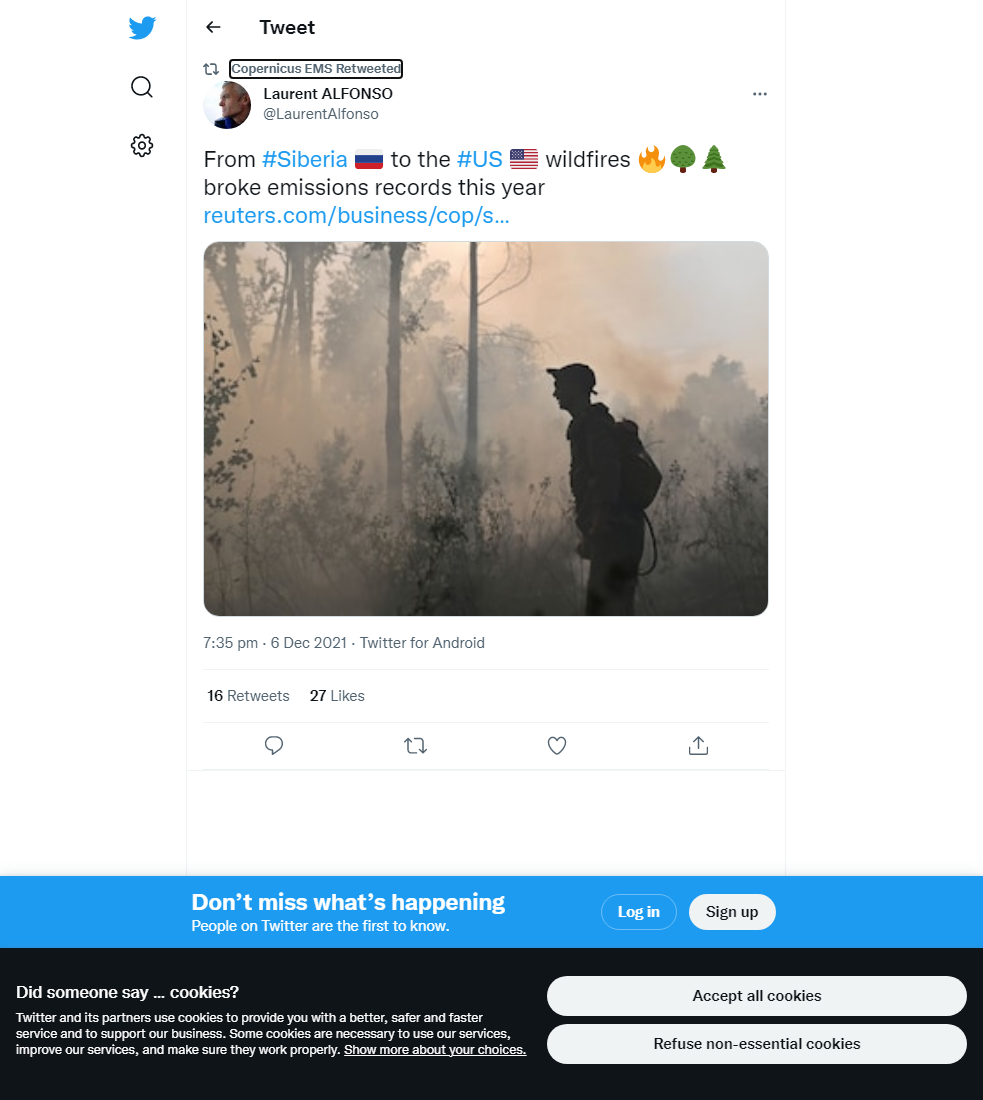