In terms of lava flows, the eruption continues to be stable, with no new ground being affected by the current active flows, which occupy existing tubes and channels in the centre of the flow field. Flow number 11 to the south of the flow field, which was close to overflowing the LP-2 road used for accessing Puerto Naos, has stopped advancing for now. The most active flow currently is flow 1, which is the original flow feeding the lava delta. The affected area hasn’t changed much, at 984 hectares and up to 3,100m wide. According to the land registry, 1,452 buildings have been impacted, including 1,177 for residential use. The number of earthquakes increased to 75, being recorded mostly at intermediate (10-15 km) depths, with the day’s largest earthquake being a mbLg 3.7 event at 14 km depth. Since last week, this still reflects a decrease in earthquake strength and frequency.

At the closest GPS station to the eruption (LP03) near Jedey, some deformations reflecting eruption dynamics are seen, with slight regional deflation seen at the rest of the stations. SO2 emissions were estimated to be 9,000-13,000 tons per day, whilst the ash and gas plume reached 2500 m. However, satellite measurements suggest a downward trend in the SO2 emissions since the start of the eruption. Currently, tremor remains fairly stable at low levels. Despite the decrease in seismicity, tremor and SO2 emissions, PEVOLCA state these parameters must be maintained at much lower values to imply the end of the eruption may be near. SO2 levels were good-reasonably good in all stations except Puntagorda and Los Llanos which exceeded the daily threshold (125 μg/m3). PM10 concentrations in Los Llanos were unfavourable, reflecting previous days albeit with less intensity. In all other stations, PM10 concentrations are between good and reasonably good levels. 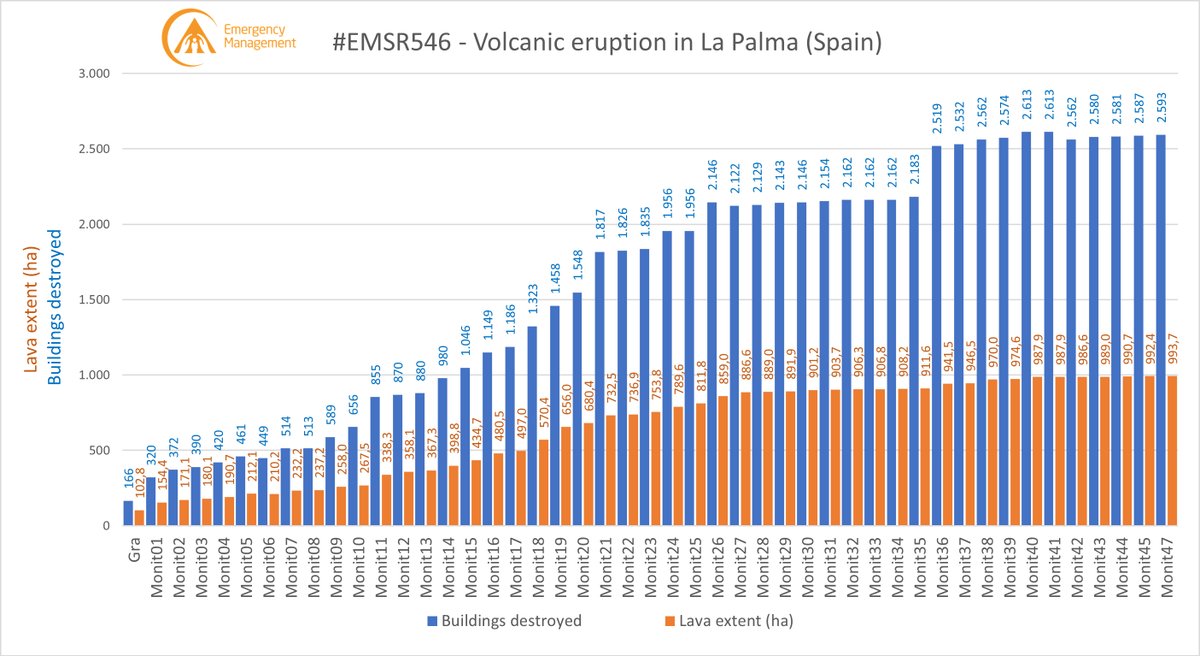 A graph published on the 8th showing the evolution of the lava flows in terms of the area covered by them and the number of buildings they have destroyed so far throughout the eruption. Image credit: Copernicus EMS 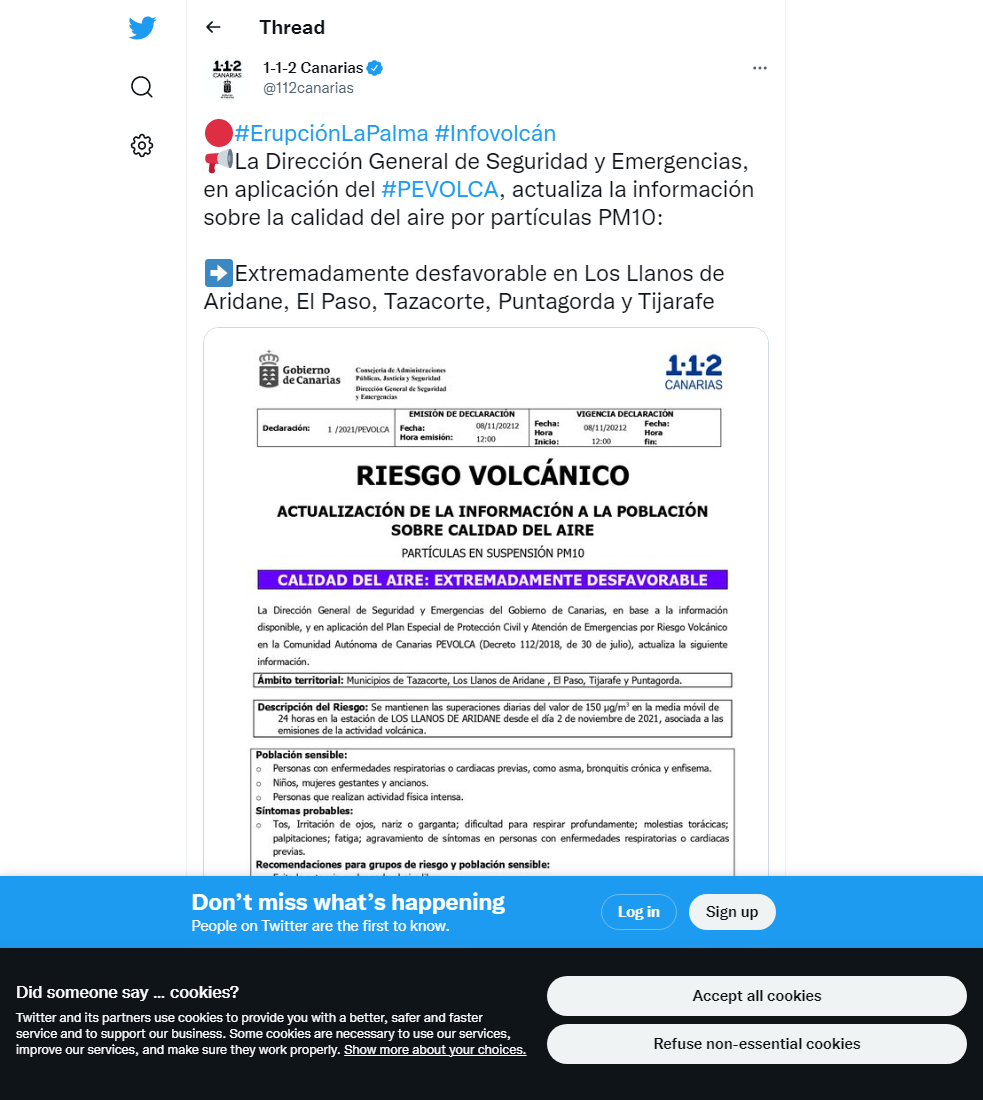 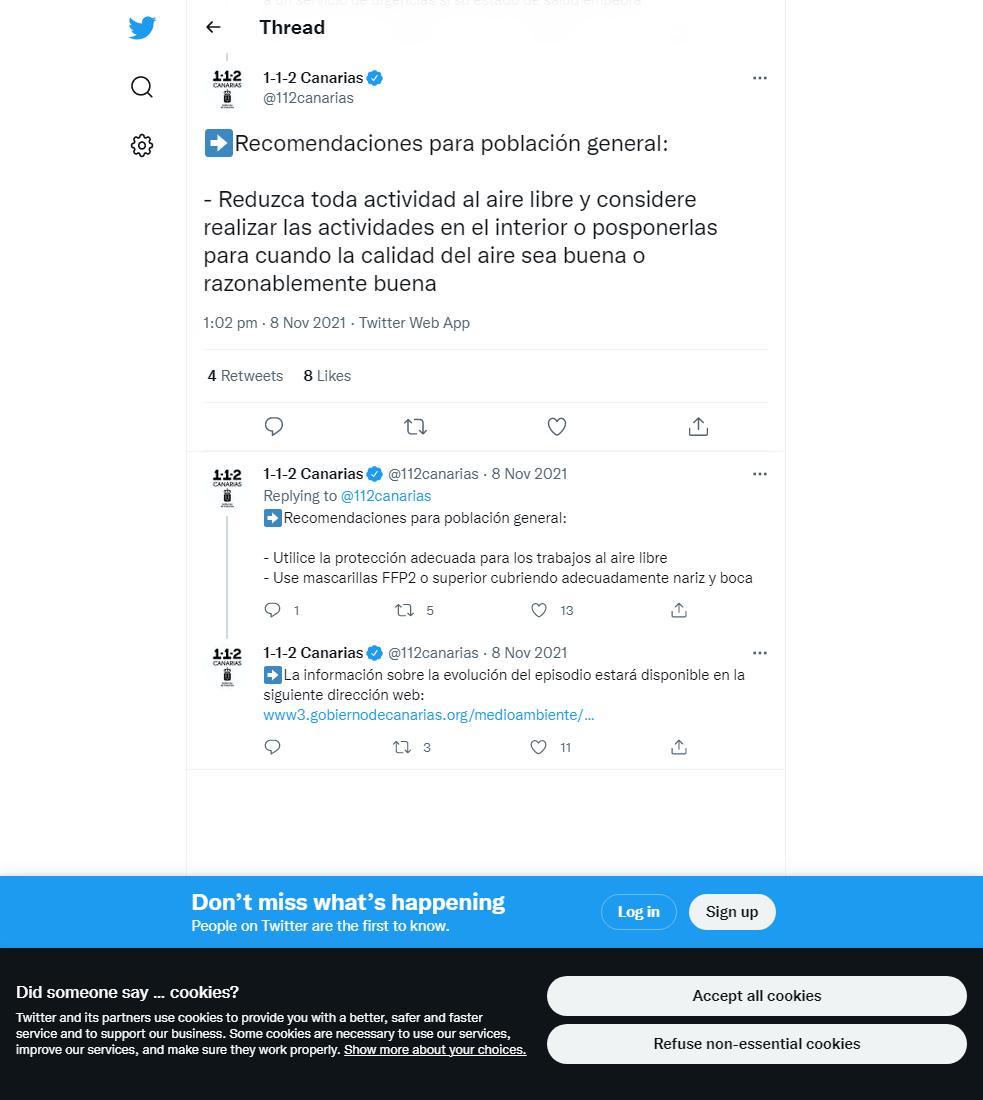 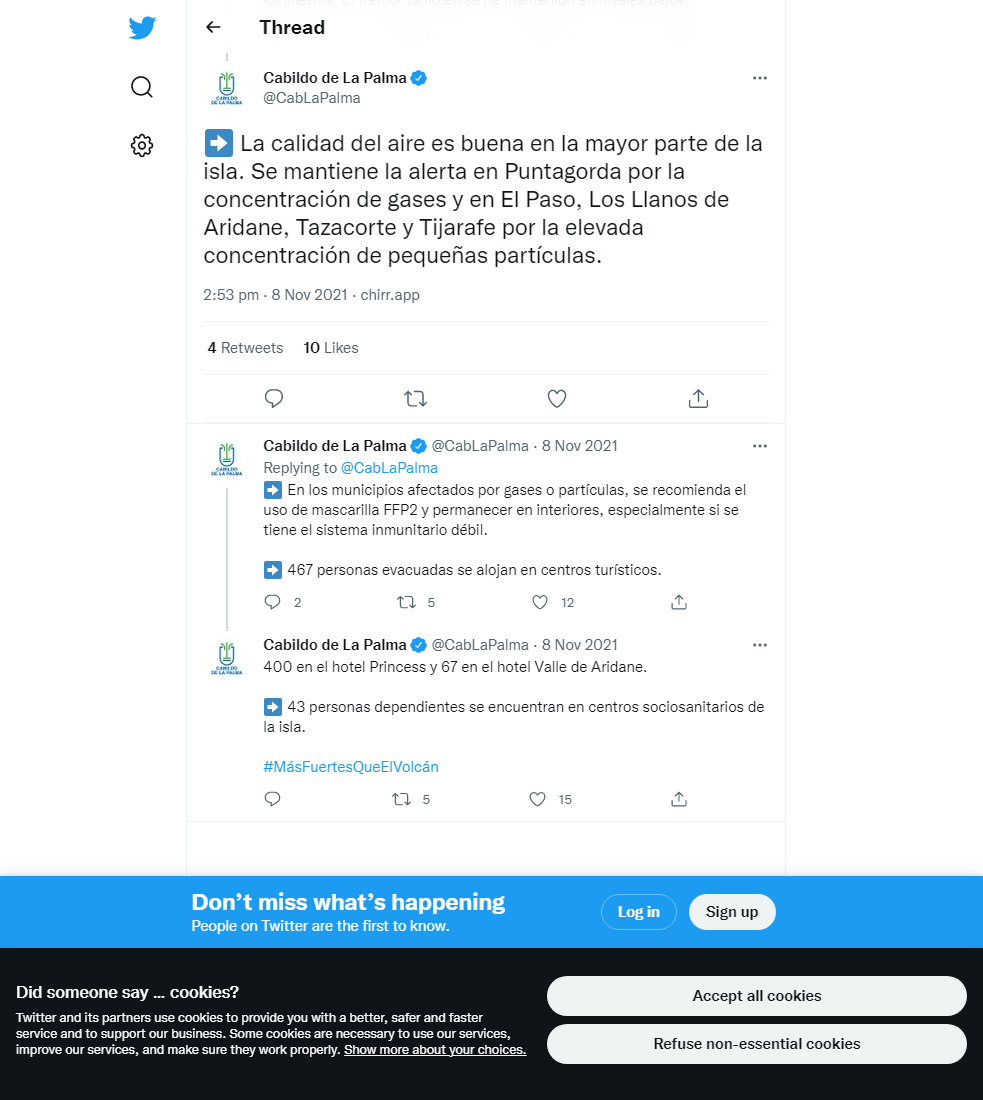 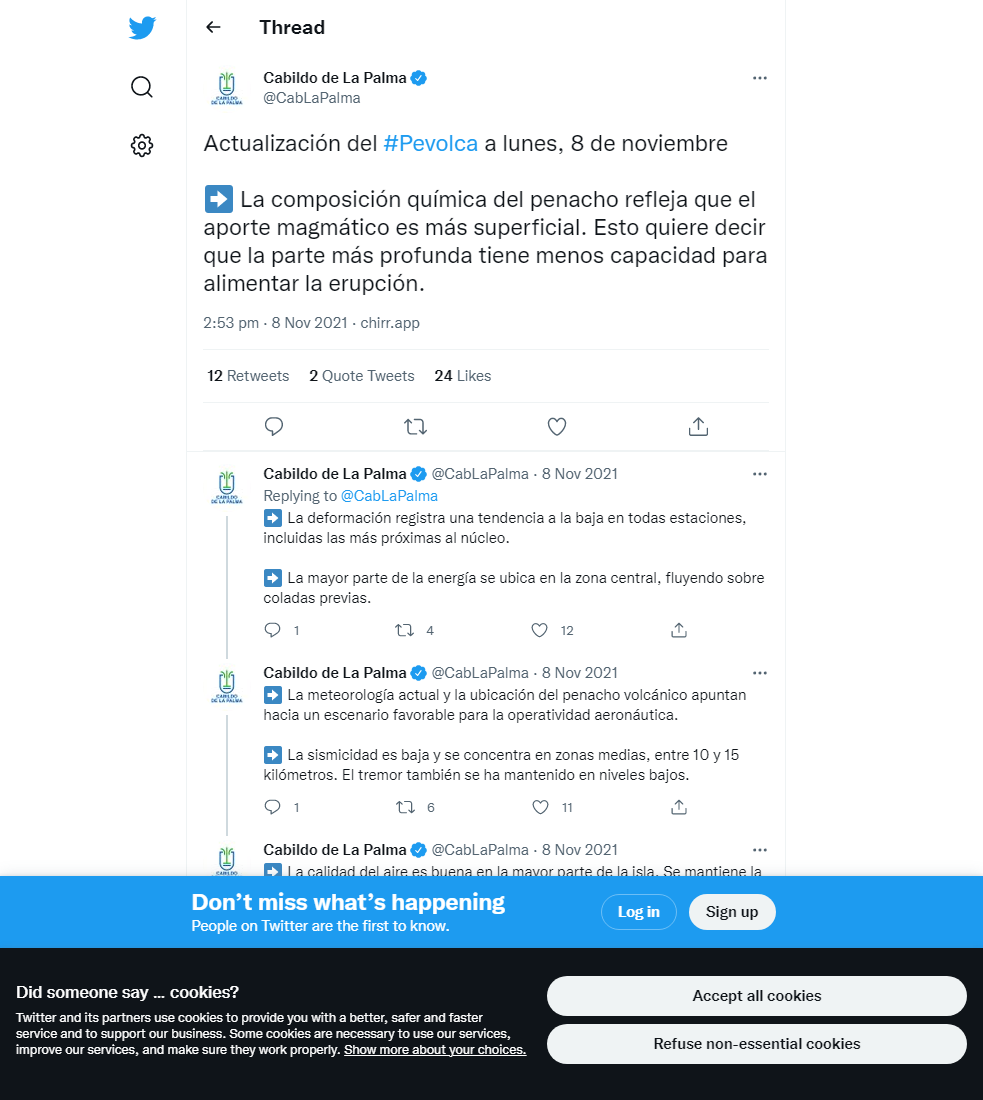 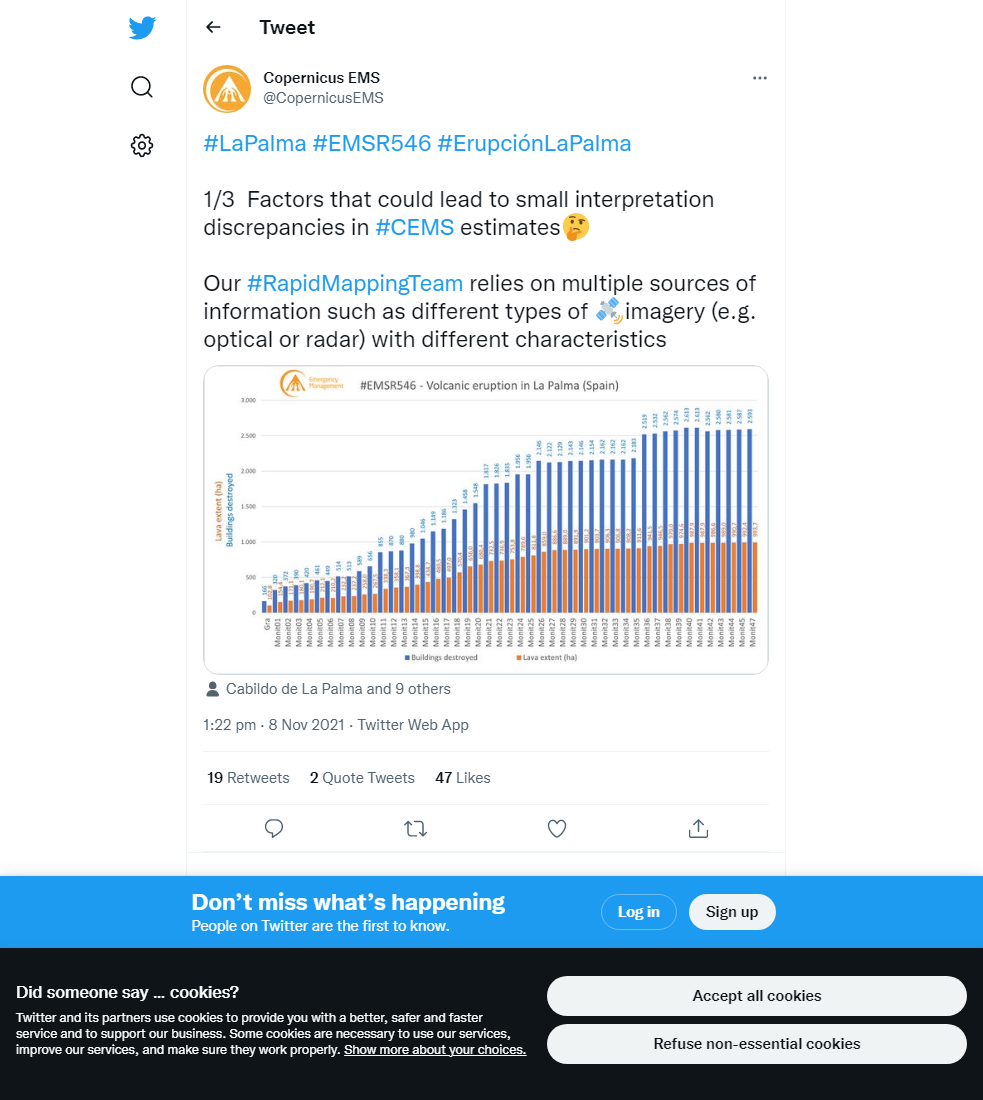 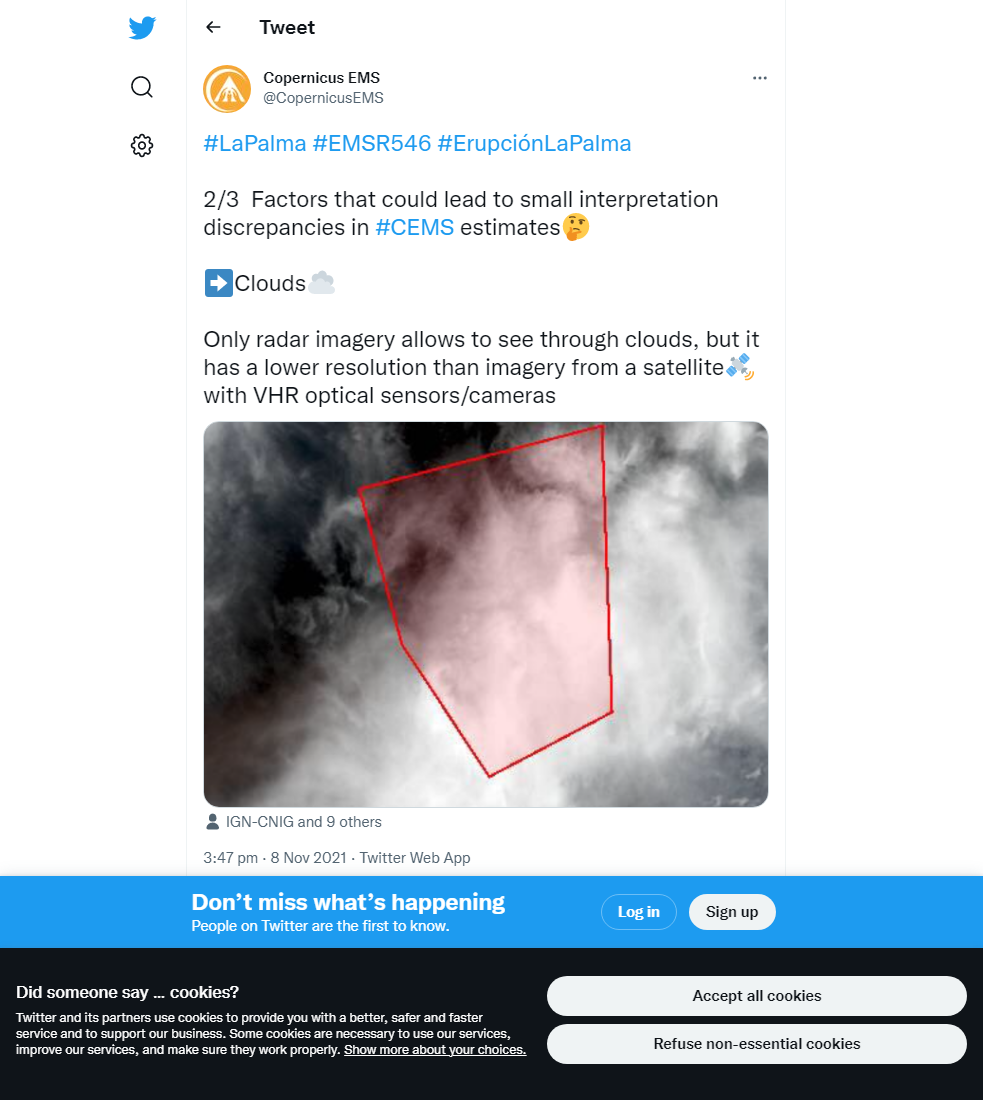 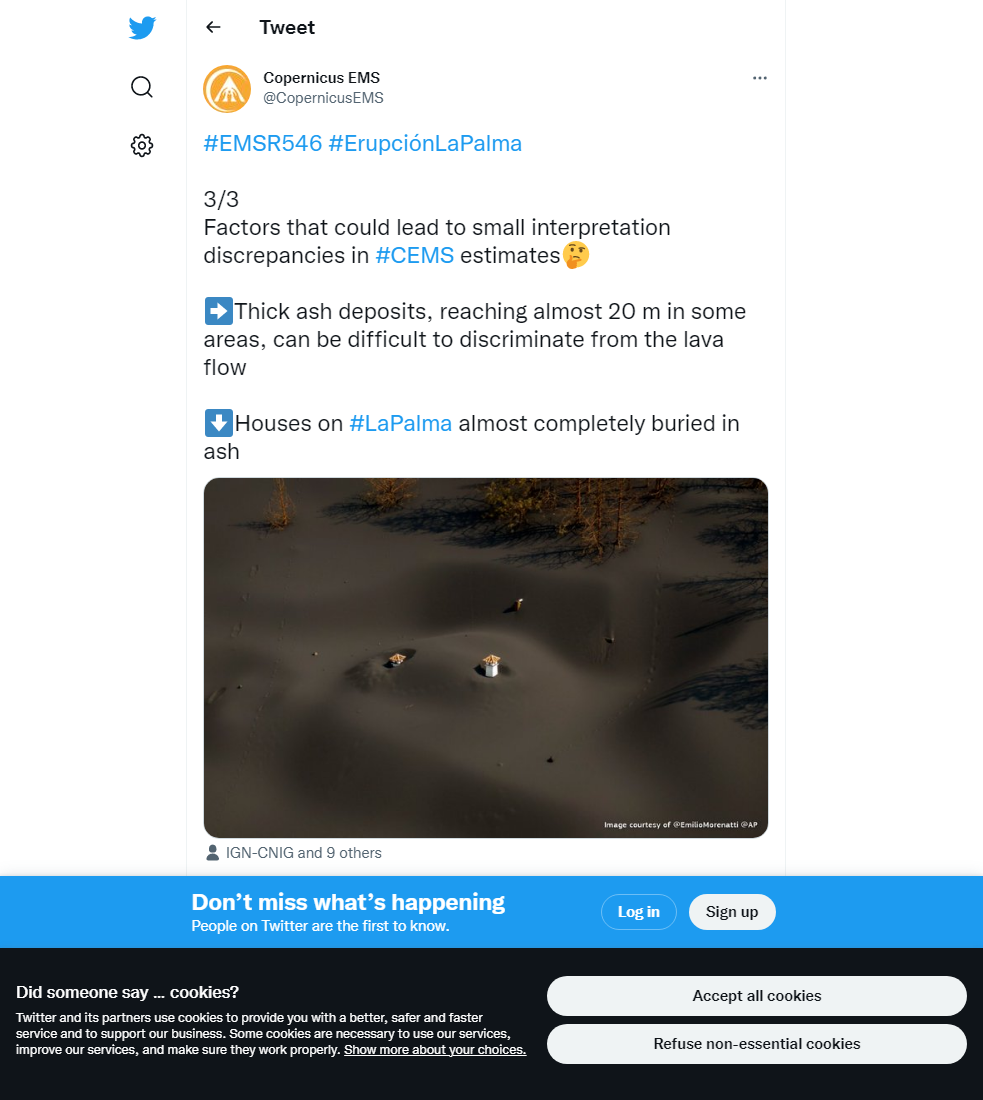 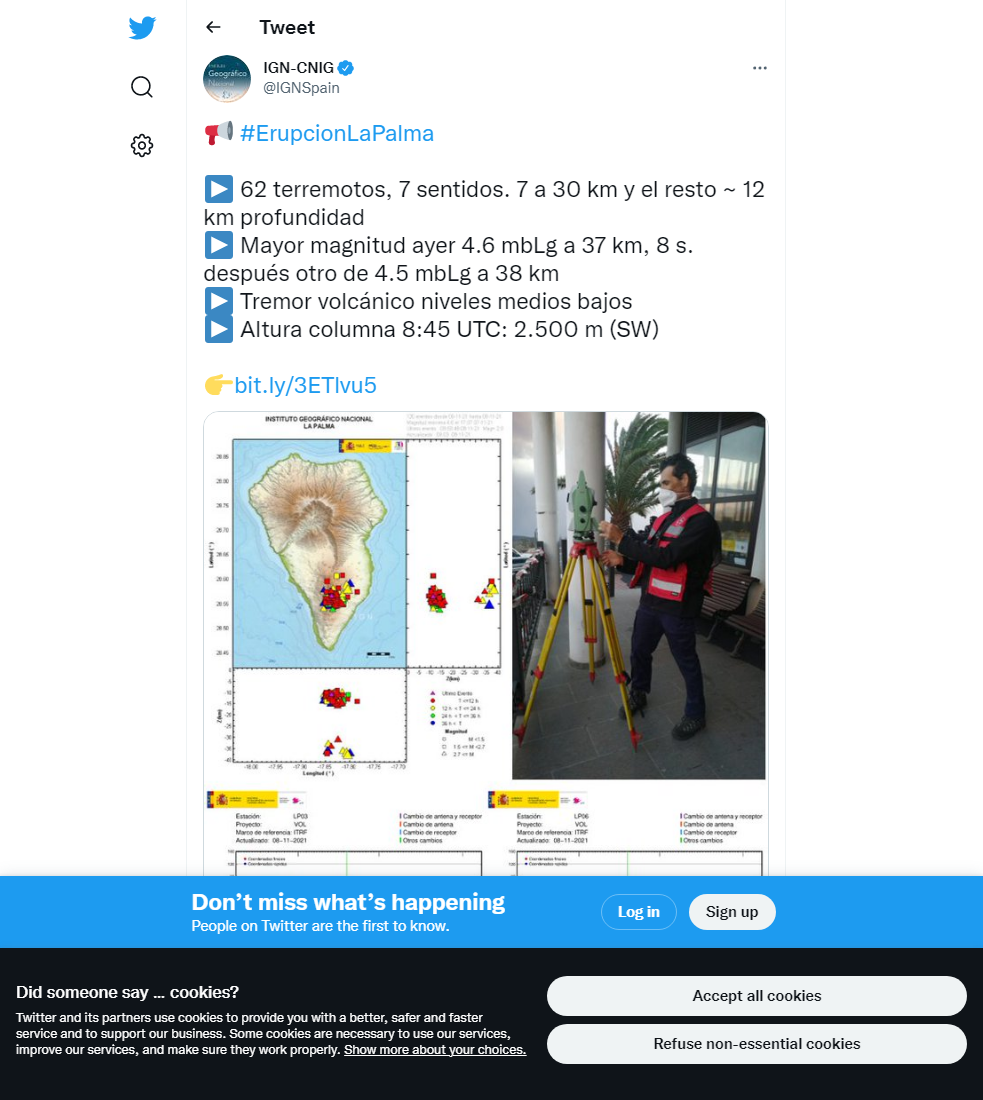 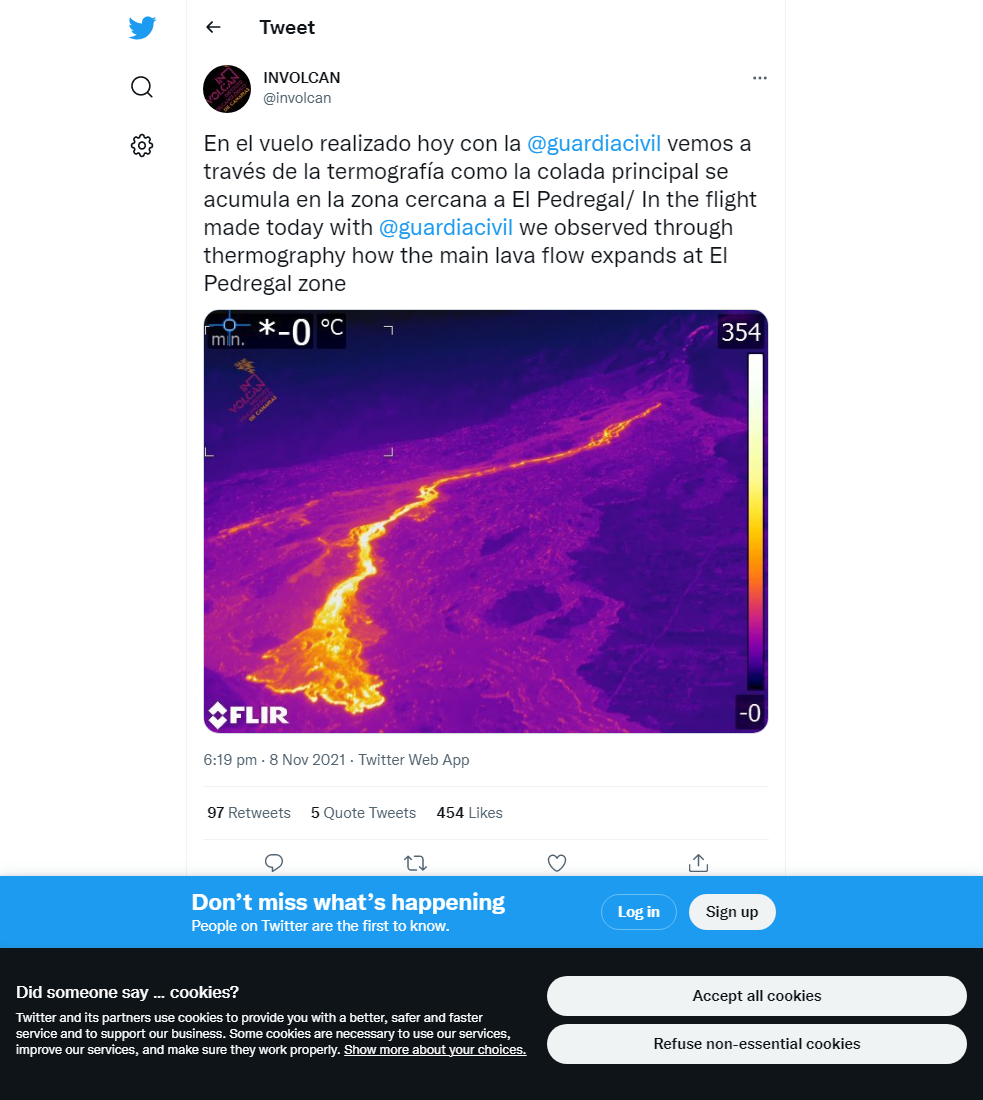 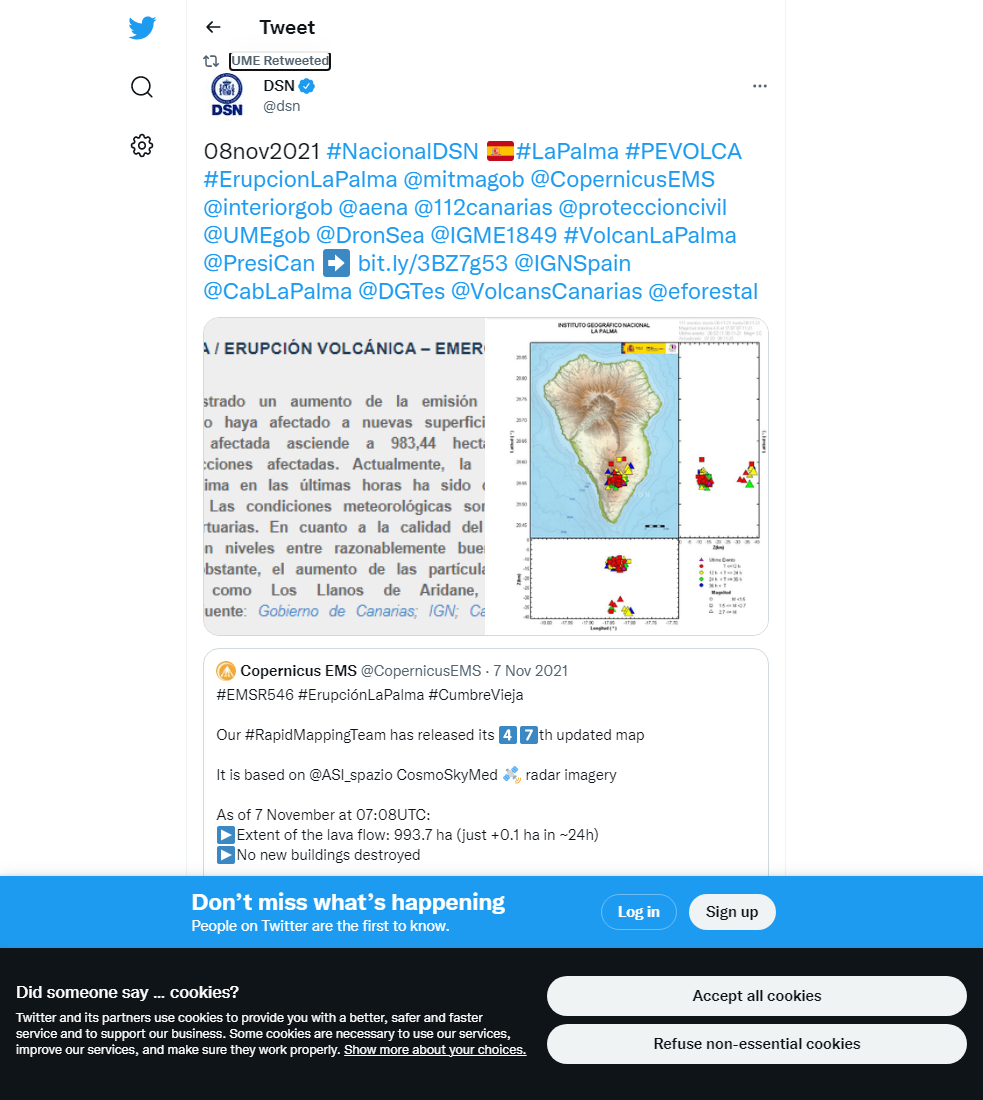