In the night between the 8th-9th, a partial collapse of the wall of the main cone caused a significant outpouring of lava as well as large blocks involved in the collapse. The outpouring created two new fluid lava streams, one travelling more to the north of the flow field and one further to the south, but both decreased in strength during the morning. The more southern flow especially is being monitored as it is contributing to the filling of a pronounced gully that, if completely filled, a breakout onto previously unaffected land could occur. It was commented that the partial collapse and subsequent change in morphology of the cone is a natural and repeated part of the eruptive process. Elsewhere, the new flow near the coast has still yet to reach the sea, and the lava delta is thought to have reached its maximum distance away from the cliffs, because it was reached the edge of the wave-cut platform. It continues to grow laterally along the coastline and has reached an area of 32 hectares.

SO2 and PM10 concentrations improved throughout the day, consistent with more favourable atmospheric conditions. SO2 concentrations remained low at all stations, and PM10 concentrations did not exceed the daily threshold at any of the stations. For other eruption parameters, volcanic tremor is average and quite stable, with very infrequent peaks in amplitude. Deformation remains stable, with no significant trends being seen in the stations close to the eruption site. Earthquake activity has increased and is concentrated in the same areas at 10-15 km depth, although there have been some deep (20-40 km) earthquakes reported as well of greater magnitudes. 154 events were recorded, peaking at 3.9 mbLg. The ash and gas plume reached, 3500 m, and the SO2 emissions from the volcano were 4,522 tons per day, although this is an underestimate. 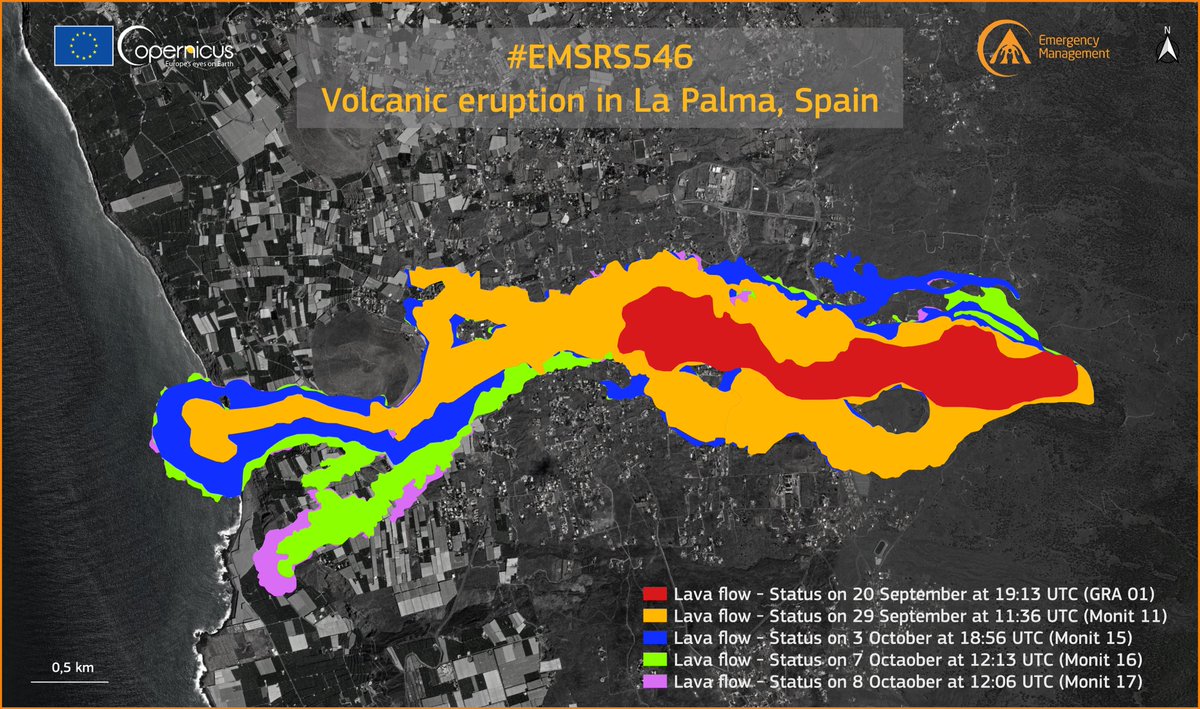 The latest map of the extent of the lava flows as of the 8th October. This map does not include the two new streams that started on the 9th after the partial cone collapse. Image credit: Copernicus EMS 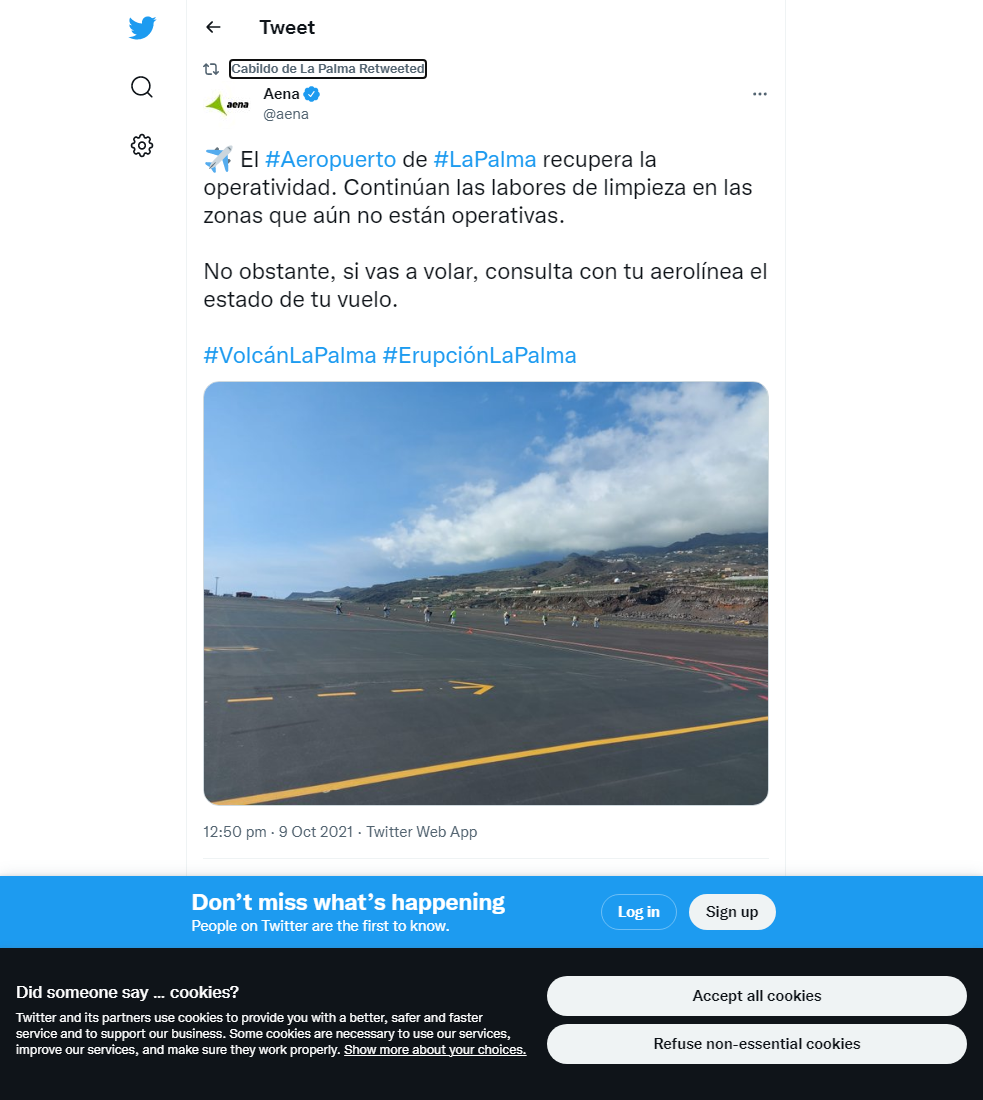 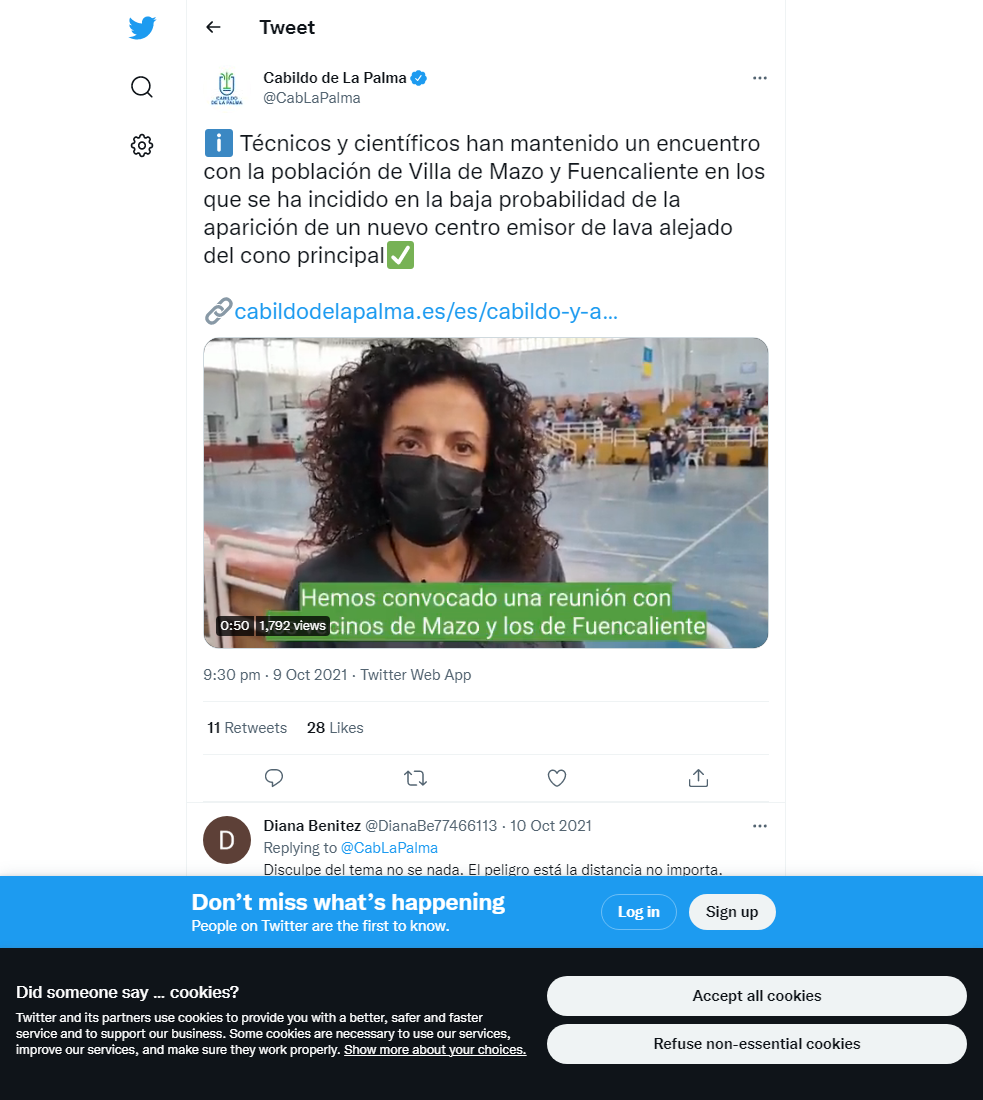 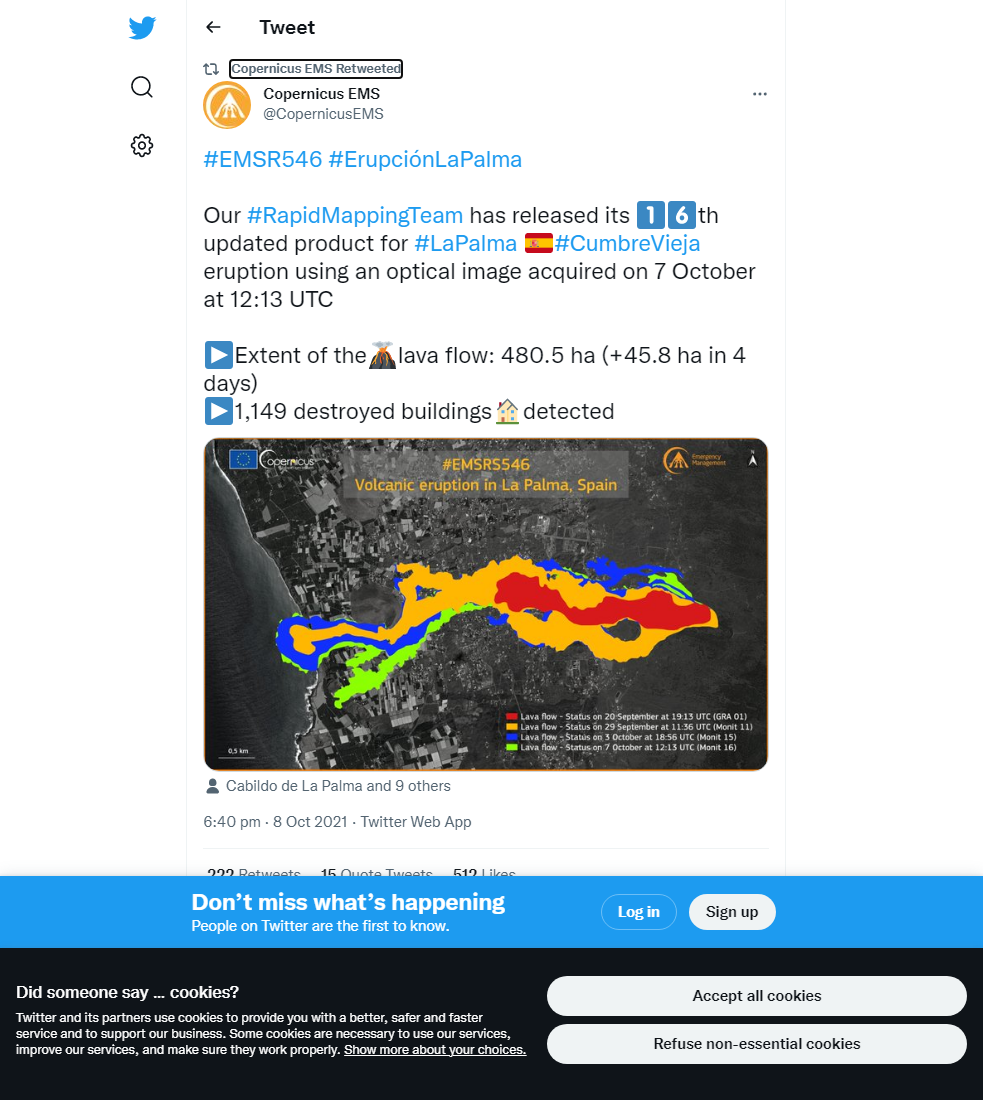 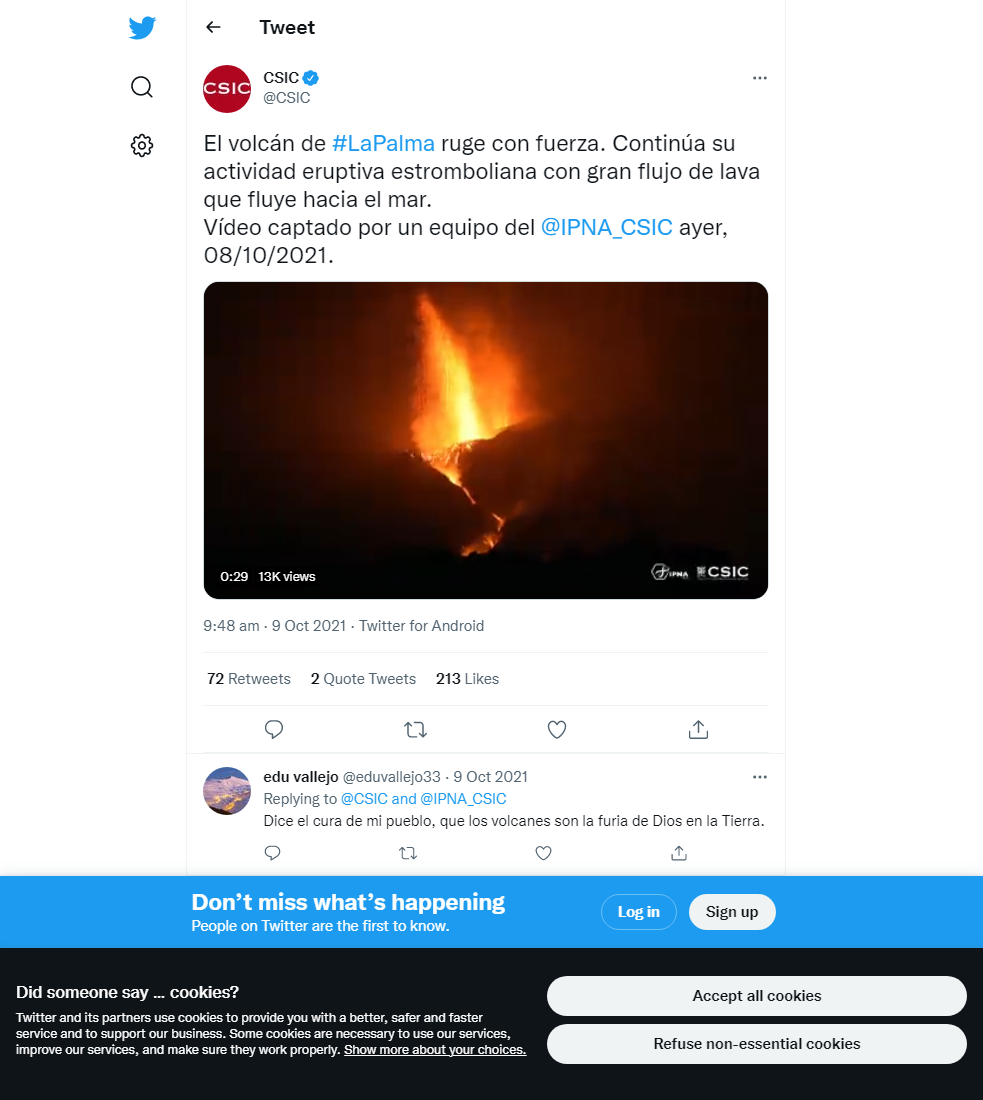 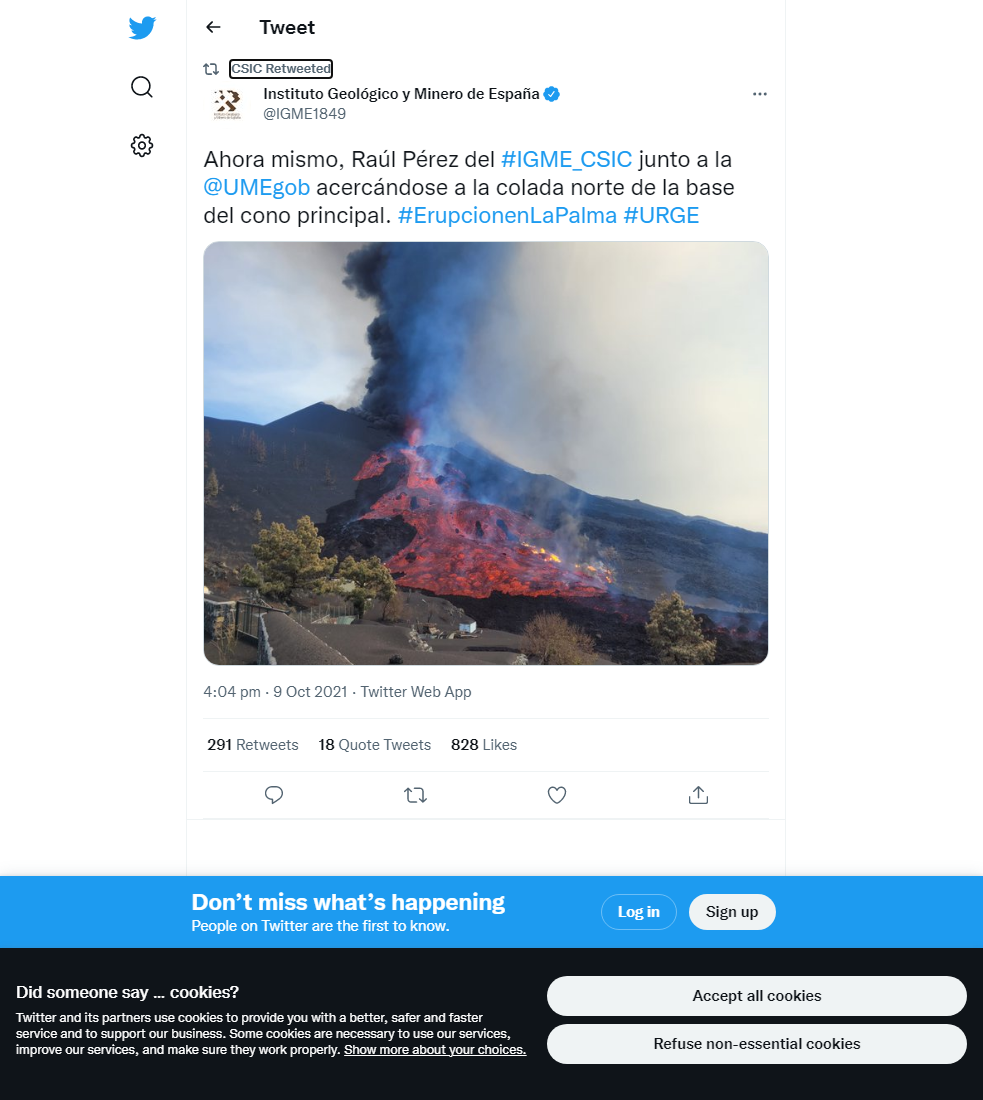 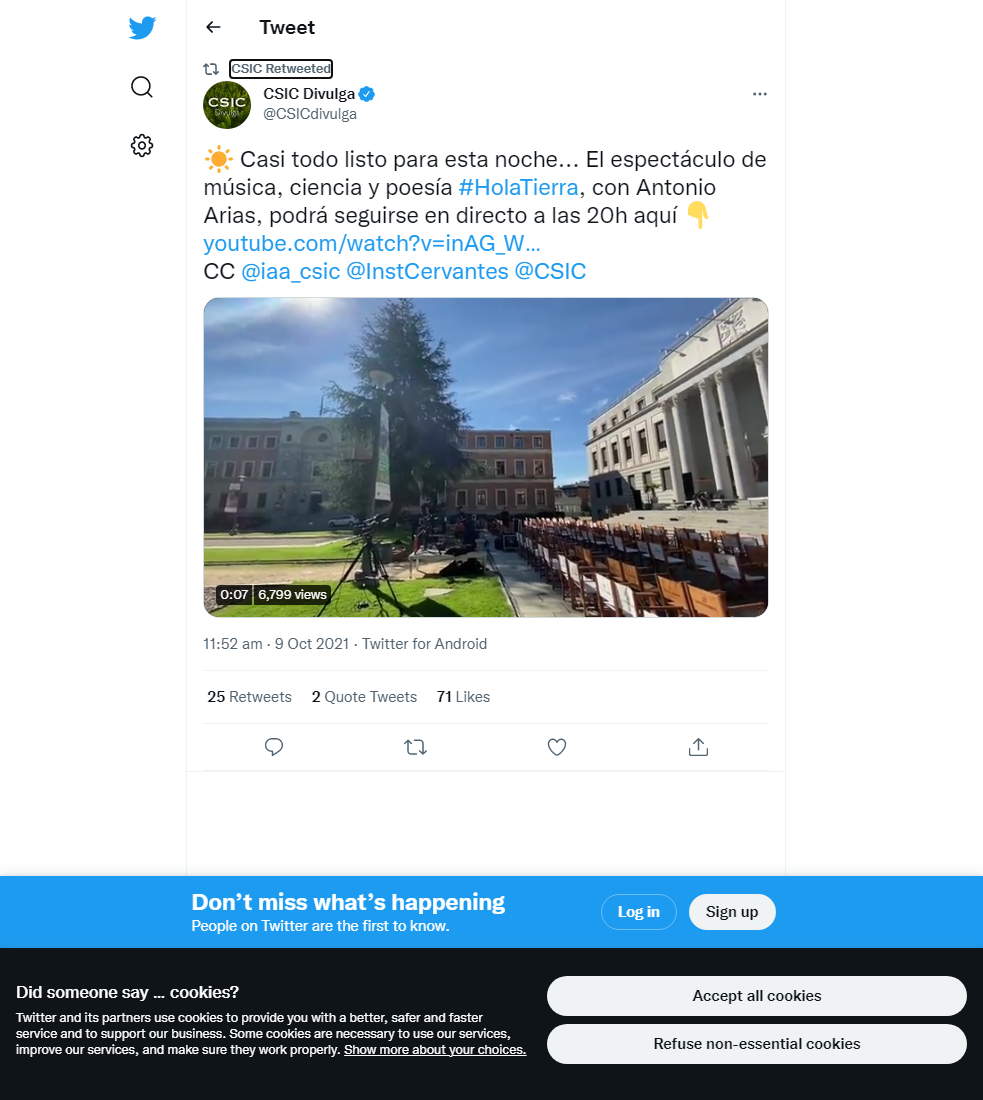 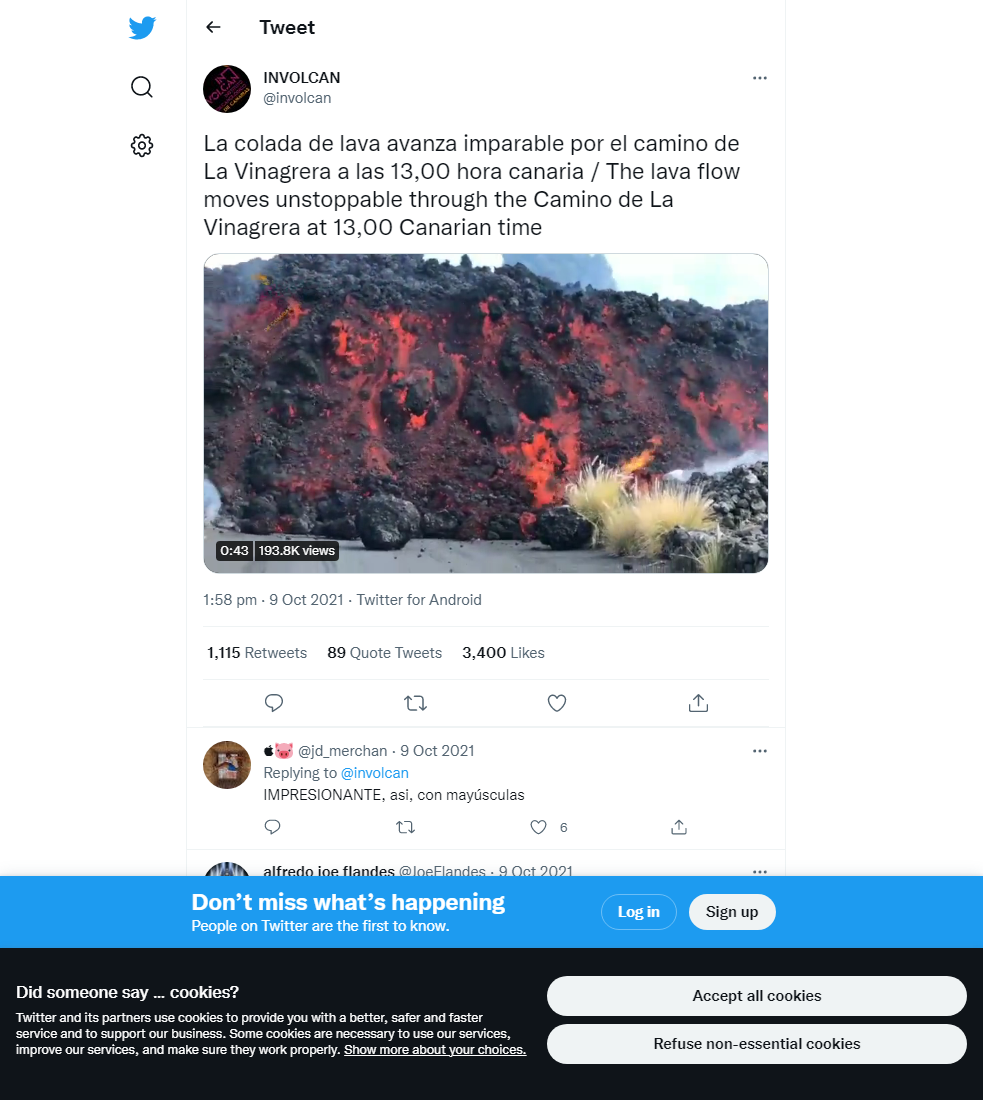 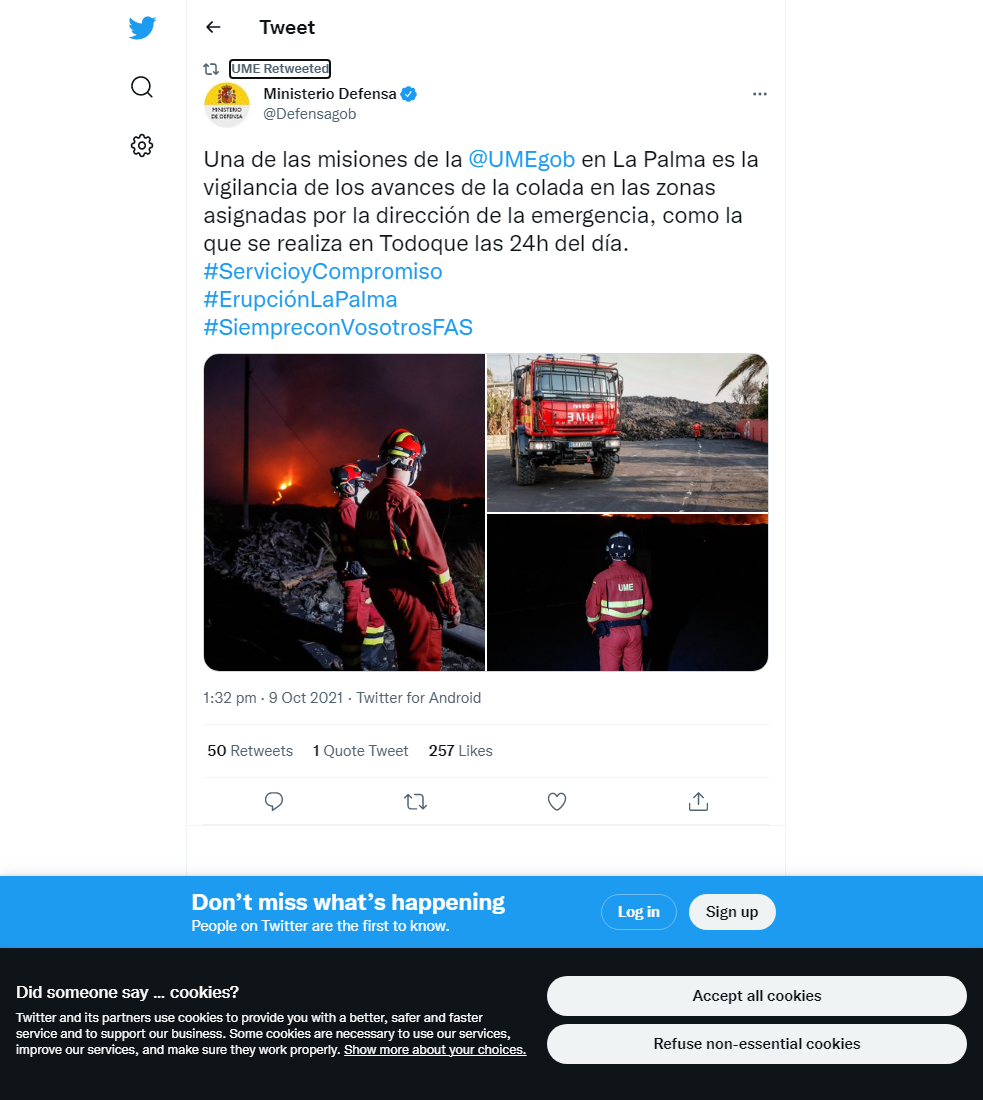 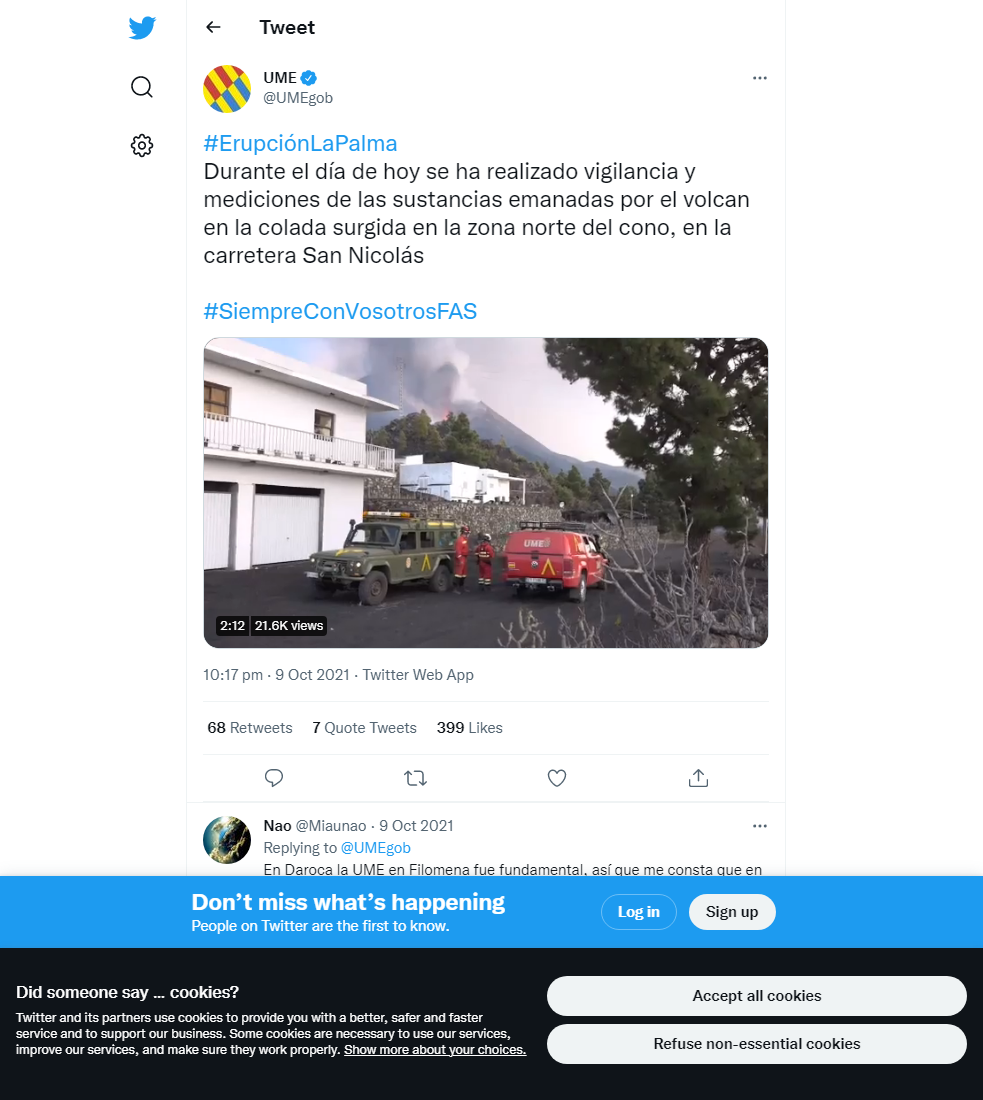