The breakout lava flow that emerged on the 7th near the coast has covered over 40 hectares of new land, mostly destroying banana plantations, so the total affected area is now 471 hectares. The eruptive activity remains stable, with at least 3 strombolian vents in the main cone and now only a single vent on the flanks of the main cone, on the northern sector. The weather conditions remained unfavourable from an air quality perspective and also for ash deposition. Both La Palma airport and Tenerife North airport had operations affected by the accumulation of ash throughout the day, and it is not ruled out that La Gomera and Tenerife south airport could also be affected by ashfall. From tomorrow, however, meteorological conditions should allow being favourable for air quality and ash dispersion. A peak in SO2 concentrations was recorded in El Paso and Los Llanos between 6:00 and 8:00 am local time, although the hourly thresholds were not exceeded in either of the stations throughout the day. The daily threshold for PM10 concentrations was slightly exceeded in Los Llanos, but stayed below the threshold in all other stations.

For other eruption parameters, volcanic tremor is average and quite stable, with very infrequent peaks in amplitude. Deformation remains stable, with no significant trends being seen in the stations close to the eruption site. Earthquake activity remained relatively high and concentrated in the same areas at 10-15 km depth, although there have been some deep (20-40 km) earthquakes reported as well. 60 events were recorded, peaking at 4.2 mbLg. The ash and gas plume reached, 3500 m, and the SO2 emissions from the volcano were 6,876 tons per day. For the first time, estimates of the HCl emissions from the volcano were available. These data, relating to October 6th, estimated 497 tons per day in the volcanic plume, and 43 tons per day from the marine plume from the lava delta. 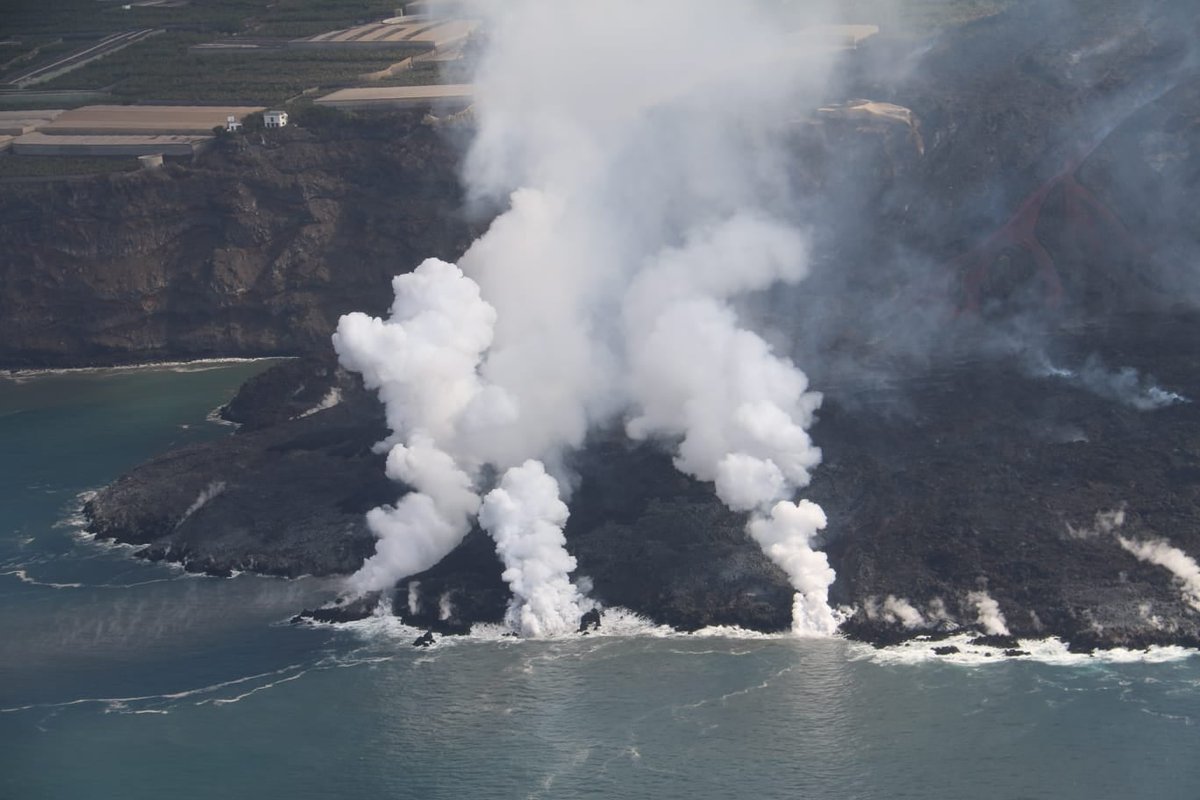 The lava delta on the 8th October as seen from the air, where the feeding flows as well as generation of large clouds of steam can be seen. Image credit: INVOLCAN 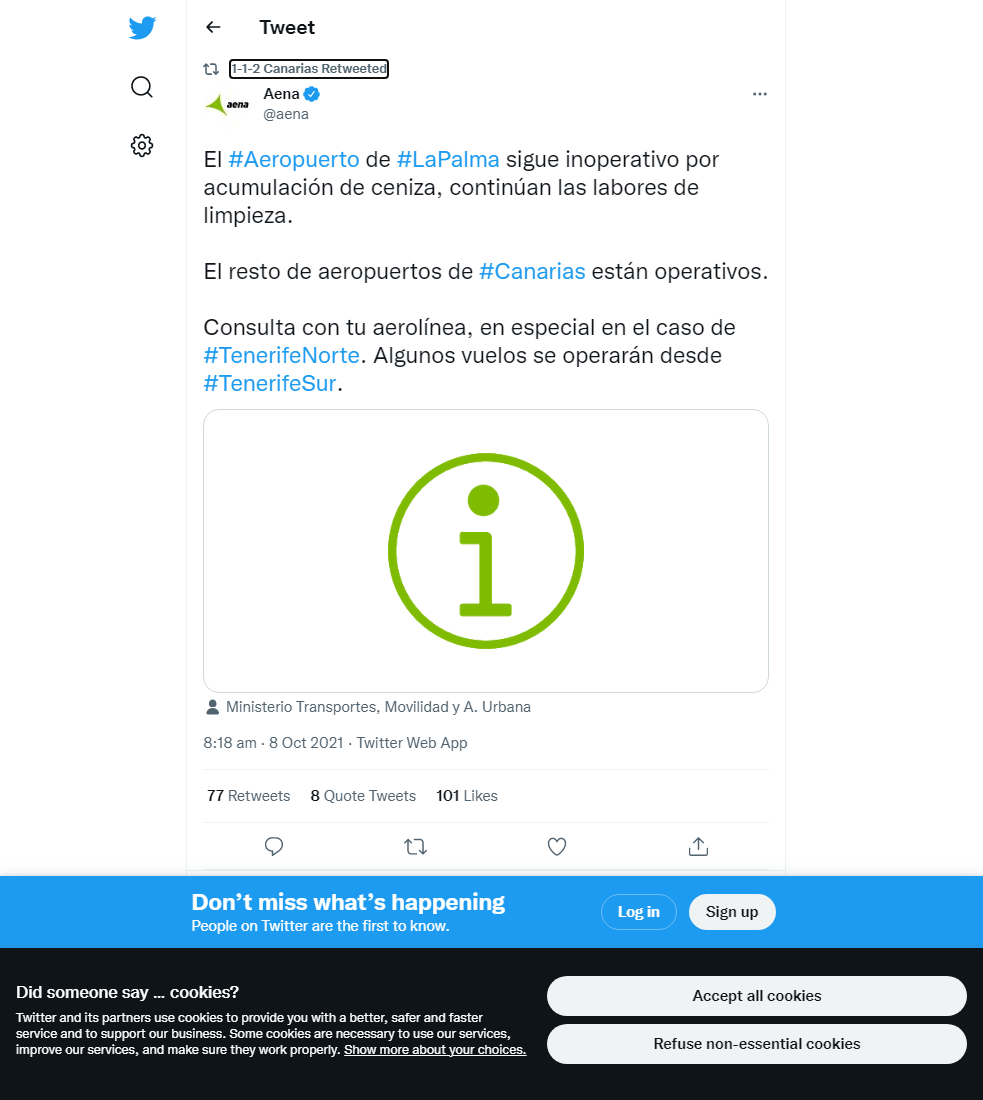 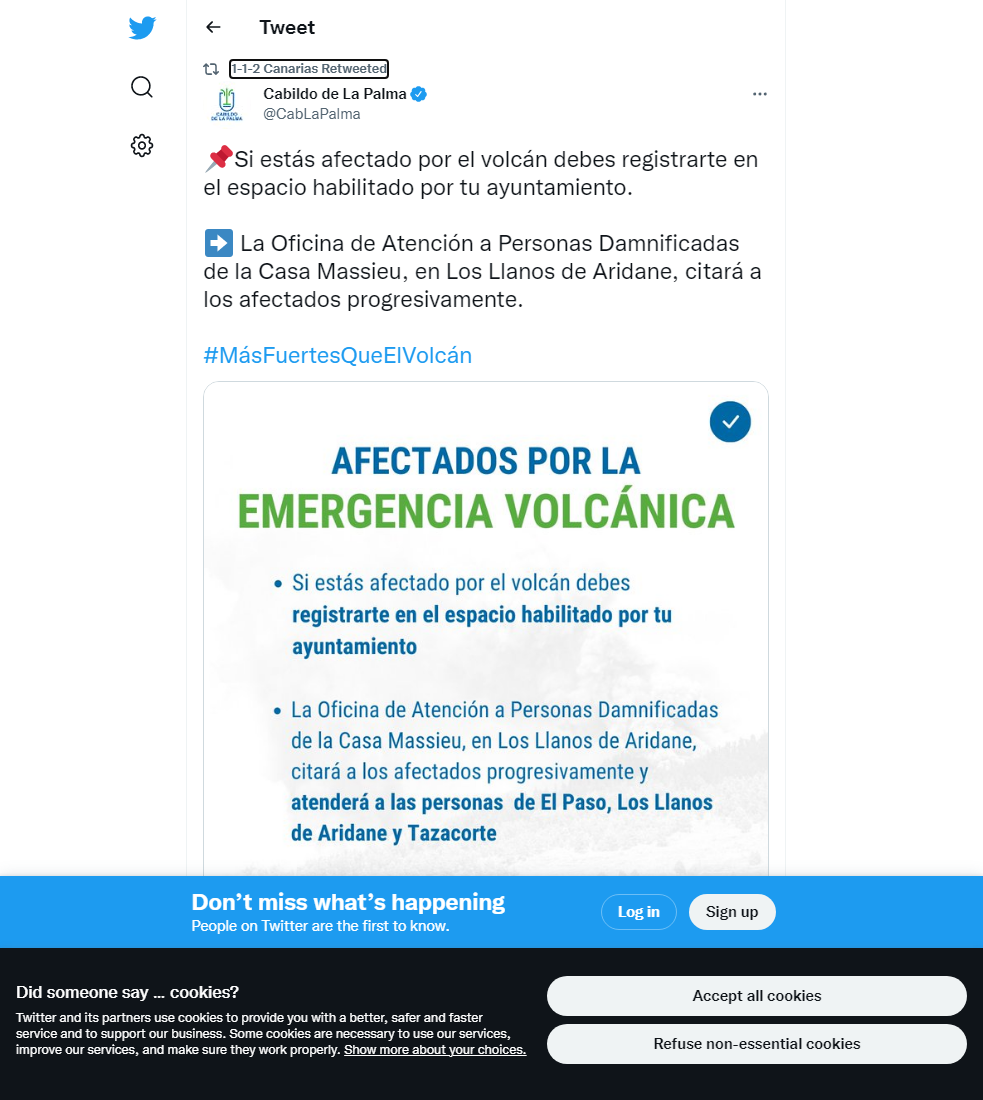 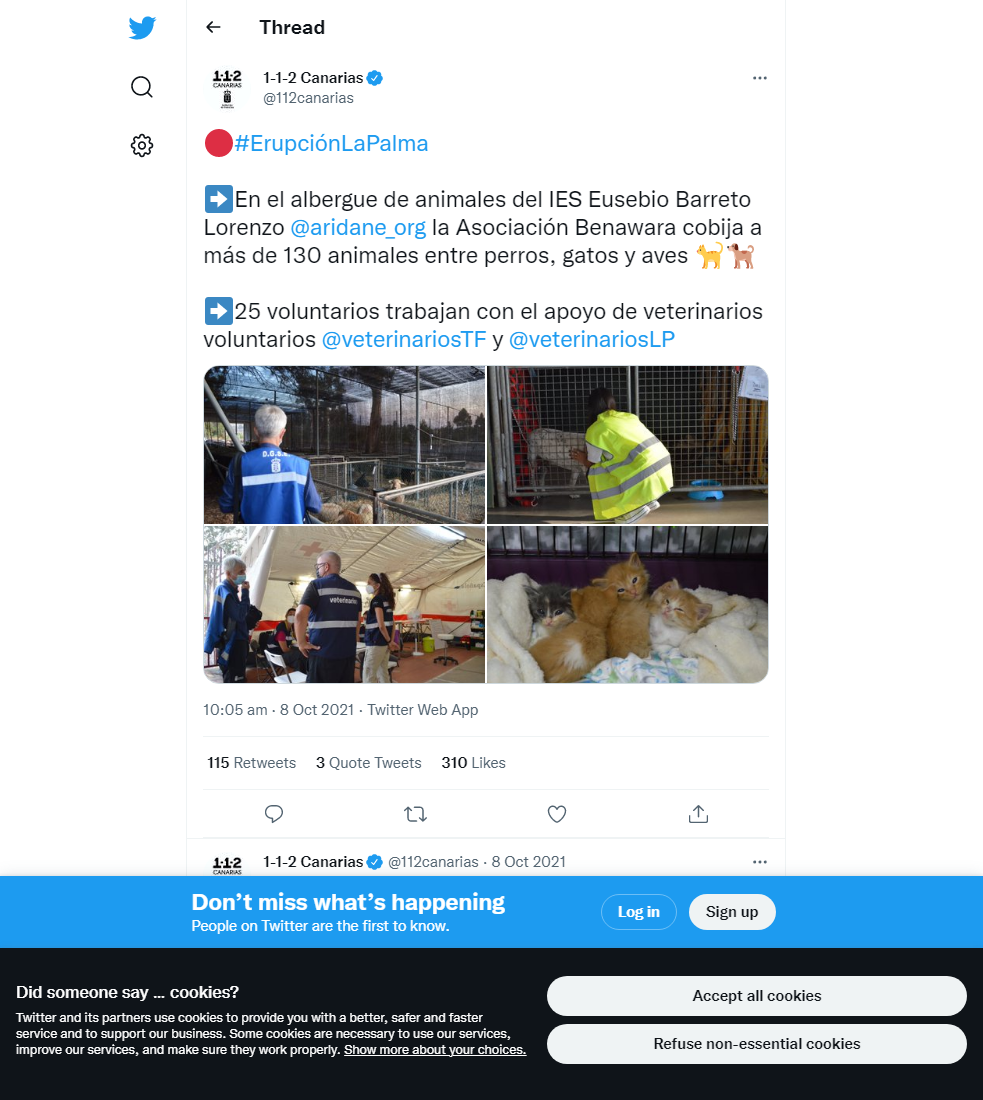 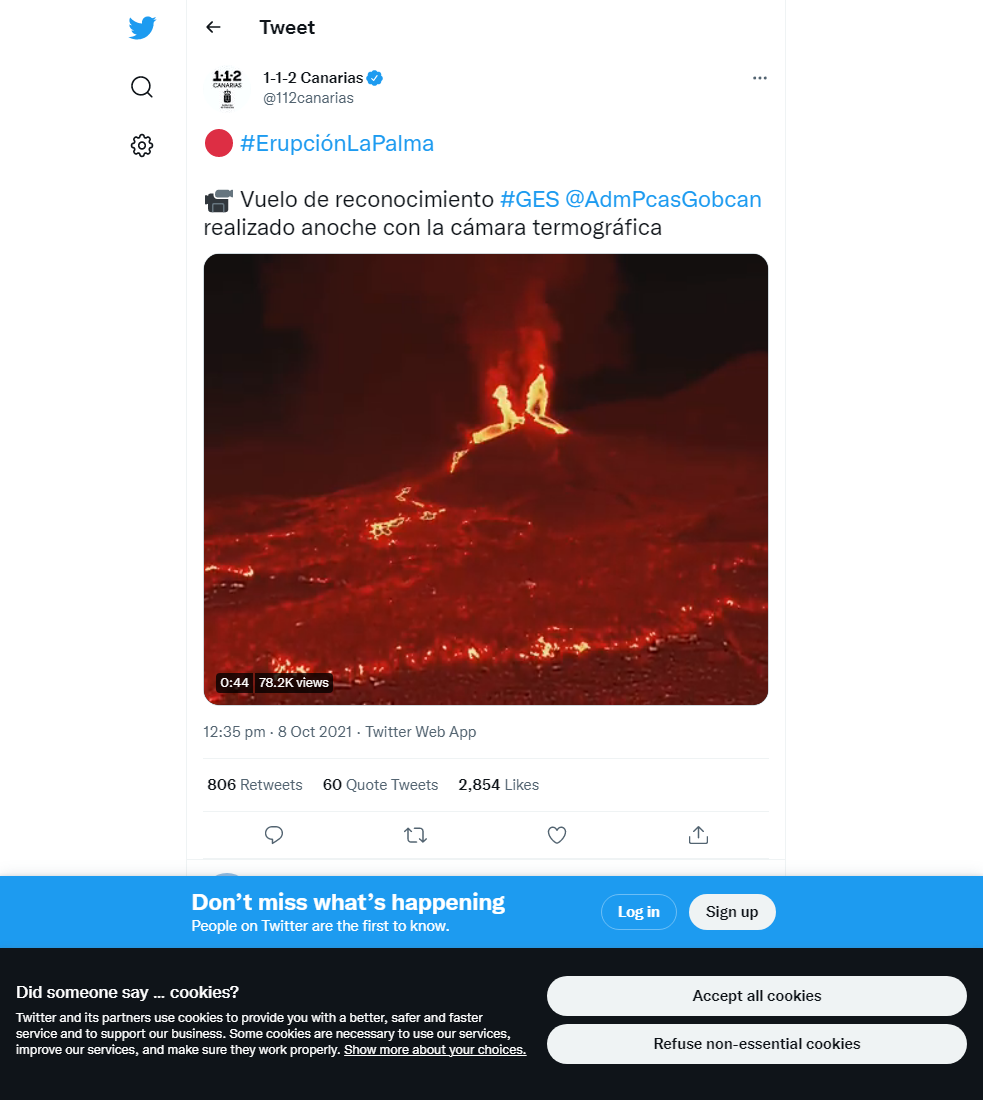 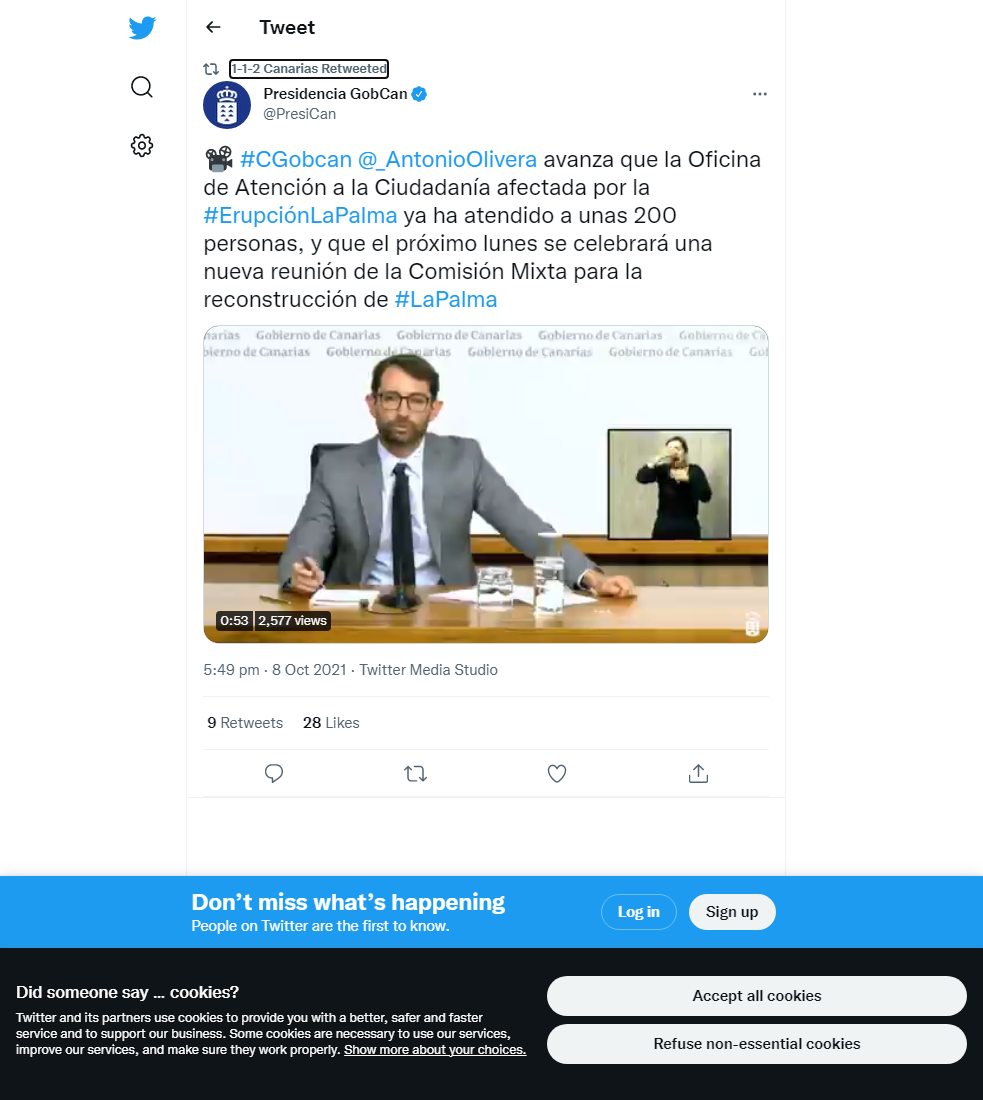 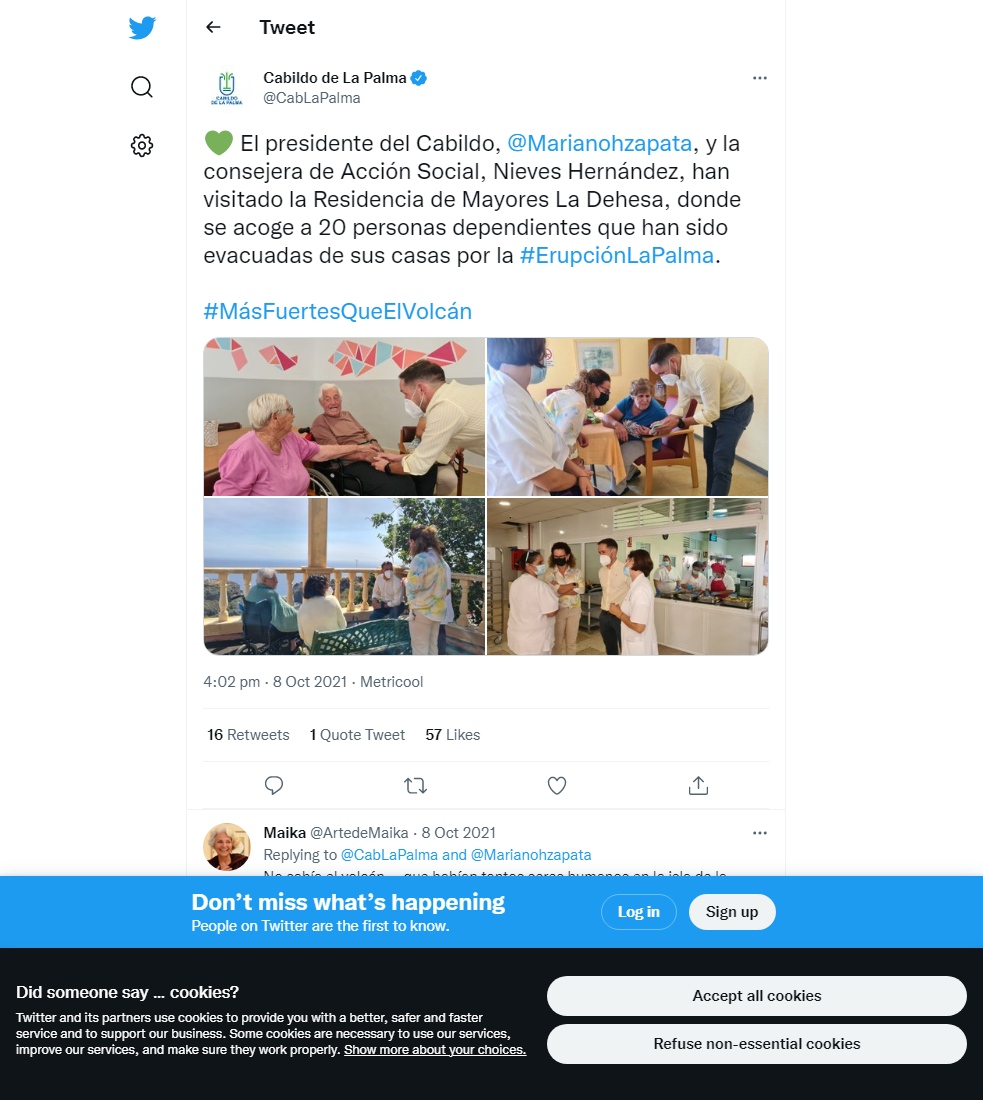 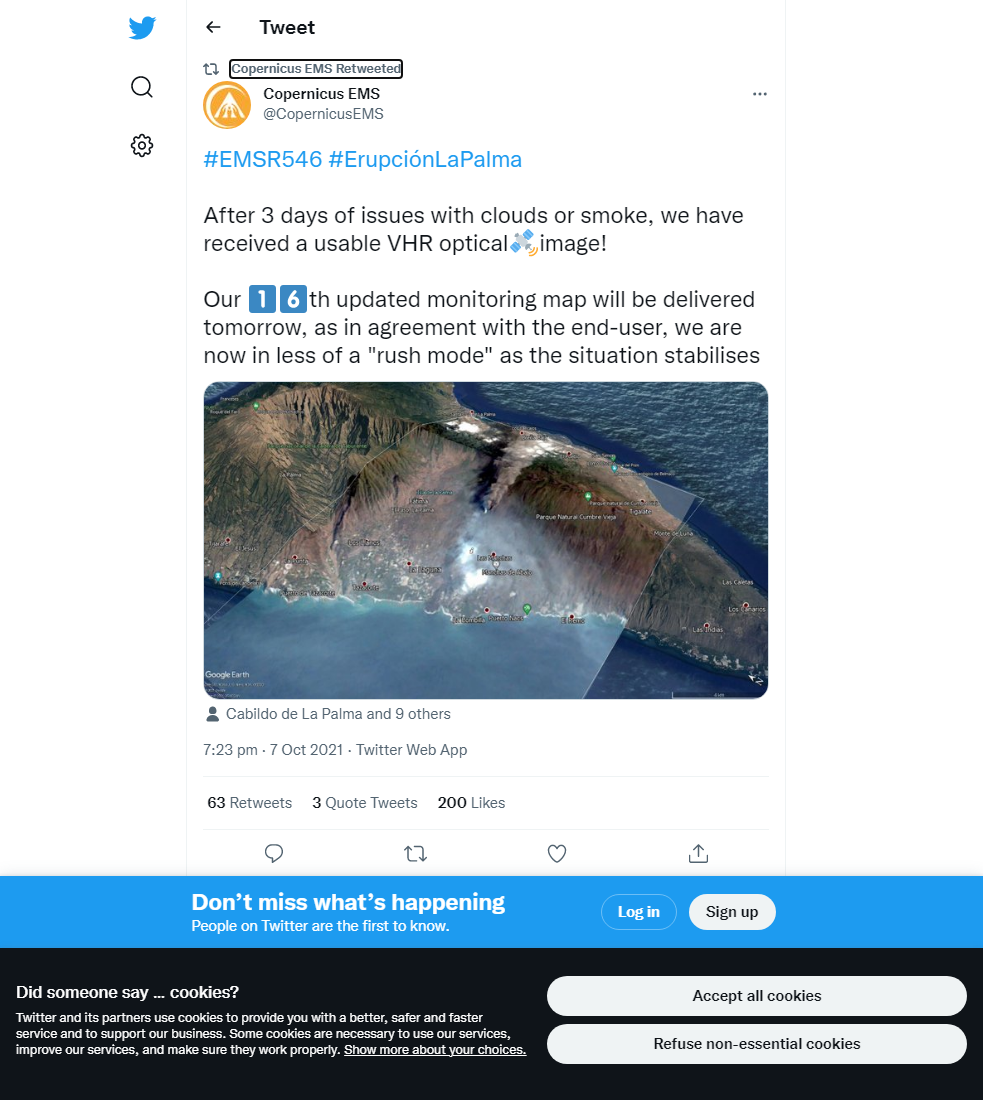 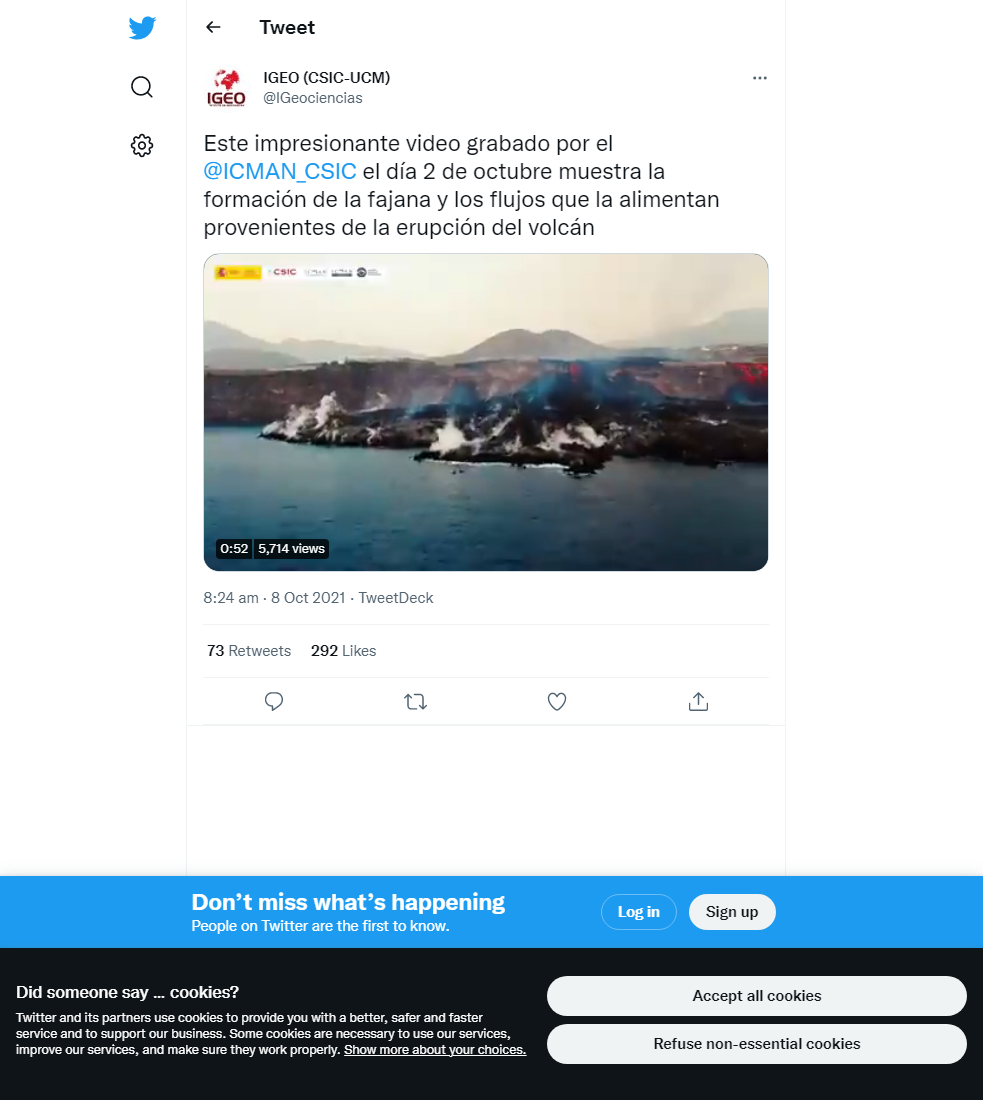 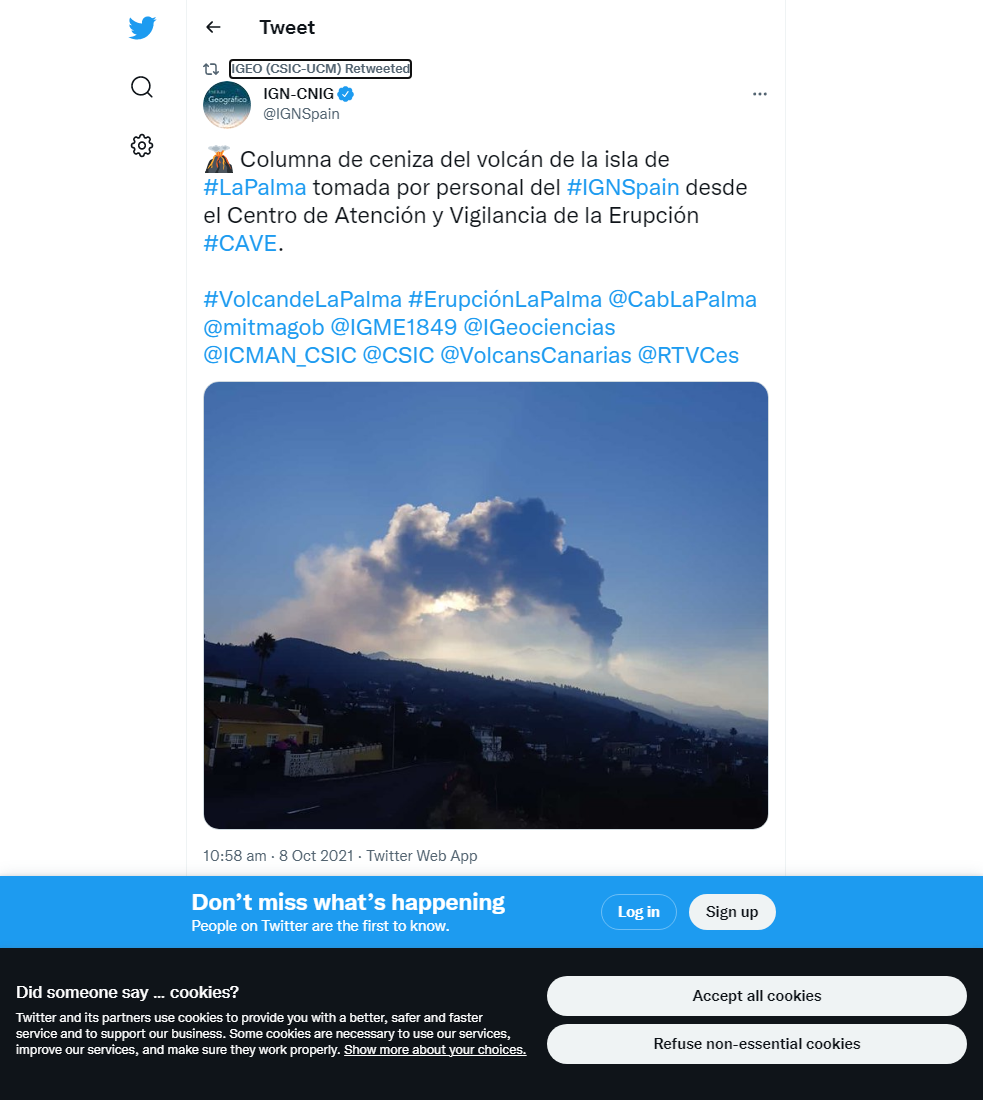 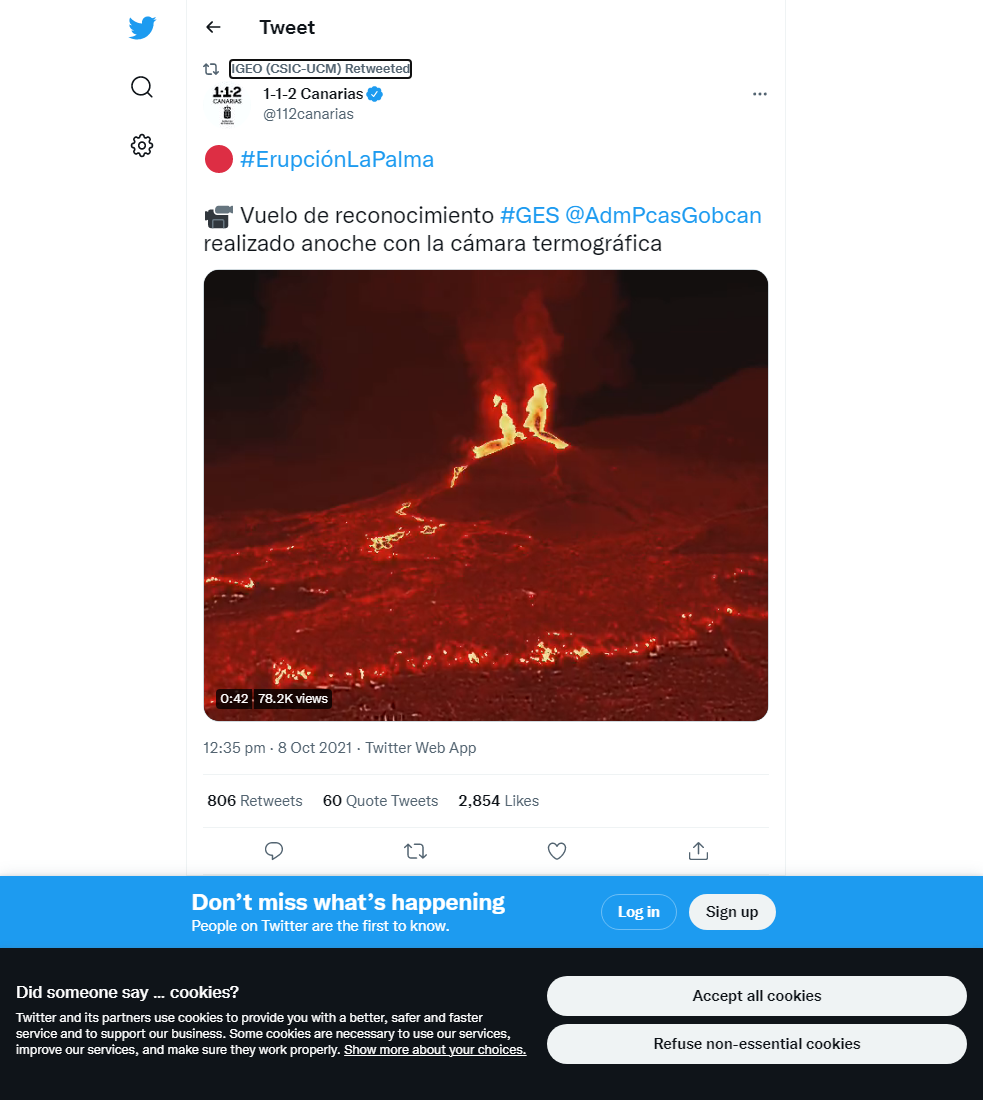