The volcano has entered a new eruptive phase, which began with the intensification of tremor on the 12th. Since then, the tremor has been extremely variable, with peaks throughout yesterday coinciding with intense phases of explosive strombolian activity and ash emission, producing strong and high eruption columns. Yesterday evening however, tremor signals ceased entirely, and this remained the case until this morning when a brief spike in tremor has been seen. In the evening, tremor again ceased completely, as did activity from any of the vents. The number of earthquakes increased yesterday to 71 events, peaking at M3.4. However, some of this increase is due to the fact that when there is no tremor, more lower magnitude events (<M2.0) can be located, according to IGN. Seismicity again remains concentrated at intermediate (<20 km) depths.

Regarding the confinement of El Paso, Los Llanos de Aridane and Tazacorte yesterday morning due to extremely unfavourable SO2 concentrations, the confinement order was lifted early afternoon due to the dispersal of the gases. The SO2 concentrations also reached very unfavourable values in Puntagorda during this time and reached alert levels in El Pilar too on the eastern slope of the island. However, the rest of the stations remained at ‘good’ levels. PM10 concentrations continued to fluctuate slightly yesterday, but remained at reasonably good to good throughout the island.

The lava flows have shown limited evolution over the last couple of days, with some slight ‘filling in’ of the areas between flows number 9 and 11 at the southern margin of the lava flow field. These flows are fed by the secondary cone that has grown to the eastern side of the main cone, which has enlarged over the last day or so due to new small collapses within the main cone. 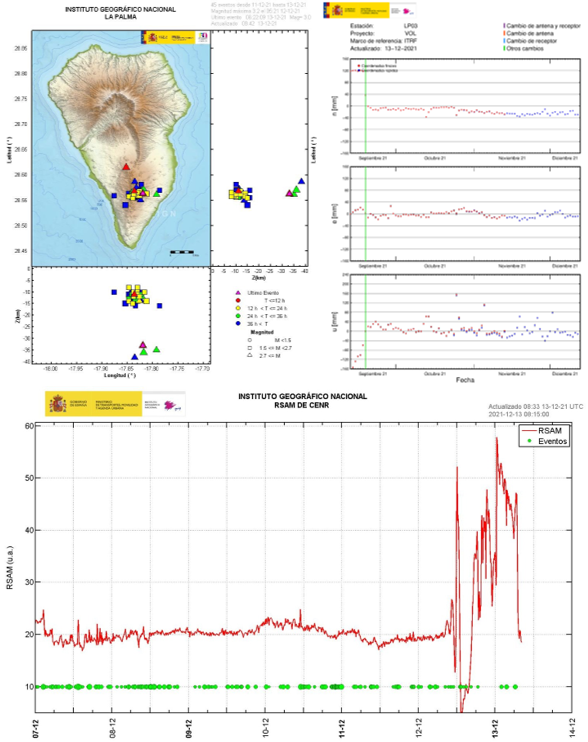 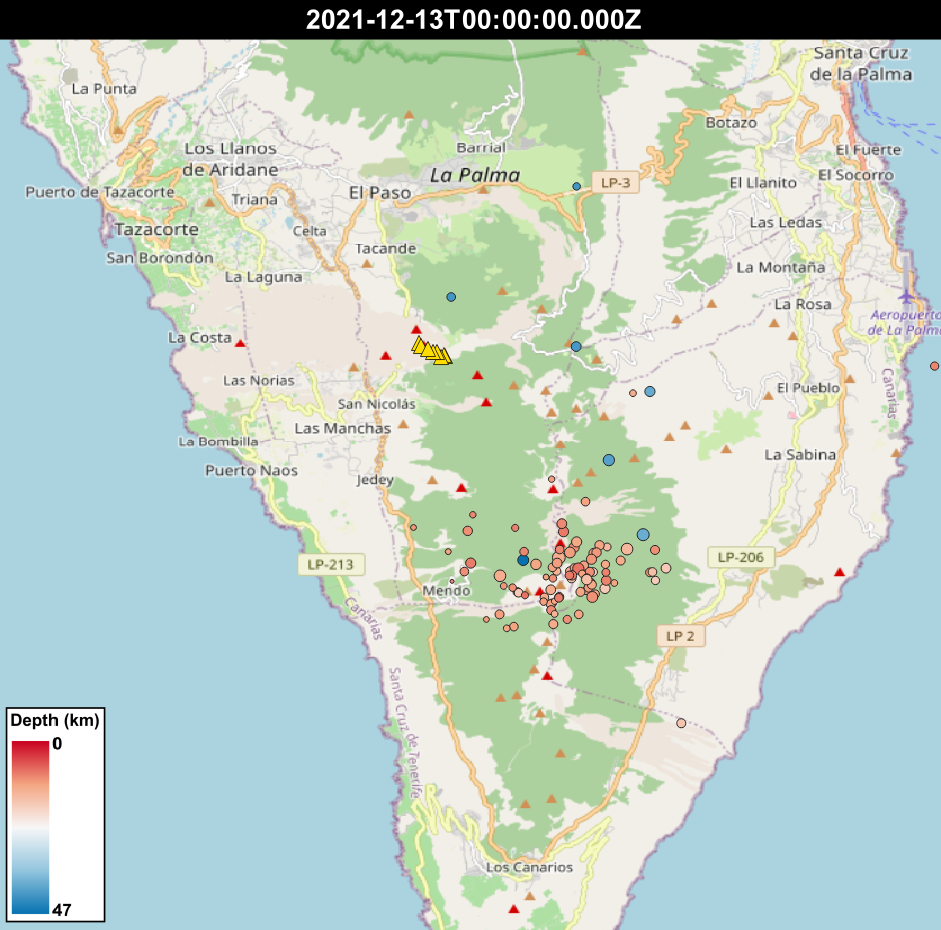 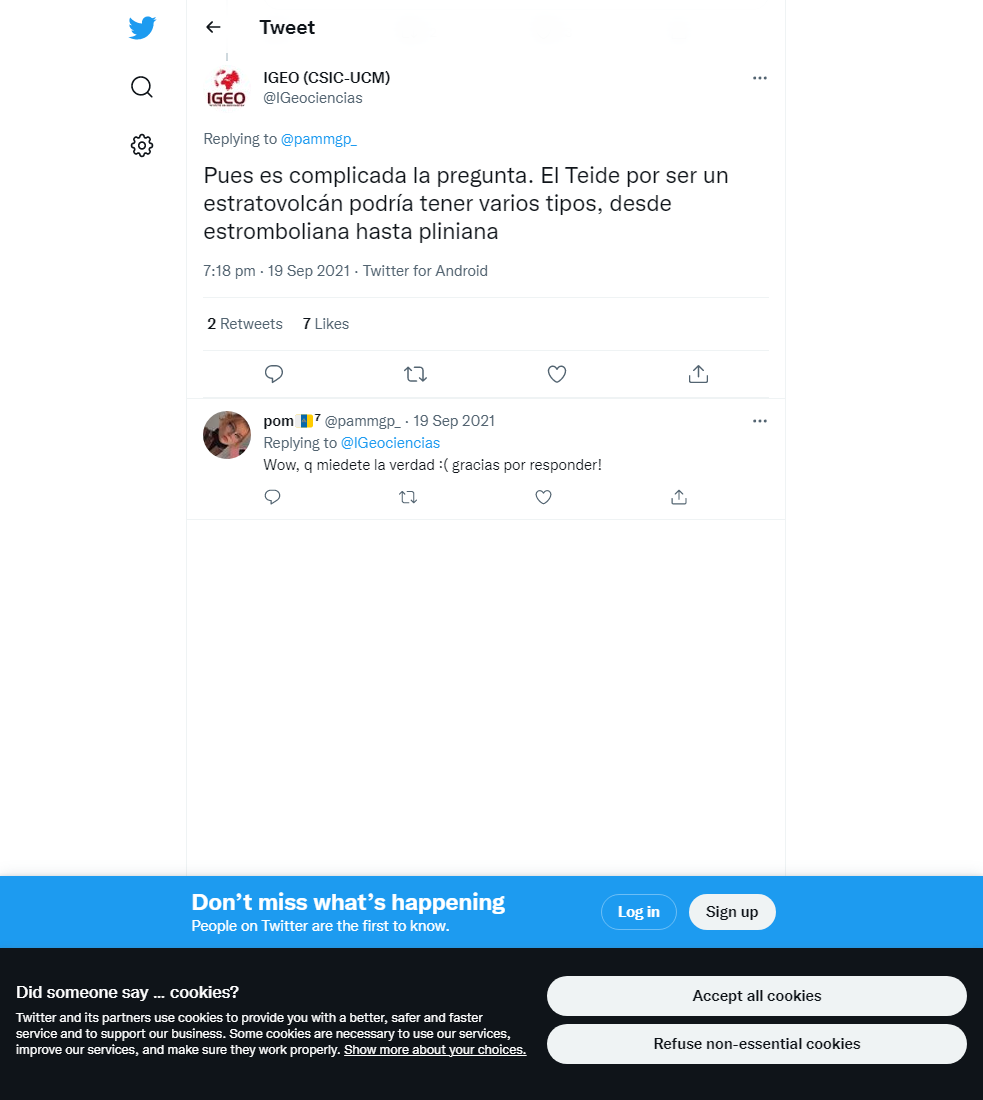 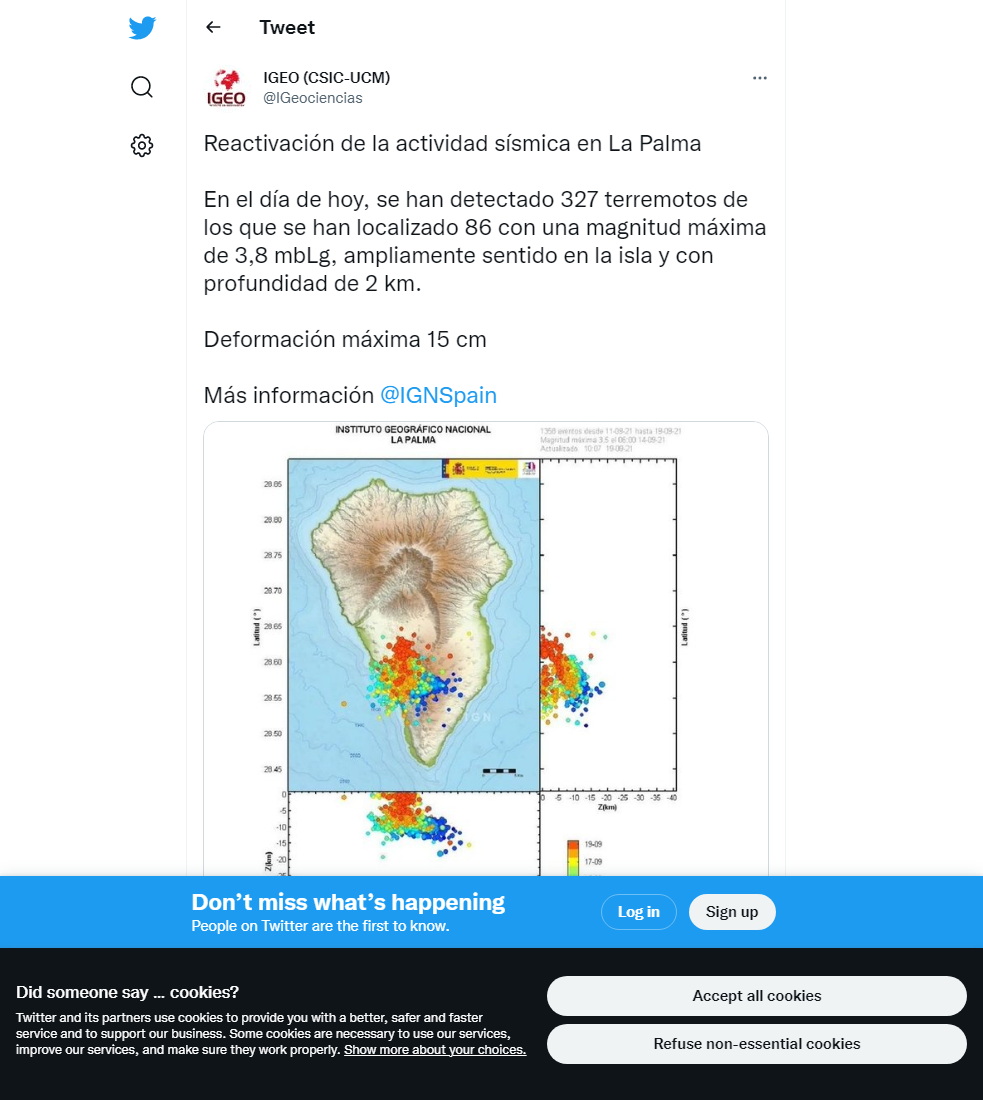 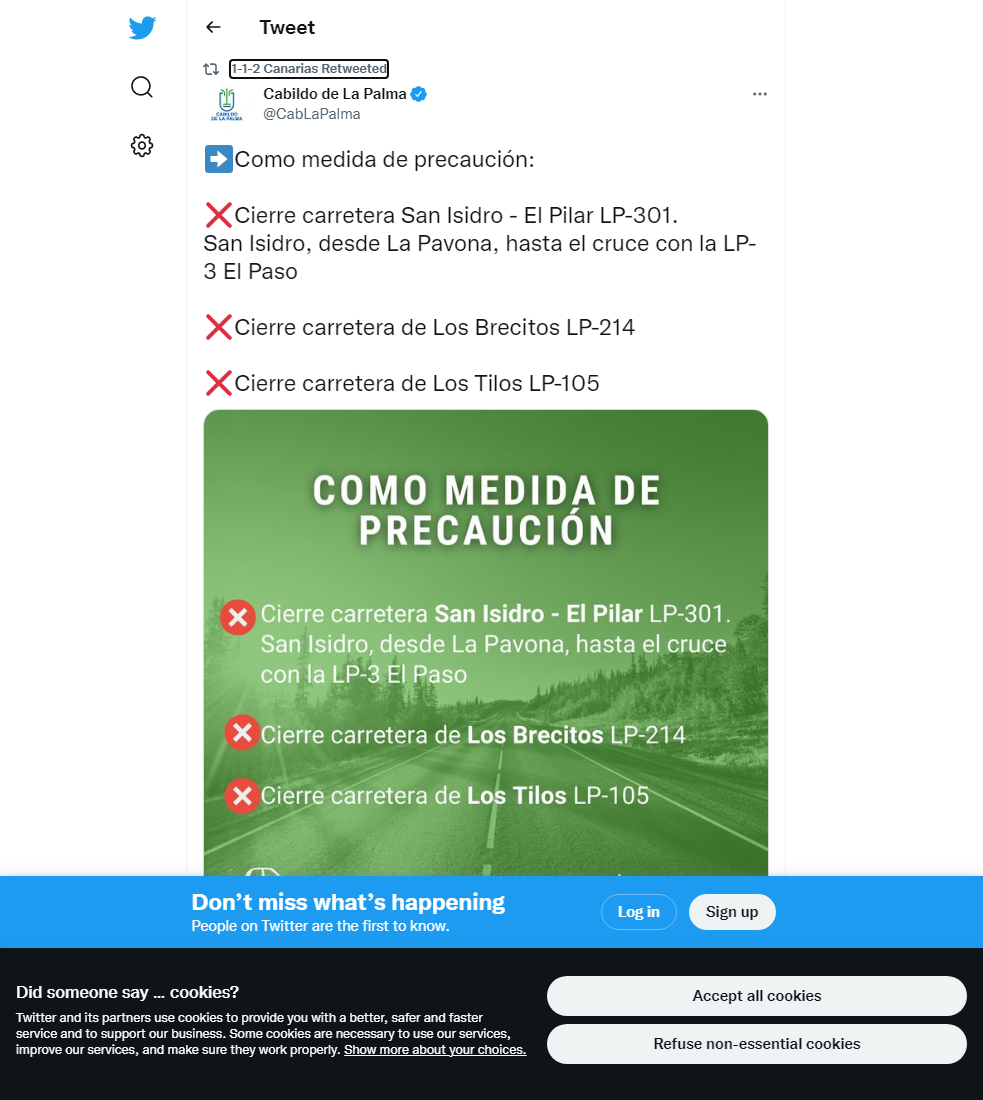 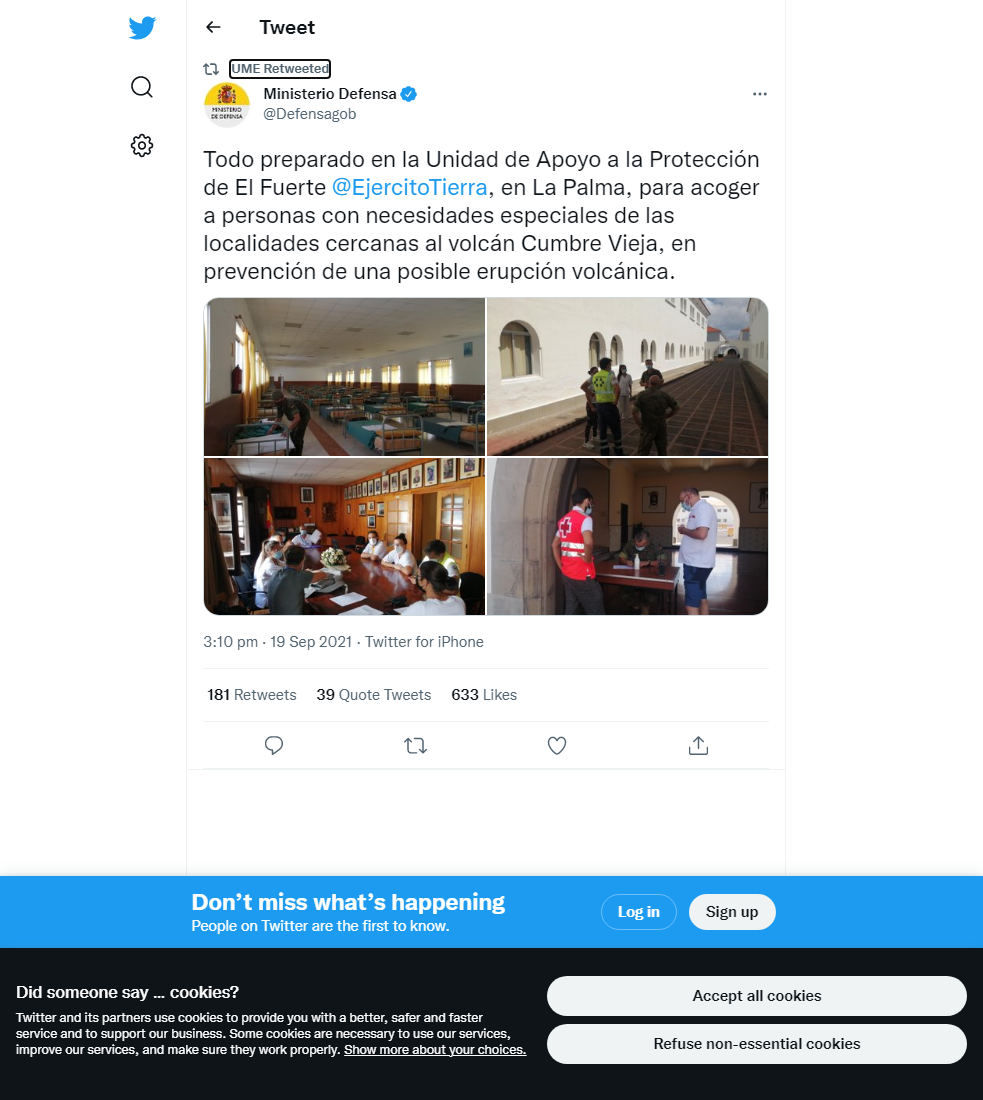 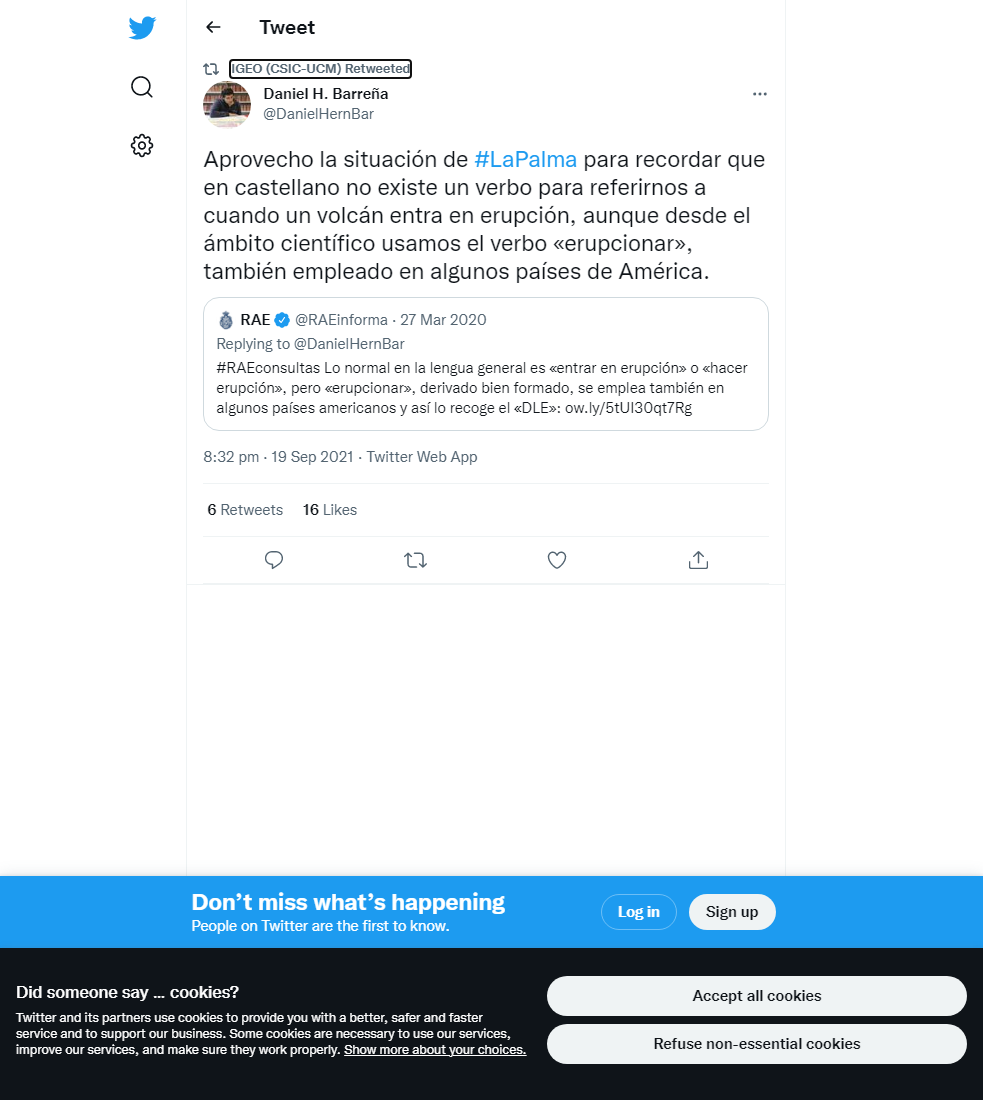 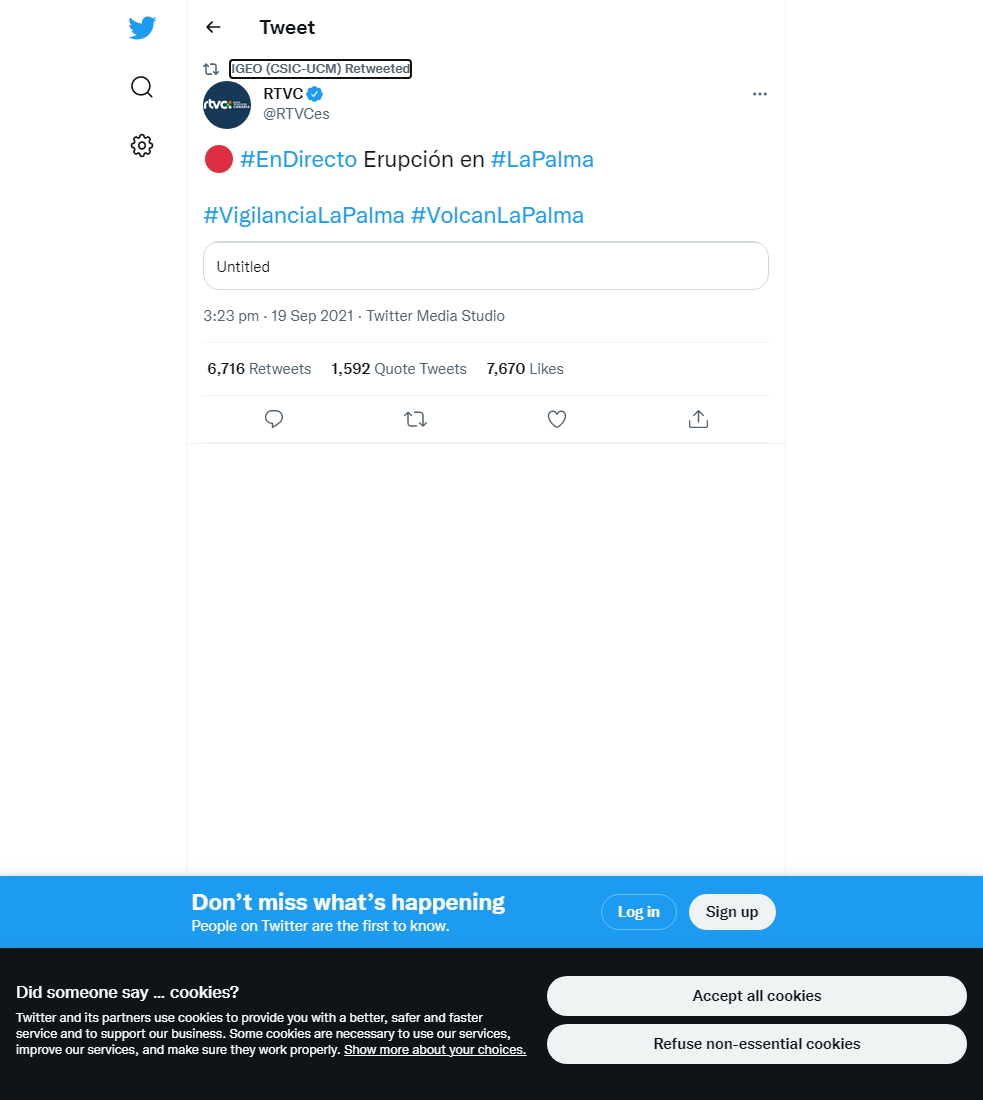 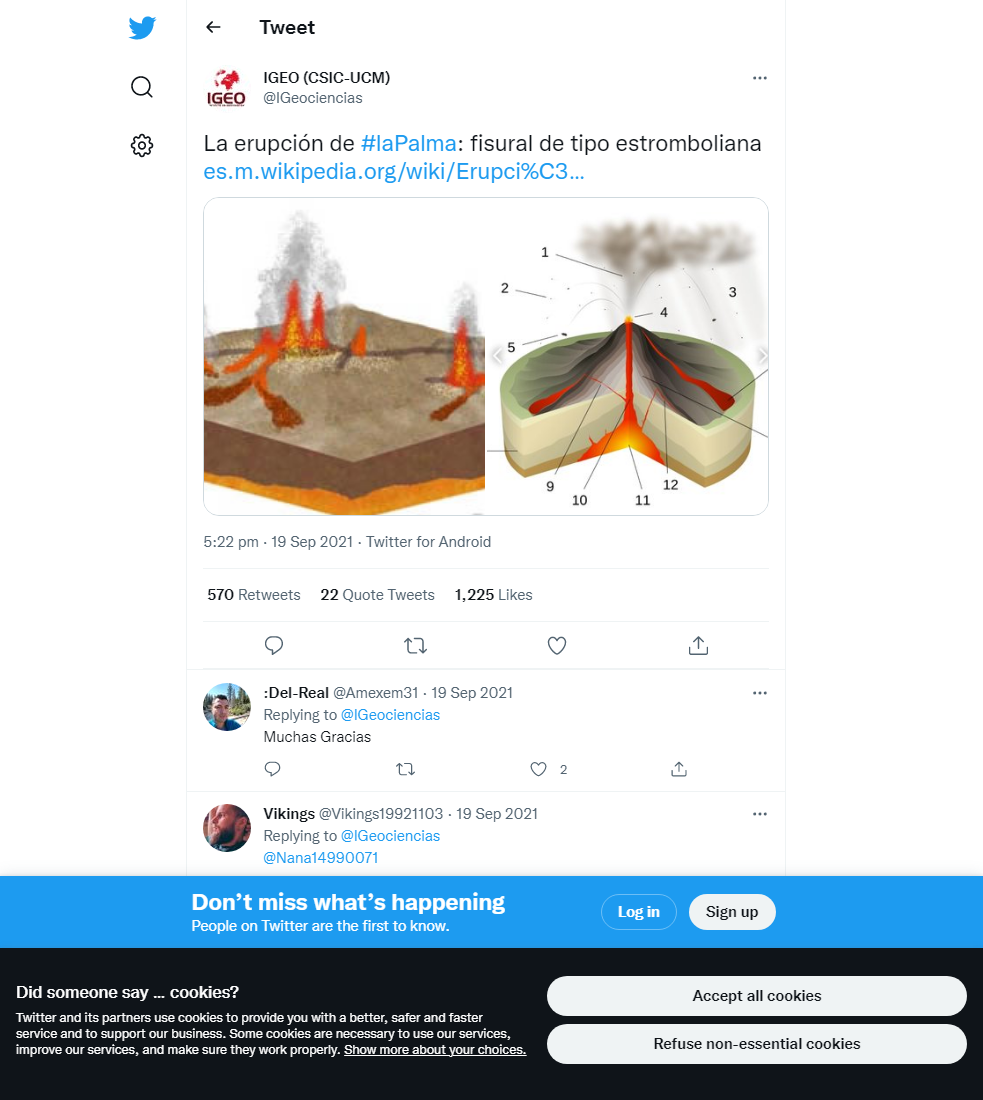