The activity of the eruption remains stable, with a mixed strombolian behaviour showing both jets of ash and also the emission of lava flows. At approximately 3am, a new strombolian vent opened up to the northeast at the base of the main cone, and is producing a slowing moving lava flow heading in the direction of La Laguna.

Since the early hours of the morning, there has been increased tremor in the shallow reservoir between 10-14 km depth, with >70 earthquakes peaking at M3.5 being recorded as of 11am. For context, throughout yesterday, only 75 earthquakes were recorded. However, deeper (>20 km) seismicity is lower today.

A switch in wind direction from NE to W has brought better weather and has allowed the reopening of La Palma airport today after cleaning. For air quality, latest data show the SO2 and PM10 levels are good or reasonably good apart from in Los Llanos De Aridane where the SO2 levels are ‘regular’, although they are better than the last few days. Access to the exclusion zone is only allowed to the northern area today, as air quality thresholds have been exceeded in the southern part of the zone.

No activity is still being recorded from the vent that opened up to the south of the main cone on the 25th, and the lava flow from that vent has now joined the main field. The lava flow field now exceeds 1100 ha, and the new land created accounts for roughly 50 ha of this. It is estimated that 1506 buildings have been affected, along with 342 ha of crops including 212 ha of banana plantations. 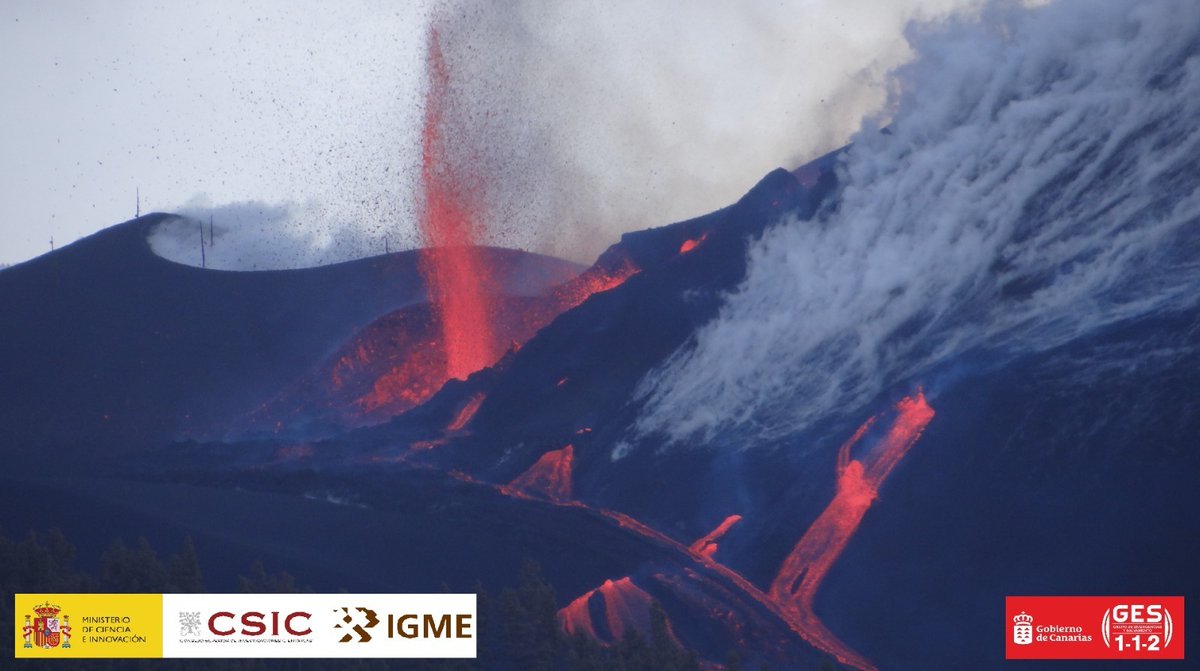 The new strombolian vent that opened up on the NE flank of the main cone, along with multiple other lava emission points seen further down the flanks. Image credit: IGME, CSIC 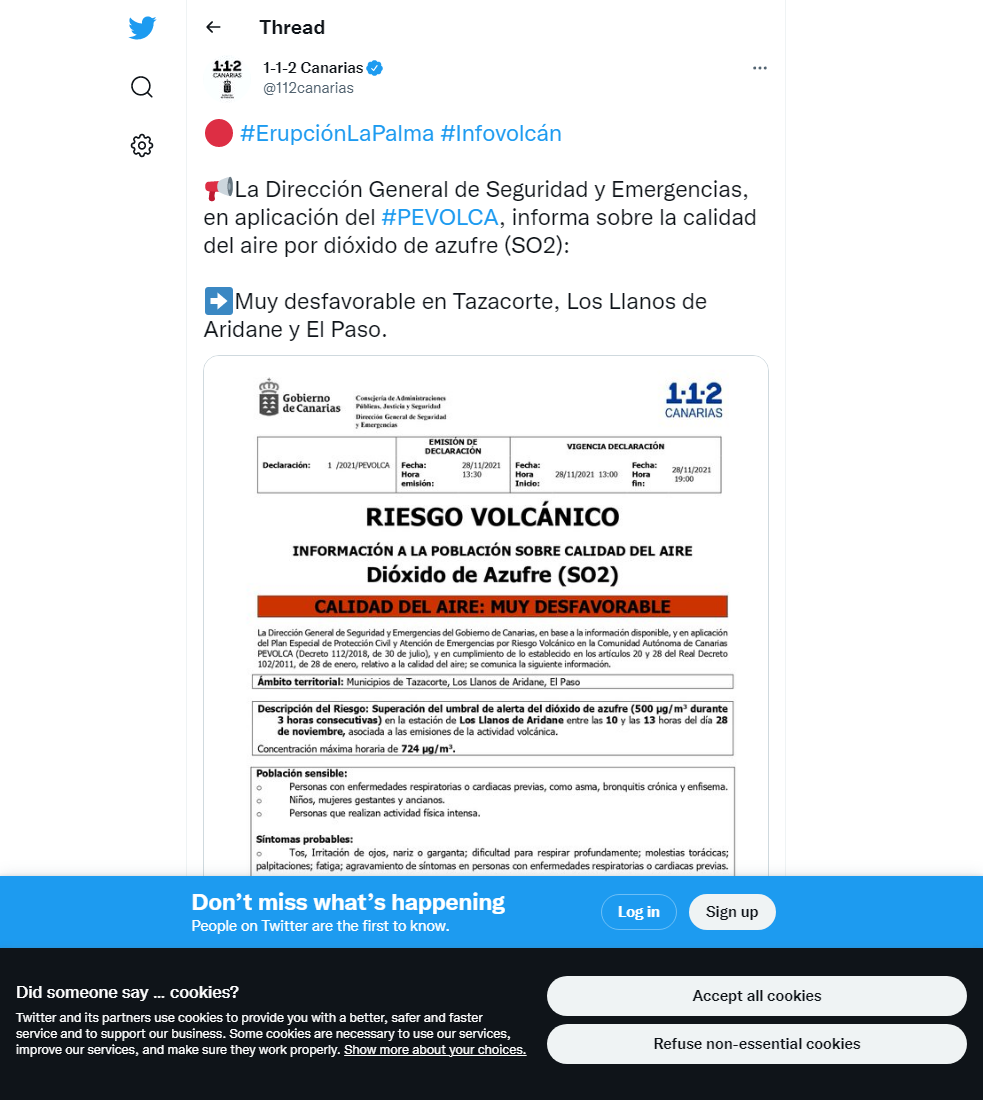 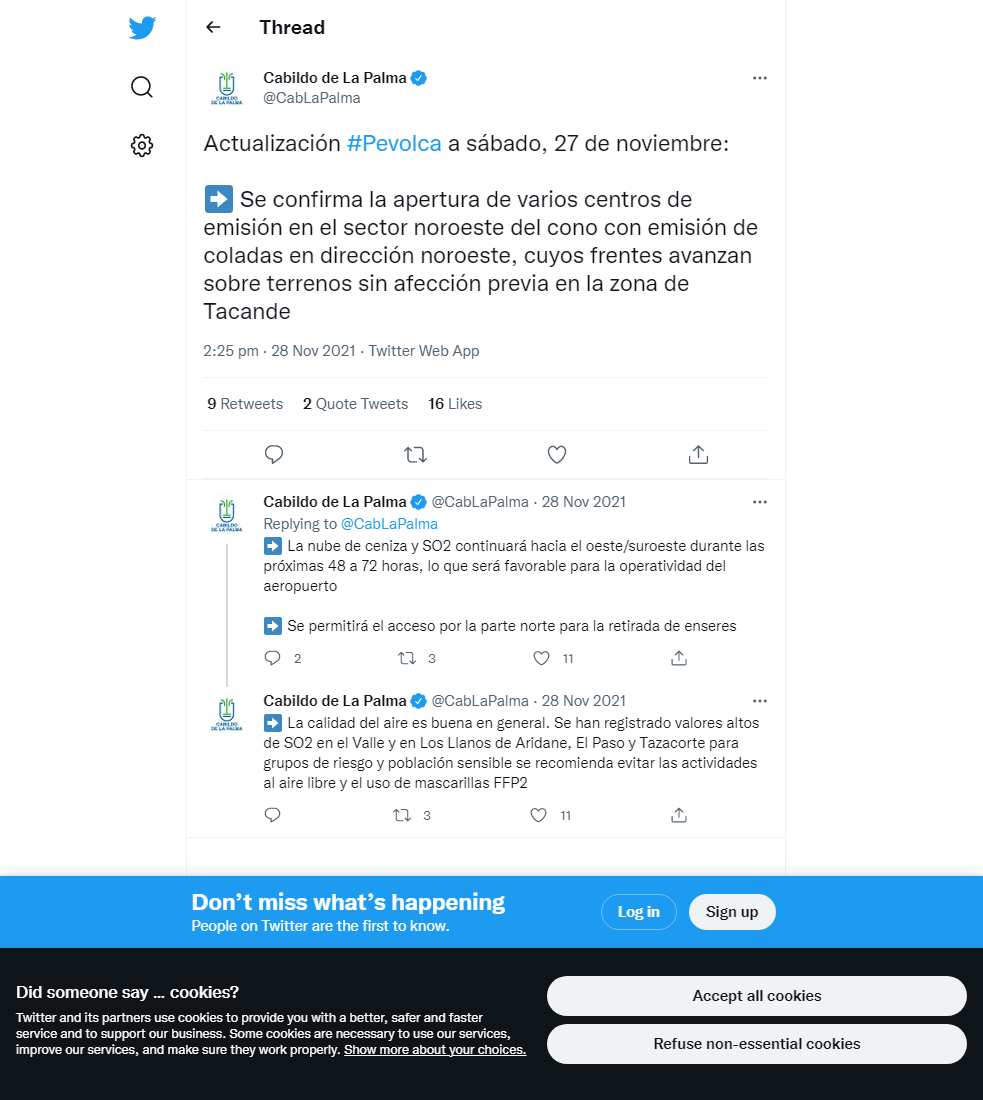 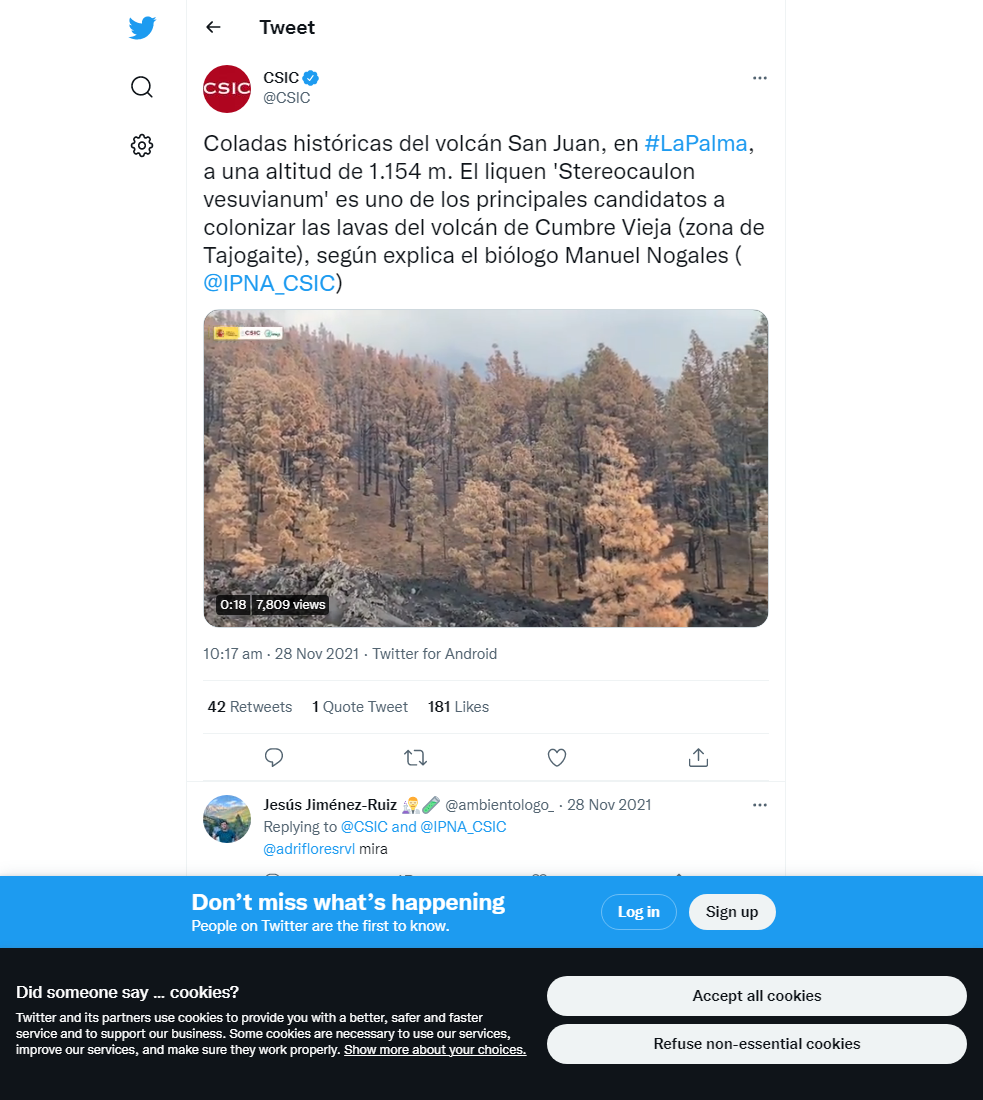 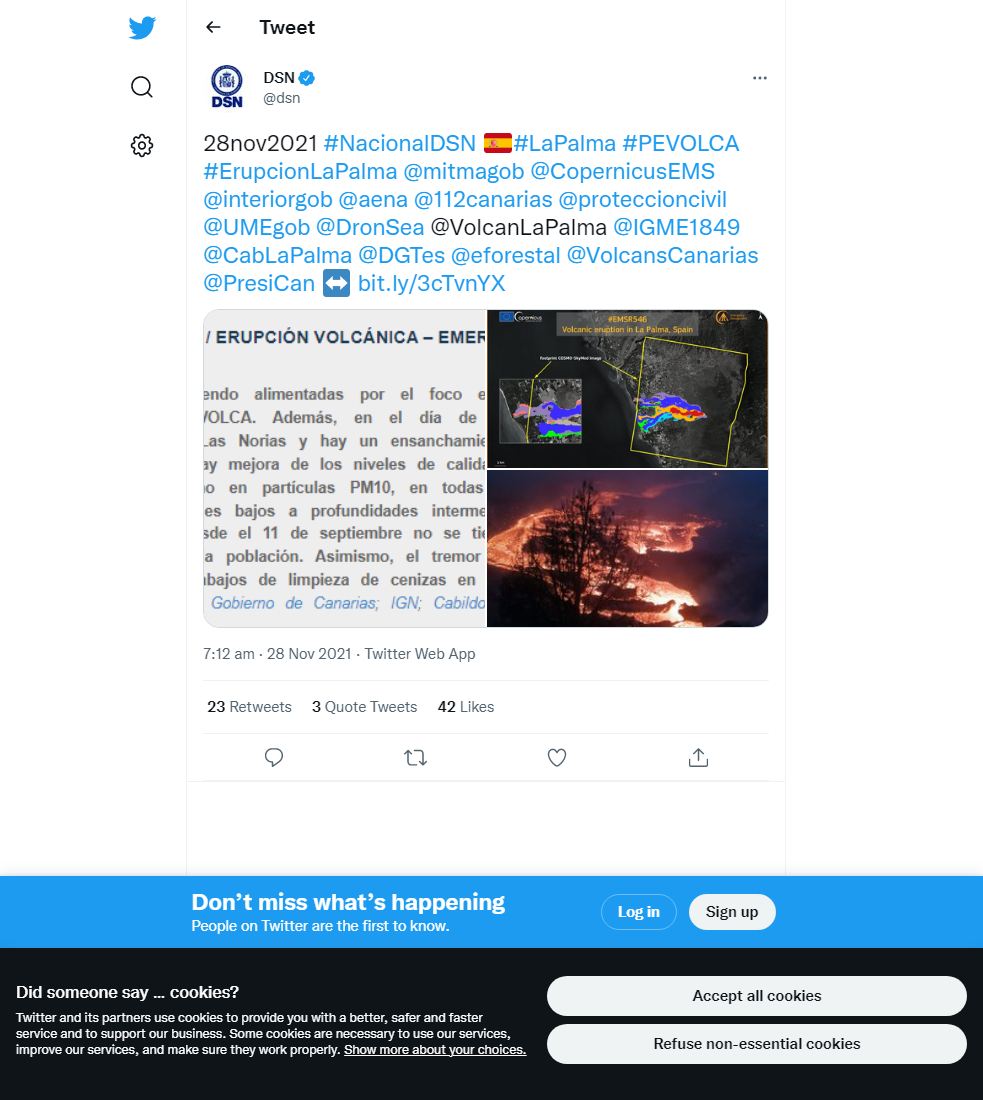 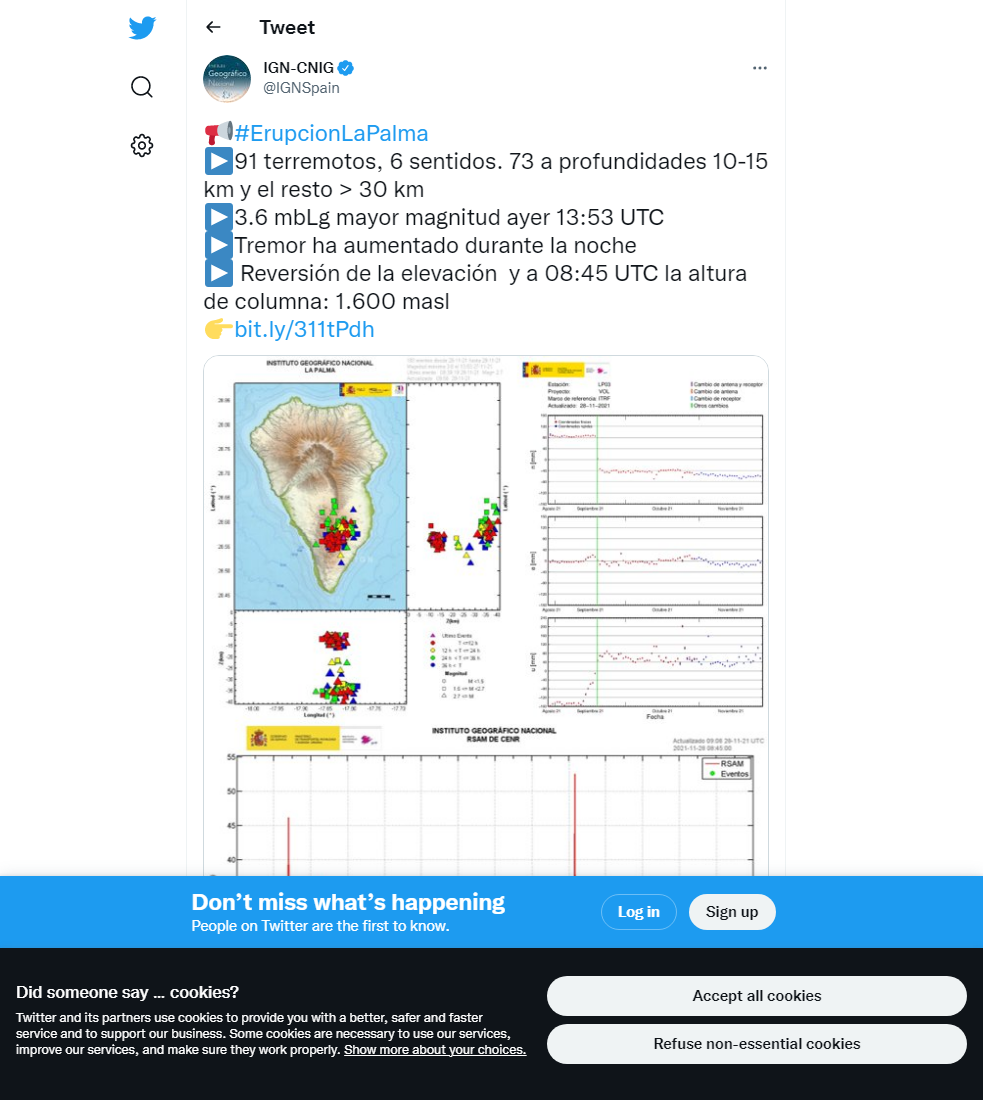 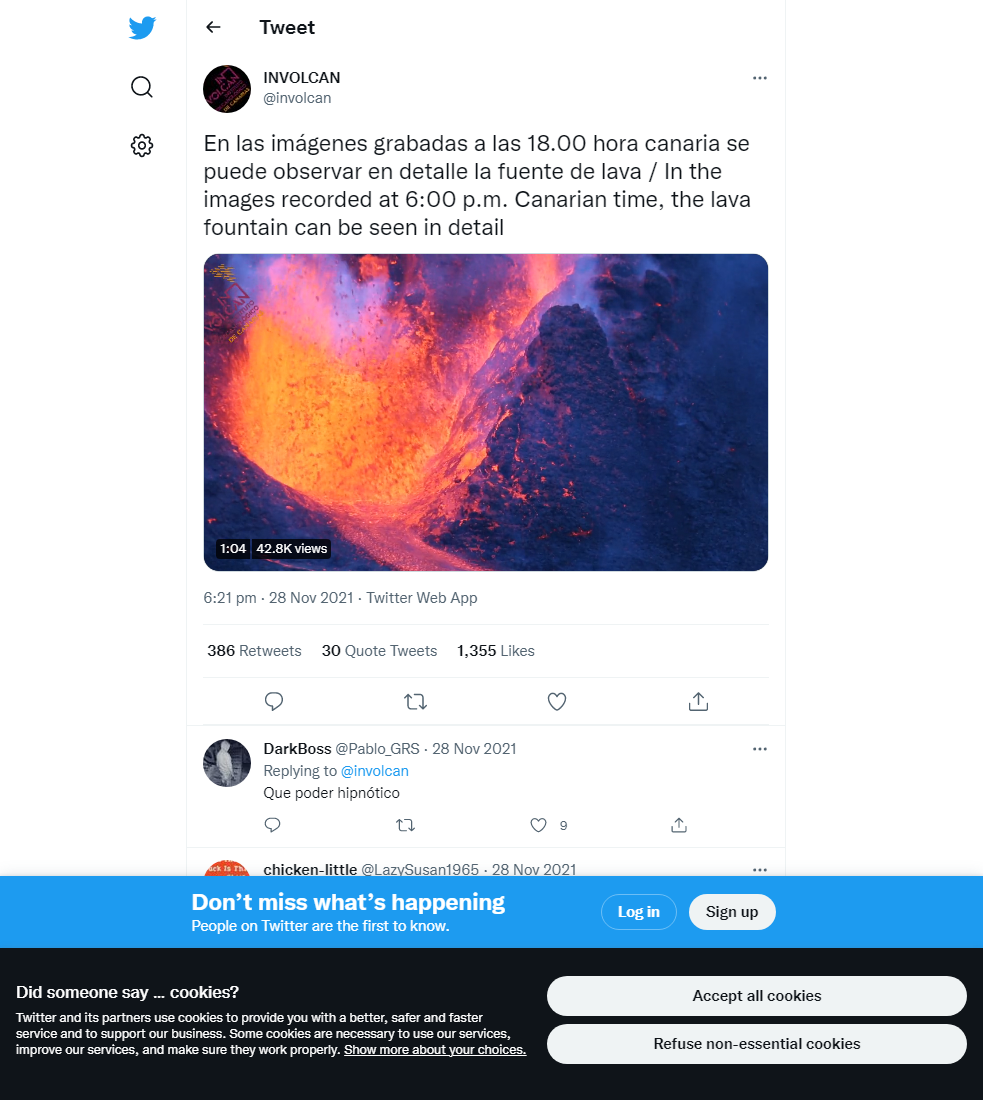 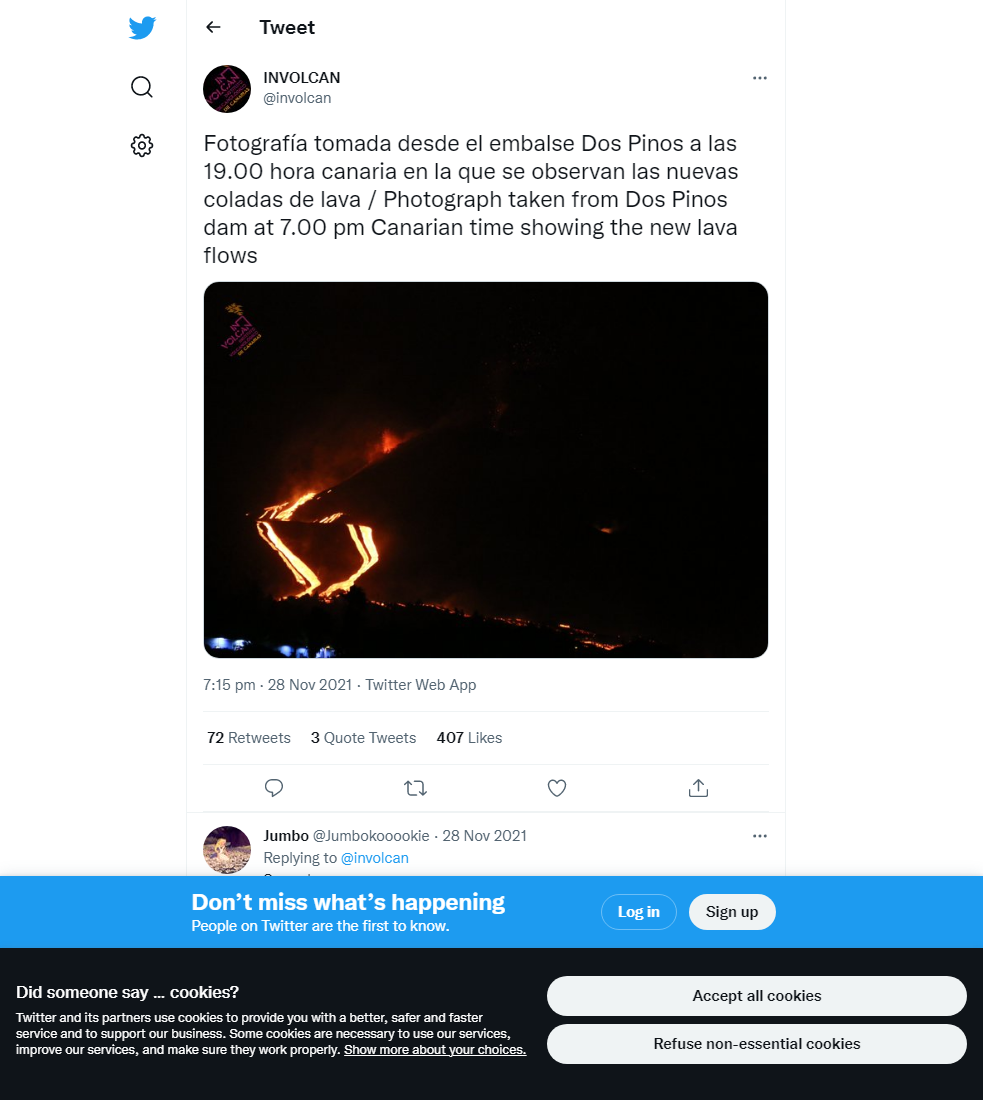