Some final statistics of the eruption include 528 scientific staff involved in the emergency response, with 55 from IGN, 31 from IGME, 63 from CSIC, 24 from IEO, 143 from INVOLCAN, 146 from ULL, 31 from ULPGC and 35 from AEMET. The volcanic cone peaks at around 200m high, the lava flows peak at 70m thick and on average are 12m thick on average, covering 1,219 hectares including 48 hectares of new land. The maximum height of the eruptive column was 8,500m above sea level although the average was closer to 3,500m. 7,000 people were evacuated, with 559 of those still living in hotels. In total, 1676 buildings were destroyed according to the land registry, although Copernicus EMS estimated 2888 buildings had been destroyed

Deformation remains stable across the network, and 9 earthquakes were recorded, peaking at M2.5 with 6 <M2.0, largely at intermediate (<20 km) depths. The level of SO2 emissions from the plume were maintained from the previous days, registering a low (50-500 tonnes per day) value. PEVOLCA continues to explain these emissions are due to the solidification of superficial magma in the conduits, rather than magma ascent. quality remains good in all stations with respect to SO2 concentrations, and between good to reasonably good in all stations with respect to PM10 concentrations.

(Above) A video taken from the northeast of the degassing main cone of the eruption, showing the extent of the lava flow as seen from this vantage point. Video credit: CSIC 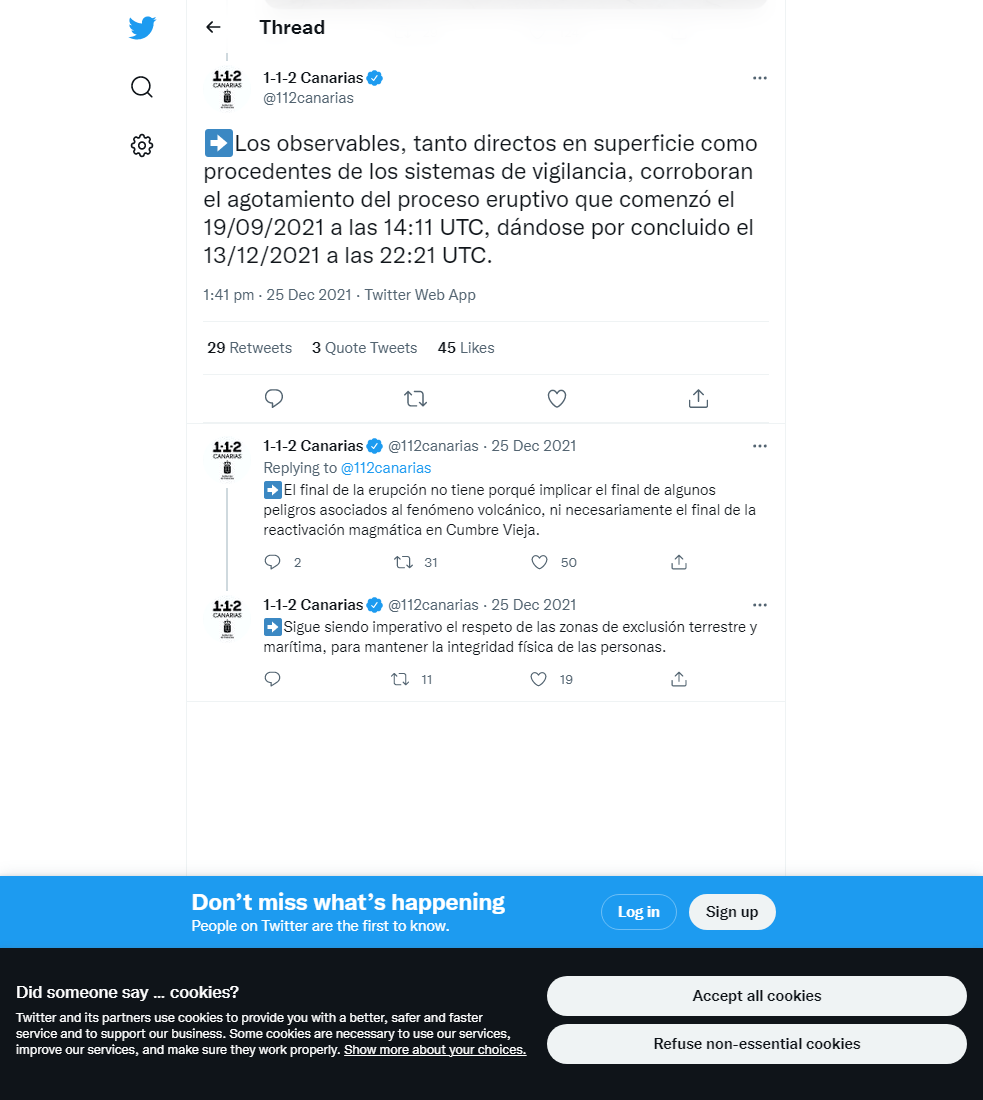 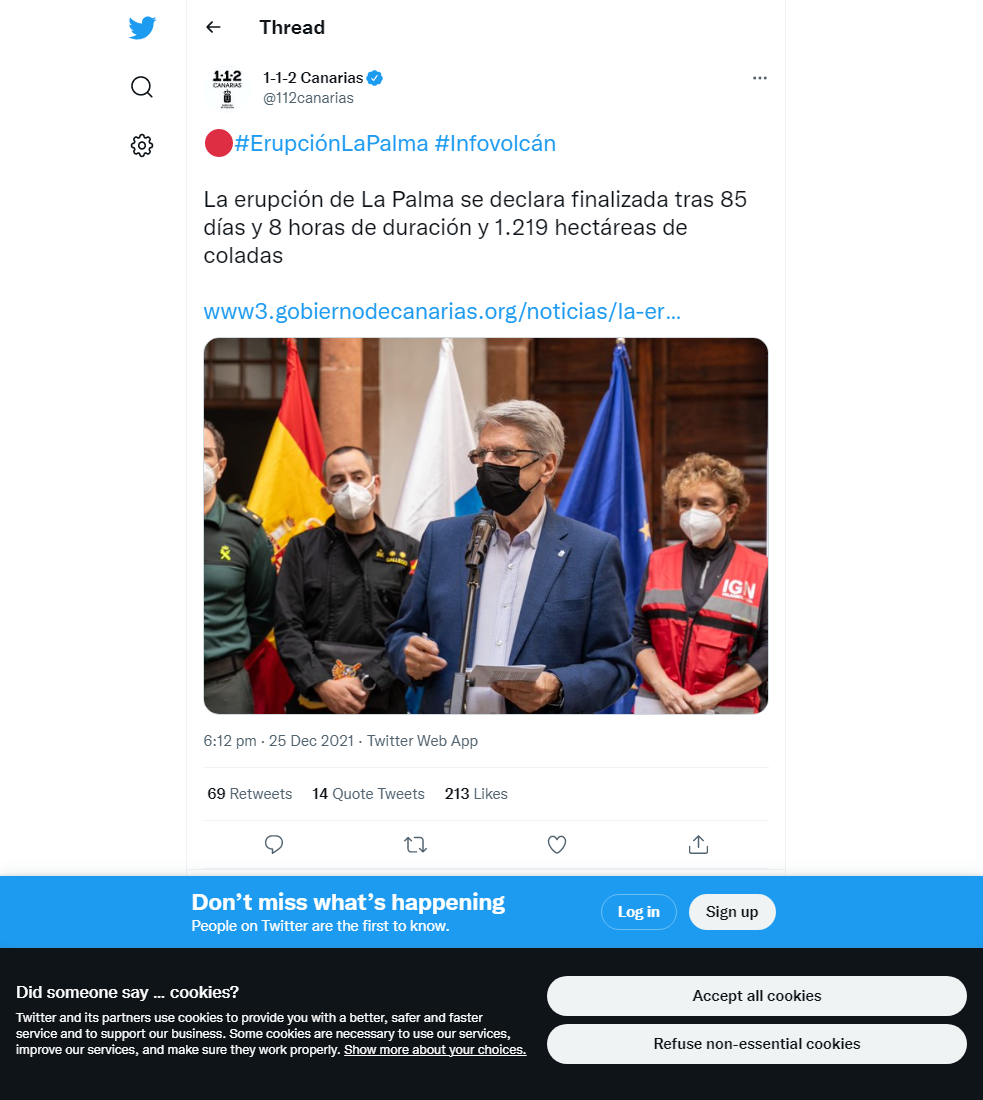 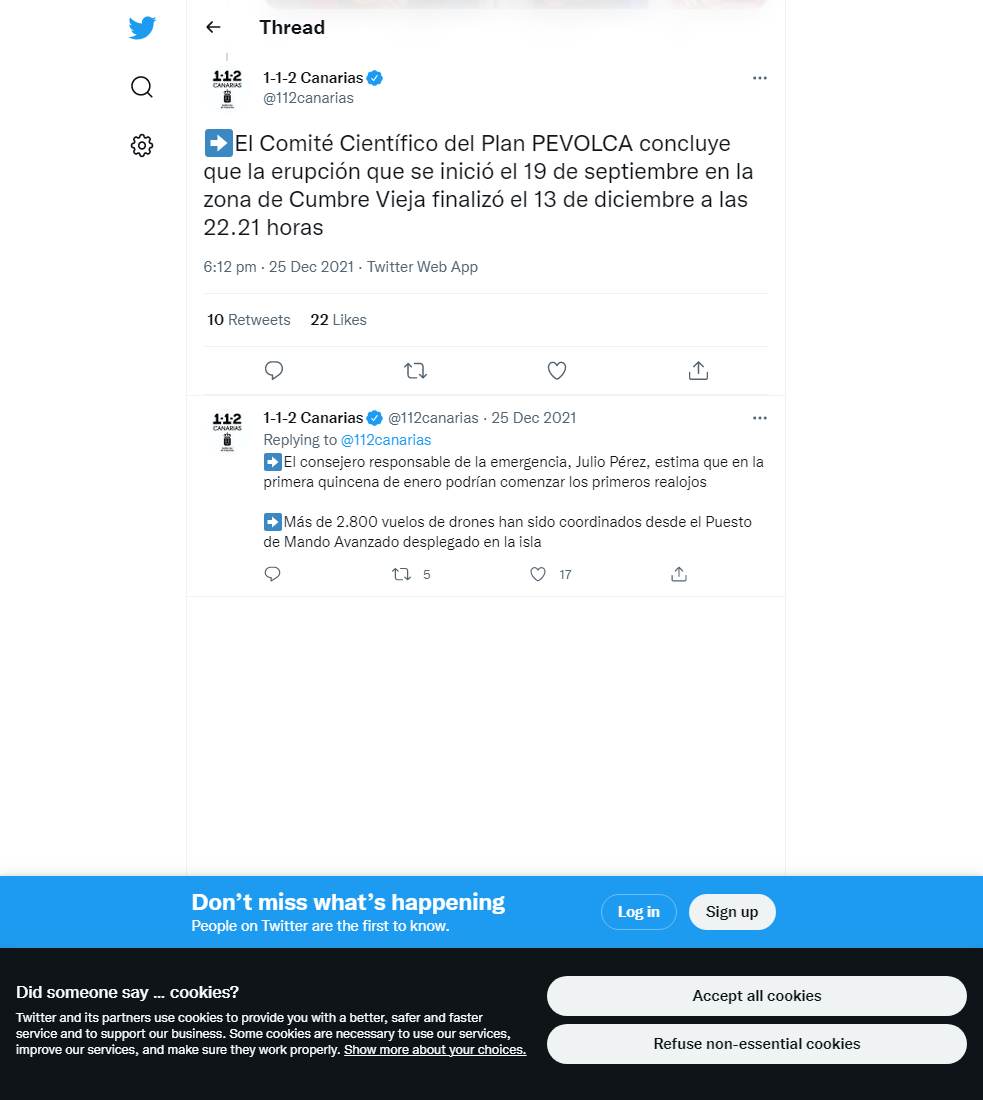 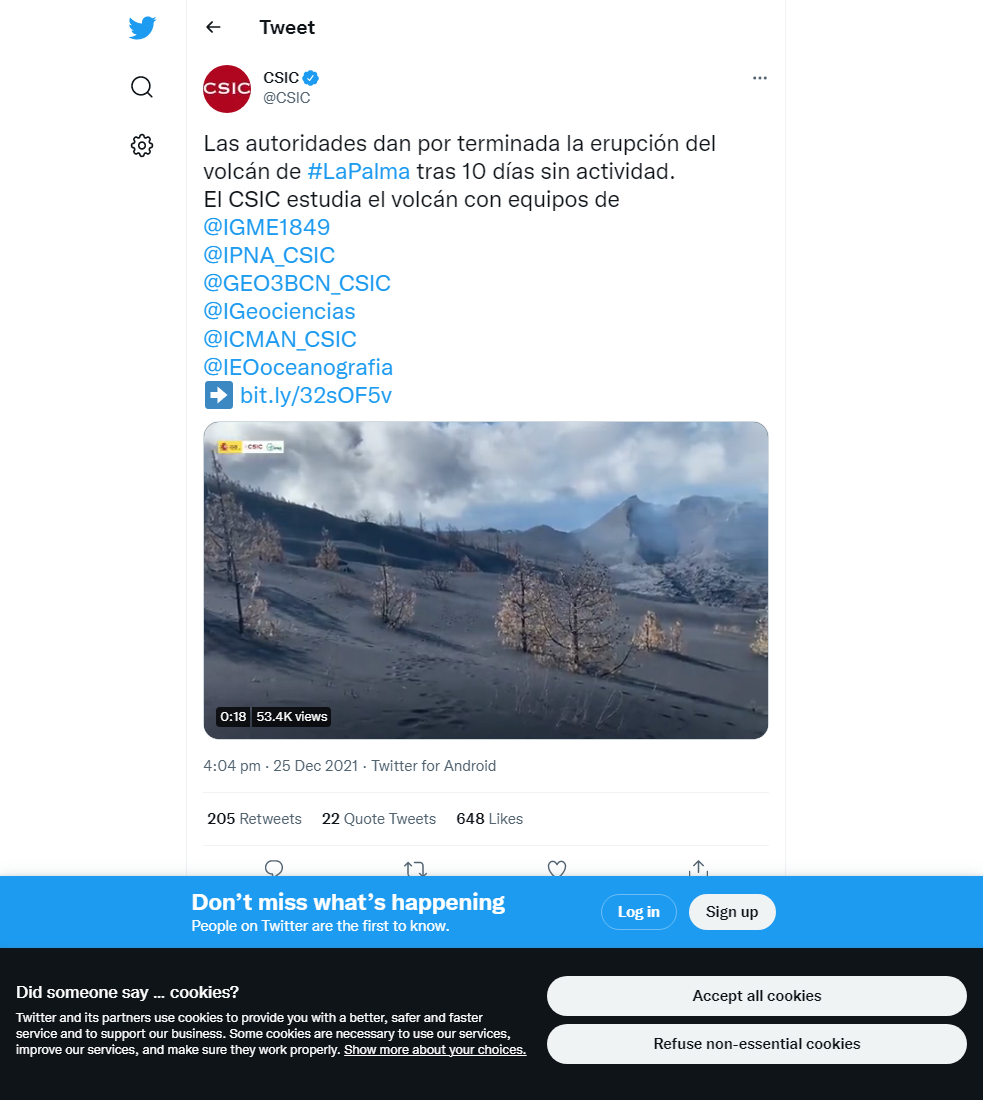 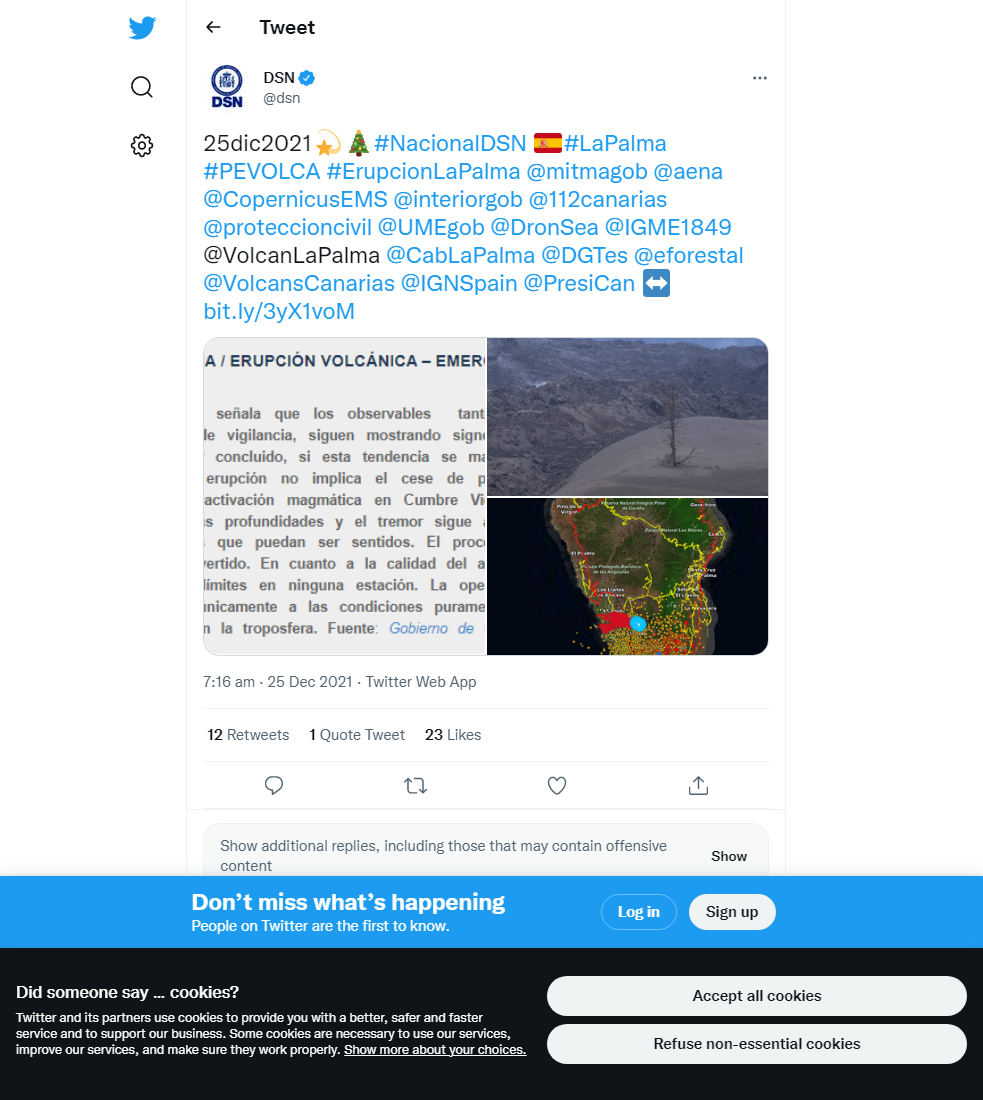 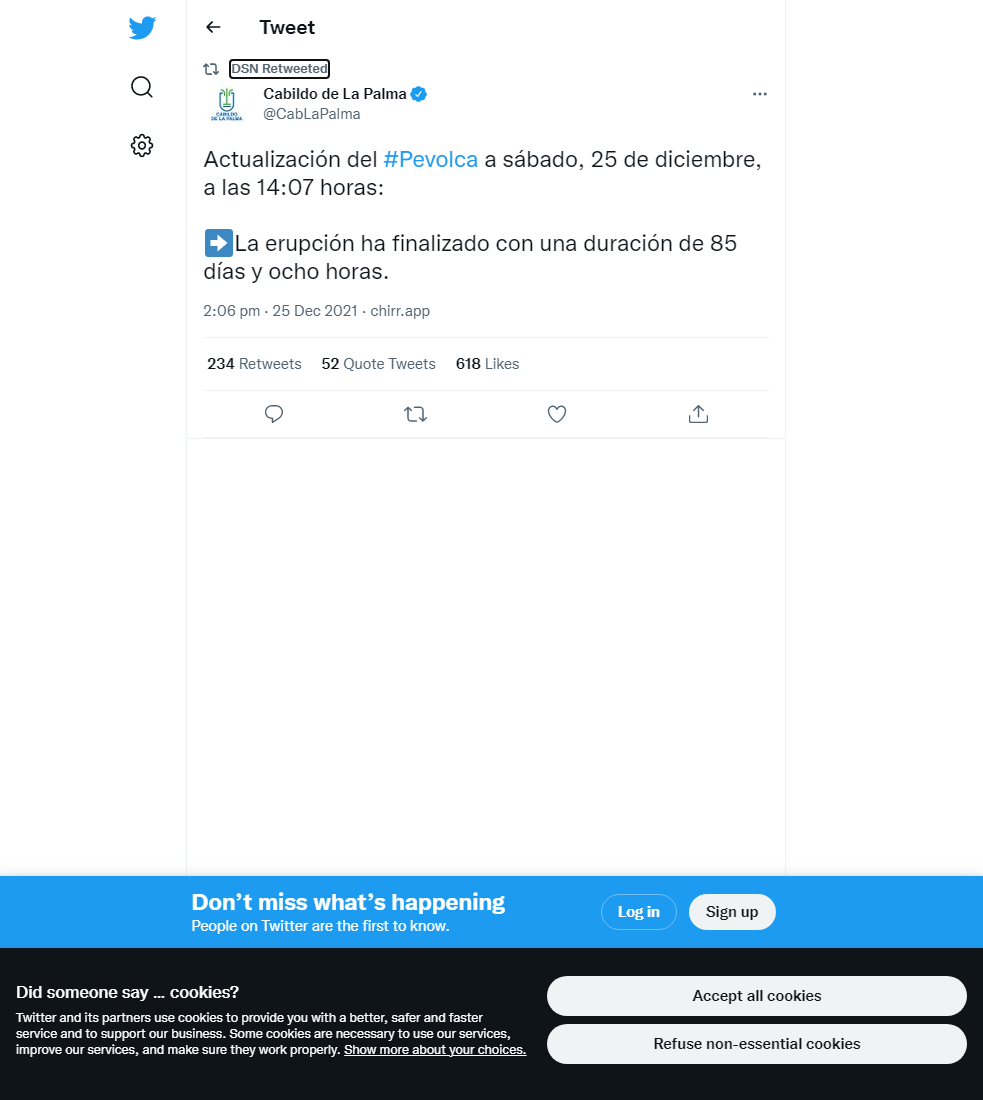 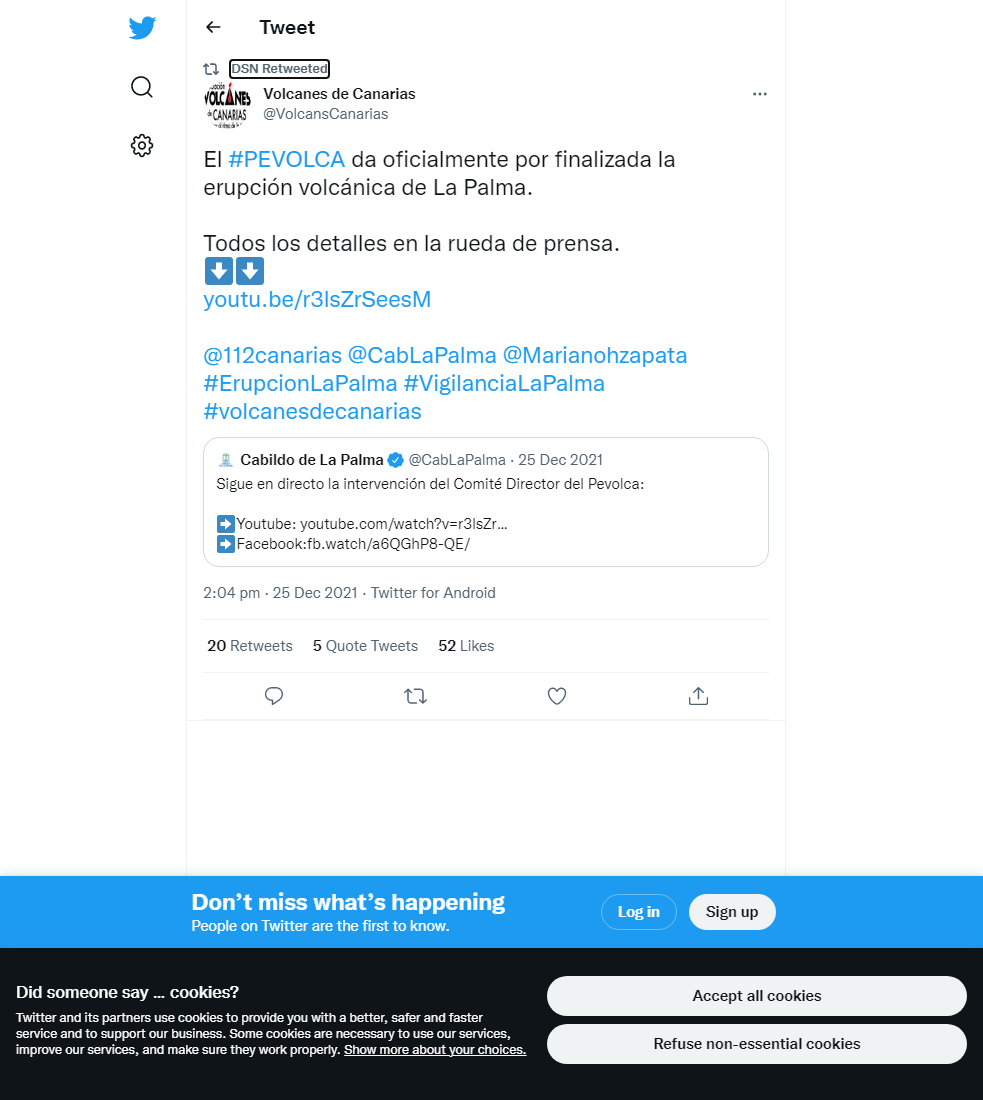 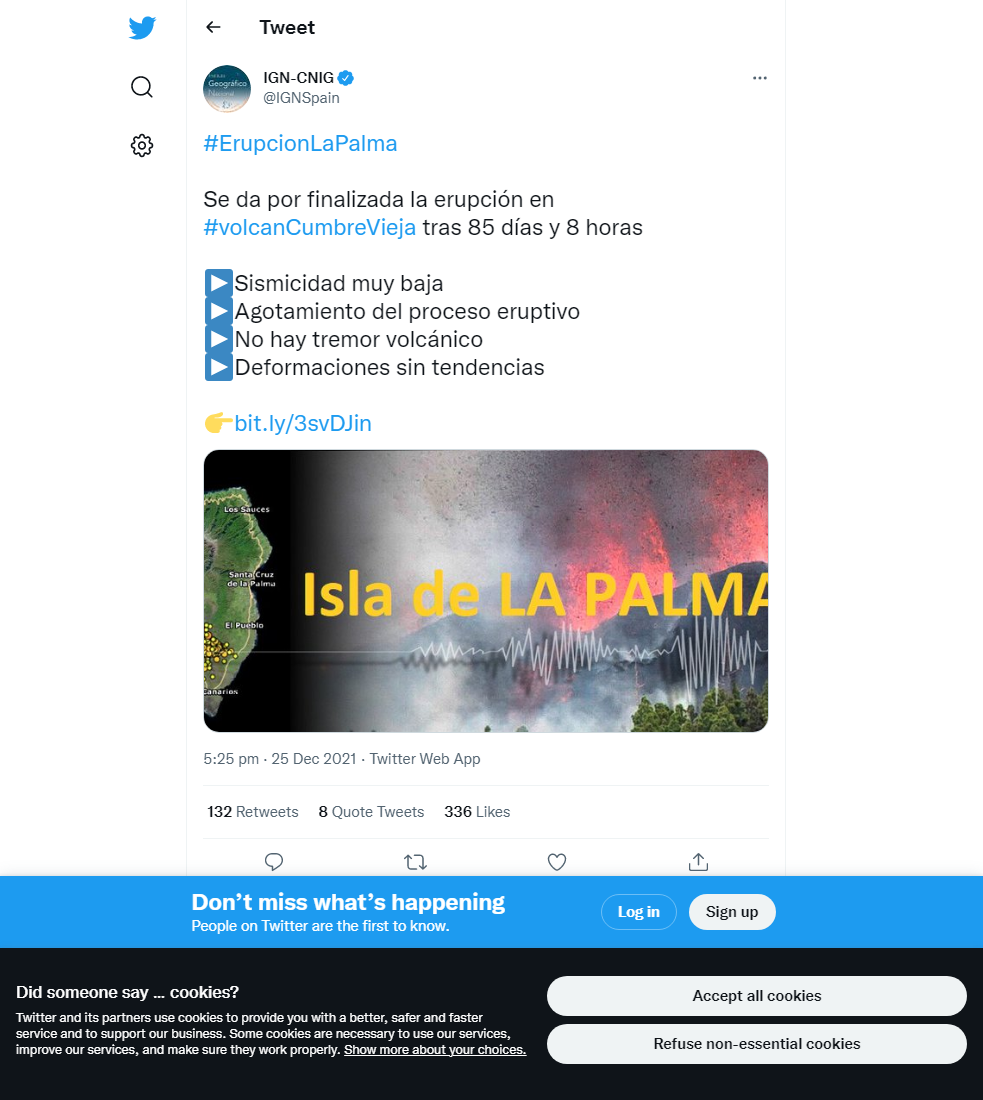 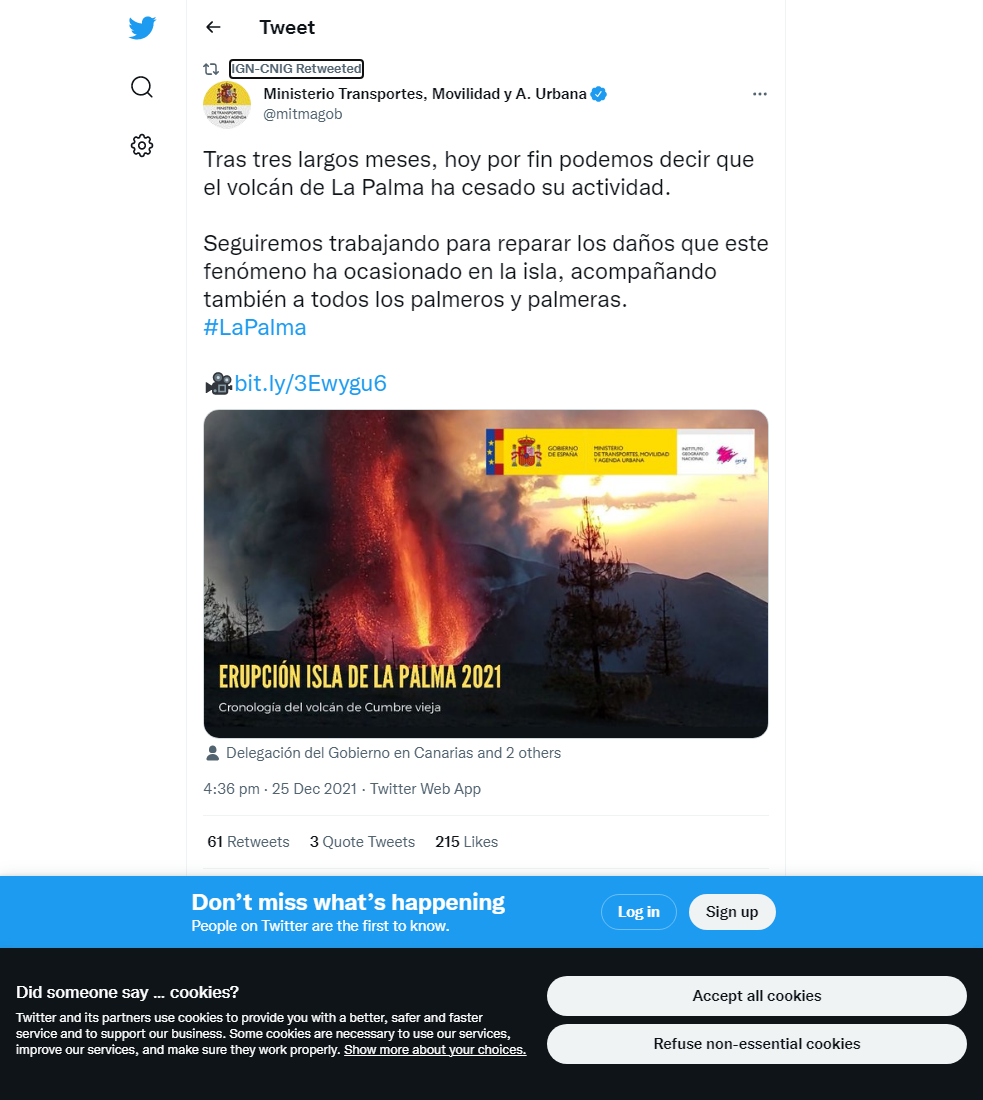 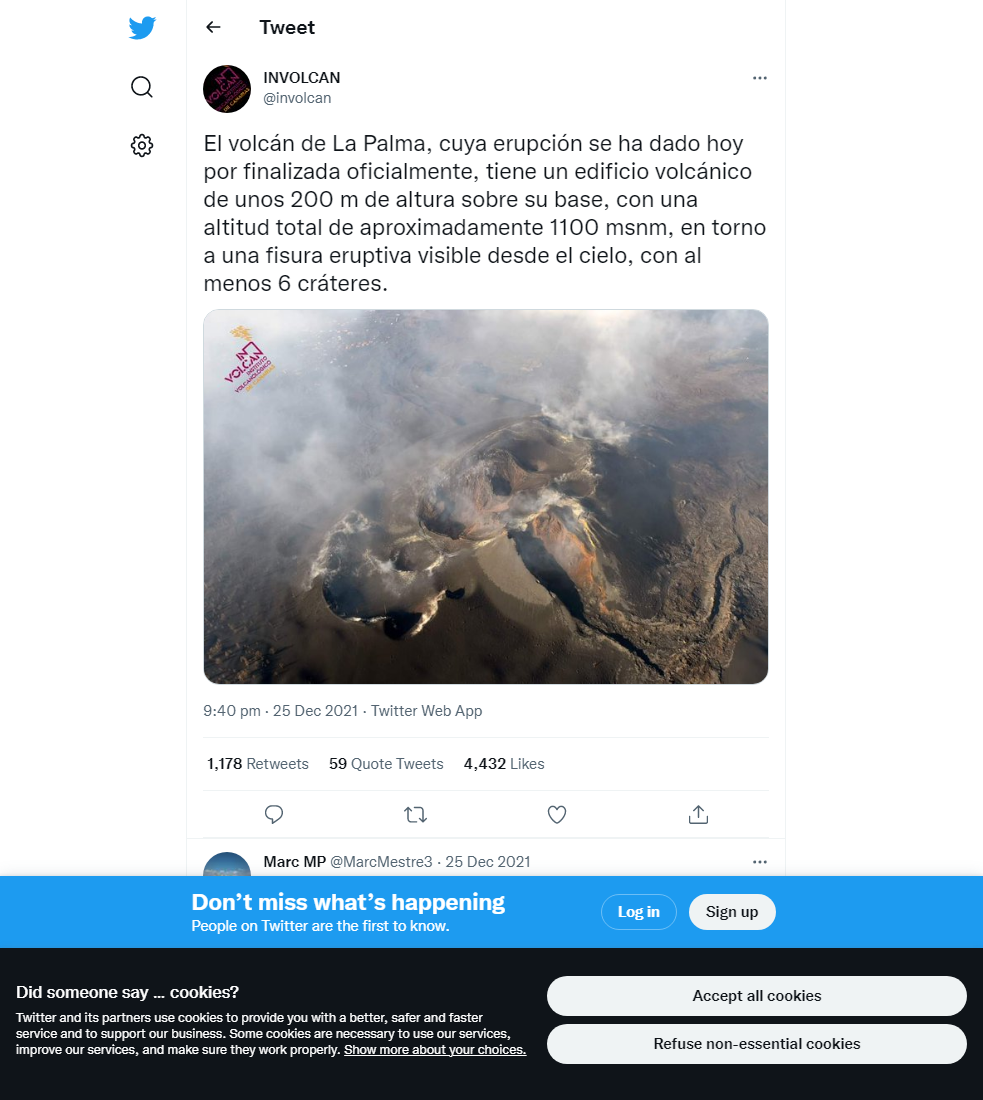